Accessibility links
Billy Edd Wheeler: 'I Can't Rock Anymore, But I Can Still Roll' Shut out of Nashville, the 79-year-old country songwriter has found new outlets for his timeless tunes. 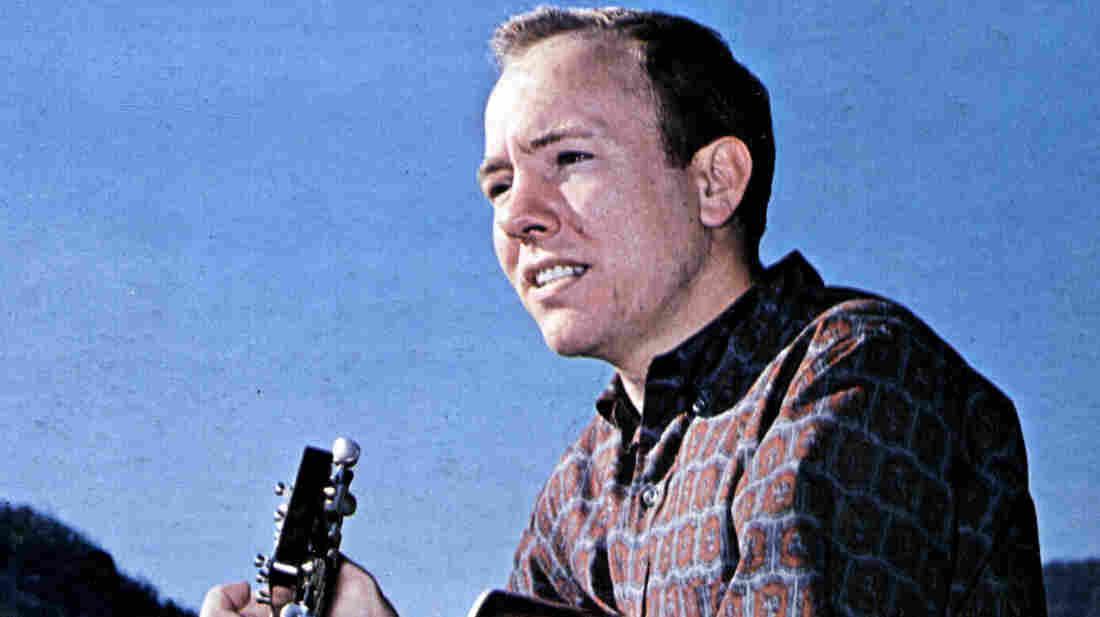 At his peak in the 1960s, Billy Edd Wheeler was writing songs for the likes of Johnny Cash, Neil Young, Elvis Presley and Hazel Dickens. GAB Archive/Getty Images hide caption 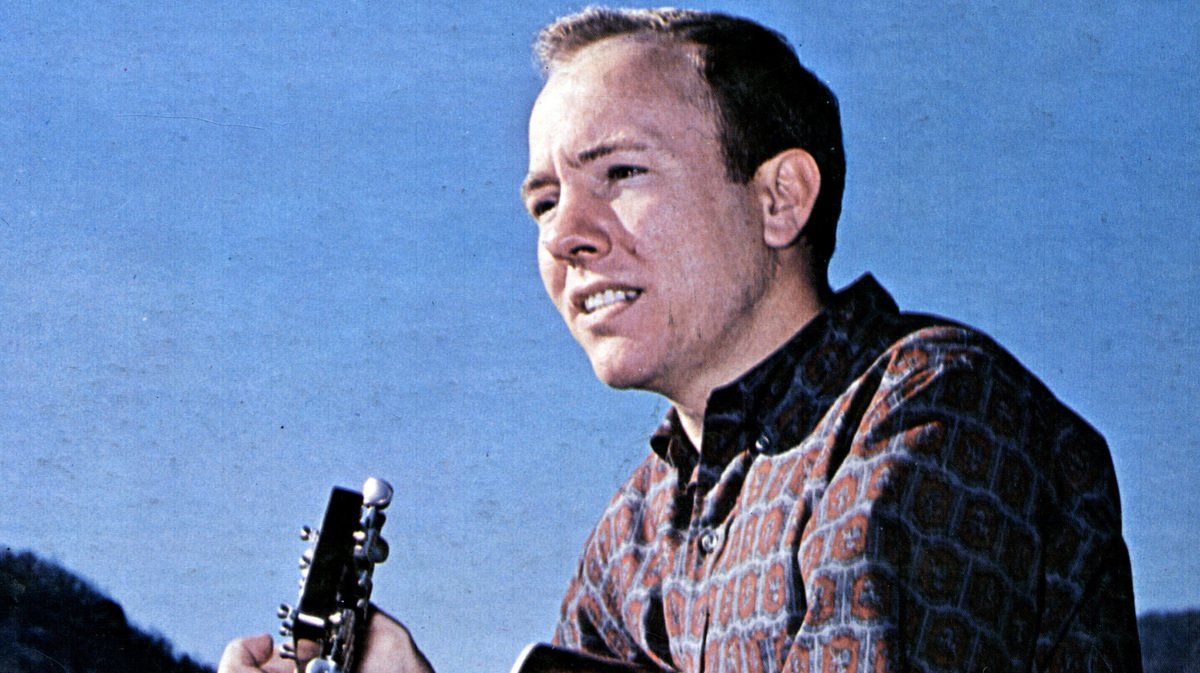 At his peak in the 1960s, Billy Edd Wheeler was writing songs for the likes of Johnny Cash, Neil Young, Elvis Presley and Hazel Dickens.

Even if you've never heard of Billy Edd Wheeler, you might recognize "Jackson," a song he wrote with the help of songwriting heavyweights Jerry Leiber and Mike Stoller back in 1963. It was a Top 20 pop hit for Lee Hazelwood and Nancy Sinatra in 1967, and got to No. 2 on the country charts that same year in a version by Johnny Cash and June Carter.

" 'Jackson' is a fun song," Wheeler says. "It's been my most famous and most lucrative song. It helped build our house."

Wheeler lives down a long, curvy road in Swannanoa, N.C. He says he's still a night owl, and it's in a workshop behind his house that he comes to write songs.

"As you walk in on the right, you see my gold records by Elvis Presley, Johnny Cash, Kenny Rogers, even Pat Boone — Pat Boone was really big in the 1950s," Wheeler says. "On the left is a library. Straight ahead is a huge workbench."

Wheeler is also a playwright — he's written a dozen plays, including four outdoor dramas — as well as a painter. He points out a painting in progress, which shows Johnny Cash holding up a huge American flag.

Wheeler's own story is about as American as they come. He grew up in a small coal-mining town in West Virginia. He didn't get along with his stepfather, and he left home at 16. His early experiences inspired him to write the famous "Coal Tattoo," which was recorded by everyone from Judy Collins to The Kingston Trio and Hazel Dickens. 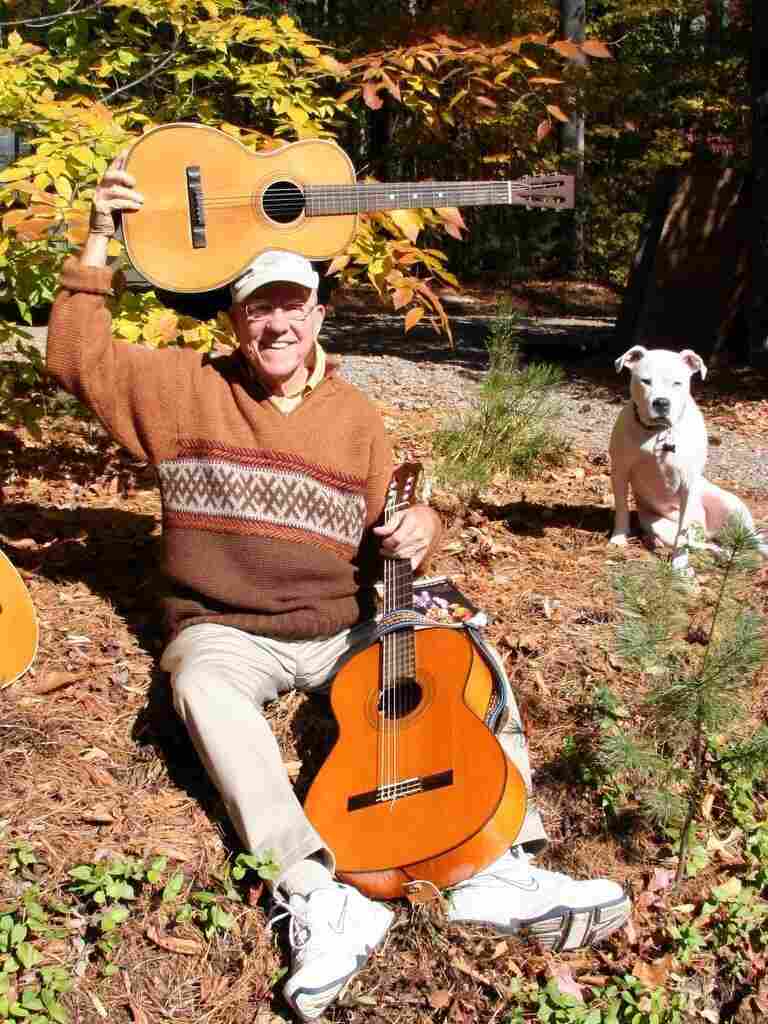 Wheeler today, with his dog Gracie Pearl. Courtesy of the artist hide caption 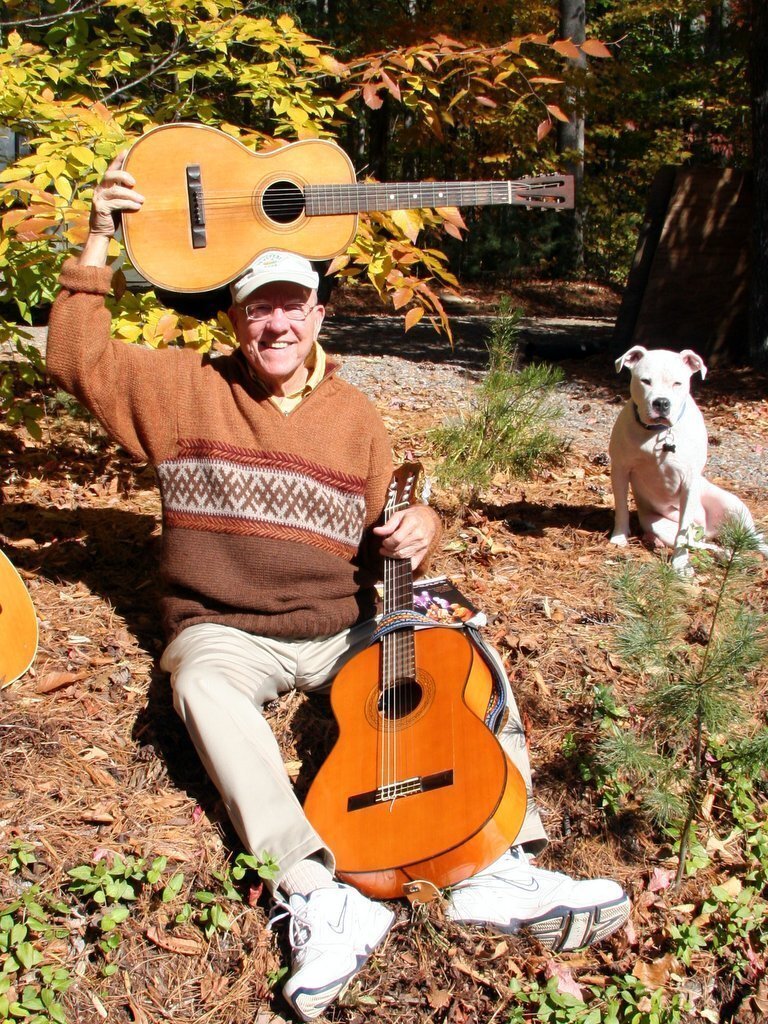 West Virginia was also the basis for his first hit by The Kingston Trio, "The Reverend Mr. Black," a song about a fierce mountain preacher. Roger Deitz, a writer for Sing Out! magazine, says Wheeler brings something to songwriting others can't fake.

"If you write a song about a coal miner or a coal-mining town or whatever, and you come from the suburbs of New Jersey, it probably isn't going to come out right," Deitz says. "Because he's lived and experienced what he's experienced, he becomes a true professional at being able to tell the stories that he tells."

Wheeler left West Virginia and wound up at graduate school at Yale, studying to become a playwright. Then he made his way to New York and teamed up with the hit-making duo of Leiber and Stoller. It was with them that he learned to hone his craft, and it wasn't long before Cab Calloway, Elvis Presley and Hank Snow picked up his songs.

In 1968, Wheeler took his experience and education and moved to Nashville, Tenn., where he continued to write hit after hit — all those gold records that line the walls of his workshop. He was at the heart of the country music industry. But today, Wheeler says he's been shut out completely.

"It's natural that not many of those young writers in their late teens, early 20s, even in their 30s — they don't want to write songs with a 79-year-old man," Wheeler says. "They don't even want to hear an idea. So it's tough."

But even if Wheeler weren't in his late 70s, and even if he still lived in Nashville, he says he couldn't be a part of country music today.

"A good story and a well-sung song is not enough anymore," he says. "You've got to really honk it up. I mean, it's rock 'n' roll. If you can't rock, just stay in bed and roll around. I can't rock anymore, but I can still roll."

There's another reason Wheeler's songs aren't on Nashville's playlist anymore. Randy Poe, president of Leiber and Stoller Music Publishing and former executive director of the Songwriters Hall of Fame, says the industry there operates on a formula.

"I'm a fan of a lot of the music that comes out of Nashville, but Nashville has the same studio musicians playing on every record, [and] basically the same songwriters writing all the songs," Poe says. "It's a factory, but it's a factory that generates a lot of income. So why would anyone want to change that?"

A 'Coming Of The Roads'

In spite of those difficulties, Billy Edd Wheeler is still writing hits. One of his most recent songs hit the top of the bluegrass charts last year. Wheeler co-wrote "No Lawyers in Heaven" with Paul Craft; it's sung by lawyer and guitar player Charlie Sizemore.

From bluegrass to country to folk, Wheeler's songs have appealed — and still do appeal — to a broad range of musicians. One in particular has been covered by countless bands.

"I can't sing it very well," Wheeler says, "but one of my favorite songs is called 'The Coming of the Roads.'"

Wheeler is experiencing his own "Coming of the Roads." New artists have moved in, country music has moved on — and Wheeler says he's fine with that. He keeps writing and painting, and unlike the lyrics of this song, his treasure has yet to turn to rust.