Accessibility links
Backs To Scratch: Romney Has An Ally In Indiana While the state is expected to vote solidly Republican in the presidential election, it may not lean to the right in the U.S. Senate race. Romney campaigned in Indiana Saturday and showed his support for candidate Richard Mourdock, who could help his campaign — and possibly even his administration. 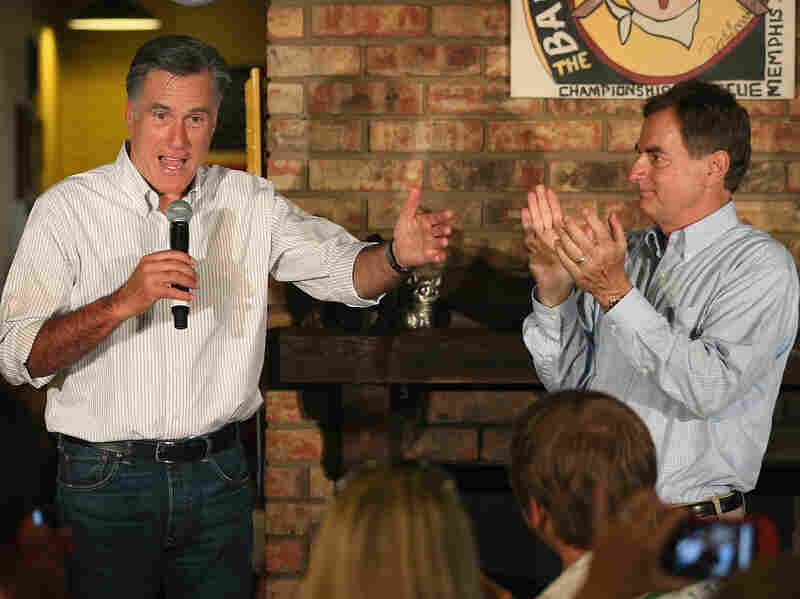 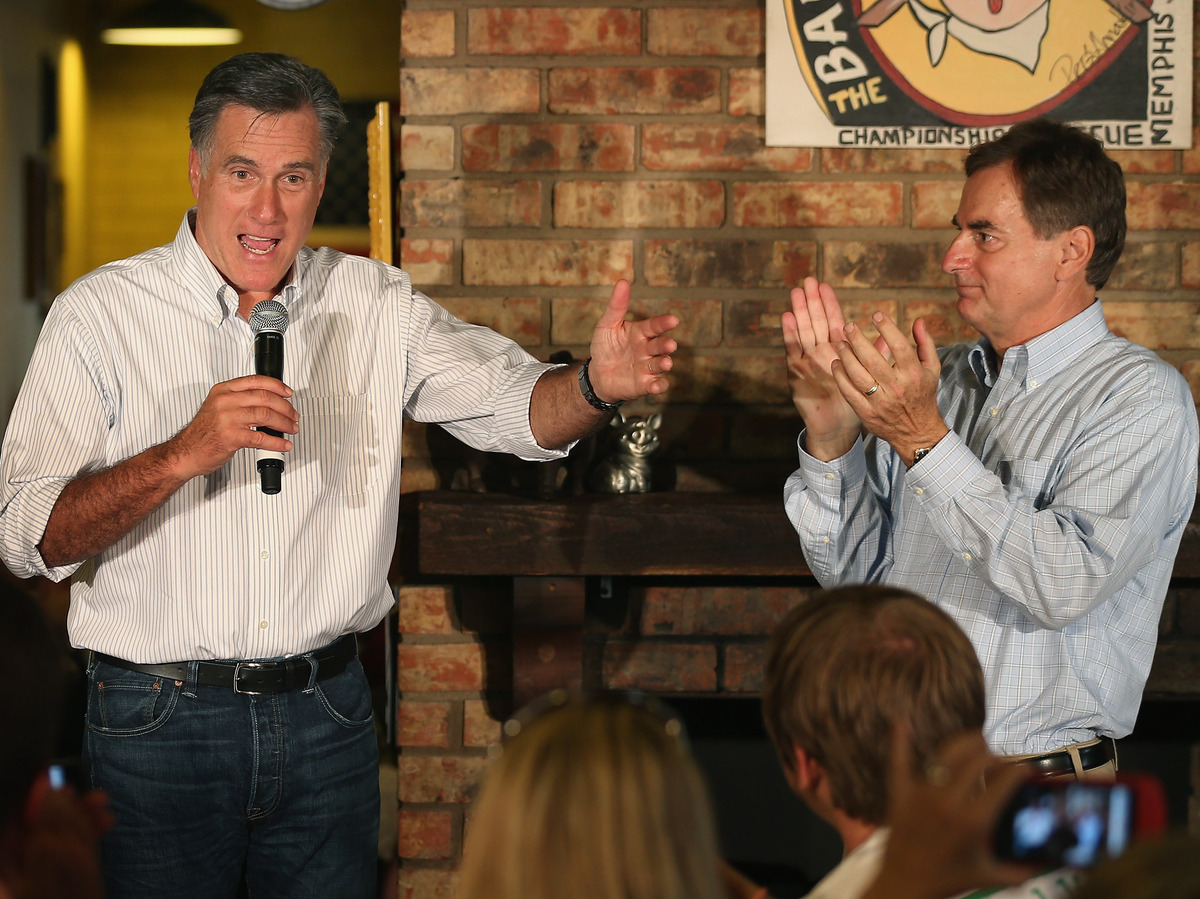 Republican Mitt Romney campaigned this weekend in a state that has not seen much of either presidential candidate. Nobody considers Indiana a toss-up in the presidential race.

But the Senate contest there is a different story. It's a very close race, and the result could determine which party controls the Senate next year. So Romney showed up at a barbecue shack in Evansville to give the conservative Republican candidate a boost.

'Help Me Elect This Guy'

Now, Mourdock faces Democratic challenger Joe Donnelly. The Republican promises that if Indiana sends him to Washington, he'll put all his weight behind moving the Senate to the right.

"We cannot have another four years of the bankrupt policies of Barack Obama," Mourdock says.

Romney dropped in to Stepto's Bar-B-Q Shack in Evansville on Saturday to put a little weight behind Mourdock.

"This is a man I want to see in Washington to make sure that we can not just talk about changing things, but actually have the votes to get things changed," Romney said. "Will you help me elect this guy as the next U.S. senator?"

This is kind of a you-scratch-my-back-I'll-scratch-yours arrangement for Mourdock and Romney. Their joint appearance helps Mourdock get money and national attention. It helps Romney cement his reputation with the Tea Party voters who were skeptical of him during the primaries.

Indiana is basically a Republican state, but polls show that this Senate race is essentially tied. The Democratic candidate, Donnelly, promises to continue Lugar's tradition of bipartisanship.

He's trying to portray Mourdock as an extremist. One of his TV ads uses Mourdock's own words against him.

"Think Tea Partier Richard Mourdock will work with both parties to get things done? Hardly," the ad says. Then, it plays a clip of Mourdock himself: "To me, the highlight of politics, frankly, is to inflict my opinion on someone else."

Indiana is the rare state where Democrats could pick up a Senate seat that's currently held by Republicans.

This race could even determine which party controls the Senate next year. That's important to Romney, as he explained at a news conference on Friday when a reporter asked how long it would take to overhaul the tax code.

"The length of time for tax reform, if I became president, is dependent in part on whether we elect Republicans in the Senate and the House, and by what number," he said.

In 2008, President Obama flipped Indiana blue by just one percentage point. It was the first time the state chose a Democrat for president in 40 years. Nobody expects him to win the state this time.

Unimpressed With The Options

Around the corner from the barbecue shack, Jeff Goodwin held a yard sale. He's a truck driver, and a disappointed Democrat.

"I've thought about it, and ... this could be the first election since I've been 18 I've not voted," he says. "I'm not happy with Obama, and Mitt Romney, he's not showed me anything that I'm impressed with."

Steven Myer browsed through the piles of toys and clothes. He works in a plastics factory, and he says this is a really scary time.

The factory says it doesn't know if will have to lay people off, Myer says.

"Business is slow, you know? Where I work, we've got 52 machines. Less than half of them are running right now," he says.

He doesn't know much about Romney, but he's ready for someone new in the Oval Office.