Accessibility links
Kansas GOP Campaigns To Exile Moderates Moderate Republicans have come under attack in primaries across the country this year, but the split in the GOP is perhaps older and sharper in Kansas — and it comes to a head Tuesday. "Bridges have been burned," says one candidate. "Everybody is all-in this election." 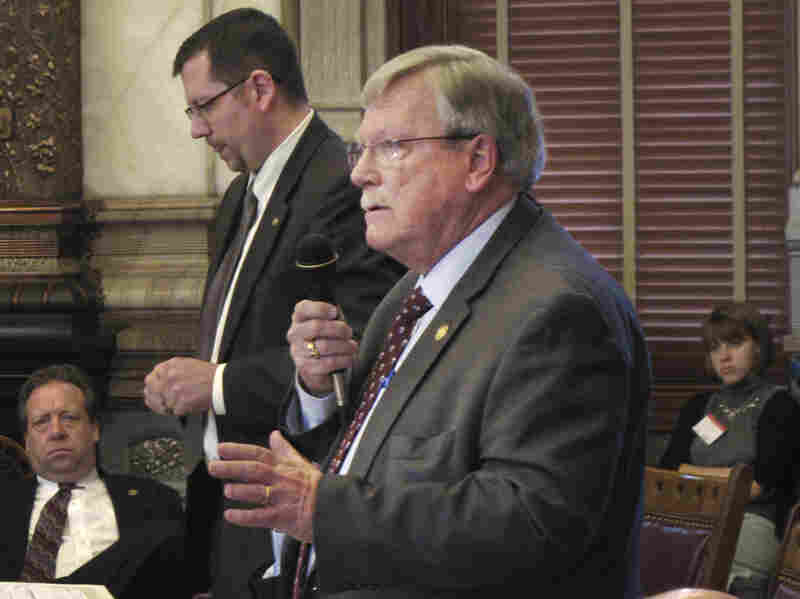 "We have met the enemy, and the enemy is us," says Kansas state Sen. Tim Owens, who's facing a tough re-election bid this Tuesday. John Hanna/AP hide caption 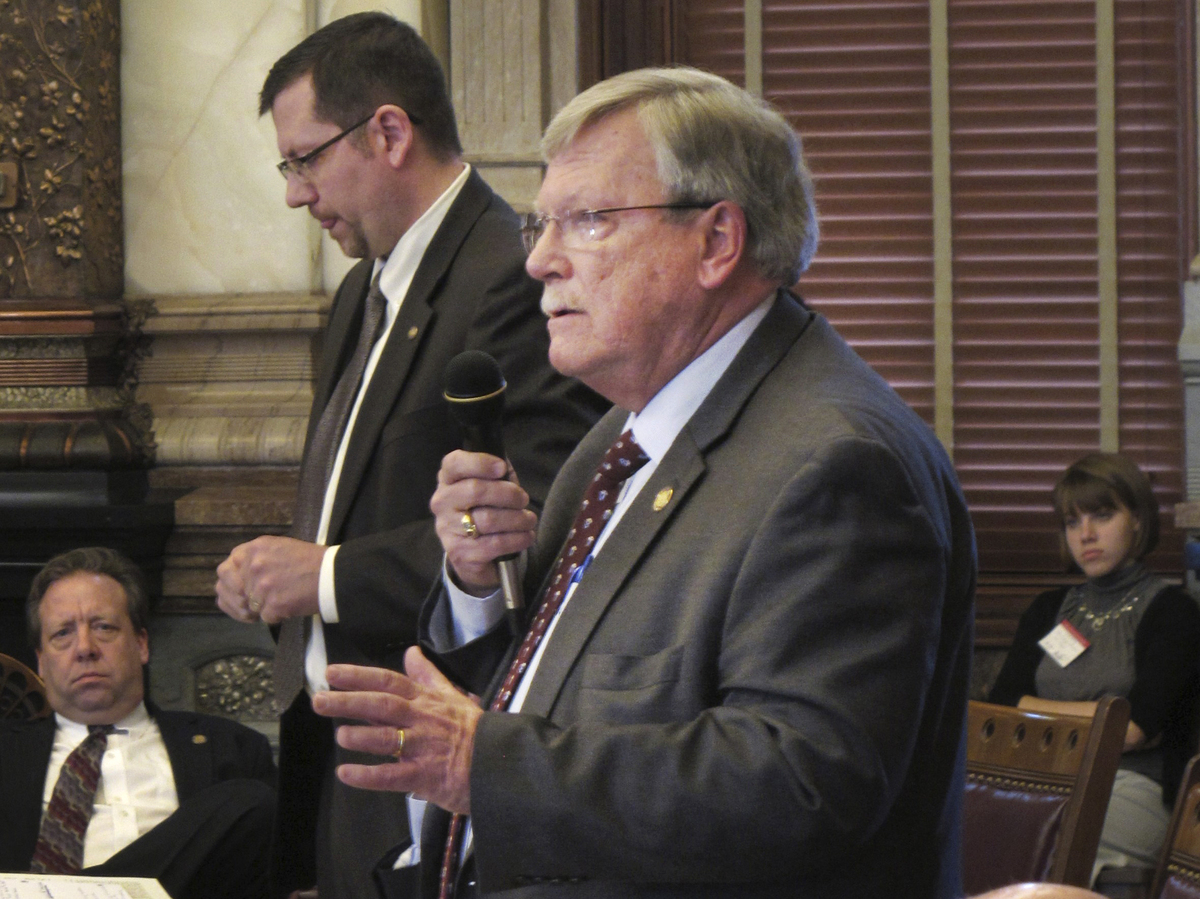 "We have met the enemy, and the enemy is us," says Kansas state Sen. Tim Owens, who's facing a tough re-election bid this Tuesday.

Moderate Republicans have come under attack in primaries across the country this year, but the split in the GOP is perhaps older and sharper in Kansas — and it comes to a head Tuesday.

"I think the lines have been drawn in the sand. Bridges have been burned. Everybody is all-in this election," says Jim Denning, one of the conservative candidates for the state's Senate.

The Republican statehouse primary is a savage fight fueled by money from the Koch brothers and labor unions, with big consequences for the citizens of Kansas.

When it comes to the political map, Kansas isn't just red, it's a stoplight. It's molten lava. Republicans hold every congressional seat, all the big statewide offices and both chambers of the legislature. But despite their lock on power, Kansas Republicans don't generally get along.

"We are our own worst enemy," says Tim Owens, who is a state senator – and struggling to stay that way.

Owens is waging one of the toughest campaigns in a 30-year political career. Today he's dispensing yard signs at a strip mall in his prosperous suburban Kansas City district — and examining some of the mail bombarding his constituents. One reads, "Obama sought a robot, and found one."

"And they've got Obama and me, which is absolutely ridiculous," Owen scoffs.

Owens is a lifelong Republican, so this is pretty scandalous stuff, and it's coming from his own party.

"Being a conservative Republican, I'm not crazy, I'm not vicious," he says. "I'm a very reasonable human being."

Denning says moderates have stepped out of line. They've teamed up with the few Democrats in the state Senate to block stridently conservative legislation coming from the state House and the governor's office.

Jeff Melcher, who runs an IT firm called NetStandard, is vying for state Senate seat now held by a moderate.

"There is a party for people who want big government and high taxation, and that's the Democrat Party," he says. "And that's where a lot of the moderates belong."

The moderates have had their chance, and it was a failure.

Moderate Republicans have made common cause with of some of the state's biggest labor unions. Meantime, Wichita, Kan.-based Koch Industries, owned by the famously activist Koch Brothers, has been fueling conservative campaigns.

Burdett Loomis, a political science professor at the University of Kansas, says it's strange to see Gov. Sam Brownback working to dismantle powerful incumbents within his own party.

"To have this kind of absolutely brutal internecine warfare is certainly unprecedented," he says.

But it's not completely unexpected. Conservatives like Melcher want to change the way schools are funded, deepen budget cuts and eliminate state income taxes. He says he's sick of moderate Republicans standing in the way.

"The moderates have had their chance, and it was a failure," he says.

Pat Colloton is running against Melcher, to represent the 11th district in well-heeled Johnson County.

"The Johnson County businesses want to keep what we've got. We don't want to lose it to a completely different model," she says, the "grand ideological plan, speculative ideas of the Koch Brothers."

There is one thing moderate and conservative Republicans agree on: This election is one of the most important in state history. It looks like turnout, however, will be light on Tuesday, when perhaps only one-fifth of Republicans vote on the future of Kansas.