Accessibility links
'American Dream,' Betrayed By Bad Economic Policy Journalists Donald Barlett and James Steele say a government commitment to free trade and an indifference to offshoring of jobs has crippled the middle class. And, they say, that situation is unlikely to change, no matter who wins this year's presidential election. 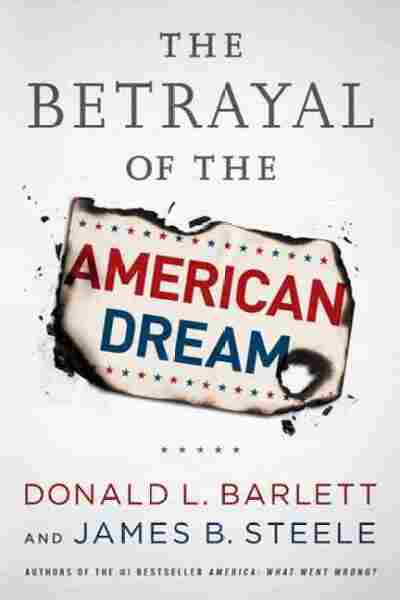 The Betrayal of the American Dream

by Donald L. Barlett and James B. Steele

Title
The Betrayal of the American Dream
Author
Donald L. Barlett and James B. Steele

A lot is at stake in the current election, but no matter who wins, the victor will stay committed to policies that cripple the middle class. That's according to Pulitzer Prize-winning reporters Donald Barlett and James Steele, who've been covering the middle class for decades.

In their new book, The Betrayal of the American Dream, Barlett and Steele criticize a government obsessed with free trade and indifferent toward companies that outsource jobs.

"Everyone loves Apple. Apple makes nothing in this country anymore," Barlett tells NPR's Steve Inskeep as an example. "But then, look over here on the other side and you have Intel, and their plants are massive, and they are good-paying jobs. They continue to invest in this country. And what we need in this country now are more Intels and fewer Apples."

For models of how to boost manufacturing and job growth in the U.S., Barlett and Steele look abroad. "Germany has had a fairly good record in recent years," Steele says. When the global financial meltdown happened, Germany adopted a policy that subsidized companies in order to help them keep employees on the rolls. "It's one of the reasons the German unemployment rate is much lower than in this country," he says.

But are those German jobs good ones? The New York Times reported last year that German wages are relatively low, leaving many people unable to pay their bills. "There's no doubt that this is true with some parts of the German workforce," Steele says. But he points out that German factory workers do considerably better than their American counterpoints in terms of wages and benefits.

Barlett and Steele write that they'd like German-style government support for American companies that preserve jobs. They also recommend tariffs on countries that do business differently than the U.S. "One of the real ironies in this time in history is that we will go to a shooting war at the drop of a hat," Barlett says. "But suggest a trade policy that might result in a trade war and everybody runs screaming. That's nonsense."

"We're not suggesting putting up walls around the United States," Steele adds. "But when an industry is threatened, when there's some bit of unfair competition, we need to respond, and we have never done that in any kind of systematic way. Every other country out there knows that, and as a result of that, they can continue to thumb their nose at our attempts to open those markets." 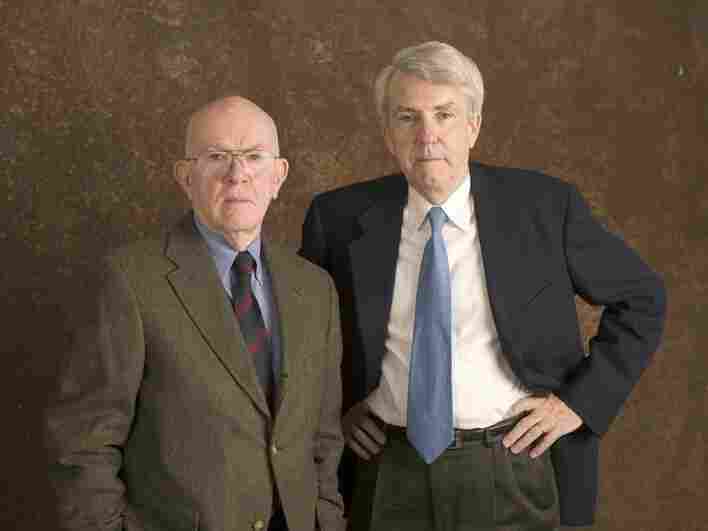 Donald L. Barlett and James B. Steele are the authors of America: What Went Wrong? Nick Kelsh/PublicAffairs hide caption 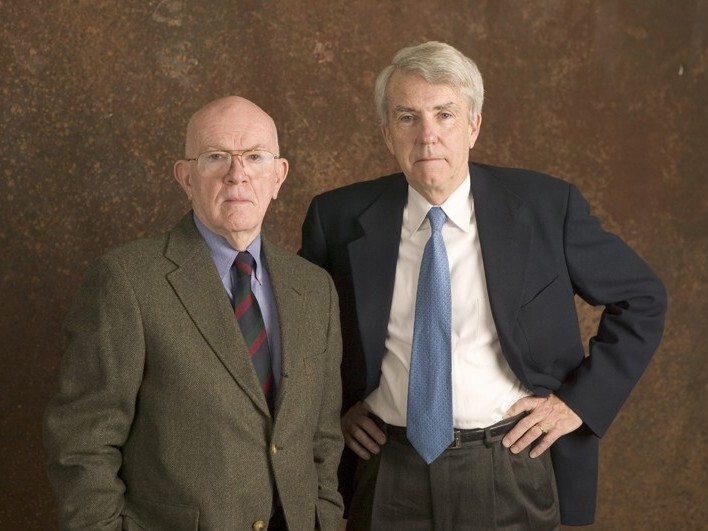 Donald L. Barlett and James B. Steele are the authors of America: What Went Wrong?

Steele says most Americans don't realize that other countries don't have the kind of trade deficit that the U.S. does, and he links that deficit to the unemployment situation. "That has led to the elimination of all kinds of jobs, and they've not been replaced by jobs paying commensurate pay."

But what about people who say that it's too late; good manufacturing jobs are gone and they'll never come back? "We're realists," Steele says. "We don't think the likelihood of bringing many of those jobs back is possible. We think the best hope is to try to deal with the manufacturing we have left ... that will ultimately be very good for working Americans everywhere."

Read an excerpt of The Betrayal of the American Dream