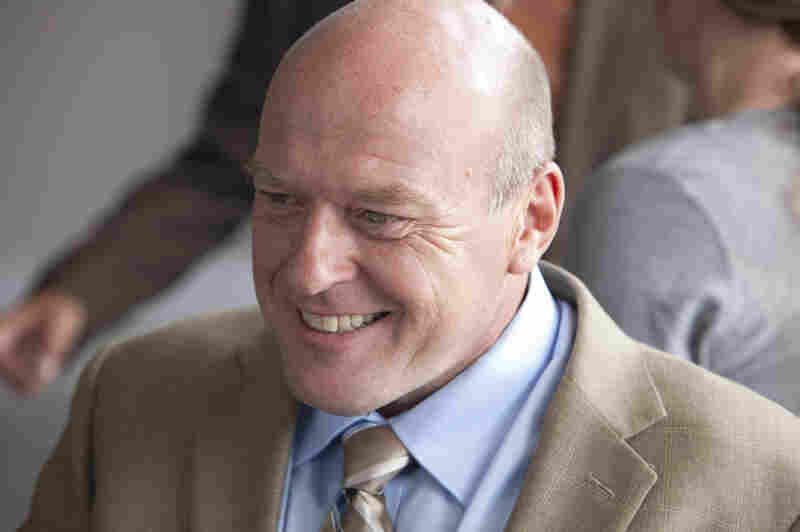 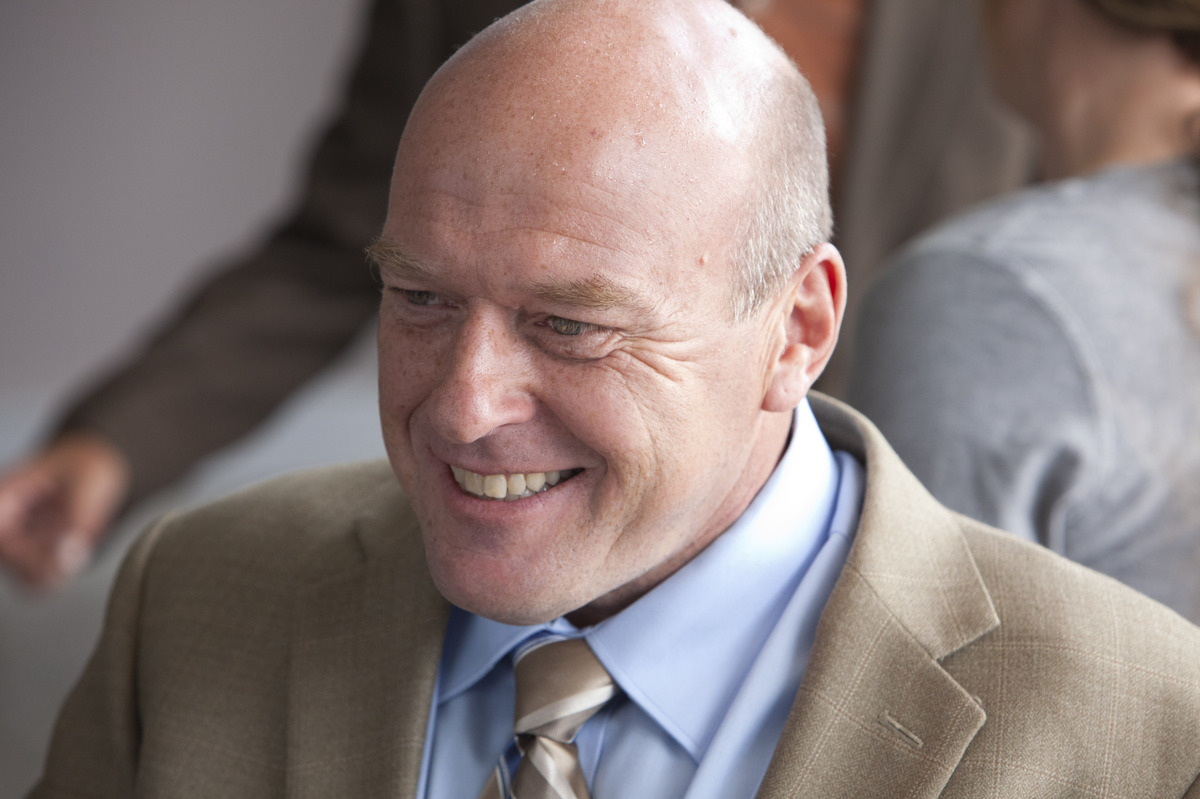 With each season of AMC's Breaking Bad, Dean Norris' character, DEA agent Hank Schrader, has evolved from a knuckleheaded jock into a complex, sympathetic and even heroic counterpoint to the show's anti-hero, high-school chemistry teacher turned meth cook Walter White. And to further complicate matters, Schrader and White (played by Bryan Cranston) are brothers-in-law.

What Norris' character has yet to find out is that White is Heisenberg, the shadowy chemist at the heart of the drug ring that Schrader is obsessed with uncovering. No one outside the show, critics included, knows what's in store, but one thing's for certain: Schrader and White are on a collision course.

Norris tells Fresh Air's Terry Gross that his character "has known Walter White for a long time, and he's only known him to be this kind of ineffectual, milquetoast kind of guy ... so the concept of seeing him or even possibly imagining him as some sort of meth cook and a man who could function in that environment is just beyond ridiculous."

As audiences wait to see if Schrader will find out the truth about his brother-in-law, Norris says that when it comes to playing the role of the DEA agent, it was important to him and to show creator Vince Gilligan "that we don't make him look stupid. He's a good cop, he just hasn't put the pieces together yet."

The AMC series Breaking Bad has garnered three Emmy nominations for Outstanding Drama Series and has won six Emmy Awards. The show is currently in its fifth and final season.

On why he's so often cast as law enforcement

If you stop in any doughnut shop, and you see three cops eating doughnuts, one of them is gonna look like me.

"Well, you know, if you stop in any doughnut shop, and you see three cops eating doughnuts, one of them is gonna look like me. I don't know why that is ... but I guess you have a certain look, it's kind of an authoritative law enforcement-type look, and that look is certainly the first thing that people cast you with before you get a chance to do some acting."

On why he decided to become an actor

"It was a tough decision, because I went to Harvard, and I was the first kid in my family to go to college — my parents didn't go to college. ... So on one level, you're like, wow, here's the lottery out of the lower middle class by getting this ticket into Harvard. And I had a choice to either go into investment banking or pursue acting, and I talked to a lot of people. I had done some plays with the American Repertory Theater there in Boston, so I had other professional actors who were making a living ... and I asked them what they thought my chances were. ...

"And I figured these guys all made a living. They didn't make as much money as someone on TV or film, but I said, I'm standing backstage in some tights and a codpiece, watching grown men onstage, and it was just electric. There's 800 people out there, and there's just something magical about being backstage, ready to go onstage, and all your colleagues are out there. And I said, man, if this is as good as it gets and I can do this the rest of my life — be a repertory actor — I'd be a happy man."

"There are virtually no words in a five-minute scene, so it was all done by our eyes, and being worried, and being scared. And the director literally just would talk me through the scene, would put the cameras on and say: 'Look scared, look left, look right, look really scared. Now you're relaxed a little more, now you're really, really, really scared.' It was an amazing scene to do.

"And when the shootout came, that was something as well, because if you're in the car, in order to make the glass break as if it's been shot by a bullet, there's essentially a gun on the inside of the car that shoots out, and if you happen to get your hand in front of that, it wouldn't be very pleasant. And it's a very tense situation, there's a lot of cameras going, there's a lot of money being spent, and you have to make sure you don't move this way, move that way, don't move your head too far that way; you gotta feel the bullet coming in. ...

"There are all these external things that are going on, and you're just trying to stay in this character's head, so it was a really challenging and fun thing to shoot. I didn't have a sense of how that scene would resonate until we really saw it in the finished product, because they put that scene together in just a phenomenal way. Something about that scene, even if you know the ending of that scene, you can still watch it and you'll get chills right up to the end."

On finding success as a middle-aged actor

"I was always playing 10 years older than I was because I was losing my hair, and I just had that kind of look. So I was playing 35-year-olds when I was 25, always playing 45-year-olds when I was 35. And I always felt when I got into my mid- to late-30s, that would be the time when I would be playing characters that fit who I was. ... I think people kind of hit their peak when they're young, and I have no complaints because I made a really good living. ... I would rather be having all this stuff happening now than having had it happen at 25 and not happen again."