Accessibility links
Would-Be Parents Wait As Foreign Adoptions Plunge Strict regulations to combat baby-selling and fraud have meant the process of adopting a child can take much longer. Many nations also now feel stigmatized for sending babies abroad. As a result, some advocates say, many children are languishing in orphanages. 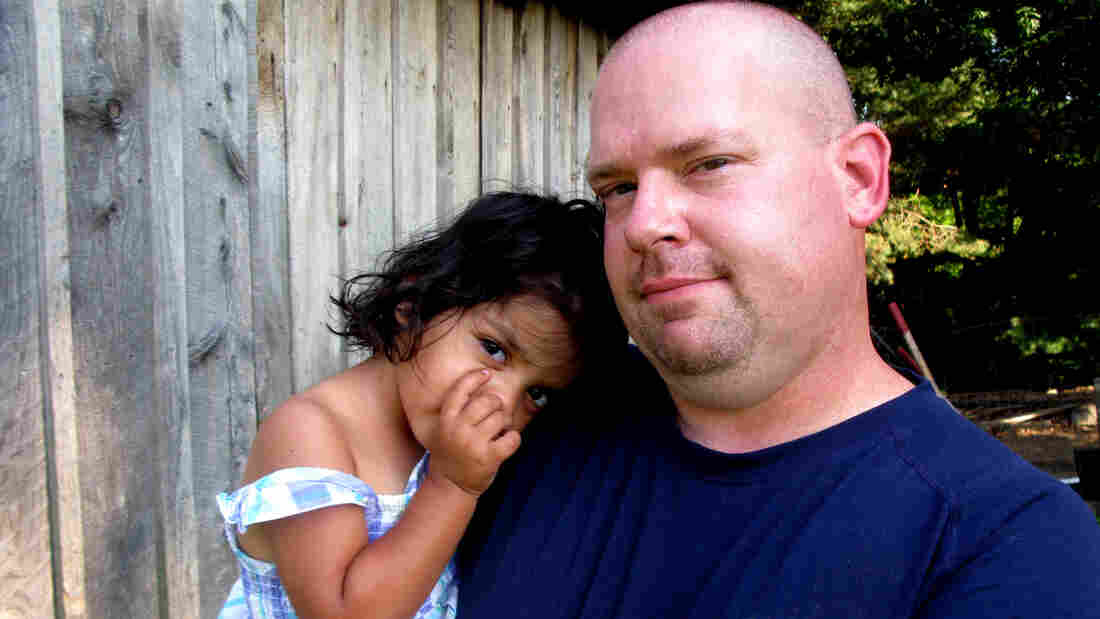 When Barb and Mike Cannata adopted their first daughter from China almost a decade ago, the process was smooth and relatively quick — just 17 months from start to finish.

Now a chatty and confident 9-year-old, Emma is an accomplished equestrian with her show horse, Ajax. But the family had trouble explaining to Emma why it took so long to get her a little sister.

When the Cannatas decided to adopt again in 2007, Barb Cannata says, everything had changed. They ruled out China early on.

The era of the boom time for international adoption, I think, has passed us by.

"People were saying that they were waiting three or four years, and I know it's even longer now," she says. "We were like, 'No, I don't really want to wait that long.' "

The couple considered Guatemala, but because of a baby-selling scandal, adoptions there had been suspended. They settled on Vietnam and spent months compiling the long list of documents for their dossier.

Slowly, the Cannatas moved up the waiting list, and by June 2008, the couple had reached No. 5, Barb Cannata says.

But soon after, the U.S. suspended adoptions from Vietnam because of concerns about fraud.

"It was a very emotional roller coaster," she says. "I know I was a basket case."

Mike Cannata says he tried to stay strong and positive, but "it got to the point where we couldn't even talk about it."

"The era of the boom time for international adoption, I think, has passed us by," says Adam Pertman, head of the Evan B. Donaldson Adoption Institute. "International adoption used to more or less occur under the radar, and it was pretty much the Wild West. 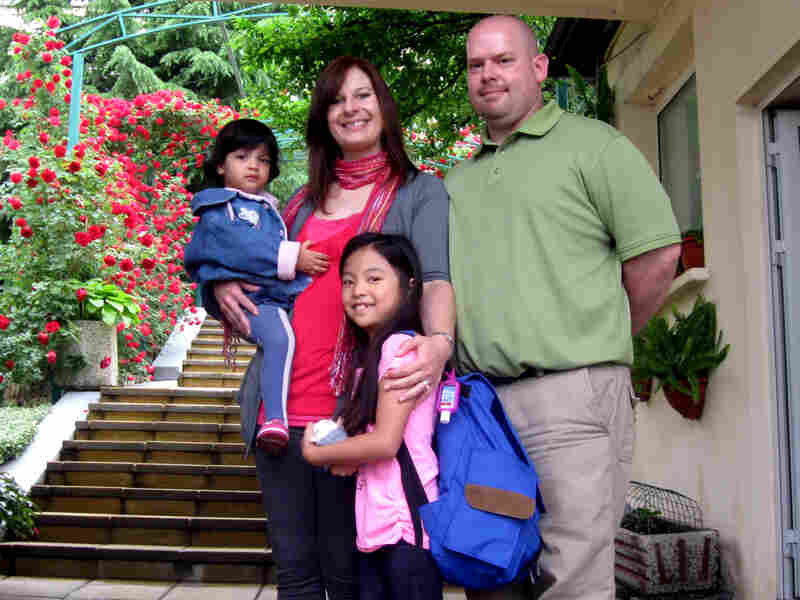 The Cannata family at their home in rural Pennsylvania. Mike and Barb Cannata's second adoption experience was much more difficult than their first. Courtesy of the Cannata family hide caption 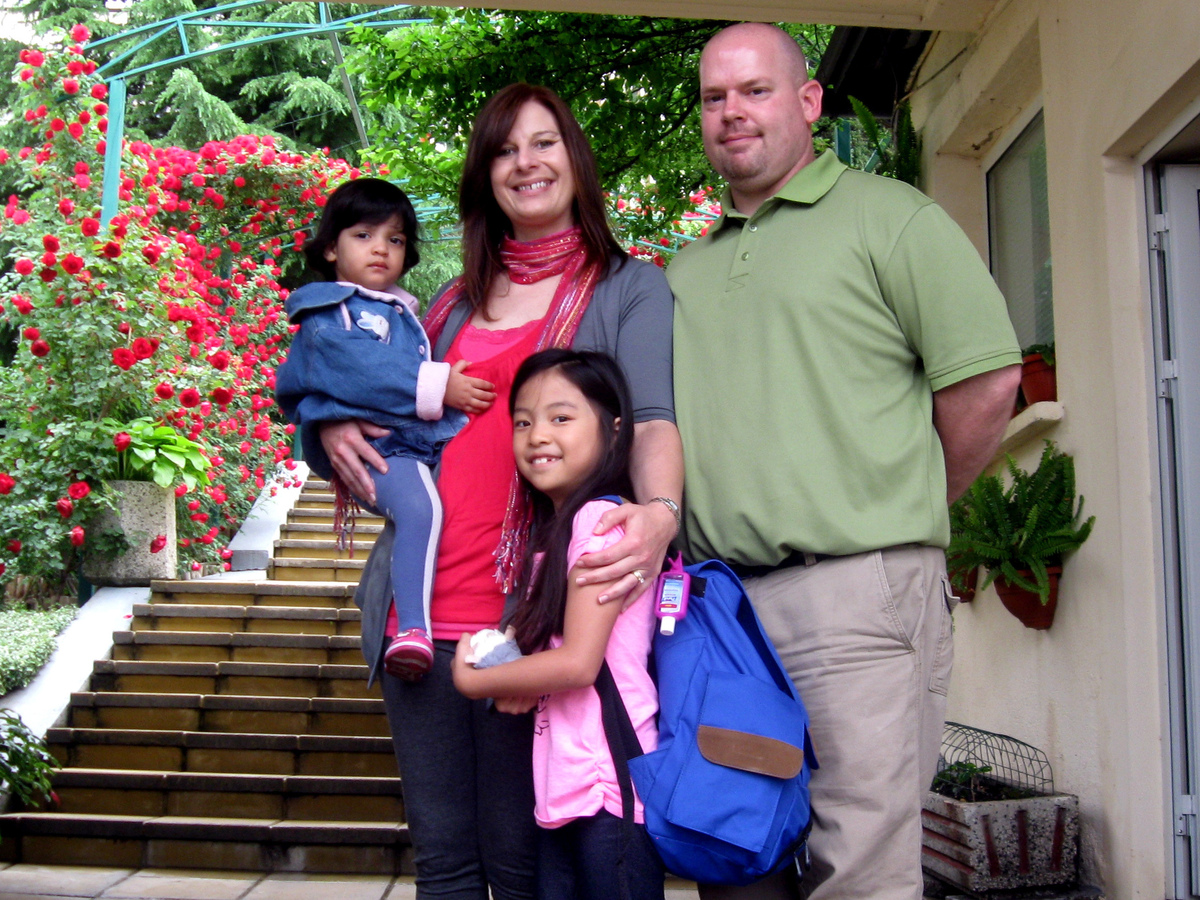 The Cannata family at their home in rural Pennsylvania. Mike and Barb Cannata's second adoption experience was much more difficult than their first.

Courtesy of the Cannata family

With allegations of baby trafficking and fraud widespread, the U.S. and other nations have signed onto the Hague Adoption Convention, which imposes strict regulations to ensure transparency throughout the adoption process. While Pertman says the agreement is much needed and well intentioned, he fears some countries have overreacted, shutting down adoption programs altogether as they struggle to meet the new standards.

The media has also had an impact. Press coverage was intense in 2010, when a Tennessee mother returned the 7-year-old son she had adopted from Russia, sending him back on a plane alone. Russia reacted angrily and quickly restricted adoptions to U.S. families.

Many nations also feel increasingly stigmatized for sending their babies abroad. Both Russia and China are now encouraging domestic adoptions over international ones.

In the wake of these shifts, international adoptions to the U.S. have plunged by more than half in the past eight years, from a peak of nearly 23,000 in 2004 to fewer than 10,000 last year.

That drop has been a big adjustment for many adoption agencies. "We took quite a financial loss the very first year that this decline happened quite suddenly," says Jodi Harpstead, head of Lutheran Social Service of Minnesota, which handles adoptions. "We've had to readjust and downsize."

In July, Harpstead also stepped in to help run one of the biggest players in international adoptions, Children's Home Society and Family Services. It was hit so hard by the adoption decline that it faced severe financial problems. Hundreds of other agencies, primarily smaller ones, have closed altogether.

The Changing Face Of Adoption

Harpstead says there are still children to adopt overseas. But, she says, they're likely to be older and to have some type of special need.

"We also have children with some medical needs," she says, "some mild, some severe. And then sometimes sibling groups, where the hope is that a family will adopt two or three children instead of just one."

The Joys, The Challenges Of Adopting From Ethiopia May 15, 2012

Pertman says these children are paying a price as the adoption process drags out. He says many tens of thousands are left languishing in foreign orphanages.

"We know that orphanage life, institutional care, diminishes children," Pertman says. "They lose IQ points every day. They lose the ability to attach to other adults, they get stunted developmentally, there's psychological damage, every day."

After considering four different countries and putting in five years of effort, the Cannatas finally have a second daughter. They brought home 2-year-old Bella from Bulgaria this spring.

The couple agreed to take a special needs child to hopefully speed up the process. Despite a speech delay, Bella is bubbly, cuddly and adjusting well, considering, Barb Cannata says.

"Bella has been in the orphanage since she was a newborn," she says. "It's just sad. We could have taken her two years ago. We were ready. We could have been matched with her."

Cannata says she understands the need for transparency, but doesn't understand why the process takes so long. Still, she and Mike say their wait was worth it. They have the daughter, they say, who was meant to be part of their family.