Accessibility links
Older, Tougher — But Will The Tea Party Be Stronger? Polls showed public support for the movement falling off significantly. But the Tea Party remains a force in many states. Its favored candidate for the U.S. Senate won big in Texas last week, sending the strongest signal yet that the movement will be a factor this fall. 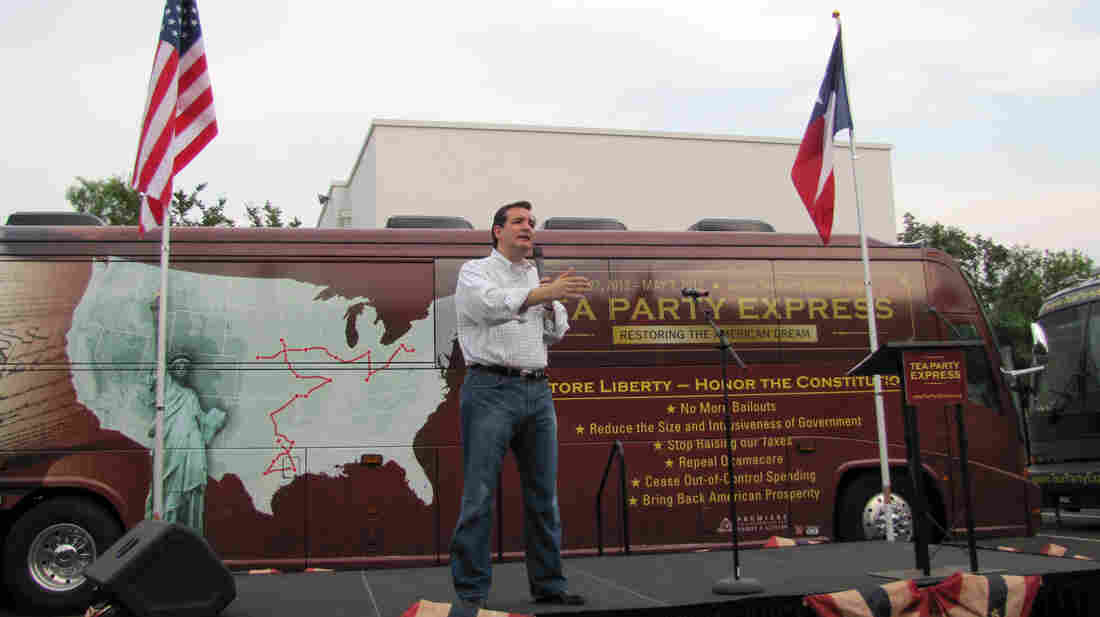 Ted Cruz, Republican candidate for the U.S. Senate, speaks at a rally organized by the Tea Party Express in San Antonio in May. Hernan Rozemberg/AP hide caption

The 2010 elections were a coming of age for the Tea Party, with big gains in Congress and in statehouses. As 2012 approached, the movement was looking for similar success. Then came this year's GOP presidential primaries, with no surviving Tea Party favorite.

Polls showed public support for the movement falling off significantly after several nasty showdowns in Congress. But the Tea Party remains a force in many states. Its favored candidate for the U.S. Senate won big in Texas last week, sending the strongest signal yet that the movement will be a factor this fall.

Yes, the big Tea Party rallies of 2009 and 2010 seem to have vanished. The noisy confrontations at town halls seem a thing of the past, too. And the movement's biggest champion in the media, Glenn Beck, no longer holds forth daily on Fox News.

But just ask Ted Cruz about the clout of Tea Party supporters who packed the hall where he gave his victory speech.

Last week, Cruz claimed his victory over his primary opponent, Lt. Gov. David Dewhurst, who was favored by the GOP establishment.

"Millions of Texans, millions of Americans, are rising up to reclaim our country to defend liberty and to restore the Constitution," Cruz said.

Cruz is now the favorite to become Texas' next U.S. senator. A similar story played out in Indiana, where Tea Party favorite Richard Mourdock knocked off six-term incumbent Republican Richard Lugar in a primary in May.

Suddenly, some are describing the Tea Party as resurgent, just months after it seemed all but irrelevant.

But political scientist Alan Abramowitz says both characterizations are inaccurate.

"In general, the Tea Party has a pretty negative image among the general public, but it remains, I think, a very potent force within the Republican Party," he says.

Abramowitz, who teaches at Emory University, says polls peg Tea Party approval at just 25 percent among the public at large but he says, "When you have a Republican primary electorate, you have a group of voters who are quite conservative and in many cases a majority of those Republican primary voters identify with the Tea Party movement."

But that only shakes things up when the Tea Party votes as a block. That's what worked for Cruz and Mourdock. The Republican presidential primaries were a different story. There were simply too many candidates staking a claim to Tea Party votes.

Rep. Michele Bachmann, R-Minn., speaking in Iowa before the state's caucuses said her conservative coalition was made up of the Tea Party movement of which "I am one."

Texas Gov. Rick Perry made a similar declaration. Others sought Tea Party support as well, but in the end the GOP's presidential nominee will be Mitt Romney, the father of the Massachusetts health care plan that became Obamacare, and the GOP candidate the movement was least happy with. 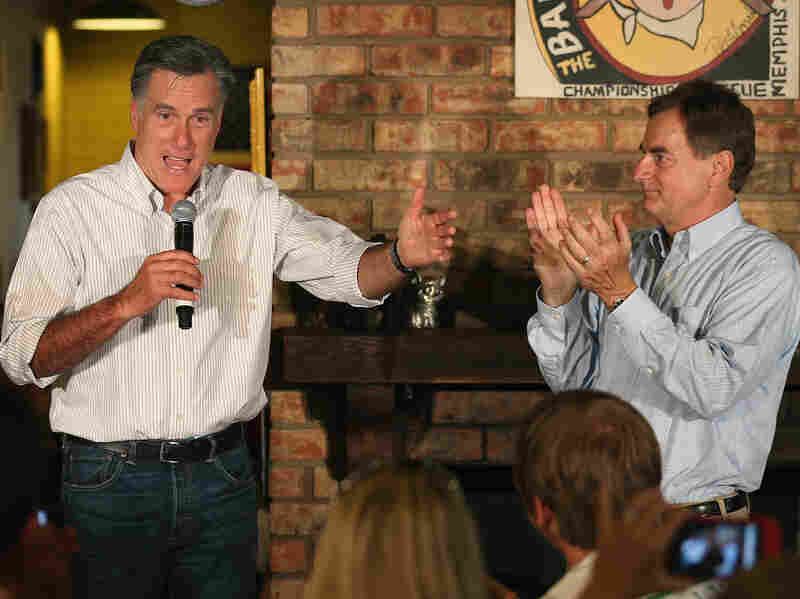 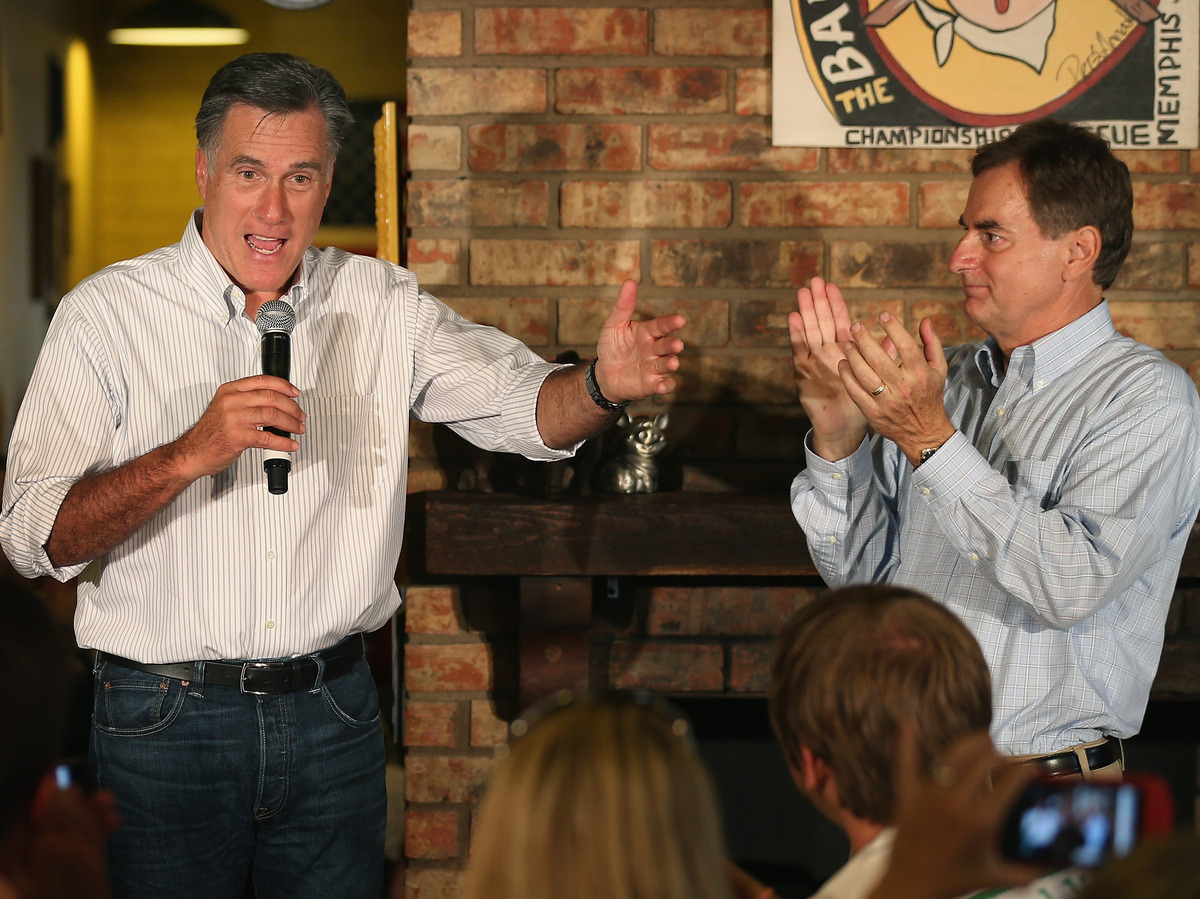 Amy Kremer, of the Tea Party Express, says the group's voters will turn out this fall, even if the big motivation is not support for Romney but dislike of President Obama.

"I think that you'll see the people rise up and ... work really hard to make sure that he is a one-term president," she says.

The Tea Party can also say it made many Republican candidates, including Romney, move to the right to secure their nominations this year. After the Supreme Court's health care decision, the GOP candidate immediately expressed his disapproval of Obama's health care plan, saying if elected he would repeal the law.

The movement also boasts a direct connection to the other big story of 2012 — money. From its beginnings, it's had ties to such wealthy conservative donors as the Koch brothers. It's big institutional ties include groups such as FreedomWorks led by Dick Armey, the former majority leader of the House of Representatives.

These major players saw early the historic potential of the Tea Party as a populist uprising that could remake the GOP and reorder national politics.

"The drama is what it's going to do to the Republican Party," says Harvard professor Theda Skocpol, co-author of the book The Tea Party and the Remaking of Republican Conservatism. "I mean, if the Republican Party actually wins the presidency, the House and the Senate in the fall, it will remake American public policy in three months.

"I mean, they aren't going to stop. They're going to act very, very fast."

If Republicans fall short of a sweep this fall, the ferment will not stop, Skocpol says. Instead, the battle will intensify inside the party as it looks to 2014 and 2016.