Accessibility links
Wu-Where? Opportunity Now In China's Inland Cities Millions of Chinese are moving from the countryside to fast-growing cities that are home to significant economic activity. Central China's Wuhan, home to about 10 million, is one of these places, a city little-known outside the country that's attracting foreigners and Chinese alike. 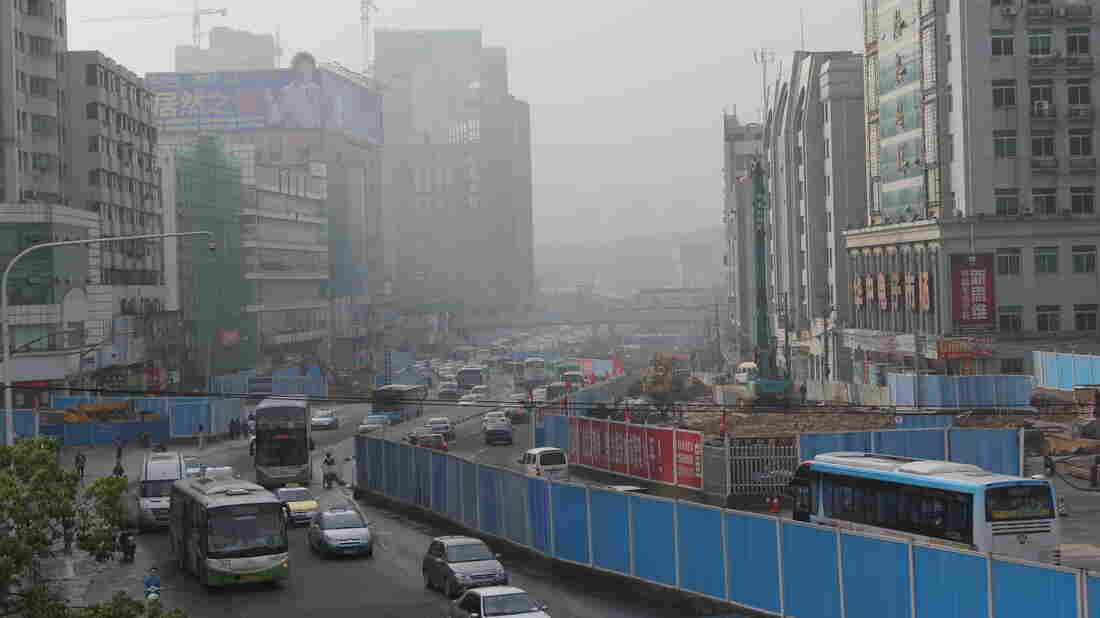 The central Chinese city of Wuhan has a population of 10 million people, more than than New York City. Wuhan's economy is growing at a rapid clip, and the local government is building three subway lines in order to help ease traffic congestion and commute times. Frank Langfitt/NPR hide caption

China became a majority urban country this year. No nation has shifted so quickly from rural to urban than China, where more than half of the people now live in urban areas.

Everyone is familiar with megacities like Beijing and Shanghai, but they are just a tiny part of China's urbanization story. The country has more than 160 cities with populations of a million or more — places most of the world is only vaguely familiar with, if at all.

One such place is Wuhan, a city of about 10 million people — more than New York City — that lies along the Yangtze River about 750 miles inland by high-speed train from Shanghai.

Today, cities like Wuhan are among China's fastest-growing and home to significant economic activity. Local planning officials estimate Wuhan's economy is growing at about 12.5 percent annually, and that gross domestic product should double in the next five years.

A variety of factors are driving that growth, everything from cheap land prices and low-cost labor to the tremendous demand for infrastructure. Imagine Manhattan without its vast subway system or Chicago without the "L," and you begin to picture the needs of Wuhan.

These days, the city feels like an open construction site as the local government tries to put in its first three subway lines. Many citizens can't wait.

"Developed cities all have subway systems," says Jiang Wei, 29, who was making his way across town one afternoon on Wuhan's lone light-rail line. "Wuhan needs to join the rank of big international cities."

Jiang, who sells construction materials, says the trip he's making this day takes two hours by car, one hour by light rail, and will take even less by subway.

When the underground opens, he says, "I will definitely stop driving."

Morphing Into A Metropolis

Years ago, most rural people in China bypassed inland cities like Wuhan and flooded toward the factory towns along the east coast where the jobs were. But now, central cities like Wuhan have become magnets of their own.

At the foot of a light-rail station, a man named Abdullah from far-western China's Xinjiang region has set up a tent where he sells dates and nuts to commuters. 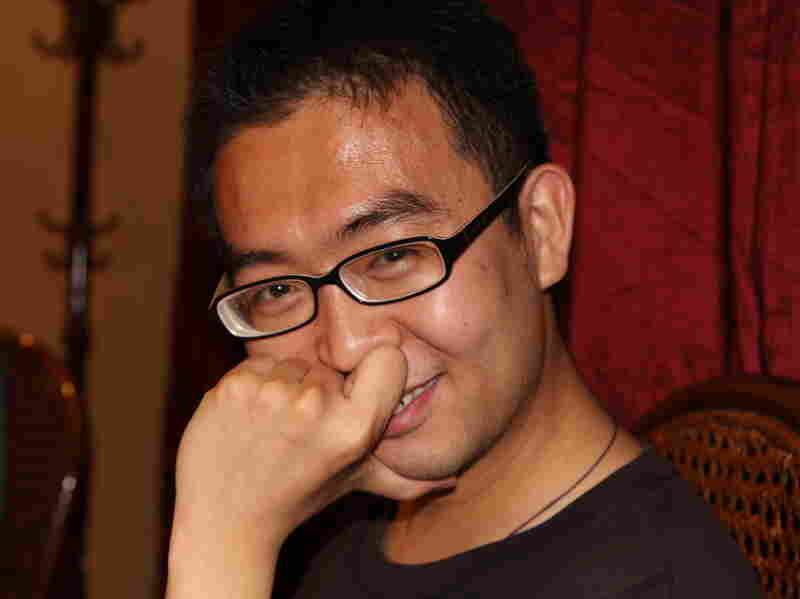 Yun Peng, 26, moved to Wuhan seven years ago from western China for school. Now, he has a local girlfriend and plans to stay because of the many opportunities he sees. Frank Langfitt/NPR hide caption 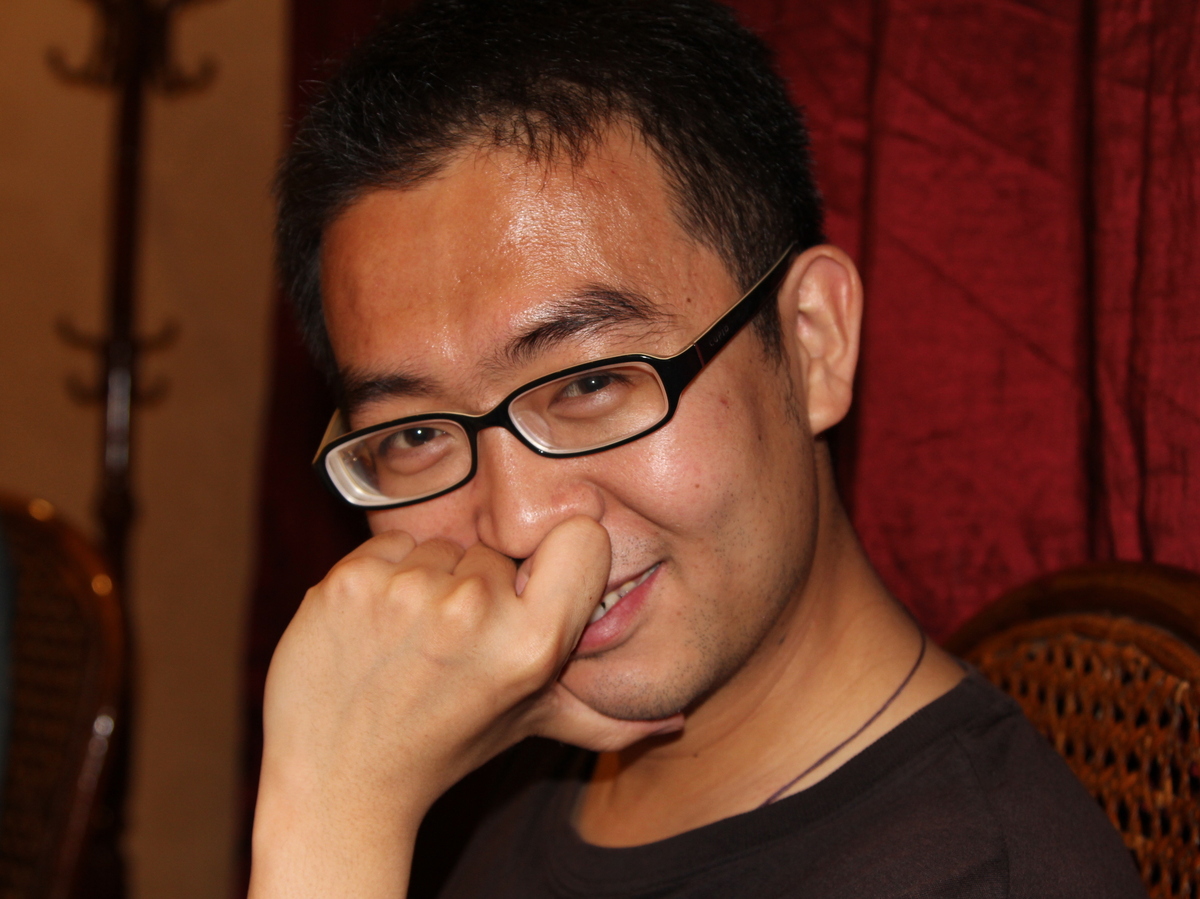 Yun Peng, 26, moved to Wuhan seven years ago from western China for school. Now, he has a local girlfriend and plans to stay because of the many opportunities he sees.

Abdullah has worked in southern China's bustling Guangdong province, but he says he prefers Wuhan because there is less competition but still lots of customers.

"We grow walnuts, grapes and dates, and they sell very well here," says Abdullah. "Wuhan has lots of money, and it is good for my business. Business in Wuhan is great."

Chinese migrants aren't the only people who have moved here. Foreign businesspeople have as well, and you can find some of them at the Aloha Diner, where the "Texas-size Burger" comes on toasted focaccia and a surfboard hangs over the bar.

The diner is run by Janie Corum, who moved here nearly nine years ago from Hawaii and also heads the local American Chamber of Commerce.

U.S. companies in Wuhan include the giant engine manufacturer Cummins, General Electric and TRW Automotive. According to Corum, they will soon be joined by General Motors.

The French automaker Peugeot-Citroen has two factories in Wuhan. Pfizer has a research and development facility here as well.

China's east coast is no longer a cheap place to do business, so companies are increasingly looking inland to cut costs. Panalpina, a global logistics firm that helps companies move freight by air and sea, moved its China back-office services here several years ago. 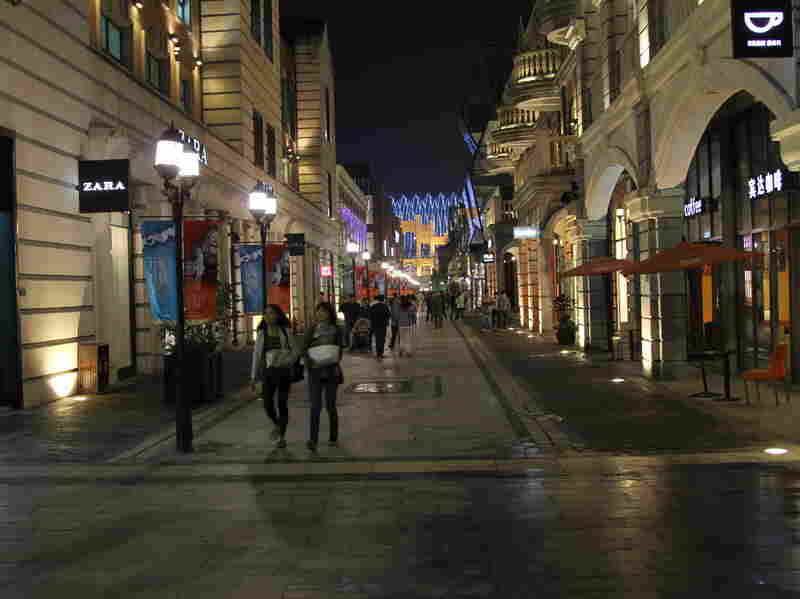 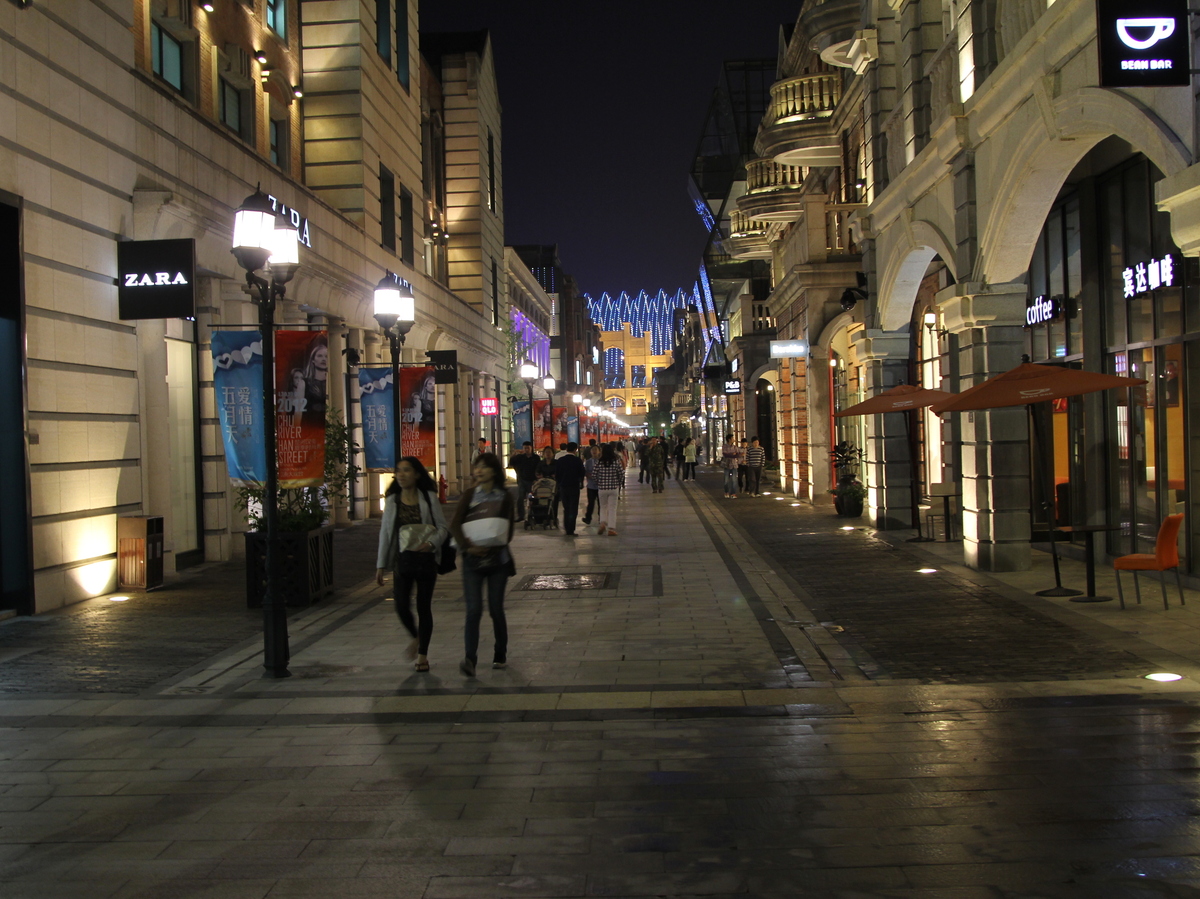 "The talent pool and the lower cost in terms of salaries and rent were the two predominant factors," says Beat Rohrer, a Swiss executive with Panalpina who runs the back-office operation. "Wuhan has over 60 universities and roughly 1 million students. We probably operate at one-third of the cost that you would spend in Shanghai."

Yun Peng, 26, moved to Wuhan seven years ago from western China to study. He has a girlfriend and is getting a master's degree in human resources at Central China Normal University. Yun is interning with a head hunter and recently helped Amazon hire about 200 workers for an operations center here. His girlfriend is from Wuhan, and he says he plans to stay.

"I see opportunities in this city," Yun says over lunch with fellow students. "It's urbanized quickly in recent years."

But Wuhan's rapid growth is taking a toll. Earlier this summer, a yellow, post-apocalyptic smog enveloped the city, sparking fears that there had been an industrial accident. Some of Yun's fellow interns want to move to coastal cities where life is better and there's more to do.

Wang Lulu, 21, is applying for jobs near Shanghai. She says people in Wuhan still fight to get on a bus and refuse to give up seats to elderly passengers. She thinks people on China's east coast are more polite.

"There is a lot more greenery there than here in Wuhan," Wang says. "Secondly, the personality of people there is milder. People interact in a more refined and courteous way."

That said, Wuhan does have attractions. The newest is a shopping complex called Han Street, which seems like a cross between a Disney theme park and Las Vegas.

Where's The Heart Of Your City?

We Got The Beat: The 'Heart' Of Your City

Han Street is lined with faux European architecture, pulsating lights and stretches for several football fields. Foreign brands include everything from Dairy Queen and Zara to Starbucks and the Gap.

Yu Xiaoqin, 24, works as a cashier at a steakhouse here. She thinks Han Street is great.

"Most people came here to see this kind of European architecture," Yu says, "because, before in Wuhan, we didn't have much."

Wuhan's government bulldozed old dormitories for a state-owned machinery factory to make way for Han Street. Many of the people who come here are tourists from China's wealthy east coast.

When Yu took a job here, she nearly doubled her salary to about $320 a month. But a denim dress at the Gap would cost her a week's wages, so she mostly window-shops.

"I like Marks & Spencer," she says, referring to the famed British retailer. "But I rarely buy things from the store. For me, it's expensive."

But people like Yu are a reminder that most folks in this part of China still don't make that much money, and that — for all its fast-paced growth — Wuhan remains a work in progress.