Accessibility links
Fresh Air Remembers Military Historian John Keegan Keegan spent his life studying war, but he never fought in one and described himself as more or less a pacifist. The British military historian, who died last week at age 78, chronicled the history of warfare from Alexander the Great to the U.S. invasion of Iraq. 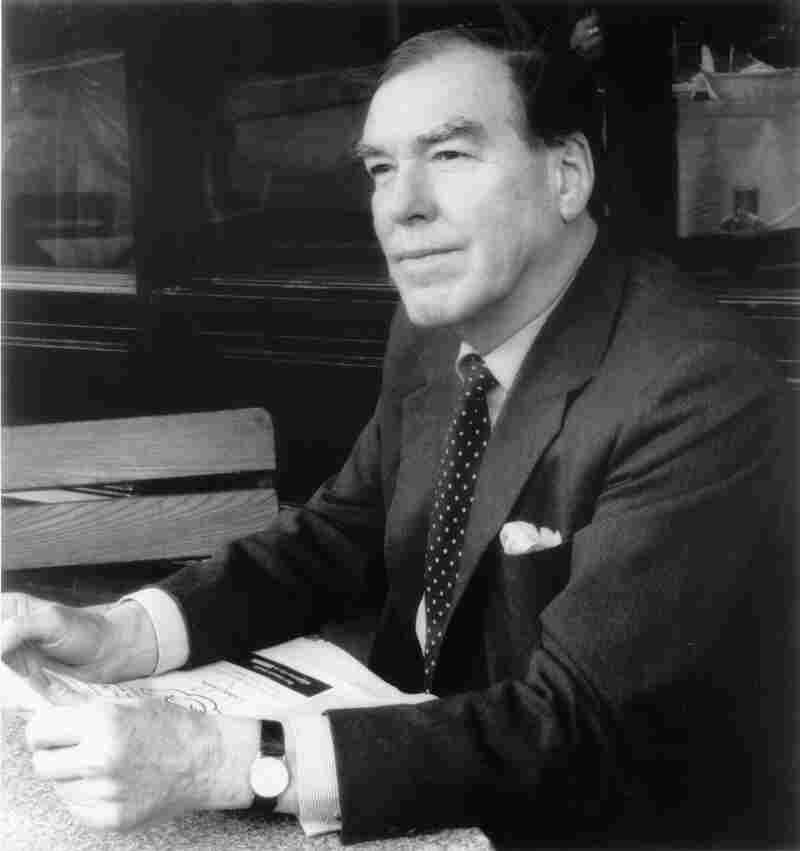 British military historian John Keegan chronicled the history of warfare from Alexander the Great to the U.S. invasion of Iraq. He died Thursday at age 78. Jerry Bauer/Random House hide caption 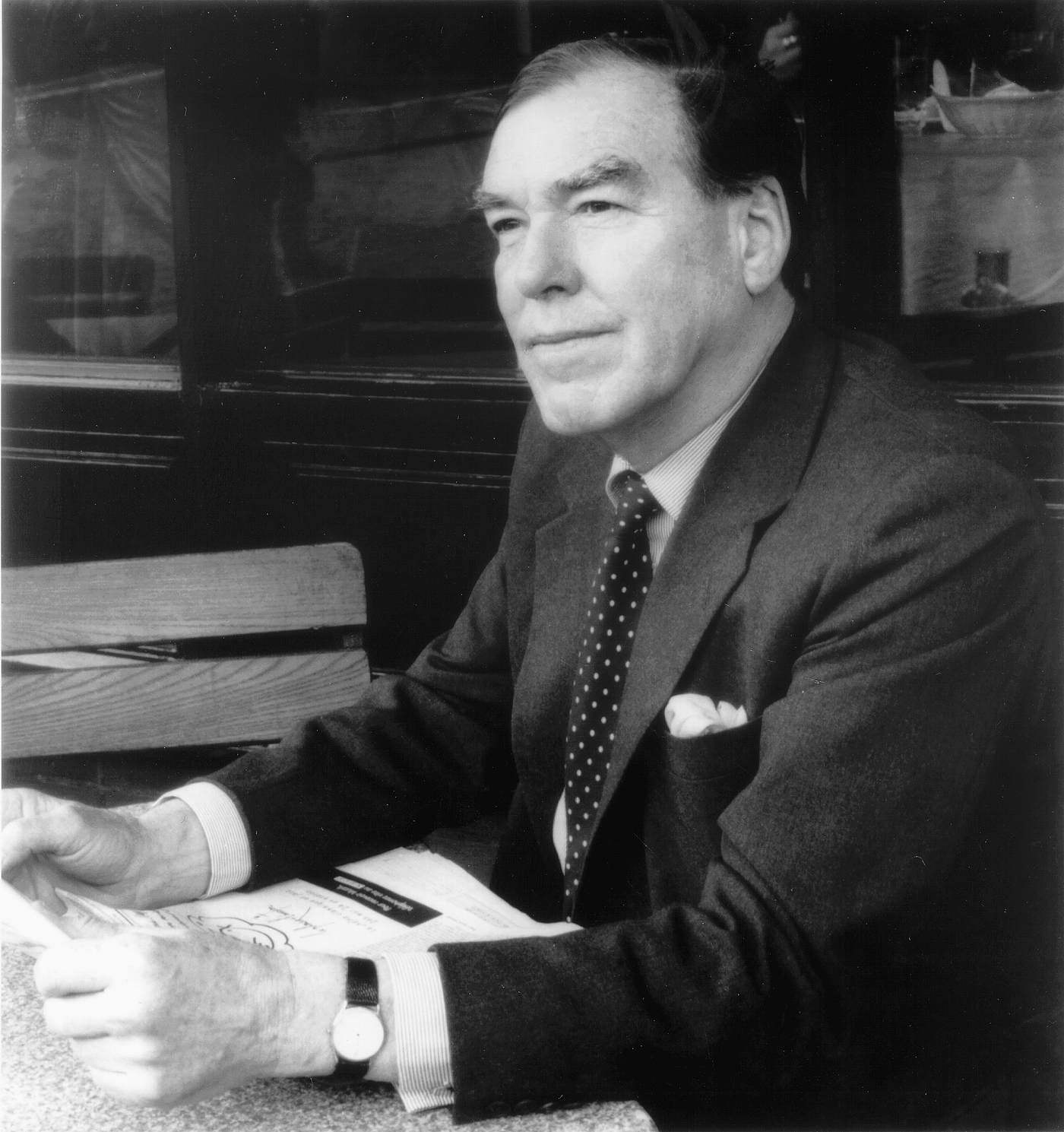 British military historian John Keegan chronicled the history of warfare from Alexander the Great to the U.S. invasion of Iraq. He died Thursday at age 78.

British military historian John Keegan spent his life studying war, but he never fought in one and described himself as more or less a pacifist. Keegan, who died Thursday at age 78, chronicled the history of warfare from Alexander the Great to the U.S. invasion of Iraq, and was considered one of the foremost military historians of his generation. His books included A History of Warfare and The Face of Battle.

Born in 1934, Keegan had tuberculosis as a child, which left him sick from the age of 13 to 22, and unable to walk without a cane. He was a senior lecturer at the Royal Military Academy at Sandhurst for more than 25 years and became a journalist for the British newspaper The Telegraph in 1986. On becoming the newspaper's military affairs editor, he told The New York Times, "I thought to myself, if I don't do it now I'll be an academic all of my life. So I left Sandhurst, and I've been enjoying myself ever since as a journalist."

Fresh Air remembers Keegan with an excerpt of an interview he recorded with Terry Gross on July 30, 1998.

John Keegan was a British military historian who grew up during a war but never fought in one and considered himself more or less a pacifist. He became perhaps the preeminent military historian of his generation and was best known for his books "The Face of Battle" and "A History of Warfare." In England he became the military affairs editor for the newspaper The Telegraph. Keegan died last week at age 78.

We're going to listen back to an excerpt of the interview we recorded in 1998. Keegan had tuberculosis as a child, which left him sick from the ages of 13 to 22, and unable to walk without a cane.

You were born in London in 1934 and you grew up during World War II. What was your first exposure to the war?

JOHN KEEGAN: I very well remember my younger sister, who is a year younger than I am, bursting into terrified tears when a barrage balloon appeared on the horizon. Barrage balloons were balloons tethered to the ground by a cable which was supposed to cut the wing of a German bomber if flew into it by mistake. And, of course, there were hundreds and hundreds of barrage balloons all over Britain during the war around big cities. This, though I happen to know, was in 1938, it was practice. It must have been about the time of the Munich crisis. I also remember being evacuated for the Munich crisis - that's to say taken out of London and sent onto the country, because - as millions of British children were, because it was feared that the Munich crisis might become a war which would lead to the bombing of London. It did happen in 1939 in the following year, and I remember that too.

GROSS: So your sister was terrified. What was your reaction?

KEEGAN: I couldn't understand what on Earth all the fuss was. But then I was just old enough to know what a barrage balloon was and she wasn't. Curiously, like I say, many European schoolchildren, or European children, outside the - outside areas of conflict, I had a very, very happy time during the war and went to live in the country and found the little bits of war that I saw terribly exciting.

GROSS: You were sent away to the countryside after World War II actually started?

KEEGAN: Yes, like millions and millions of English children. The cities were emptied of children and they were sent down to the countryside to be safe from the bombing. I think something like four to five million English children went to the country and they all went in about a week, at the beginning of September 1939. It was an extraordinary population movement.

GROSS: And you took a train?

KEEGAN: They were packed into trains by - with their schoolteachers and sent off to villages and small towns where people had been told that they were to accept so many children. And the larger the house you had, the more children you have to accept. It was a very, very extraordinary bit of social engineering.

GROSS: And where did you stay?

KEEGAN: Well, curiously, my father was one of the officials in charge of all this movement, so we went down with him to the West country, to Somerset near Bath. Most Americans know where Bath is. We spent five happy years in the country, far from the fighting.

GROSS: But I think you did witness the massing of American troops in preparation for the Normandy invasion.

KEEGAN: Absolutely. One of my strongest memories is of the GIs coming. Somerset is a very rural little county and I think there were probably more Americans than English people in Somerset in the months before D-Day. The Americans became very, very popular, particularly with young people because they were so lighthearted and outgoing in a way that the English weren't and because they were very, very generous. We had had four years of war and living on very skimpy rations indeed. And the Americans, you didn't meet an American who didn't give you some chewing gum or offer you candy or something like that. All English schoolchildren in the war years remember those things about the Americans, and which is why that generation and their equivalent American generation have such a strong feeling for each other, which, alas, has gone now, I think, because we simply don't have that same exposure. But it was a very interesting cultural exchange and a very creative one.

GROSS: When you were a child and the war was being fought, were you confident that the Allies would win or did you think that you'd eventually be invaded by Germany and live under German rule?

KEEGAN: I think my parents, like most English people, were - particularly at the beginning of the war - very anxious indeed. I think that there was real, real anxiety that Britain might not survive. I think this unfortunately is true of little boys everywhere - so fervently patriotic was I that I didn't accept for one moment that Britain could be defeated. I was absolutely certain that we were going to win and so did all my friends at school. And we all felt the same way. Unfortunately, I think that little German boys probably felt the same.

GROSS: Your father fought in World War I. Did you grow up hearing a lot of war stories about the First World War?

KEEGAN: Only carefully censored ones. I think that's the very problem. I think fathers tell their children just as much as they think they ought to hear, and no more. And my father was a gunner, artillery, and I don't know whether he had a very dangerous war or not.

He was gassed slightly in the spring of 1918. My father-in-law, also in the First World War. He was a fighter pilot in the Royal Naval Air Service. I think he was much luckier than my father to survive. And he would occasionally say something about his war service, but on the whole, I think grownups sheltered the young from what went on.

And I think they still do shelter the young from what goes on, although, of course, young see versions of war on television and video and cinema, there's not much point in trying to shelter them.

GROSS: What were the themes of the war stories that your father and father-in-law would tell you?

KEEGAN: My father really made the war out to be rather cozy, a lot of friendship. And he was very fond of the horses, because, of course, in those days, guns were pulled by horses. And he made it out to be rather like a big picnic, really. And I think that's a common way in which veterans talk about the war to their children. They emphasize the nice bits and leave the nasty bits out.

GROSS: What about when you were an adult? Did he still talk that way?

KEEGAN: Once or twice towards the end of his life, and from my aunt, he said one or two things. His two brothers went to the war, as well. They all came back, curiously, but my father was the youngest. And when my grandmother, his mother, took him to the railroad station to send him off to France in 1917 - as a boy soldier, really - he later told me that she said to him: I will never see you again.

I've always thought that's the most extraordinary thing for a mother to say to her youngest son, sending him off to the war. But it wasn't heartlessness, of course. It was terror. And she did in fact - she didn't see any of them again, because that winter, the winter of 1917, she succumbed to a winter illness and died. And my aunt told me she believed that she had worried herself to death, that having three sons on the Western Front just reduced her to a chronic state of panic.

And when she got a sort of chest infection or something that winter, she just gave up the ghost and died. I'm perfectly prepared to believe it. I think it, the whole thing, entirely credible. So I did, in a way, when I was older, learn something more about the family experience of the war.

GROSS: Did you want to be able to experience for yourself to fight in a war, after having grown up during World War II, having had a father who fought in World War I?

KEEGAN: I think having - once having achieved the age of reason, I think not at all. Absolutely not. And indeed, more and more as I grow older. I think the most - of course, as one grows older, one becomes less vigorous and vital and less physically self-confident and, of course, much, much less imbued with a sense of one's own immortality, which I think the young have. But as I grow older, I come increasingly to think that being in a battle is really the most horrible thing that any human being could possibly undergo.

GROSS: Well, John Keegan, I thank you very much for talking with us.

GROSS: Military historian John Keegan, recorded in 1998. He died last week at the age of 78. Coming up, the strange science of sleep. Maureen Corrigan reviews the new book "Dreamland." This is FRESH AIR.