Accessibility links
How A Texas Town Became Water Smart San Antonio dramatically cut consumption and invested in water recycling and desalination projects. The city still uses about the same amount of water it did in the early '90s even though it has added more than 300,000 residents. It now bills itself as "Water's Most Resourceful City." 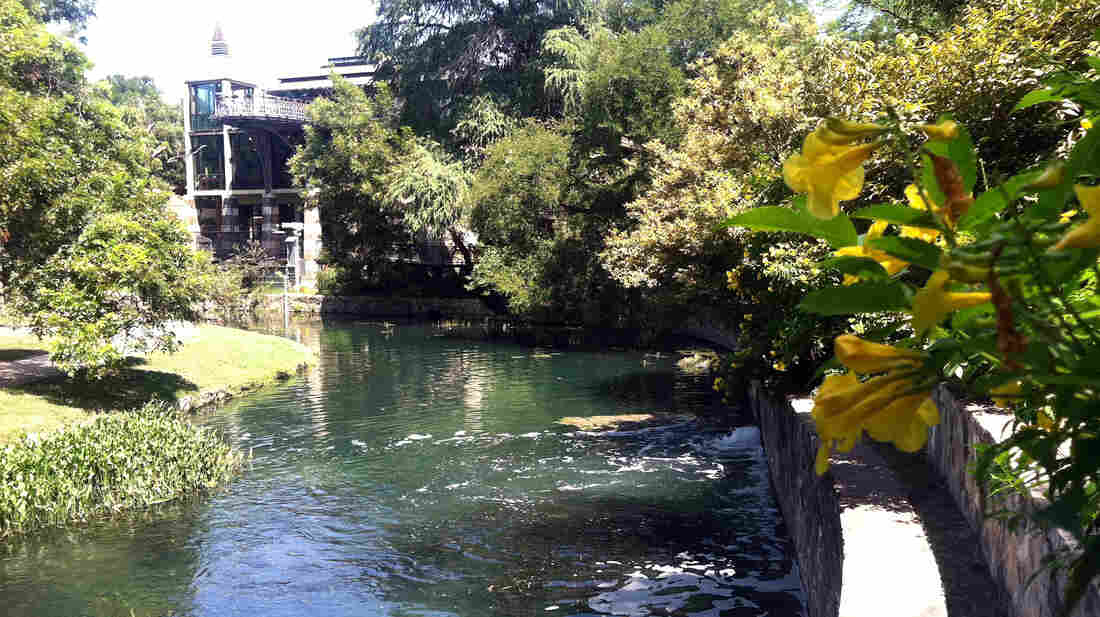 An area in San Antonio's Brackenridge Park where treated wastewater is pumped into the San Antonio River, one of many measures the city has taken to combat drought. Mose Buchele/StateImpact Texas hide caption 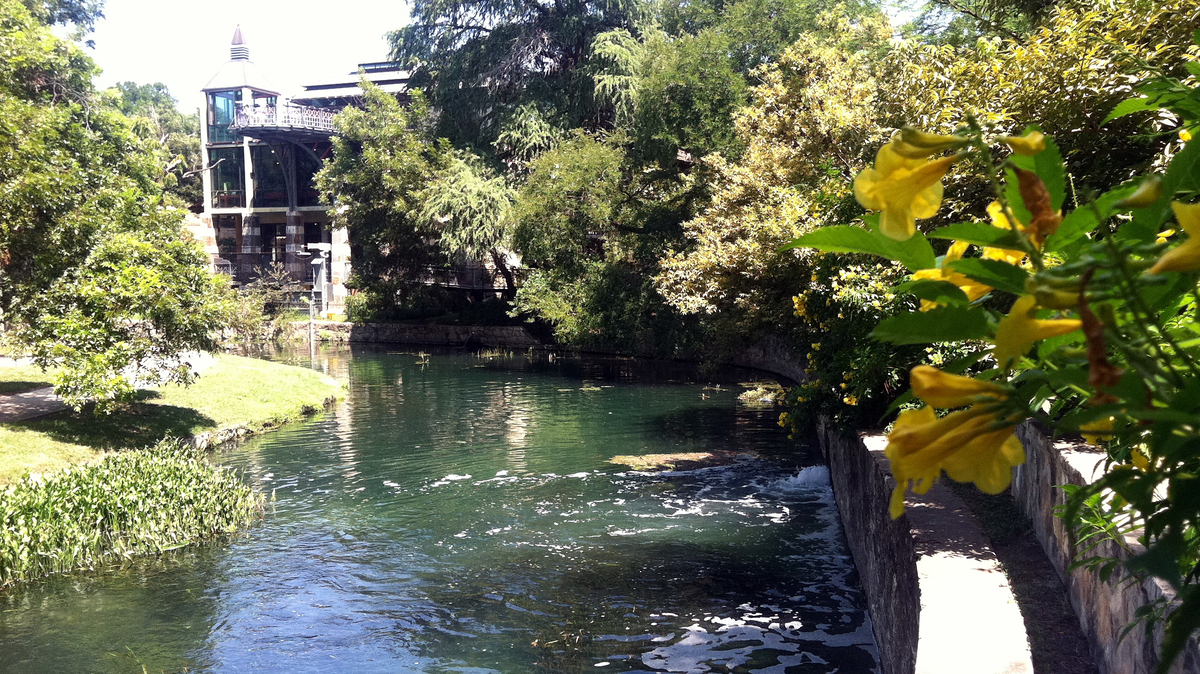 An area in San Antonio's Brackenridge Park where treated wastewater is pumped into the San Antonio River, one of many measures the city has taken to combat drought.

Faced with a booming population and a disappearing water supply, the city of San Antonio responded by dramatically cutting consumption, pioneering new storage techniques and investing in water recycling and desalination projects. It now boasts that it is "Water's Most Resourceful City."

There are so many programs and projects that Chuck Ahrens of Water Resources and Conservation with the San Antonio Water System can hardly keep track.

"I made myself a list and I thought, 'Wow, I don't even know all of our programs.' But then I thought it would be asking a lot to remember all of our programs because we have a lot of them," says Ahrens. His list includes big money projects like desalination. But the city's greatest success is found in simple conservation.

"We have an ordinance that doesn't allow you to water after 10 in the morning and before 8," Ahrens says.

That's to curb evaporation. He says the city has also given out more than a quarter-million water-efficient toilets. The city also offers free audits to show homeowners where they can save water. And if they can't afford new pipes, Ahrens says the city has a program called Plumbers to People.

"Where they know they have a leak, we go ahead and take care of that for them," he says.

These are the things that have allowed San Antonio to be one of the fastest-growing cities in the country while not increasing water consumption. In fact, the city still uses about the same amount of water it did in the early '90s even though it has added more than 300,000 residents.

"Other cities have the advantage that they can see that San Antonio has managed water conservation and we are still growing," says Calvin Finch of Texas A&M's Water Conservation and Technology Center.

But exporting that expertise can be dicey. A few years ago, Water System Director Robert Puente went to Atlanta when it was facing serious drought.

"And so, I and our chief financial officer went out there and gave some talks and made some presentations. They were, I would say, well-received but they did leave scratching their heads. They didn't necessarily understand or agree with what we were doing here in Texas," Puente says.

Puente says his entire business model — to persuade customers to buy less of his product — seems backward in parts of the country where drought is uncommon. In San Antonio the more water you use, the more you pay per gallon. Currently only about half of water utilities across the country do that.

"There's a number of communities that still reward extra water use. Just like if you buy in volume you get a discount," Finch says.

San Antonio also funds conservation programs. But, Puente points out, all that investment pays off when water shortages hit.

This story is part of the StateImpact Texas project. StateImpact is a collaboration between NPR and member stations examining the effect of state policy on people's lives.