Accessibility links
60 Years Later, Still 'Singin' In The Rain' The beloved musical celebrates its 60th birthday with a one-night screening of a newly restored print and a new reissue on DVD and Blu-Ray. 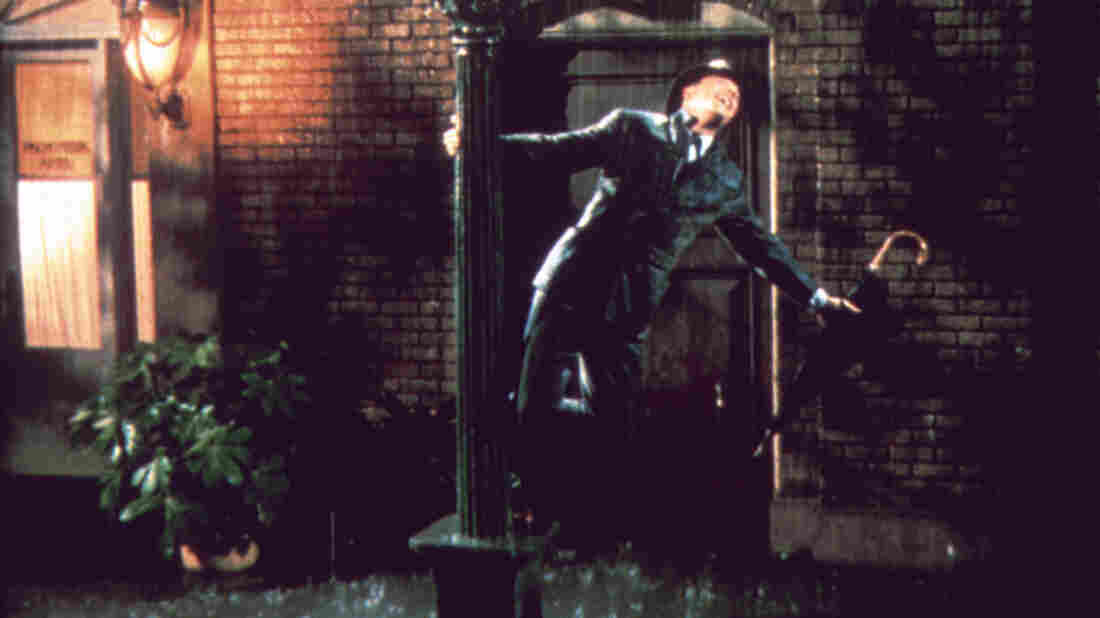 Gene Kelly stars as Don Lockwood in Singin' in the Rain. In celebration of the 1952 musical's 60th birthday, a newly restored print was released in theaters for a one-night public screening, and a new edition has been released on DVD and Blu-Ray. Warner Home Video hide caption 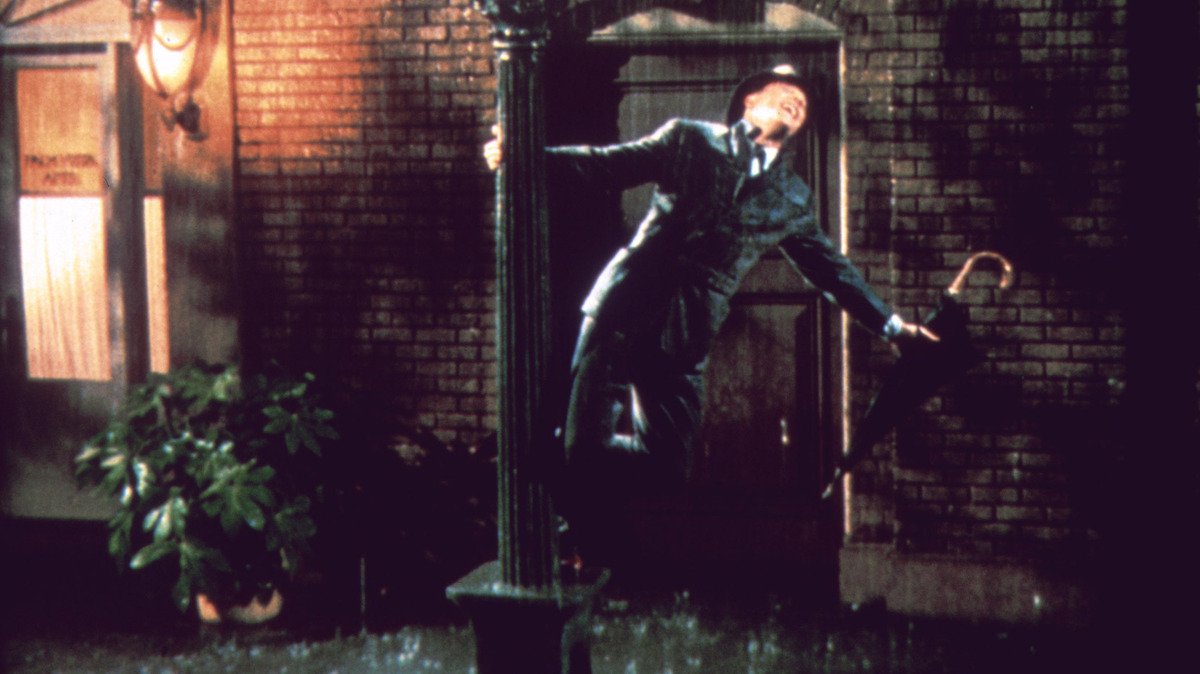 Gene Kelly stars as Don Lockwood in Singin' in the Rain. In celebration of the 1952 musical's 60th birthday, a newly restored print was released in theaters for a one-night public screening, and a new edition has been released on DVD and Blu-Ray.

Hollywood is often at its best when it's making fun of itself, and few movies are funnier or more fun than Singin' in the Rain, the broadly satirical musical comedy about the transition from silent movies to sound.

Gene Kelly, who co-directed the film with Stanley Donen, stars as the stuntman turned matinee idol who falls in love with adorable Debbie Reynolds. He even gets to parody his own swashbuckling in MGM's Technicolor Three Musketeers.

Donald O'Connor is Kelly's wisecracking sidekick and exhilarating dance partner, and the sublimely hilarious Jean Hagen got an Oscar nomination for her portrayal of Lina Lamont, the silent-screen goddess whose glamorous looks hide her vocal — and mental — shrillness.

Singin' in the Rain wasn't a huge hit when it opened, but the 1952 film — which turns 60 this year — is now regarded as one of the best Hollywood musicals of all time. To celebrate the birthday, a newly restored print was released in theaters for a one-night public screening, and a new edition has been released on DVD and Blu-Ray.

The idea for the movie came from Arthur Freed, the head of the MGM unit that — beginning in 1939 and for more than two decades — produced a string of legendary musicals, both adapted from Broadway shows and original scores. Two of these, An American in Paris and Gigi, won Best Picture Academy Awards.

Singin' in the Rain is in some ways Freed's tribute to himself. He came to Hollywood as a songwriter, most often teamed with composer Herb Nacio Brown. In 1929, they wrote the title song for the first Oscar-winning sound film, The Broadway Melody. Freed wanted to make a musical that would use their old hit songs "Broadway Melody," "You Were Meant for Me," "You Are My Lucky Star" and, of course, "Singin' in the Rain."

They even wrote a new song for a breathlessly acrobatic Donald O'Connor number, "Make 'Em Laugh" — which sounds an awful lot like Cole Porter's "Be a Clown" from The Pirate, an earlier Freed musical with Gene Kelly and Judy Garland.

Among the delights of the new home-video release, along with a collectible umbrella, are clips of the songs as they originally appeared. For example, there's Cliff Edwards, a.k.a. "Ukelele Ike" and the voice of Jiminy Cricket in Walt Disney's Pinocchio, singing in an onstage downpour in The Hollywood Revue of 1929.

Freed got Broadway's Betty Comden and Adolph Green to create a screenplay to provide a dramatic context for these songs. They also wrote the lyrics for a tongue twister called "Moses Supposes His Toeses Are Roses," for the scene in which Kelly is getting diction lessons for his new sound film.

Some of the backstage lore is almost as good as the film itself. The plot of Singin' in the Rain hinges on Debbie Reynolds dubbing Jean Hagen's squeaky voice for a new sound movie. But in that movie's spoken dialogue, it's actually the lovely voice of the real Jean Hagen that we hear. And, although Debbie Reynolds' tap dancing looks terrific, Kelly evidently didn't like the way it sounded and dubbed in his own tapping for the soundtrack.

Of course, the way Singin' in the Rain makes fun of silent movies has little to do with the masterpieces of silent film — some of the most profoundly moving and beautiful and intentionally hilarious films ever made. But as sheer comic entertainment, Singin' in the Rain doesn't have a dull moment.

I went to a public screening, and on the big screen, the dazzling new print makes clearly visible little details I'd never noticed at home. It was great to be rolling in the aisles along with the rest of the audience, many of whom must have been discovering for the first time how much fun you can have at a 60-year-old movie.