Accessibility links
'Swim Your Own Race' Wins NPR's Poetry Games Poet Mbali Vilakazi was inspired by a fellow South African, swimmer Natalie du Toit, who lost one of her legs at age 17 and is the first female amputee to qualify for the Olympic Games. "It's not about what happens to you, it's about how quickly you can get up," Vilakazi says.

As athletes have sprinted and soared their way to bronze, silver and gold in London, Morning Edition has celebrated the Olympics with the Poetry Games: We invited poets from around the globe to compose original works about athletes and athletics and asked you to be the judges. Thousands of listeners voted online, and now we are pleased to crown the victor: Mbali Vilakazi from South Africa wins for her poem "Swim Your Own Race." 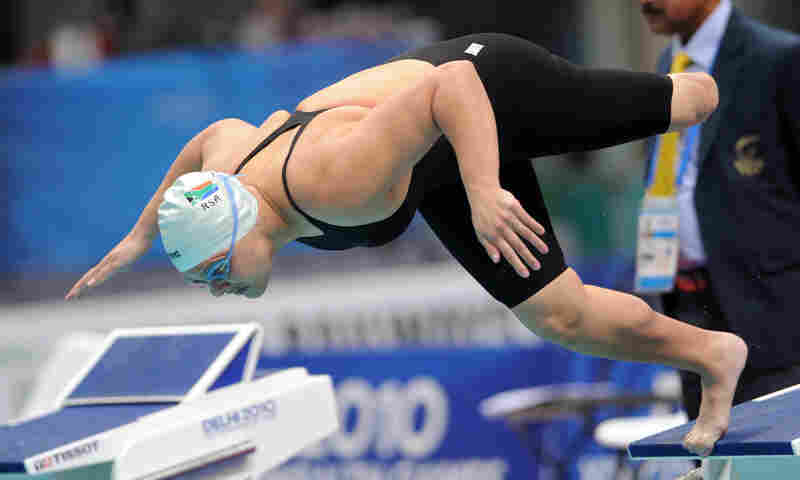 South African swimmer Natalie du Toit lost her leg after a scooter accident at age 17. Poet Mbali Vilakazi says du Toit "is everything the Olympics represent to me — the triumph of the human spirit." Indranil Mukherjee/AFP/Getty Images hide caption 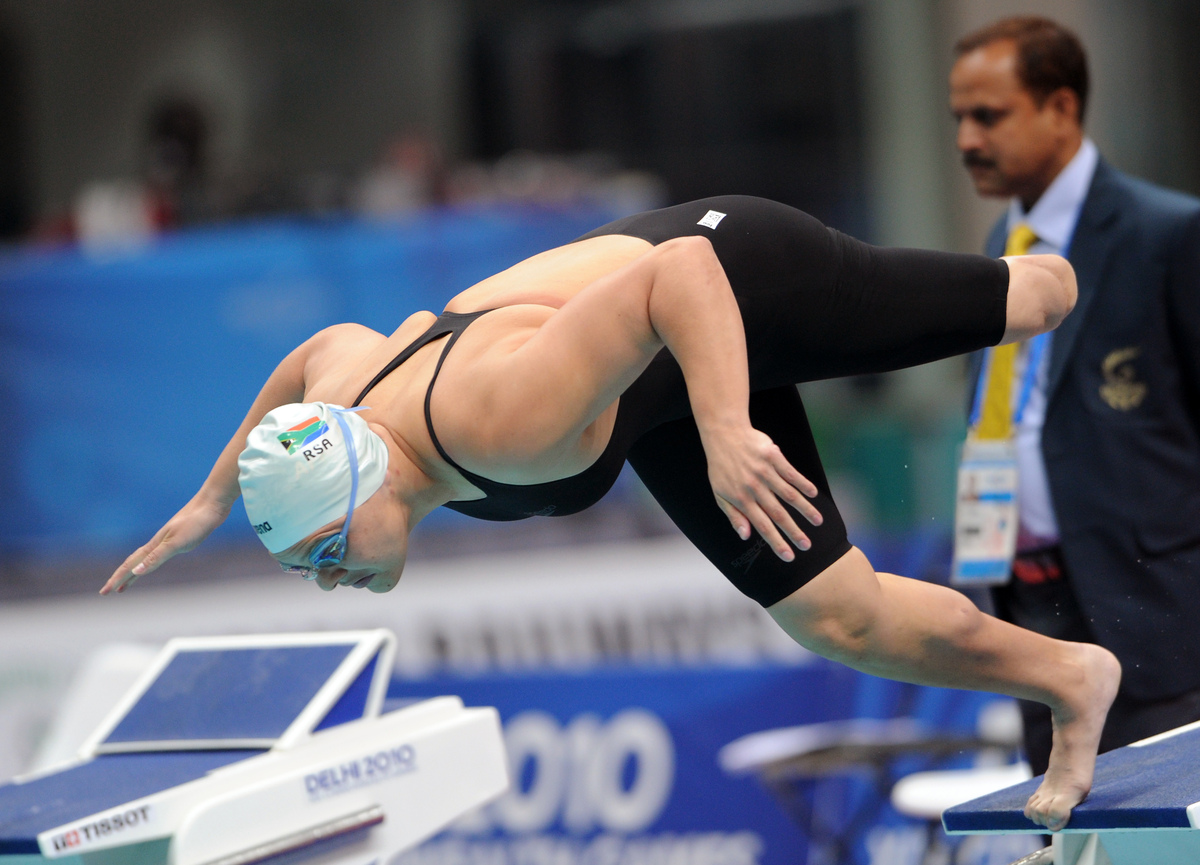 South African swimmer Natalie du Toit lost her leg after a scooter accident at age 17. Poet Mbali Vilakazi says du Toit "is everything the Olympics represent to me — the triumph of the human spirit."

Vilakazi was inspired by fellow South African Natalie du Toit, a swimmer who lost her leg as a teenager. In 2008, du Toit made history as the first woman amputee to qualify for the Olympics.

"As a young person trying to find my own way, there have been challenges that I've had to face and at times ... I really felt that they were insurmountable," Vilakazi explains.

Vilakazi was particularly impressed by the swimmer's ability to adapt in the face of adversity; du Toit was already an accomplished swimmer when she lost her leg in a scooter accident at 17. Yet she carried on.

"It's not about what happens to you, it's about how quickly you can get up," Vilakazi says. "And I think that that's what the Olympics is all about. ... That's what I love, and that's what I hold onto."

It's not about what happens to you, it's about how quickly you can get up.

As South Africans, Vilakazi and du Toit are deeply connected to their country's long and ugly history of apartheid. Vilakazi says that as a black South African, she did pause to consider her choice of du Toit, a white Afrikaaner, as the subject of her celebratory poem.

"When I got the invitation to be a part of the Poetry Games, I did have a moment when I thought: OK, well, I'm a young black South African woman, how am I going to use my voice?" Vilakazi says. But she concluded that the fight against apartheid was really a struggle "about people being people and being recognized for their contributions to society, and I held onto that."

Vilakazi says that the society — and the world — she would like to live in is one in which people have the courage to celebrate one another for what they have done, even when history makes it difficult.

"I just thought that even for a young black South African such as myself, it was important for me to choose her nonetheless," Vilakazi explains. "I just felt that the story was just so important, we can all benefit from it."