Accessibility links
Air Force Chief Leaves Legacy In The Sky: Drones The U.S. Air Force's top officer, Gen. Norton Schwartz, is retiring after four years on the job. Schwartz was a champion of remotely piloted aircraft, or drones. But he says the Air Force will continue to need pilots for decades and more manned aircraft to ensure it can prevail with a minimum use of force. 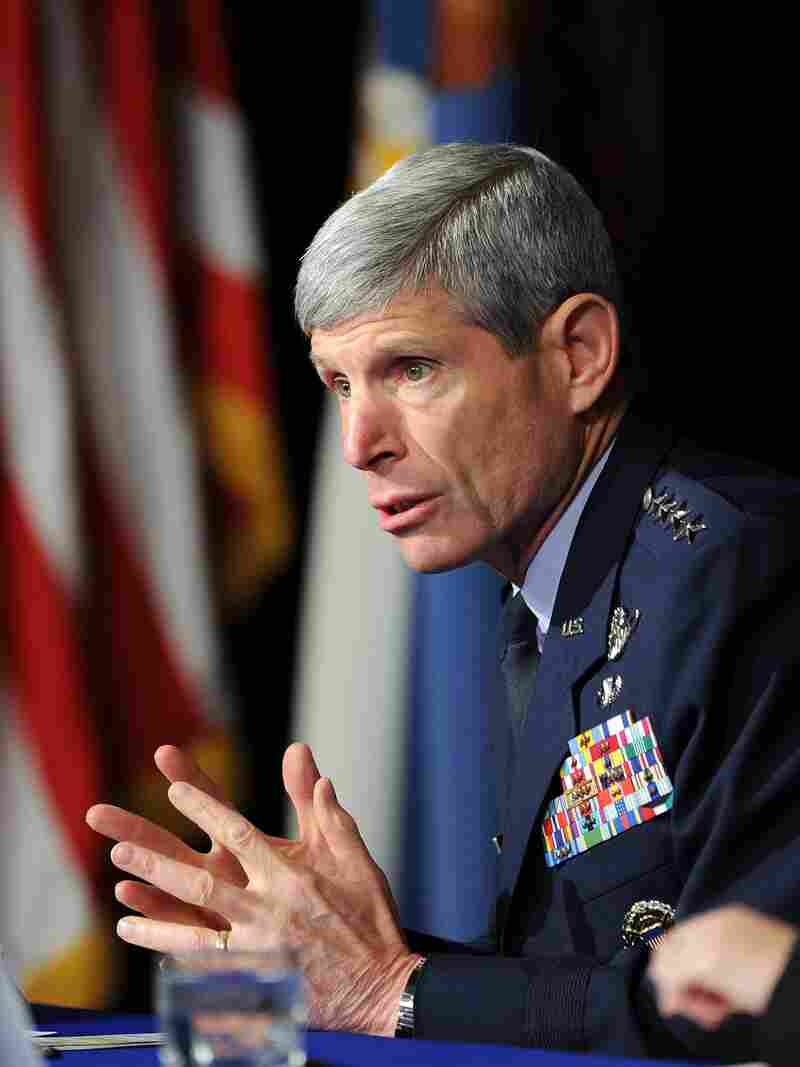 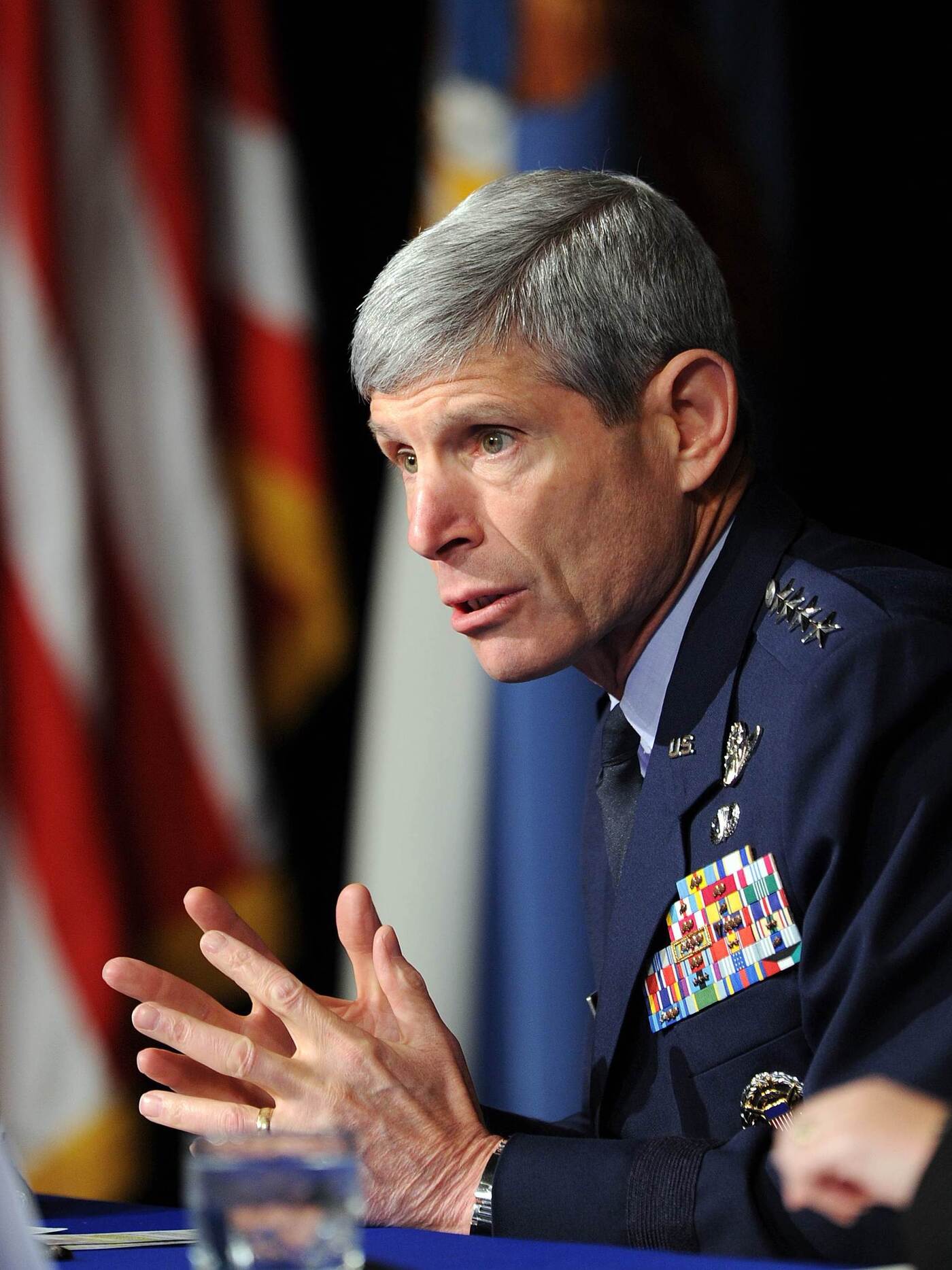 The top officer in the U.S. Air Force, Gen. Norton Schwartz, is stepping down Friday after four years on the job.

Schwartz got the job after his predecessor was fired for — among other things — clashing with his Pentagon bosses over how many fighter jets the military needs.

Schwartz is most likely to be remembered for pushing another kind of aircraft: drones.

At this moment, dozens of these unmanned aircraft are flying high above Afghanistan.

Just don't call them drones when speaking with Schwartz.

"Drones mischaracterize what these things are. They're not dumb. Nor are they unmanned, actually. They're remotely piloted aircraft," he says.

They are remotely piloted from places like Creech Air Force Base, not far from the glittering hotels of Las Vegas. The pilots there work a joystick on an aircraft flying half a world away. And Schwartz says this will be the future of the Air Force.

Manned aircraft still outnumber drones, but not for long. Schwartz estimates that in 10 years, about 85 percent of all Air Force pilots will be flying aircraft they're not sitting in.

But he says there's just one problem now with drones. "They are not survivable in a threat environment," he says.

That means the slow-moving drones can be shot down by an enemy with a good radar and missile system. So Schwartz says there will continue to be a need for a pilot in a cockpit, flying a high-speed, stealthy aircraft into harm's way, to establish what is called "air dominance."

"For the next maybe 30 years, in my view, there will continue to be a mix between manned tactical aviation and remotely piloted aircraft," he says.

Schwartz has been a pilot himself for nearly 40 years. He flew the C-130, the massive cargo and transport aircraft. With his angular features and graying bangs, he resembles Star Trek's Mr. Spock.

And like Spock, Schwartz is a stoic who chooses his words carefully — especially when he's asked about the need to spend hundreds of billions of dollars on new fighters and bombers, at a time when the U.S. Air Force already rules the skies.

"We want to ensure that we prevail with the minimum level of force required," he says. "If you look at Libya, for example ... Libya was a major undertaking, a major effort for partners as well as the United States. But Libya was not that sophisticated an adversary."

And it still took U.S. and NATO air forces nearly seven months to dismantle the air defenses and armored forces that led to the fall of Libyan leader Moammar Gadhafi.

Now, some are calling for the U.S. to intervene in Syria. And Schwartz says that country's air defenses are some of the best in the world.

"Missiles, radars, command-and-control. If we had the mission to insert ourselves into Syrian airspace and to operate, we could do that," he says. "It would not be nearly as easy a task, or one that would be completed as quickly in all likelihood, as that which we experienced in Libya."

Syria is one challenge. China is another, as the U.S. shifts focus toward Asia. And then there's the fight inside the Pentagon and in Congress over defense spending.

But these are all jobs for the next Air Force chief, Gen. Mark Welsh. As for Schwartz, he is flying off to Hawaii — for vacation.