Accessibility links
Georgia Town Ranks As City With Worst U.S. Job Loss For decades, Dalton, Ga., has been known as the world's carpet capital. Recently, it was named something else: the town with the worst job loss. That's because of job cuts made by the town's carpet mills. Leaders want to attract manufacturing jobs but say it will take time to turn the economy around. 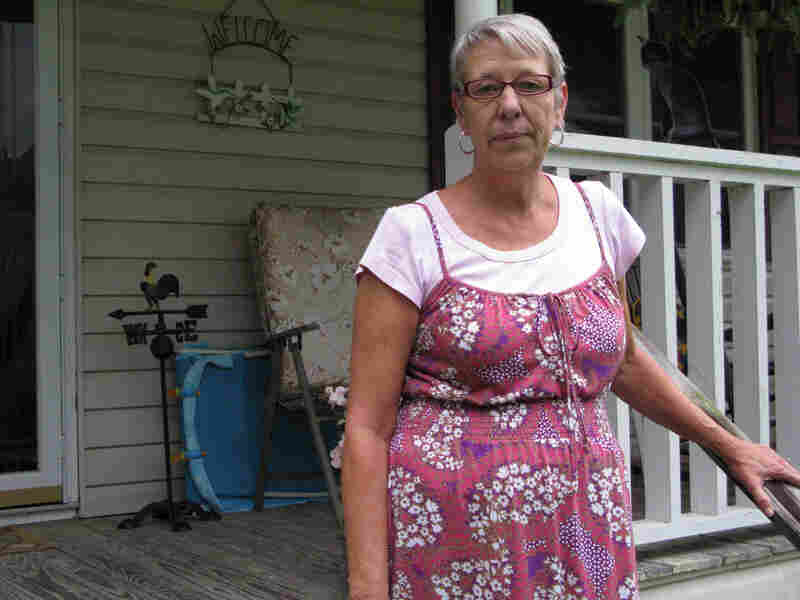 Janet Canada worked at Mohawk Industries, a carpet and flooring manufacturer in Dalton, for two decades. She lost her job three years ago and has not returned to the workforce. Kathy Lohr/NPR hide caption 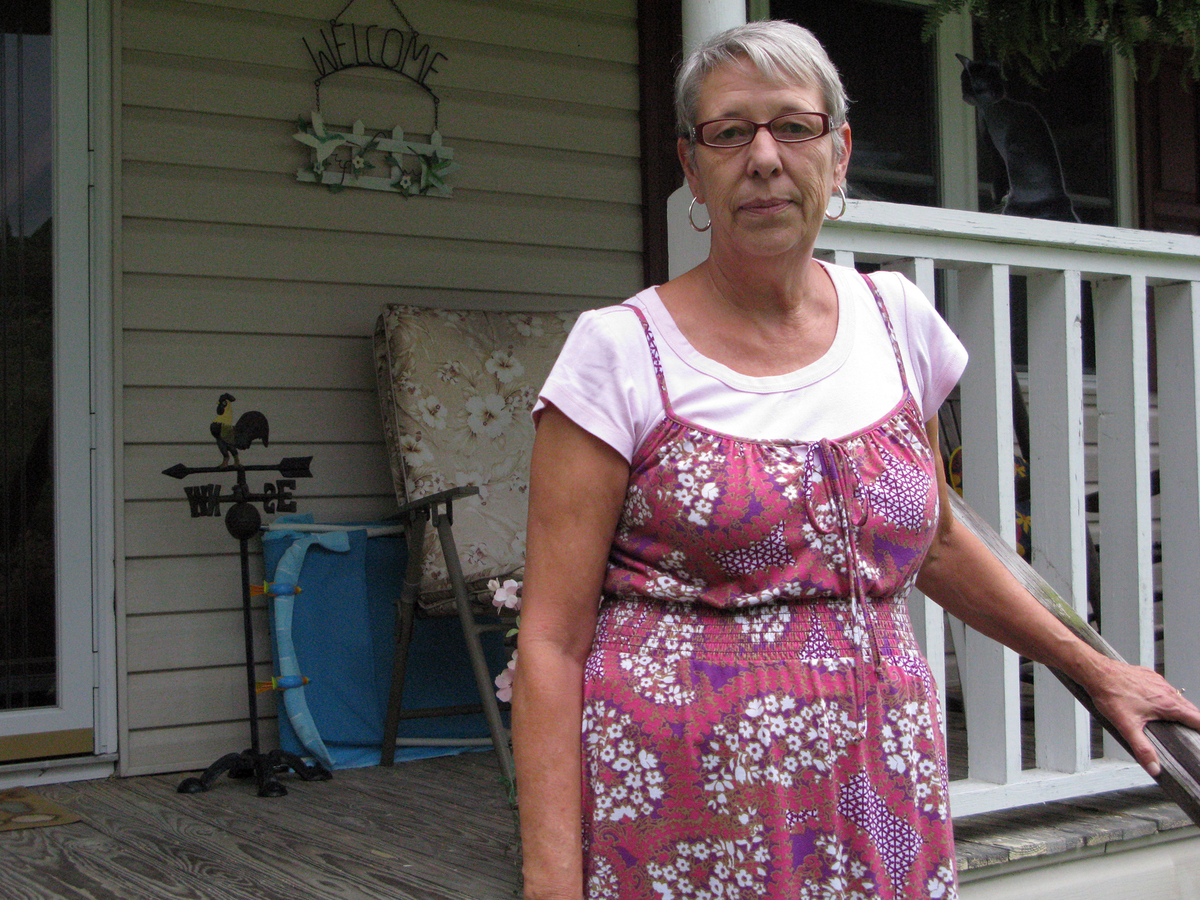 Janet Canada worked at Mohawk Industries, a carpet and flooring manufacturer in Dalton, for two decades. She lost her job three years ago and has not returned to the workforce.

For decades, Dalton, Ga., had been known as the carpet capital of the world. But recently, it was named something else: the town with the past year's worst job loss.

The U.S. Labor Department says Dalton lost 4,600 jobs from June 2011 to June 2012. That's because some carpet mills that once employed thousands have closed down or cut back.

Janet Canada worked at Mohawk Industries, a carpet and flooring manufacturer in Dalton, for two decades. She saw big changes — restructuring, downsizing, and then three years ago she was told she didn't have a job anymore. Janet's husband, Frank, also worked for Mohawk. He lost his job in 2010.

Janet, 59, got a small severance package. She made about $32,000 a year and couldn't find anything comparable in Dalton or nearby Chattanooga, Tenn.

It took Frank almost 18 months to find a job, and still, he makes less than he did at the carpet mill in Dalton.

Not surprisingly, city officials here don't like idea that they've been designated as the town that's lost the most jobs in the country, and they're fighting it.

Dalton, Ga., ranks as the city with the largest decrease in employment according to the Bureau of Labor Statistics.

"First of all, to lose the most jobs, you have to have had the jobs to begin with, and we're still a very dynamic employment center," says Dalton Mayor David Pennington.

His insurance business is located downtown, where historic buildings and renovated storefronts line the streets. There are even a few loft apartment buildings with a waiting list.

The presidential candidates continue to wrangle over how to fix the economy and create more jobs, but Pennington says they're not doing anything to help cities like his.

"Nobody seems to want to address that. They'll mention jobs but then they go about bashing the other person," he says. "We would love to have other manufacturers here. We would love to have any kind of high-tech business here. But it's not as easy as people think it is to be able to attract that. If it is, Atlanta would like to have it, too."

Even with the losses, the mayor says the Dalton area still provides more than 50,000 jobs. He says the state should abolish the income tax so Georgia cities can be more competitive.

According to the U.S. Labor Department, the region lost nearly 7 percent of its total jobs since last year. The unemployment rate climbed from a low of 3.5 percent in 2003 to more than 12 percent in June of this year. 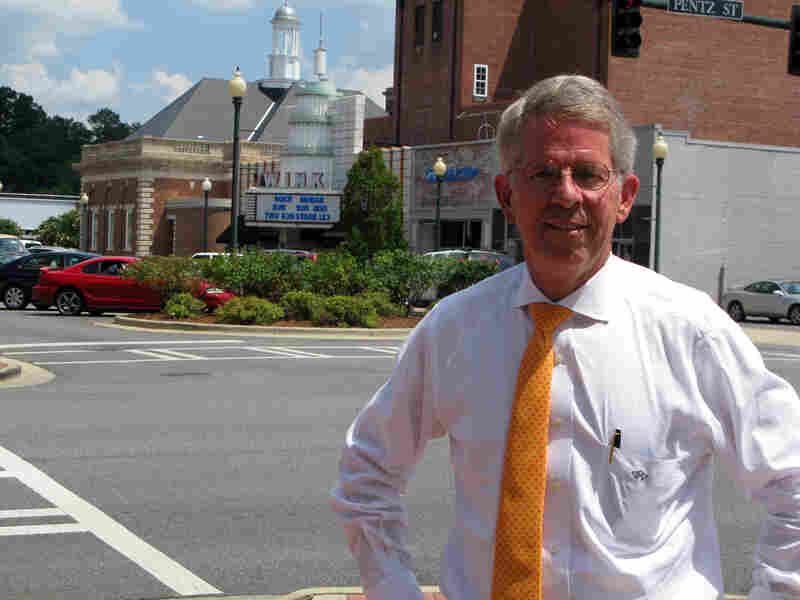 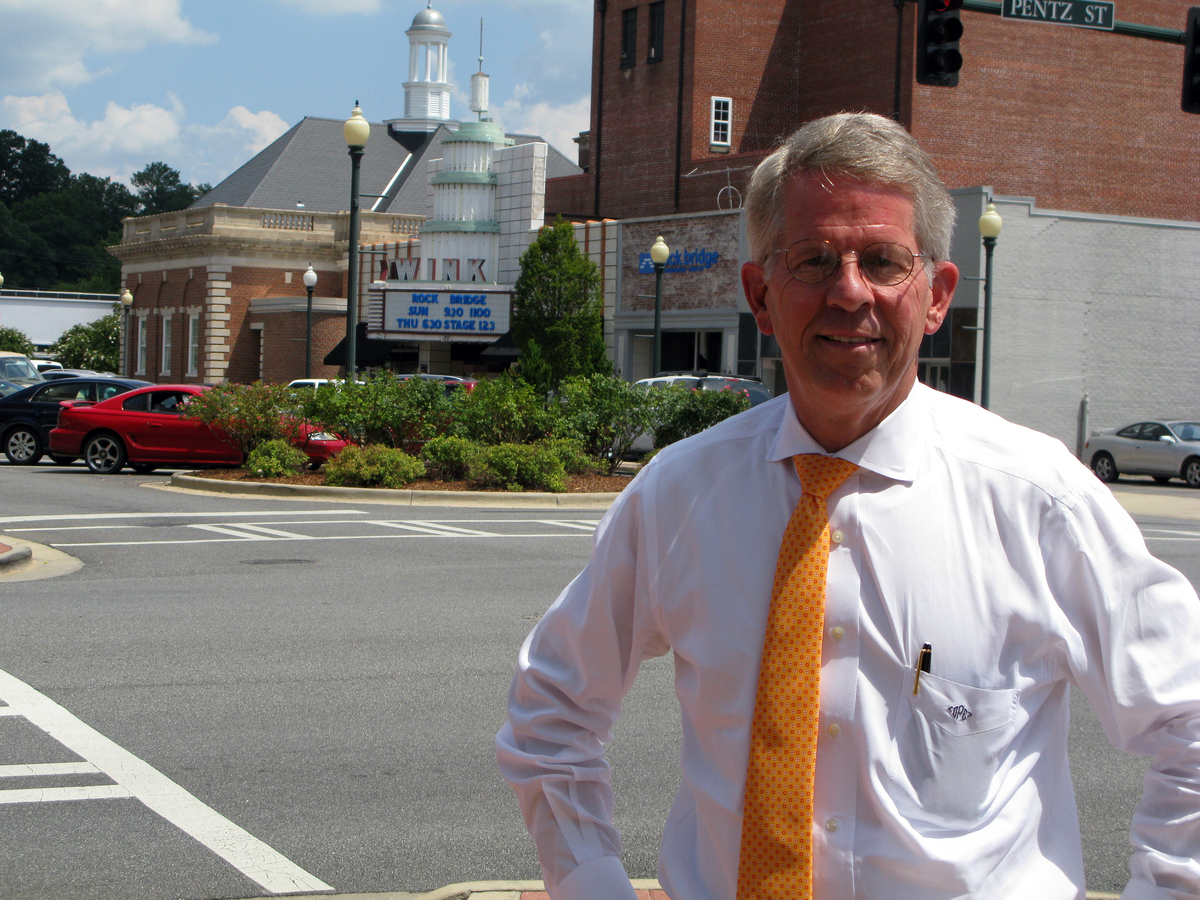 Dalton Mayor David Pennington says that attracting jobs is "not as easy as people think."

Elyse Cochran, executive director of development for Dalton and for Whitfield County, says because the economy was so strong here, the economic development plan only began in 2006.

"We're focusing on manufacturing because we know those jobs have the highest value," Cochran says.

Dalton now has a 184-acre industrial park. Its first tenant, a chemical adhesive company, opened this year. Cochran says the area is gaining businesses, adding at least 800 new jobs in the past couple of years. Still, it has lost thousands during the same period.

In another effort to attract people and prospective employers, the city has cut property taxes and recently reduced its sales tax, which is now 5 percent, the lowest in the region.

"What that tells them is that we are a conservative community, that we have efficient government, that if they come here, we're going to be their partner and try to keep their taxes down," says Cochran.

City officials say they have the infrastructure to support a large manufacturing base and a strong workforce that's definitely ready and waiting.

Back at her home in nearby Cleveland, Tenn., Janet Canada ended up taking care of her ailing mother. Canada says after losing their jobs in the carpet industry, she and her husband had to cash in their retirement savings to make it through.

"I know some that actually have started cleaning houses, not making nowhere near what they were making in the carpet mill. So it's such a life-changing thing for everybody that thought that we would be there until we retired. That was our plan," Canada says.

Now, many people are figuring out a new plan. For Dalton that means actively recruiting new employers and recognizing that it will take a decade or two to replace the jobs they've lost.