Accessibility links
In Krasikov's World, Dreamers Can't Afford Dreams Tell Me More is reading literature from countries on the rise in the global arena: the so-called BRICS nations — Brazil, Russia, India, China and South Africa. Sana Krasikov's short story collection, One More Year, focuses on Russia. She talks with host Michel Martin about her characters and what it takes to make it in Russia. 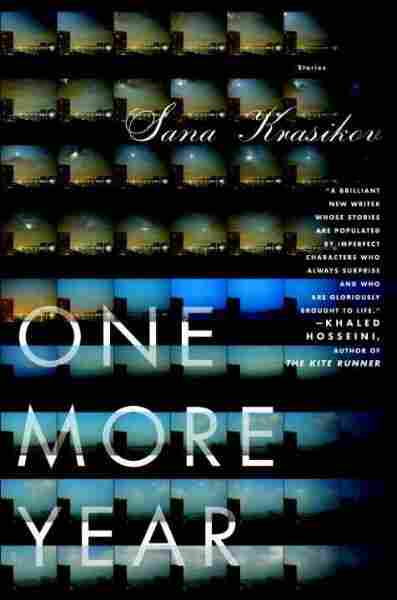 Sana Krasikov's collection of short stories, One More Year, delves deep into the lives of characters trying to make it in the new Russia. Each story carries an underlying sense that the strong do what they will, and the weak do what they must.

But Krasikov doesn't consider her stories cynical, she says they're realistic.

"I think, if you're in Russia, you can't sometimes afford not to see it like that," she tells NPR's Michel Martin, as part of Tell Me More's summer BRICSION series.

Krasikov was born in the Ukraine, and grew up in the former Soviet Republic of Georgia and the United States. She brings all of these experiences to her characters, but Moscow is the setting for many of her stories in One More Year.

The story "The Repatriates" is set in Russia's booming 1990s and is about a Russian emigre couple, Grisha and Lera Arsenyev. Grisha is an ambitious professional who spent years trying to climb up the Wall Street ladder without much success.

"These aren't people who are necessarily occupied with questions of survival," says Krasikov. "They're really trying to go where they can make the most money and where they can live the best."

Once Grisha sees the potential in Russia's growing economy, and an untapped real estate market, he jumps at the chance to return to his thriving homeland.

His wife Lera follows him back to Russia, but after more than a decade away from Moscow, she finds that her surroundings are — as Krasikov puts it — "almost gothically unfamiliar to her."

All around her, Lera becomes suspicious of family, friends, and passersby trying to scam her. But later she finds the biggest scammer of them all is her own husband.

Thriving In A Cutthroat City

In "There Will Be No Fourth Rome," Krasikov tells the story of two childhood friends reuniting in Moscow after their lives have diverged.

The narrator grew up in the U.S. and works as a young accountant. Her friend Nona, on the other hand, is a Georgian refugee who had always lived on the edge of Moscow society.

When they meet, Nona has given up on school, she's sleeping with a married businessman from Germany, and she's pregnant with his child.

"From outward appearances, it just seems like she's given up her dreams ... and is at this man's beck and call," says Krasikov. "But then, as you become more familiar with the situation, you see that that's not really what's going on, she's very clear-eyed about what she's doing."

Nona isn't just sleeping with the businessman, she's running his business, and has even become a cruel foreman.

"On one hand, [Nona] rolls her eyes at the grandiosity of Russian nationalism," says Krasikov. "On the other hand, she's really thriving there, because she's able to survive in that cutthroat world."

In Krasikov's version of the new Russia, money is king, and anyone who doesn't believe it, is fooling themselves.

"The character of Nona thrives in this place very much because of a certain contempt she has for it," says Krasikov. "Whereas the characters who have certain spiritual or sentimental attachments sometimes are taken for a ride. Some of them are very much dreamers, but they can't always afford to be."

Read an excerpt of One More Year