Accessibility links
Puedes Believe It? Spanglish Gets In El Dictionary The Royal Spanish Academy, considered the authority on the Spanish language, has recently approved the new term "Espanglish." While some applaud the academy for recognizing a language that's been spoken for more than a century, critics say the word's "deformed" definition is insulting. 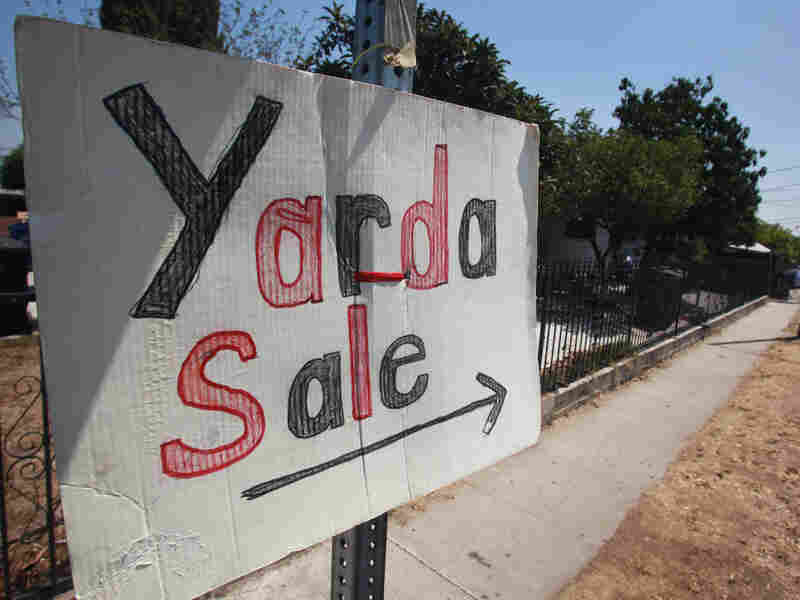 Spanglish, a mixture of English and Spanish, has been spoken for more than a century. A sign in Spanglish advertises a yard sale in Los Angeles in 2009. Aurelio Jose Barrera/Landov hide caption 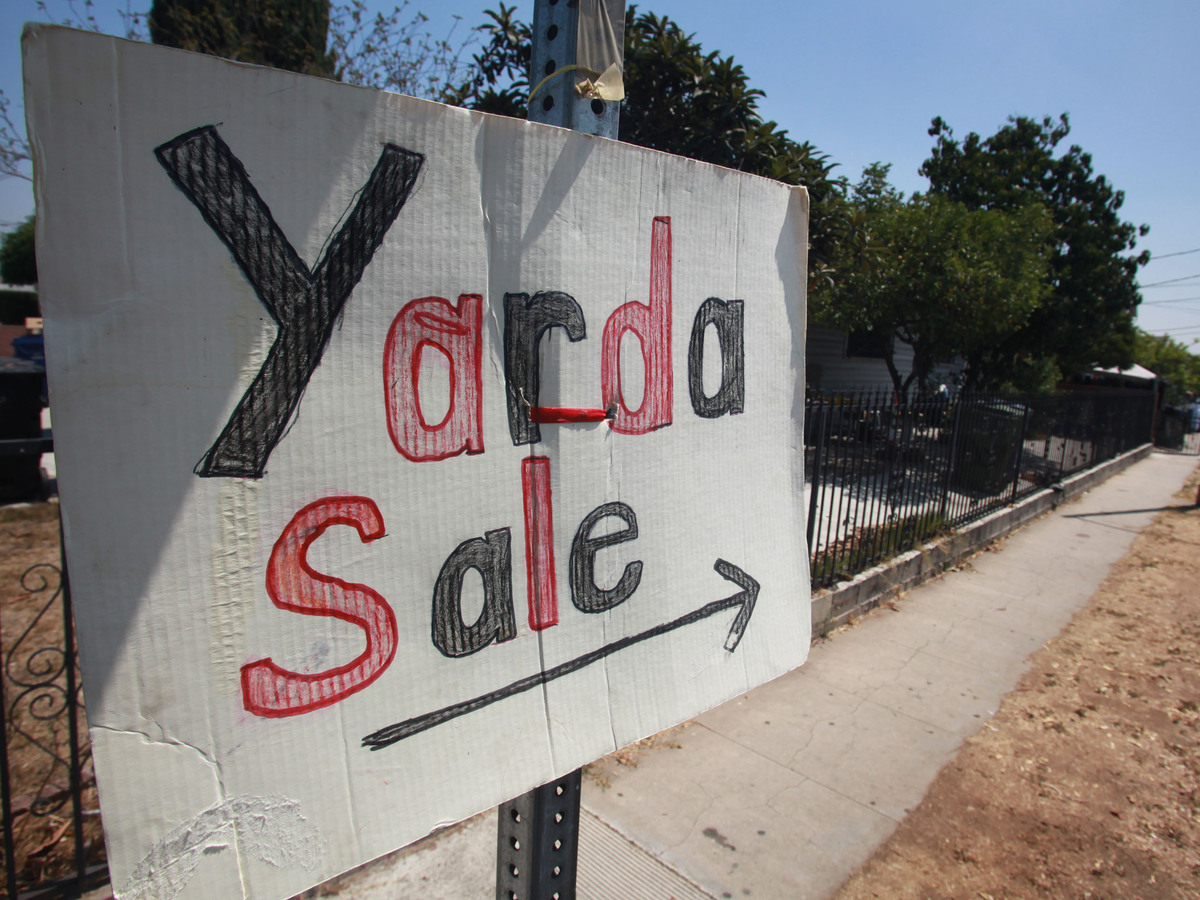 Spanglish, a mixture of English and Spanish, has been spoken for more than a century. A sign in Spanglish advertises a yard sale in Los Angeles in 2009.

The Royal Spanish Academy — the official arbiter of the Spanish language — recently announced that it will add the word "Espanglish" to the 2014 edition of its dictionary. This is a big deal for the traditionally conservative academy, and it's a big deal for supporters who feel that mix of Spanish and English has officially been ignored for more than a century.

The most common type of Spanglish features speakers switching back and forth from English to Spanish. Por ejemplo, if I started talking to you in Spanglish, te diría que it rained very hard this morning while I was riding la bici y me empapé. (I got drenched this morning while riding my bike.)

Another form of Spanglish involves translating phrases and words from English into Spanish or vice versa. The roof becomes "La rufa" and if your "roof is leaking," you might say, "La rufa esta liqueando."

Professor Ilan Stavans, who teaches Latin American and Latino culture at Amherst College, is the author of Spanglish, The Making of a New American Language. He says linguistically, other immigrant groups are unlike Latinos.

Although first generation immigrants from Poland, Germany and Italy created hybrid languages comparable to Spanglish, Stavans says, they eventually instilled English in their children. The immigrant language, whether Polish, Italian or another, became subjects of nostalgia.

"This is not happening among Latinos," he adds. "Latinos are not losing the Spanish language, but they are not keeping it in a pure form. And this impure form is a language that has been around for over 150 years."

What is surprising, however, is that the Royal Spanish Academy has now decided to recognize Spanglish.

But at least for now, Spain is still the final arbiter of the official Spanish language. The Academy is defining Espanglish as a form of speech that mixes "deformed elements of vocabulary and grammar from both Spanish and English."

It's the word "deformed" that's rubbing Piña-Rosales the wrong way. In fact, he and several of his colleagues are complaining to Spain. As for Stavans, he says the definition indicates "a lack of understanding of how language works. A nearsightedness, as if language is formed in one part of the world and deformed by the barbarians."

But as Stavans himself points out, perhaps more than any other immigrant community in U.S. history, Spanish-speaking immigrants and their descendants have always maintained a close bond with their roots — something that was unthinkable in the past.

He says, "For an Italian from Sicily in the 19th century to dream of going back home ... meant many many miles and an astonishingly large effort, and many many dollars.

"For someone who is Latino and lives in San Antonio or in New York City for that matter or in Chicago, it's very easy. It's very cheap as well. And so we are a very movable population. We never really cut the umbilical cord."

As a result, Stavans says, a Latino within the U.S. feels no need to cling to a pure version of Spanish, yet is constantly refreshing his or her memory of the native tongue.

In other words, Spain's attempts to define the hybrid and keep the language pure might just be quixotic.