Accessibility links
Batman's Biggest Secret (No, It's Not Bruce Wayne) Bob Kane gets all the credit for creating the superhero. But author Marc Tyler Nobleman argues that a long-forgotten writer, Bill Finger, created almost everything we now associate with the Dark Knight, from his cape and cowl costume to the name Gotham City. 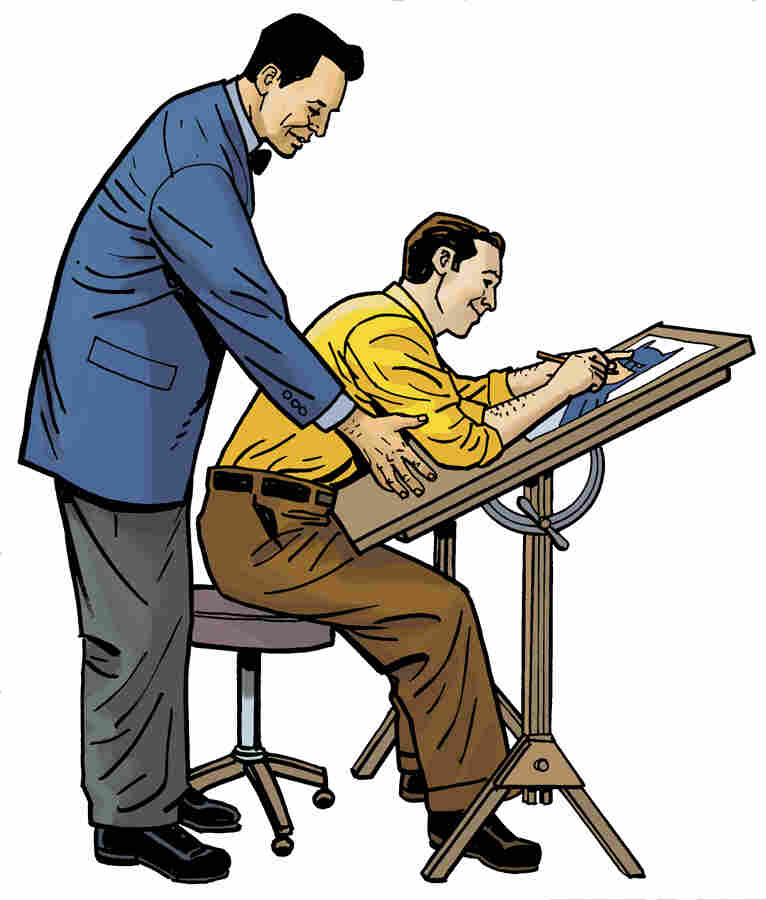 Bill Finger (left) helped create the Batman we know today, including his iconic costume, his tragic backstory, and many of his adversaries. Ty Templeton hide caption 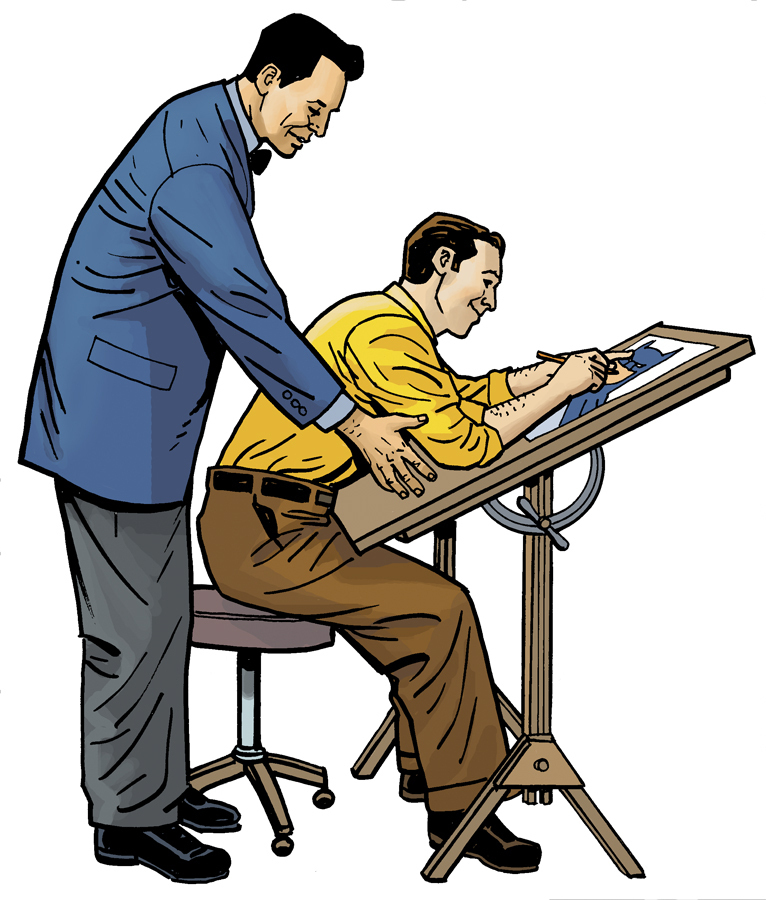 Bill Finger (left) helped create the Batman we know today, including his iconic costume, his tragic backstory, and many of his adversaries.

Batman has many secrets — the best-known one, of course, being his millionaire alter ego, Bruce Wayne. But that may not be the Dark Knight's biggest secret.

Since the 1930s, only one man has been given credit for creating the caped crusader and his home city of Gotham. Bob Kane's name appears in the credits of all the movies, the campy TV show and the associated merchandise, from video games and action figures to sheets and underwear.

But what if Bob Kane didn't do it all by himself?

"Bill Finger is the uncredited co-creator of Batman," author Marc Tyler Nobleman tells NPR's Guy Raz. "His name never appeared on a Batman story in his lifetime, but he was responsible for just about everything enduring about Batman."

DC Comics had commissioned Kane to come up with a superhero to rival the newly created Superman. After meeting at a party, Kane enlisted Finger, then a struggling artist and writer, to help. Nobleman tells the story of Batman's birth in his new book, Bill the Boy Wonder: The Secret Co-Creator of Batman.

"Bill Finger named Gotham City," Nobleman says. "He named Bruce Wayne." Finger, who was mainly a writer, was responsible for designing Batman's iconic cape and cowl costume, Nobleman says. In fact, he says, some people believe that Kane didn't even come up with the idea of Batman on his own. 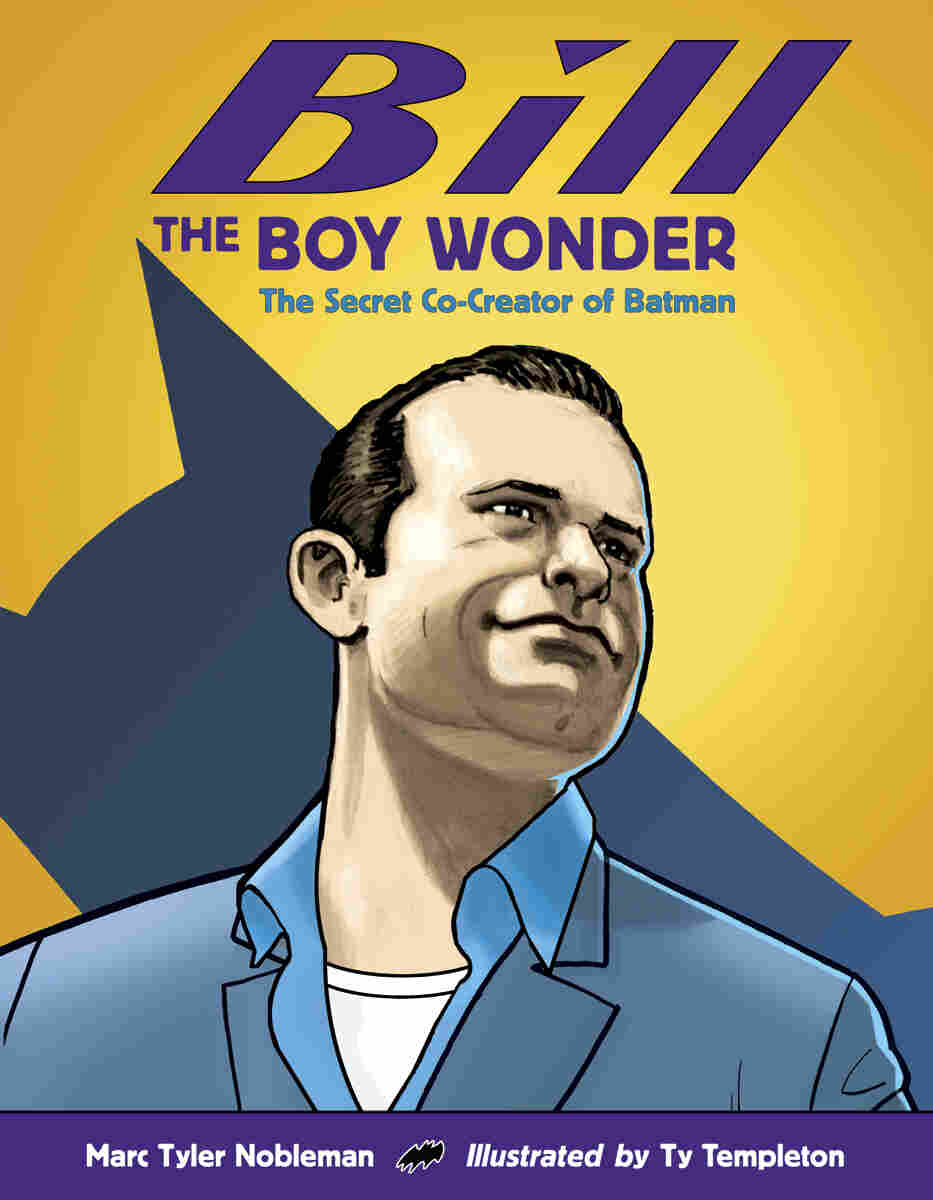 "There are some that feel ... that his character was Birdman, and it was actually Bill who said, 'Let's go with Batman.' "

The list goes on. Robin? "Bill was the one who said Batman needs ... someone to talk to," Nobleman says. "And through that, Robin evolved, and Bill wrote the first Robin story."

The Joker? "That's also hotly disputed. It was definitely a group effort, but I give Bill ... the majority of the credit," Nobleman says. "He wrote the first story, he came up with the look, although someone else drew it."

Batman was a revolutionary figure in the world of early superhero comics; he wasn't an alien or a mutant, and he had no superhuman powers. He was just a regular human who happened to have a very good reason to transform himself into a vigilante crime fighter: As a child, he witnessed the murder of his parents by a mugger on a Gotham street.

"Bill Finger came up with that story, and that was unprecedented at the time," Nobleman says. "That was more depth than anyone had ever applied to a comic book character before."

Nobleman gives 99 percent of the credit for Batman to Finger. "But if you're looking at it from a business perspective, then the numbers shift," he says. "Bob was the one who got it sold and was the one who was the face of Batman for many years, but that's because he orchestrated that in his contract. Bill was not a promoter."

No documentation or contract survives relating to Finger and Kane's business relationship — but when Kane proposed that he put his own name on the character they created together, Nobleman says, Finger accepted. "Partly because that's what was done at the time, but also partly because it was the end of the Depression and if you could get any work in your chosen field in the arts, you'd take it."

Kane grew rich on Batman profits — money that Finger barely shared in. "This is going to sound like I'm milking this," Nobleman says, "but he literally died alone, poor ... and unheralded. No obituary ran for him, he didn't have a funeral and he doesn't even have a gravestone." 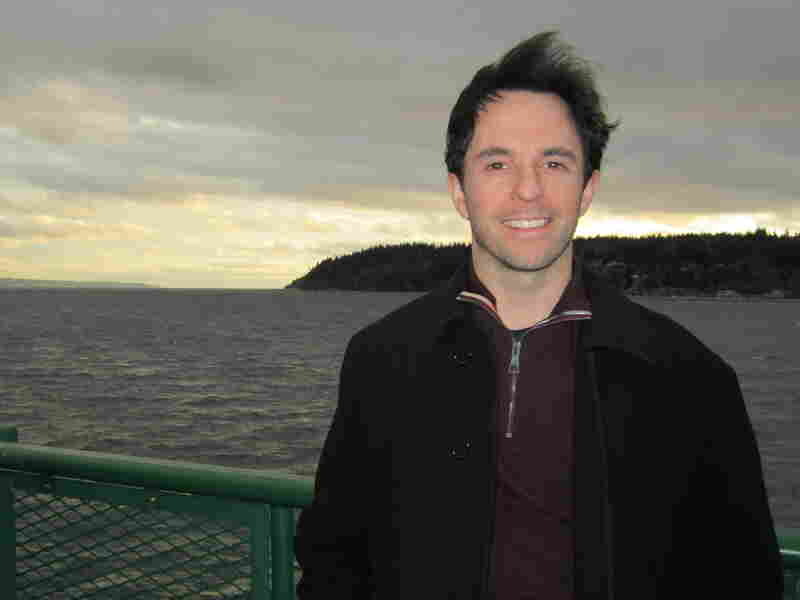 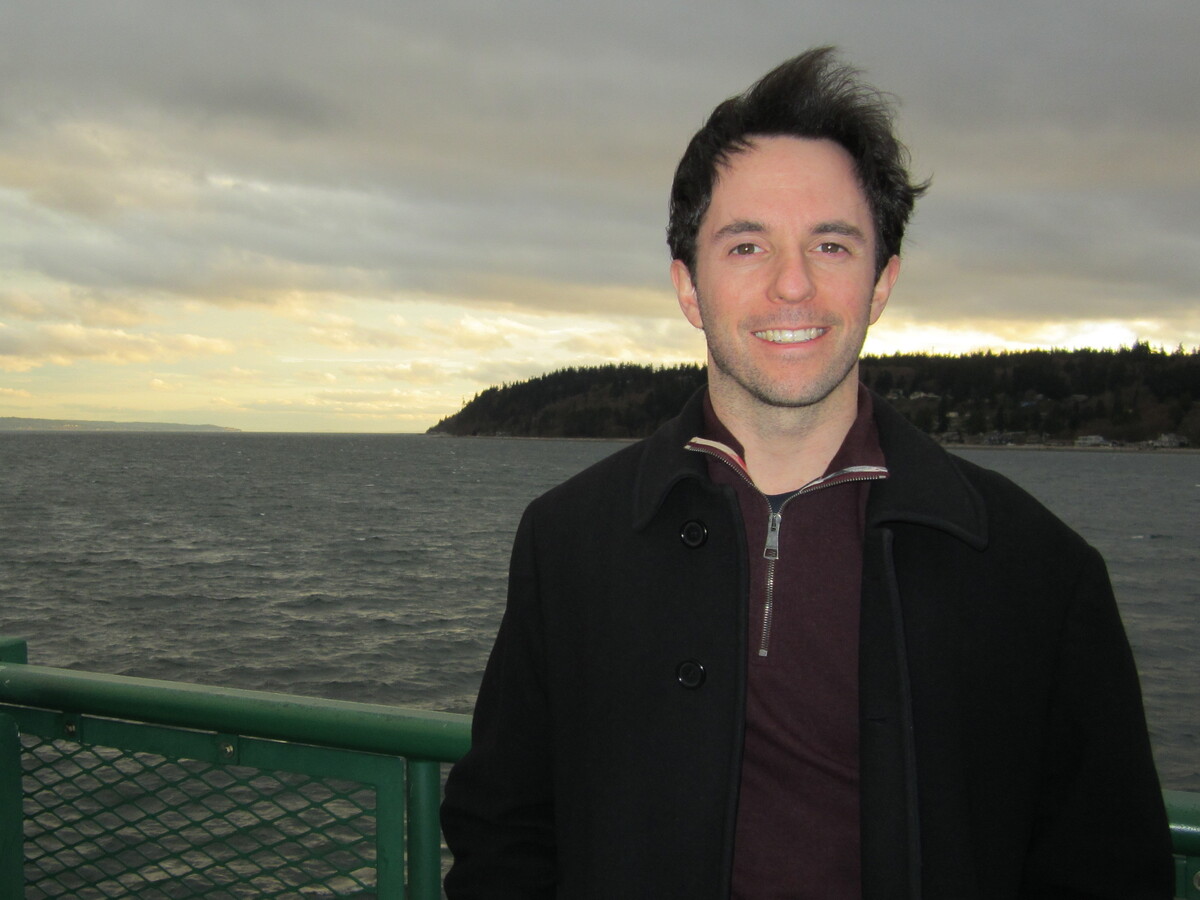 Finger wasn't completely forgotten, but he's never gotten credit as the co-creator of Batman. "Bob Kane is the only person credited on any Batman story in any medium," Nobleman says. DC Comics puts Finger's name on the specific scripts he wrote, but it doesn't recognize his influence on the creation of the character, he says.

"They have a contract with the Kane estate and they don't want to jeopardize that," he says.

But Finger is a hero to many comics fans. "Fans ... refused to let this injustice stand," Nobleman says, "but no one ever did anything formally for him."

Until Jerry Robinson — a friend of Finger's and one of the earliest Batman ghostwriters — created an award in his honor. The Bill Finger Award for Excellence in Comic Book Writing is given out each year at San Diego Comic-Con to two writers, one living and one deceased, who have not been properly recognized for their work.