Accessibility links
Hard Lessons At the Olympics, Like The Metric System As the Olympics have shown, participation in sports at this high level can teach discipline, perseverance and teamwork. But can the Olympics teach U.S. athletes to think in meters and kilos instead of feet and pounds? 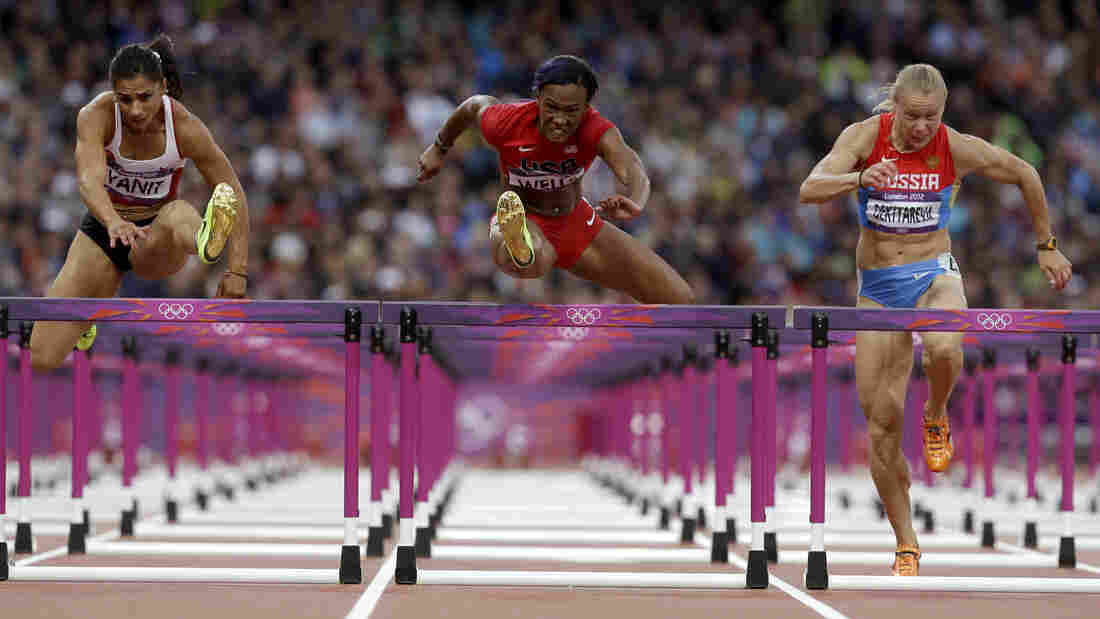 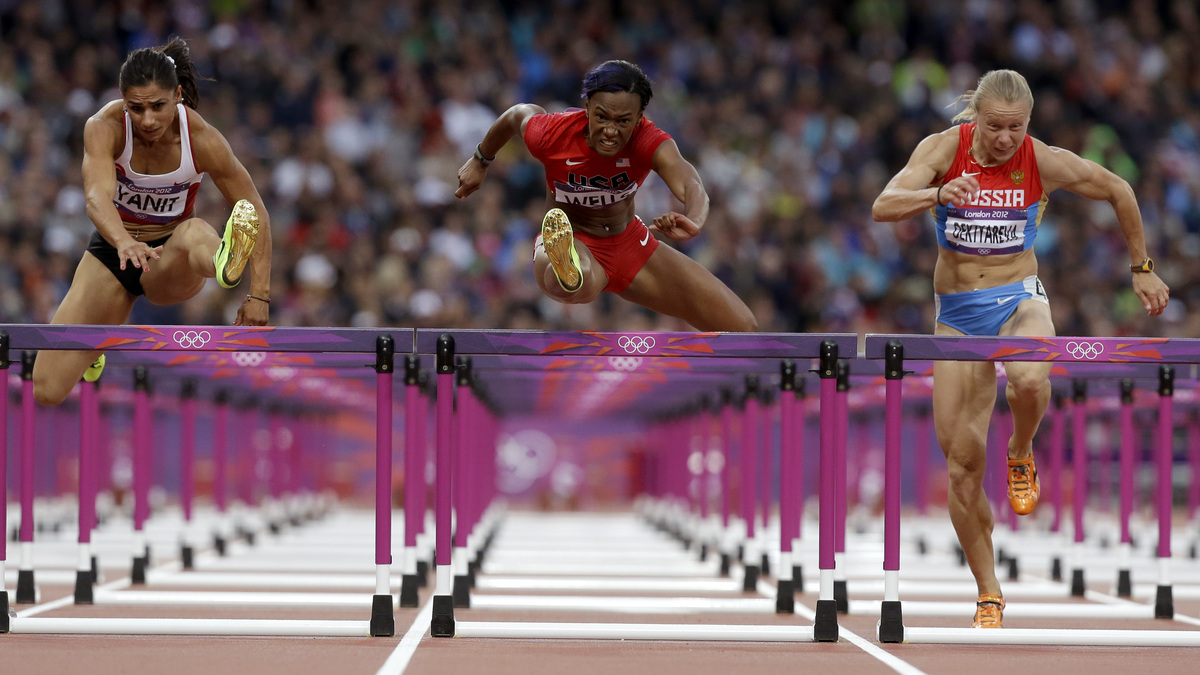 Turkey's Nevin Yanit (from left) United States' Kellie Wells and Russia's Tatyana Dektyareva compete in a women's 100-meter hurdles semifinal. Exactly how many yards is that?

Olympic winners like gold medalist Claressa Shields have said the games were a learning experience, but what were they learning? Hard work? Sure. Sportsmanship? Maybe. The metric system? Certainly not.

U.S. judo competitor Kyle Vashkulat competes at 100 kg, which he knows means he weighs 220 lbs. But does he know height?

Nick Delpopolo, a judoka who wrestles at 73 kg — which, of course, is 161 lbs — also has distance deficiencies. Like if someone says something is 10 km away.

"Uhhh, that's about a little over 3 miles, I know that," Delpopolo says.

Off by about 100 percent. Now it is true that Delpopolo was bounced from these games for ingestion of marijuana, but that surely didn't affect his math skills.

Seeing The World Through The Olympic Rings [Infographic]

If you want the testimony of a straight shooter — literally — take Jason Parker, a sergeant in the U.S. Army. As a sport shooter on the U.S. Olympic team, Parker measures distances in meters. But is he good with kilograms?

Perhaps U.S. gold medalist Dan O'Brien, decathlon veteran, is metrically proficient. Does he know how much, say, 78 kg is?

"No not at all," he says. "I just kind of roughly think two-thirds of that added on, you don't double it but, no.

"I'm in the weight room at the gym, I pick up the 36 kilos and start doing some benches and stuff, and — no. It's frustrating."

There is perhaps one reason this matters. Track and field is relatively unpopular in the U.S., maybe because its feats are measured in a way that is meaningless to most Americans.

Wouldn't it be more impressive to say that the gold medal hammer throw went 87 yards? Then we could picture Eli Manning standing on the 13-yard line and tossing a 16-pound steel ball clear to the end zone. And while Monday Night Hammer Throw won't soon be coming to ESPN, it could help the sport heat up a bit, if not reach a full boil, which is what — 600 degrees Celsius?