Accessibility links
Sleuthing Through The Shadows In Sunny Honolulu In Victoria Kneubuhl's mysteries, dashing detectives Ned and Mina explore the darker side of a sunny tourist paradise — Honolulu. In their debut, Murder Casts a Shadow, Ned and Mina set out to discover who killed a crooked museum curator, and get drawn into a deeper mystery about the death of Hawaii's last king. 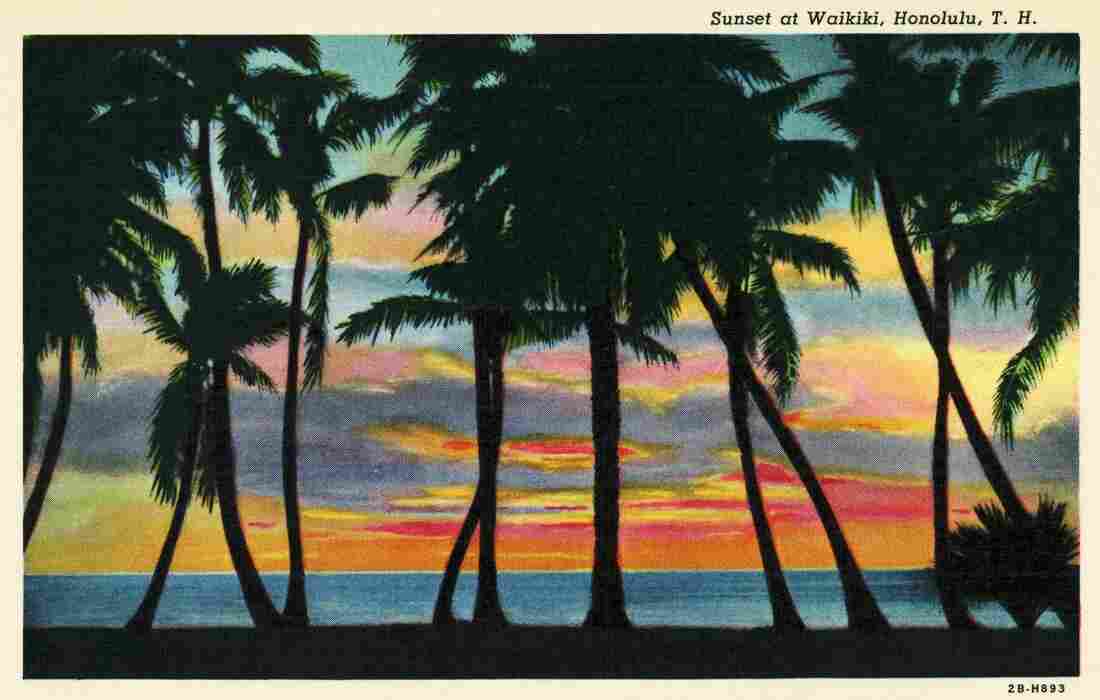 Honolulu, on the lush, green island of Oahu, is paradise for surfers and sunbathers — but author Victoria Nalani Kneubuhl sets her mysteries in a darker, more sinister version of the tourist mecca.

"I think that juxtaposition between things that are horrible and terrible happening in a beautiful setting adds a lot of tension and depth to things," she tells NPR's Renee Montagne. 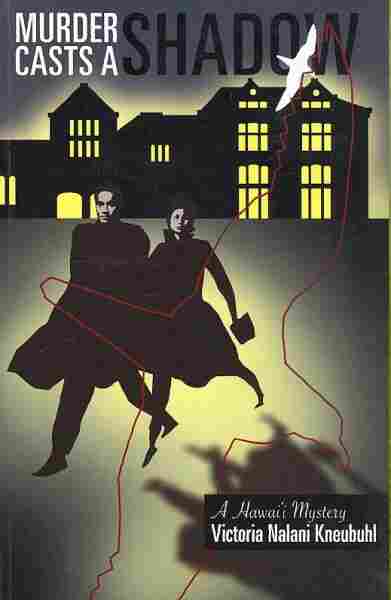 Kneubuhl's first novel, Murder Casts a Shadow, is set in 1934 — and indeed, it could have been written in the 1930s. It's an old-fashioned whodunit, where all the characters are linked as they come together to put on a play for Honolulu's Community Theater.

Only the playwright is not from Hawaii — he's Ned Manusia, sometime spy, son of a British aristocrat and a Samoan princess, raised in England. In short, the type of outsider with an exotic past and a taste for adventure that has always been drawn to the islands. On his first day, Ned wakes up in an elegant guesthouse above a "lake of clouds," as Kneubuhl describes it in her book.

"His imagination always seemed more alive in Hawaii. He could relax. He wasn't the oddity that he was in London. Or the oddity he felt he'd become in his birthplace," she reads. "Honolulu was a mixture of all kinds of odd people and things floating in the ocean between so many worlds."

The darkly handsome Ned will soon meet — and team up with — Mina Beckwith, girl reporter for the Honolulu Bulletin. With her flowing black hair, green eyes and golden brown skin, Mina is a Hawaiian Nancy Drew, always on the lookout for a mystery to solve.

"She's part Hawaiian. She was born here in Honolulu," Kneubuhl says, strolling along Waikiki Beach. "And she lives on this beach." Like Mina, Kneubuhl herself is descended partly from native Hawaiians. And this particular stretch of beach actually played a part in what, for Hawaiians, is a tragic moment in their history.

In the late 19th century, a group of powerful white landowners and businessman — with the help of U.S. troops — overthrew the kingdom of Hawaii. And it was here, shortly after, that a boat full of Hawaiians tried to take it back. "This was the beach where they landed arms that they had shipped in from San Francisco," Kneubuhl says. "There's a part in my book where Ned says to Mina, 'Oh, you're living in rebel territory?' And she goes, 'Yes I am, on the beach at Ka'ala'waii.' " 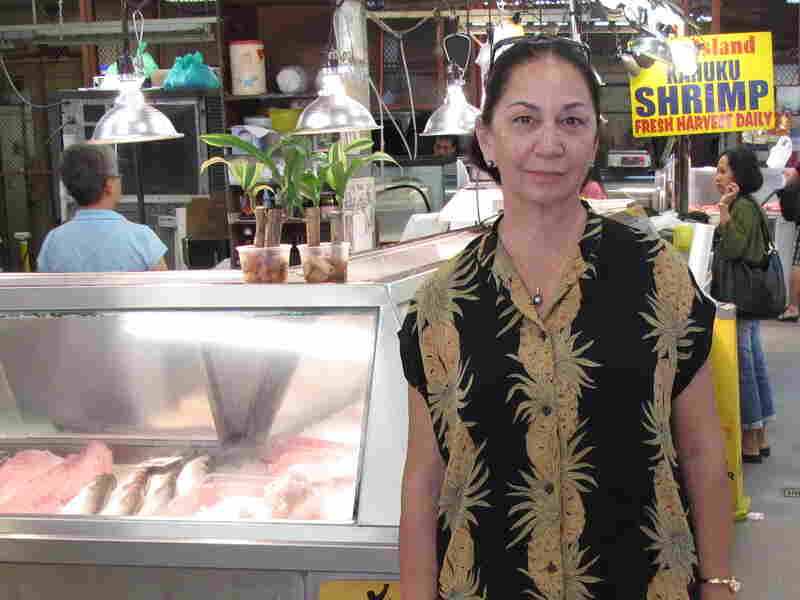 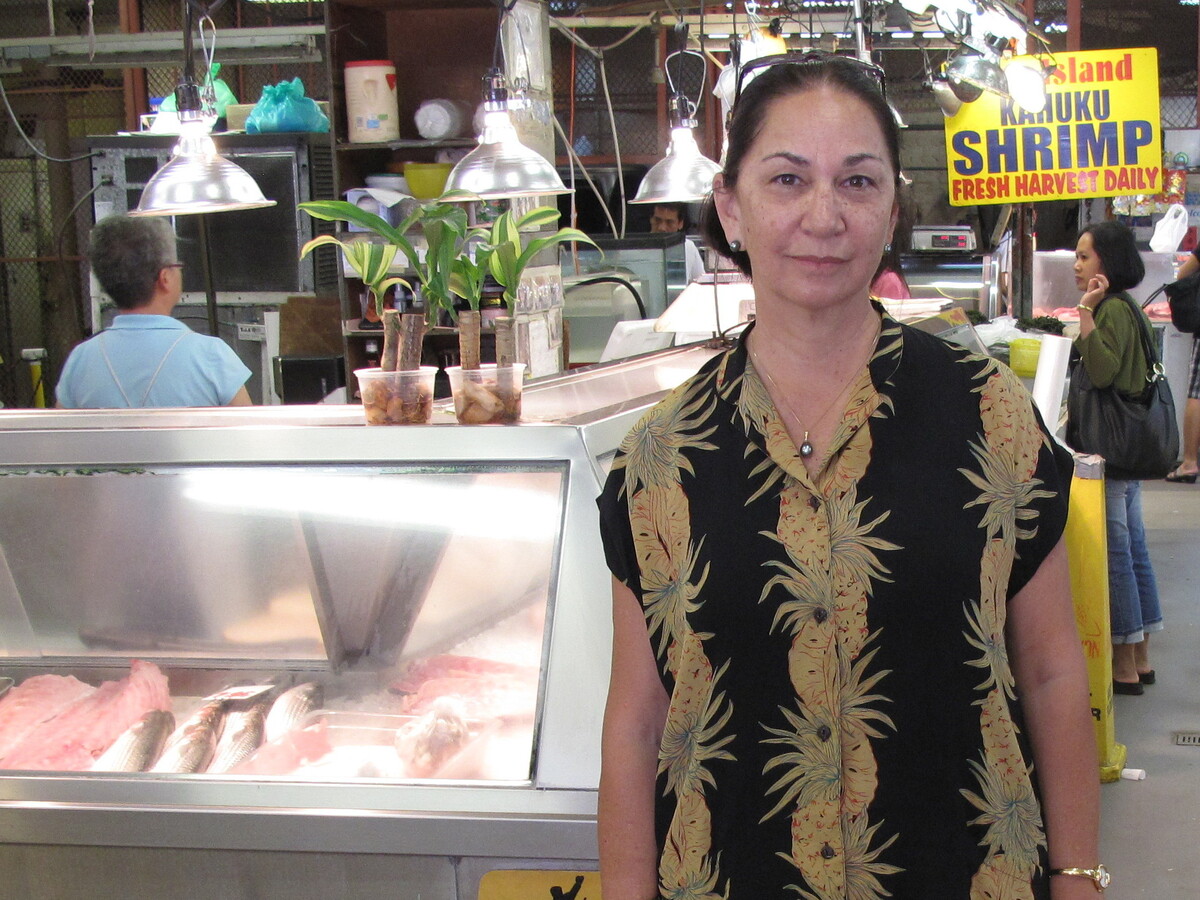 It's one of many moments where Kneubuhl threads Hawaii's sometimes painful past into the story — a history largely unknown to the tourists enjoying its tropical charms — giving depth to what would otherwise be just a great beach read.

Still, this is a murder mystery, so from the rebel beach, Kneubuhl leads on to a place where, back in the '30s, Hawaii's more suspicious characters probably got up to no good: the Oahu Public Market, in the heart of Chinatown.

"When people want something really fresh, this is where they come," Kneubuhl says — and in fact, the fish are so fresh, they're still flopping. "Our Chinatown in the city is one of the oldest in the nation," she continues. "I set a lot of scenes and action in Chinatown because it used to have a reputation of being super seedy, and there's still a lot of gambling going on here today, and a lot of shady deals are done in Chinatown."

One such deal might have gotten a character killed in Murder Casts a Shadow. It involves the illegal trade in Asian antiquities, passing through the secretive underworld of 1930s Chinatown.

The actual murder is set in Honolulu's Bishop Museum. Founded in the 1880s, its cool, dark Victorian interior overflows with the precious artifacts of Hawaii's long-gone kings and queens. In a sense, these artifacts take their revenge — when Mina shows up at the museum for a story about the portraits of Hawaii's last royal rulers, the man she comes to interview won't be talking — because he's dead.

That first murder, of a widely loathed and possibly crooked curator, leads Mina and Ned to a deeper, older mystery hidden in the royal portraits: What killed Hawaii's last king? The historical record says King David Kalakaua fell ill and died on a royal trip to San Francisco. But from childhood, Victoria Kneubuhl has heard a different version, passed down through generations of Hawaiians: The king was murdered.

"When I was young, my grandmother and an old friend of hers used to get together and play canasta every week," Kneubuhl recalls. "Sometimes they would stop and tell stories about the monarchy, and that's where I first heard that rumor that the king might have been poisoned. It was really interesting to listen to this one woman who we called Nana, because whenever she talked about the overthrow of the monarchy, her voice got really quiet, it was charged with emotion; so that left a really big impression on me."

For Kneubuhl, it's the lost world of old Hawaii that casts a shadow. "You know, that history for so long was kept away from people, at least in my generation," she says. "And I realized that by writing these mysteries, you can kind of go home again."

Read an excerpt of Murder Casts a Shadow