Accessibility links
Wicked And Delicious: Devouring Roald Dahl There's nothing scarier than having someone you love turn on you. For author D.W. Gibson, that someone was Roald Dahl, who, in addition to children's books, wrote short stories that are truly terrifying. Is there a book that haunts your dreams? Tell us about it in the comments. 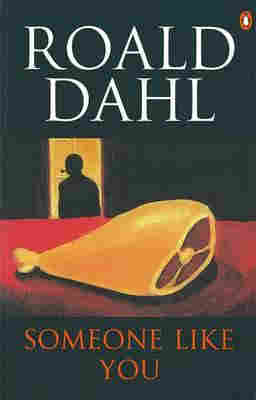 D.W. Gibson is the author of Not Working: People Talk About Losing a Job and Finding Their Way in Today's Changing Economy.

The bright white Heritage Park library opened up a mile from my house when I was 13, and the first thing I checked out was Roald Dahl's story collection Someone Like You. I should have known what I was in for because of that giant eyeball on the cover; but somehow I saw it as more of a temptation than a warning.

And I might have guessed by the title of the first story I read — "Lamb to the Slaughter" — that I was in for blood and death. Instead I anticipated something like the mouthwatering escape I'd had when my fifth-grade teacher assigned Dahl's Charlie and the Chocolate Factory. I had no reason to assume a teacher-approved writer would deliver anything but a fantastical children's story.

I was naive, and Roald Dahl took advantage — blindsiding me rather unkindly.

The story begins routinely — it's a little boring, actually. Mary Maloney waits for her husband, Patrick, to come home. She seems happy to see him. She takes his coat and complains that he's still walking the streets as a senior detective. He downs some whiskey after a long day of work. But after the placid opening, the story changes. Maloney delivers some bad news to his wife, who takes a leg of lamb out of the freezer and slams it into the back of her husband's head, killing him instantly.

The image of Mary suddenly drawing up the frozen meat still haunts me every now and again, on long plane rides or during late-night insomnia, when my mind has time to wander to random memories. I think Mary's jolting action might still be the reason I prefer to stand with my back against the wall in any given room, and why I'm still so lousy at delivering bad news. 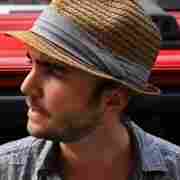 It wasn't just the blunt moment that shocked me but also the menacing details on either side of it: the fact that Mary is six months pregnant; the fact that she swings "without any pause"; the way she talks so calmly to Sam, the grocer at the market, right after the murder. And of course there's that mysterious moment when Dahl skips over a central piece of the plot: the part where Patrick tells Mary whatever it is that's so bad. Somehow what he says doesn't matter. Rage and violence are what's important here — flaunted openly.

In my second reading — on the heels of my first — Mary's early mention of there being "plenty of meat ... in the freezer," followed closely by those icy words "I'll get the supper," leapt out as darkly funny hints. They pair well with the broad comedy at the end of the story when the investigating officer belches as Mary serves him the evidence.

I didn't even make it to the next story in the collection — instead I dug up my copy of Charlie and the Chocolate Factory, tearing into it with eyes suddenly widened by my encounter with "Lamb to the Slaughter." I saw beyond the chocolate river and fruit-flavored wallpaper; I saw the story for what it is: a crazy old man who lures several kids into his factory to torture them — rage, carnage and clever weaponry all simmer beneath the sparkly things that caught my attention at first.

Suddenly I understood what exactly people mean when they say to read between the lines.