Accessibility links
With Ryan's Ascent, A Few Thoughts On 'Entitlement' The Republican vice presidential pick wants to take another look at programs like Medicare and Social Security. Fresh Air's resident linguist parses the word "entitlement" in its political and nonpolitical contexts. 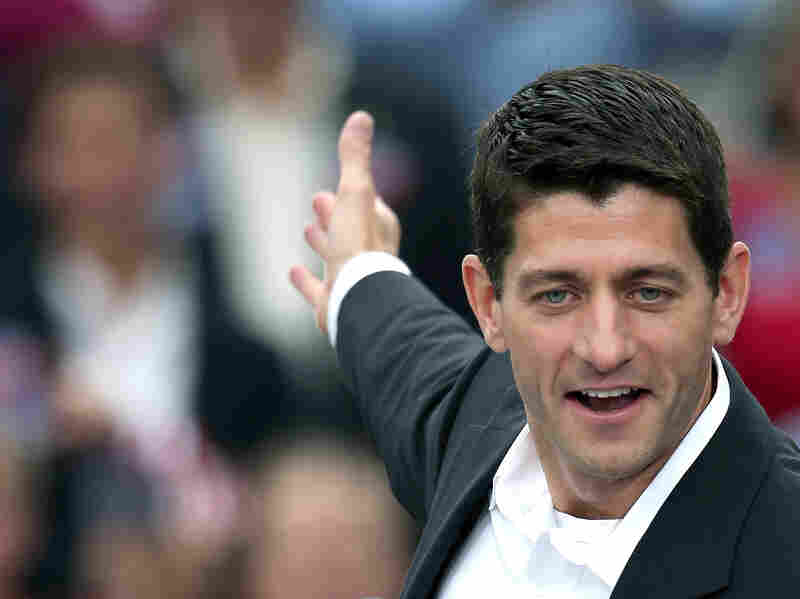 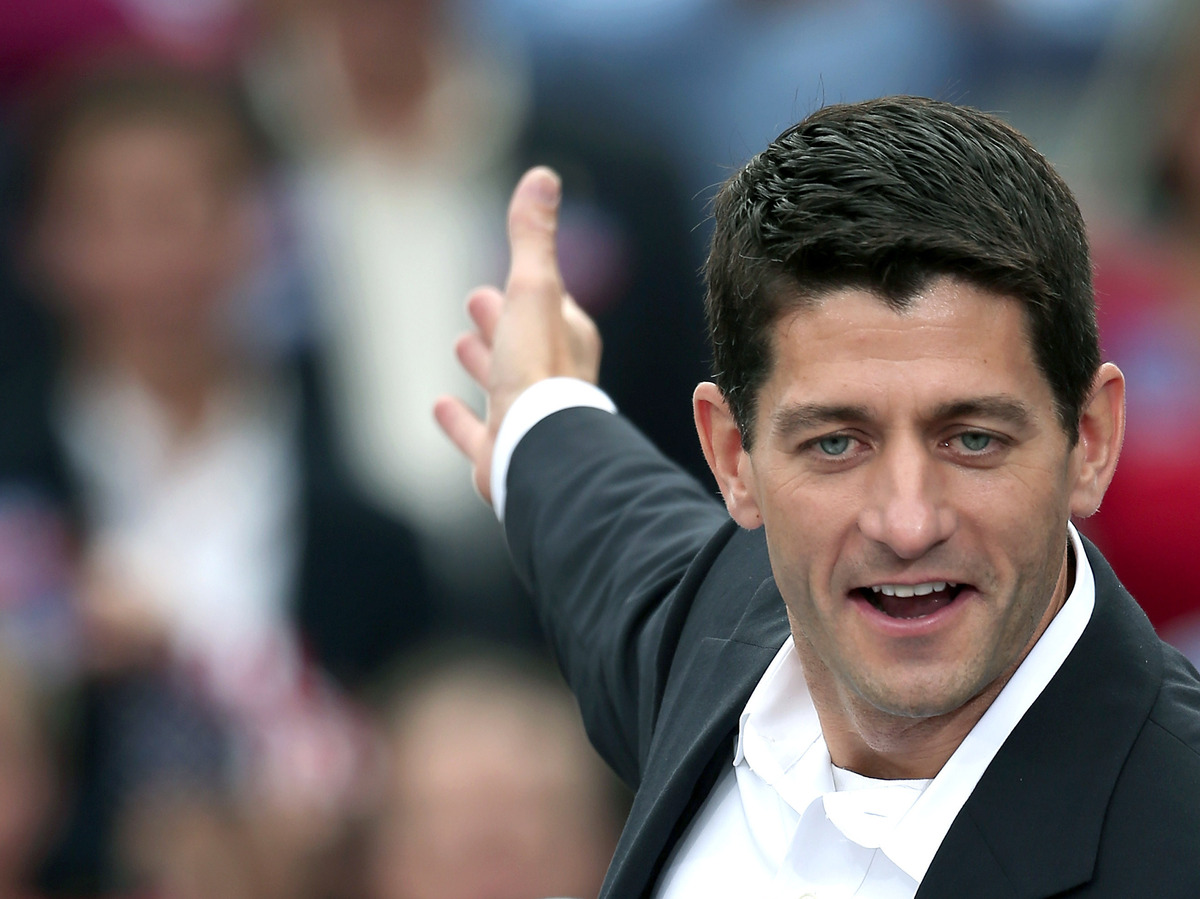 Rep. Paul Ryan has made changes to social safety net programs like Medicare and Social Security — often called "entitlements" — a key part of his political agenda.

People are saying that Mitt Romney's selection of Wisconsin Rep. Paul Ryan as his running mate creates an opportunity to hold what Ryan likes to call an "adult conversation" about entitlement spending. In the present political climate, it would be heartening to have an adult conversation about anything. But bear in mind that "entitlement" doesn't put all its cards on the table. Like a lot of effective political language, it enables you to slip from one idea to another without ever letting on that you've changed the subject.

"Entitlement" originally had two separate meanings, which entered the language along very different paths. One sense of the word was an obscure political legalism until the advent of the Great Society programs that some economists called "uncontrollables." Technically, entitlements are just programs that provide benefits that aren't subject to budgetary discretion. But the word also implied that the recipients had a moral right to the benefits. As LBJ said in justifying Medicare: "By God, you can't treat Grandma this way. She's entitled to it."

The negative connotations of the word arose in another, very distant corner of the language, when psychologists began to use a different notion of entitlement as a diagnostic for narcissism. Both of those words entered everyday usage in the late 1970s, with a big boost from Christopher Lasch's 1979 best-seller The Culture of Narcissism, an indictment of the pathological self-absorption of American life. By the early '80s, you no longer had to preface "sense of entitlement" with "unwarranted" or "bloated." That was implicit in the word "entitlement" itself, which had become the epithet of choice whenever you wanted to scold a group like the baby boomers for their superficiality and selfishness.

True, these polemics belong to an ancient genre. People may not have talked about entitlement as such before the boomers and Generation X. But critics were saying similar things about the generations of the '50s, of the '20s, of the 1890s, and so on back to Generations A and B. It's hard to think of any age when people weren't saying: "Kids today, I'm here to tell you."

Still, "entitled" isn't quite the same as time-honored reproaches like "spoiled." Like "narcissistic," "entitled" adds a tone of clinical authority. If you want to know if someone is spoiled, you ask your grandmother; if you want to know if they've got a sense of entitlement, you ask Dr. Joyce. And while "spoiled" suggests someone at the mercy of infantile needs, a sense of entitlement implies a legal or moral claim. When you give a kid who's spoiled a B minus on his final, he comes to your office hours and throws a tantrum about how he needs an A to get into medical school. When you give the same grade to a kid with a sense of entitlement, you're apt to get a call from the family lawyer.

The two words spread the blame around differently, too. Spoiling begins and ends at home. But while parents get a lot of the blame for creating entitled children, too, critics of the entitlement epidemic find lots of other culprits for it — from the media-fed obsession with celebrity to schools that overpraise their pupils, and so on to feminism, affirmative action, plastic surgery, cheap credit cards and Wikipedia.

But it's only when critics get to the role of government that the two meanings of "entitlement" start to seep into each other. On the one hand, the psychological sense of the word colors its governmental meaning. When people fulminate about the cost of government entitlements these days, there's often the implicit modifier "unearned" lurking in the background. And that in turn makes it easier to think of those programs as the cause of a wider social malaise — that they create what critics call a "culture of dependency" or a class of "takers," which are basically ways of referring to what the Victorians called the undeserving poor.

That isn't a new argument. The early opponents of Social Security charged that it would discourage individual thrift and reduce Americans to the level of Europeans. But now the language itself helps make the argument, by using the same word for the political cause and the cultural effects. You can deplore "the entitlement society" without actually having to say whether you mean the social or political sense of the word, or even acknowledging that there's any difference. It's a strategic rewriting of linguistic history, as if we call the programs entitlements simply because people feel entitled to them.

But to make that linguistic fusion work, you have to bend the meanings of the words to fit. When people rail about the cost of government entitlements, they're thinking of social benefit programs like Medicare, not the price supports or the tax breaks that some economists call hidden entitlements. And what people call the culture of entitlement is elastic enough to include both the high school senior who's been told he has a right to get into Harvard and the out-of-work plumber who isn't bothering to look for a job because he knows his unemployment check is in the mail. But it rarely stretches to include the hedge-fund manager who makes a life model of Ayn Rand's Howard Roark, who is the most conspicuous monster of entitlement in all of modern American literature.

No question, it would be useful to have an adult conversation about entitlement and entitlements. Not that politicians or pundits are about to abandon the words or the semantic sleight of hand that's built into them. But with more people paying close attention, those moves may be a little harder to get away with.