Accessibility links
Julie Delpy, Keeping It Real In '2 Days In New York' In her new directorial effort, the actress — who also co-wrote the script — plays a neurotic woman whose French family is coming to New York. Delpy talks to All Things Considered's Audie Cornish about her roles behind and before the camera. 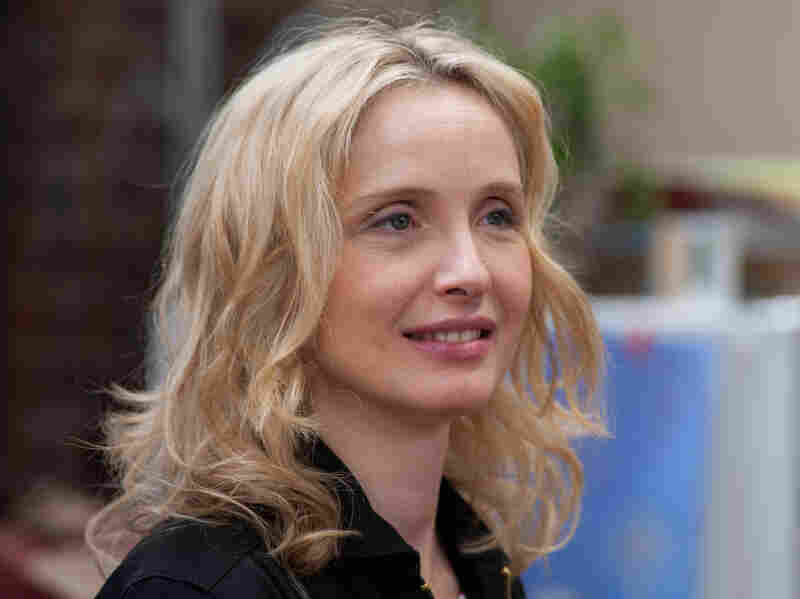 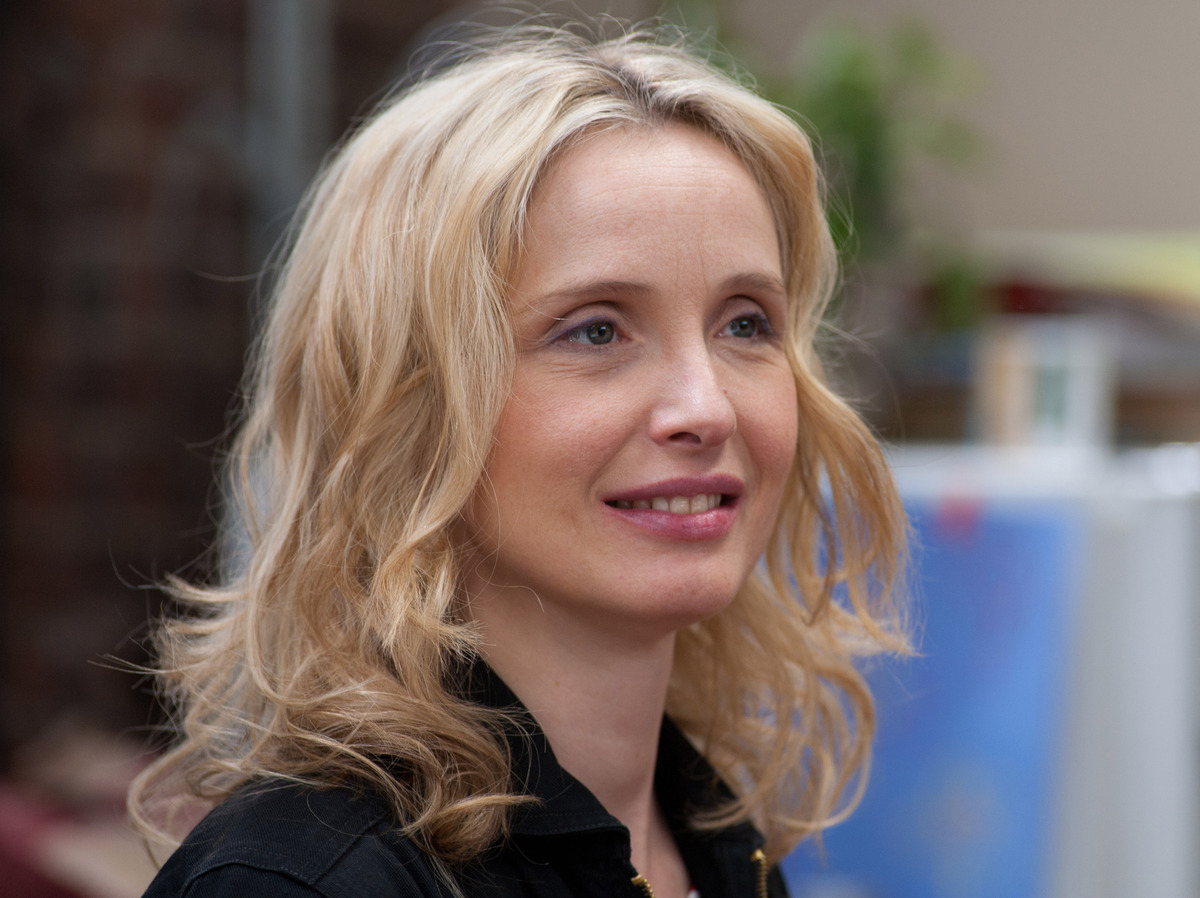 Julie Delpy stars in 2 Days in New York, which she also directed, produced and co-wrote.

Actress Julie Delpy first beguiled American audiences in 1995, playing the enigmatic French student in Richard Linklater's film Before Sunrise. Ever since, Delpy has enjoyed life on the Hollywood fringe, preferring indie projects where she can help shape her roles.

She co-wrote the Oscar-nominated script to Linklater's sequel, Before Sunset, and has also begun directing her own projects. For her latest, 2 Days in New York, she directed, produced and helped write the script.

It's the story of a New York couple: writer Mingus, played by Chris Rock; and photographer Marion, played by Delpy. Hilarity ensues when Marion's French family drops in for the weekend.

The movie works in part because Delpy's Marion is not like the women usually conjured up by Hollywood. She's approaching middle age, and is a bit of a mess.

Delpy spoke with All Things Considered's Audie Cornish about the myths and realities of being a woman on and off the screen in Hollywood.

On creating a realistic female character

"Yeah, she's not really together. I mean she's kind of a — she's neurotic, she's confused, she's not sure what she wants, she's impulsive, she has anger issues. ... She's far from perfection, you know. It's fun to create a character who is not, like, you know — sometimes in films, the women can be more like fantasy women, like she's not really real. I wanted someone as real as possible. I love to write my characters as real as possible. I think it's more fun."

On why meeting the parents makes for great comedy

"When I see my friends meeting the family or spending time with the family of their husband or wife, I see [that] either they go back to the dynamic they have with their family, which can be very scary — which is the case in the film — or it's actually really hard to deal with the people they come from. ... It multiplies all the bad side of that [person] — and it's so revealing also about the person."

On pitting Mingus against an "old-fashioned French" family

"I love situations where it's embarrassing, and I love putting the character of Mingus in this situation that's constantly embarrassing. You know, this family [including Delpy's father, Albert Delpy, as Marion's father] is just putting his life — [within] 24 hours, basically, his life is hell. ... It's so much fun to put people — to torture people, basically, in movies; to make them suffer a little bit." 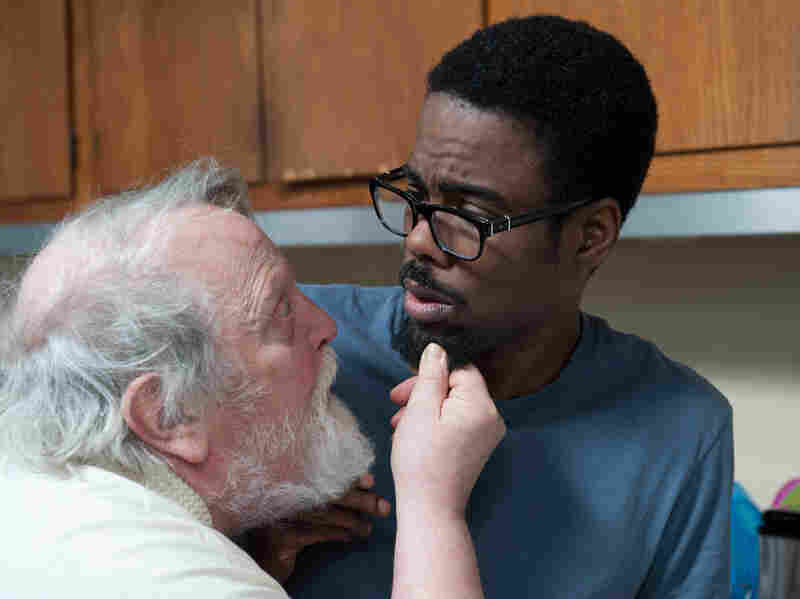 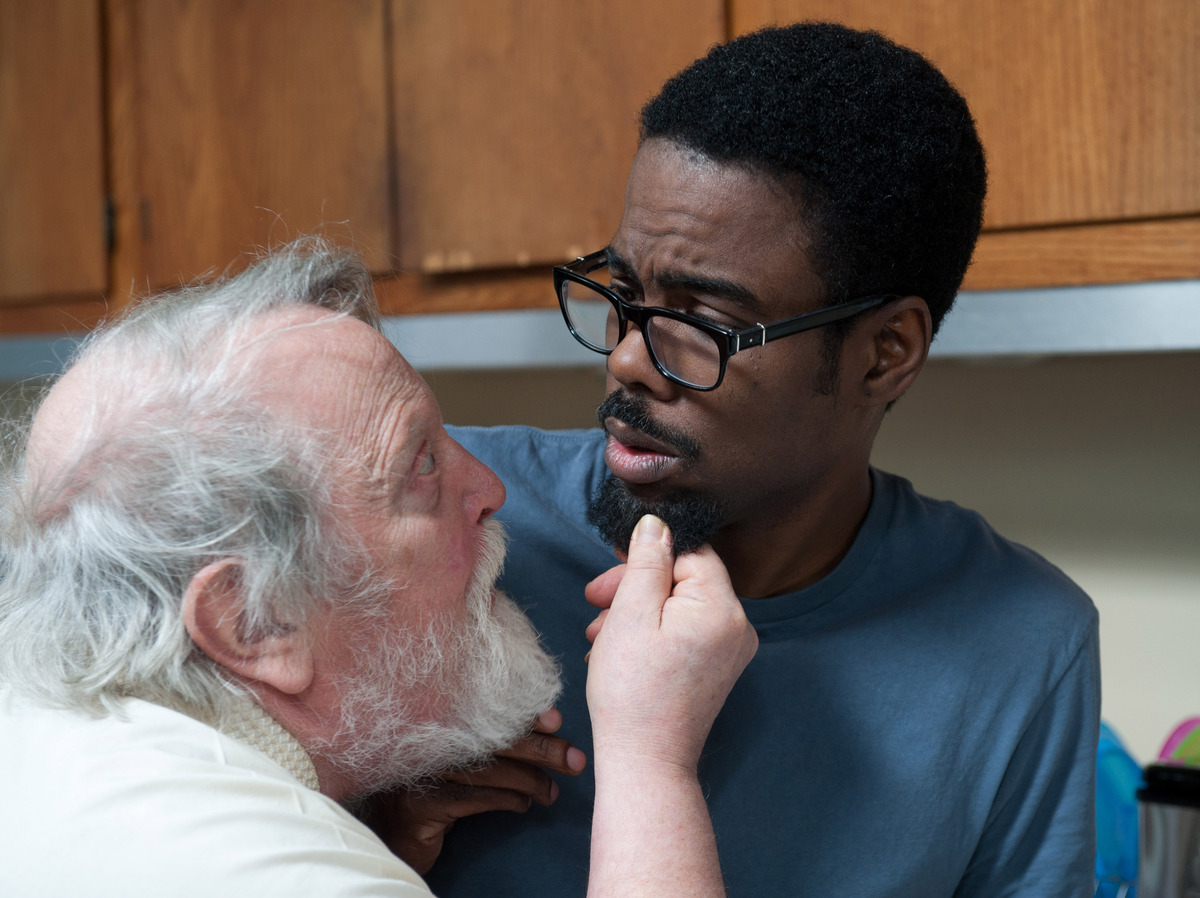 Delpy's own father, Albert Delpy, plays her character's father, who doesn't speak a word of English. This complicates things with her boyfriend, Mingus (Chris Rock).

"I like to describe women that are a little bit [of] a handful, and not necessarily the dream. Because men get away with it, to be all full of flaws, and women fall for men full of flaws. They love it. But then, for the women, it's not as much like that. ... I love describing women that are more real and not perfect. I mean, who is perfect? I don't know anyone perfect, do you? ... I mean, she has quality, and I'm sure she's good in bed. No, I'm kidding. ... She's obviously — they get along, with the character of Mingus. She's probably funny, and things like that."

On being a female director

"It's a hard thing, because, you know, I think directing is very much about problem-solving, and it's very rational. You know, you have to wake up at this time, you have to know your shot list, you have to know what scene you're [doing] — I mean, you have to know your stuff. It's not something you can take lightly. Not that acting is something you can take lightly, but acting is more emotional, so it's a different kind of job. So I feel a lot of studio heads and stuff, or people that are handling millions of dollars and putting that on the table to make movies, are very concerned with the fact that women have the reputation to be more emotional and not as rational or as organized or as meticulous — I don't know, something like that. ...

"But the truth is, I am an emotional person when I need to be, but I can also completely shut down that part of me. You know, when I know I have to make a movie, I really think of the money that I'm spending, I'm really thinking of the time that I'm spending. I'm pretty rational when I start working on a set as a director. I don't feel that creative when I'm directing, I'm just really, really, really focused on making everything work. Just like any other business, you know; I feel like I'm dealing with doing business."

On her future behind the camera

"I love directing, obviously. I love acting, too, but I'm never going to stop directing now. I mean, unless no one gives me money. But even if no one gives me money, I have a great sock-puppet show I want to do. ... So that's very cheap. But it's funny, I have no — you know, a lot of people get stopped by things. And for very many, many years, when I tried to become a director, I stopped myself, because I was like, oh, I need this amount of money to make the film, I need this to do the film, I need this. And then I decided, you know, forget it, I'm going to make a film for no money — that was my first film, 2 Days in Paris — I'm just going to do it. And now I'm kind of in that mode of, I'm just going to do it. I mean, it's very freeing, it's like, you know what, no one can stop me at this point."