Accessibility links
A Rainbow Of Happy Endings In Ethnic Romances Romance has always been popular with ethnic readers, even though for decades, the heroines on the covers looked nothing like the women reading them. That's beginning to change as authors like Brenda Jackson hit the big time with black-themed romances.

The cover of the romance novel Only in Paradise, by author Michelle Monkou. Harlequin Books hide caption

Romance fiction is the Rodney Dangerfield of the publishing world: It don't get no respect.

This, despite the fact that romance is the most consistently profitable genre in an unsettlingly shaky business. Last year, romance alone contributed more than $1 billion to publishing's diminished coffers. And a growing amount of that income comes from romances written by ethnic writers for ethnic readers.

Romance novels have always been popular with ethnic readers — despite the fact that for the longest time, the heroines on the covers looked nothing like the women avidly consuming them. 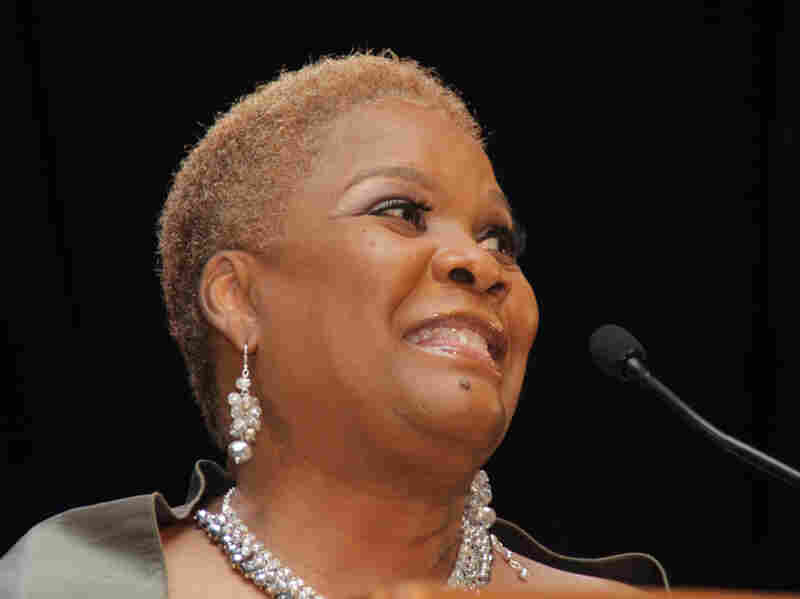 Brenda Jackson started writing in eighth grade because she wanted "heroines who looked like me." Jim Ezell hide caption 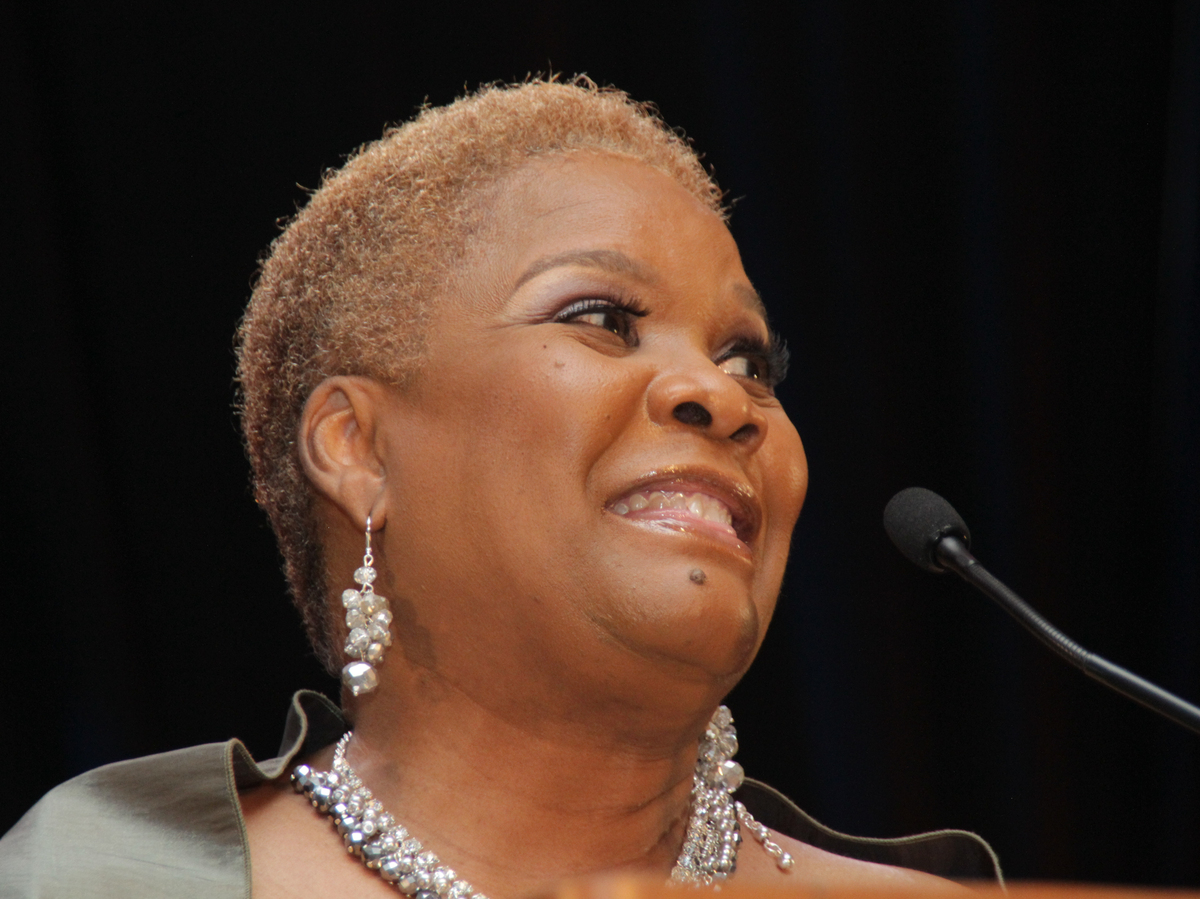 Brenda Jackson started writing in eighth grade because she wanted "heroines who looked like me."

"That's why I started writing stories when I was in the eighth grade," says best-selling writer Brenda Jackson. "I wanted heroines who looked like me." Jackson grew up in Florida with a mother and grandmother who loved romance fiction. "I came up with Cinderella and Snow White and all the Disney princesses. Anything that, in the end, my mom or my grandmother would always say, 'And they lived happily ever after.' That stuck with me — and I wanted it for myself, and for my readers."

So Jackson makes sure her books are saturated with black culture and customs. Her heroines and heroes have money (sometimes inherited, often made through hard work), and are connected to their families and communities. And there is lots of sex — although Jackson insists on it being portrayed a certain way.

"I pretty much go into the bedroom," she says firmly. "I don't just close the door and let the reader wonder what's going on. But I do it tastefully." She says she's gotten thank-you notes from grateful husbands who appreciate the source of their wives' newfound inspiration. Jackson's tenure in the industry has garnered her a devoted following — and, this year, Romance Writers of America's Nora Roberts Lifetime Achievement Award, the highest honor the industry can bestow.

"I want young women of all races to see that there can be a happy ending in real life — but you have to work at it. I've been married since I was 19, to my high school sweetheart who is still the man of my dreams," Jackson smiles. She flashes the small gold and diamond going-steady ring her husband of 40 years gave her when she was 15. "I wear it proudly!" 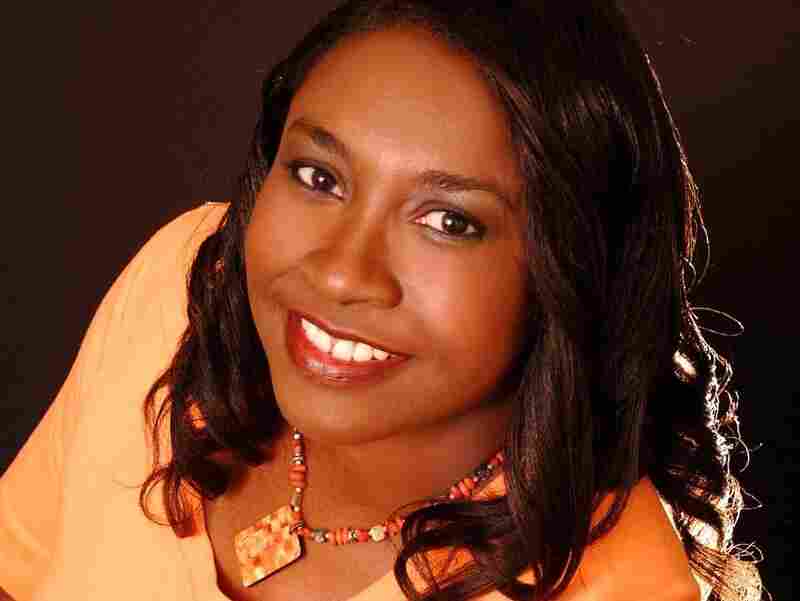 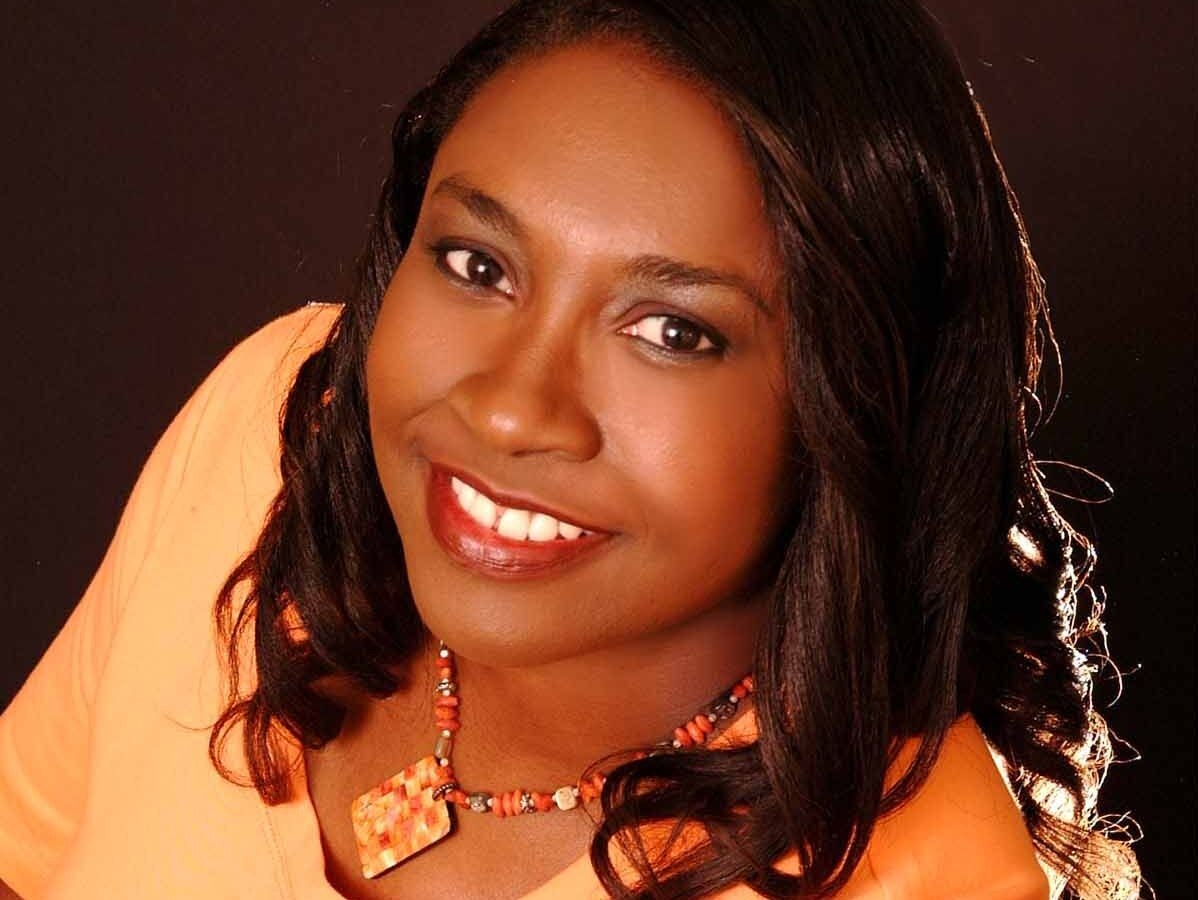 Author Michelle Monkou says Terry McMillan's smash hit How Stella Got Her Groove Back made publishers realize that ethnic romance was a hot prospect.

Michelle Monkou is as reserved as Jackson is ebullient. She, too, is a romance writer, and is a past president of Romance Writers of America. There were ethnic writers who broke barriers in the '80s — beginning with Newsweek editor Elsie B. Washington, who penned Entwined Destinies under the name Rosalind Welles. Washington's editor, Vivian Stephens, later created the first ethnic romance line. But Monkou says it was Terry McMillan's How Stella Got Her Groove Back that made mainstream publishers realize black readers would pay handsomely for black love stories.

Stella, Monkou says, "gave mainstream publishers a peek into the appetite of [ethnic] readers, and they got interested and presented imprints for it." And the books have been selling briskly ever since. The advent of e-books has boosted sales even more, Monkou says, because authors have more control over their product.

"You don't have to wait for the validation or confirmation from marketing teams," she explains. Especially when the marketing departments of many mainstream publishers are, essentially, clueless when it comes to positioning ethnic romances with people of color. Which seems economically shortsighted.

"Unfortunately, romance written by people of color has occupied a unique space within the romance genre," says Sarah Wendell, co-founder of the blog Smart Bitches, Trashy Books, an exhaustively thorough and delightfully snippy analysis of romance fiction for both readers and writers. Wendell says that in past years, bookstores often shelved romances by ethnic writers in sections reserved for ethnic subjects. "And romance readers would never leave the romance section to look for, say, African-American romance novels, because "why would it be anywhere else?"

Like Michelle Monkou, Wendell says the Internet is rapidly changing everything, "as more readers discover books online instead of in brick-and-mortar bookstores."

And that's its own kind of Happily Ever After (or HEA, as it's known in the trade) for the publishing industry. America's becoming more diverse every day, which means the future for ethnic romances looks pretty rosy.