Accessibility links
Taliban Showing New Willingness On Prisoner Swap At issue is the fate of Army Sgt. Bowe Bergdahl, the only known U.S. prisoner of war held captive in Afghanistan. The Taliban may be keen to trade him for some of its leaders held at Guantanamo Bay. 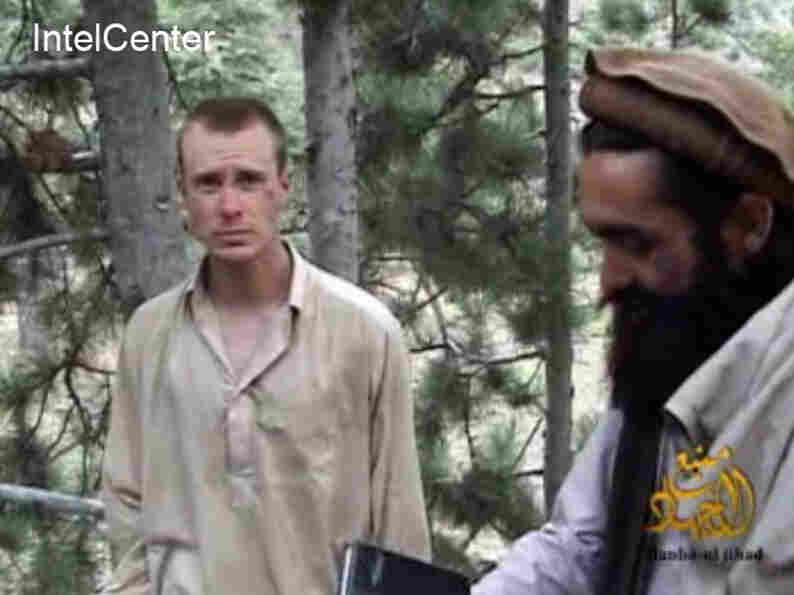 This image provided by IntelCenter on Dec. 8, 2010, shows a frame grab from a video released by the Taliban containing footage of a man believed to be Sgt. Bowe Bergdahl. The 26-year-old Army sergeant was captured by the Taliban more than three years ago. AP hide caption 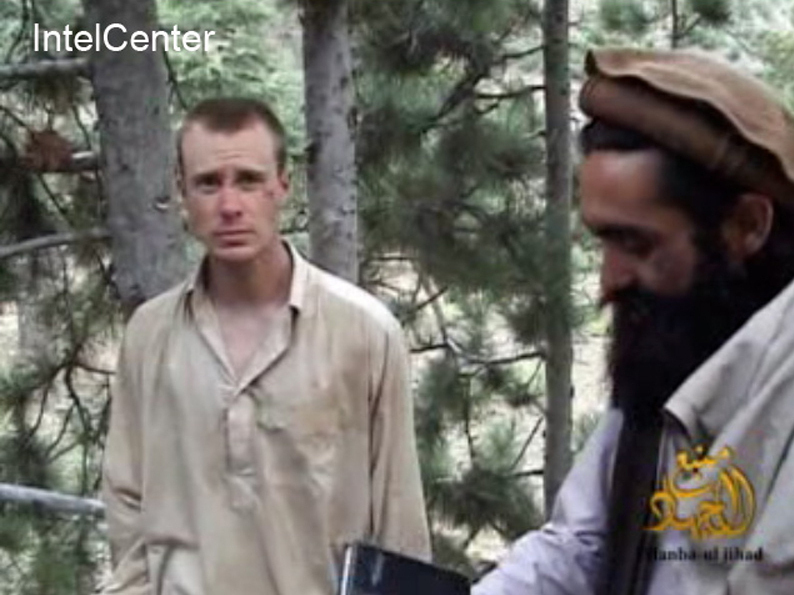 This image provided by IntelCenter on Dec. 8, 2010, shows a frame grab from a video released by the Taliban containing footage of a man believed to be Sgt. Bowe Bergdahl. The 26-year-old Army sergeant was captured by the Taliban more than three years ago.

There are new glimmers of hope for the only known U.S. prisoner of war held captive in Afghanistan — 26-year-old Army Sgt. Bowe Bergdahl, who was captured by the Taliban more than three years ago. After lengthy discussions, it appears his captors may be more receptive than ever before to finding a way to send him home.

Watching Bergdahl in Taliban propaganda videos is heartbreaking. In the first videotape released soon after he disappeared from his forward operating base in Afghanistan in 2009, the young man is wearing a traditional shalwar kameez. He is shown eating, cross-legged on the floor. Then he is prompted, in English, by someone off-camera.

"Well I am scared," Bergdahl begins. "Um ... I am scared I won't be able to go home. It is very unnerving to be a prisoner."

A rooster crows in the background before the camera cuts to another scene.

In the past couple of months, U.S. officials familiar with the talks say the discussions with the Taliban about Bergdahl have found new momentum. The talks had stalled in March after an American serviceman left his base in southern Afghanistan and shot and killed 16 villagers. But in recent months, the Taliban expressed an interest in getting back to where things had left off. One of the key topics of discussion: trading a handful of Taliban prisoners at the Guantanamo Bay for Bergdahl.

Richard Barrett, the coordinator of the U.N.'s al-Qaida and Taliban monitoring team, has been tracking the prisoner discussions. The U.N. is involved because, among other things, the Security Council has leveled travel restrictions against the Taliban leaders who may be part of the swap. The Security Council would have to provide an exemption for the exchange to take place.

"Right now, everyone is waiting on everyone else to make the first move," Barrett says. And even if the discussions were to move forward, which he understands is happening, "it has to wait a little bit on the mechanics being sorted out."

U.S. officials familiar with the discussions say that it is in this area of "mechanics" where there has been the most movement. Broadly, the U.S. has made clear that if the Taliban renounces al-Qaida publicly, other initiatives would be triggered. Among those early plans: a transfer of five Taliban leaders now at Guantanamo Bay to Qatar, where they would be under some sort of house arrest. In exchange for their move out of Guantanamo, the Taliban would have to get the Haqqani network to release Bergdahl.

U.S. officials say this proposal was floated in March. What appears to have changed is the Taliban's receptiveness to it.

James Cunningham, the U.S. ambassador to Afghanistan, tiptoed around the issue in a roundtable with reporters in Kabul.

"How shall I put this? We see reflections," he said of moves by the Taliban. "There are a number of moving pieces that are possible. We haven't made any decisions in any way, shape, or form as far as I know, about any transfers."

To prepare for those decisions, there need to be understandings and groundwork laid. As envisioned now, if there were to be a swap, it would include the Taliban's former ministers of defense, interior and intelligence, all of whom have been in Guantanamo for the past decade. There are a dozen other Afghan detainees at the military prison, but only these key political leaders of the Taliban are the focus of current discussions.

"These are really important people and I think it would be more than symbolic," says the U.N.'s Barrett. "They would be under house arrest, but they could be joined by their families and so on. There would be an office there in Qatar and presumably they would be in communication with their Taliban friends. You could argue that their release could give a boost to the movement. Whether it was a boost toward peace or a boost toward war that would remain to be seen."

A Change Of Heart

Clearly that is one of the many things left to be worked out. The hope is that the prisoner release would just be the beginning. The thought is that confidence-building measure would lead to broader talks between the U.S. and the Taliban and would eventually pave the way for the one thing that is required for lasting peace in Afghanistan: formal reconciliation talks between the Taliban and the Afghan government.

U.S. officials say they aren't sure why the Taliban has shown this sudden change of heart. They say the Taliban may now have a better idea of what the future of its country looks like — there are now a U.S.-Afghan strategic partnership agreement, global backing of Afghanistan and a realization that the U.S. will still have a role in Afghanistan after 2014. That might be a future of which it wants to be a part.

Barrett says the prisoner swap and what follows it won't be easy for either side. Both have a careful calculus to make.

"It is that casting of an agreement as victory, or at least not defeat, that is really important for both sides," he said.

Even if both can eventually declare victory, there is another wild card: how trading five Taliban leaders for America's only known prisoner of war will be received by both the Afghan and the American people.