Accessibility links
Tivoli Gardens Beckons On Denmark's Summer Nights It opened in the middle of the 19th century and has a wooden roller coaster that's nearly a century old. Set in the center of Copenhagen, the amusement park is still a favorite with the Danes. 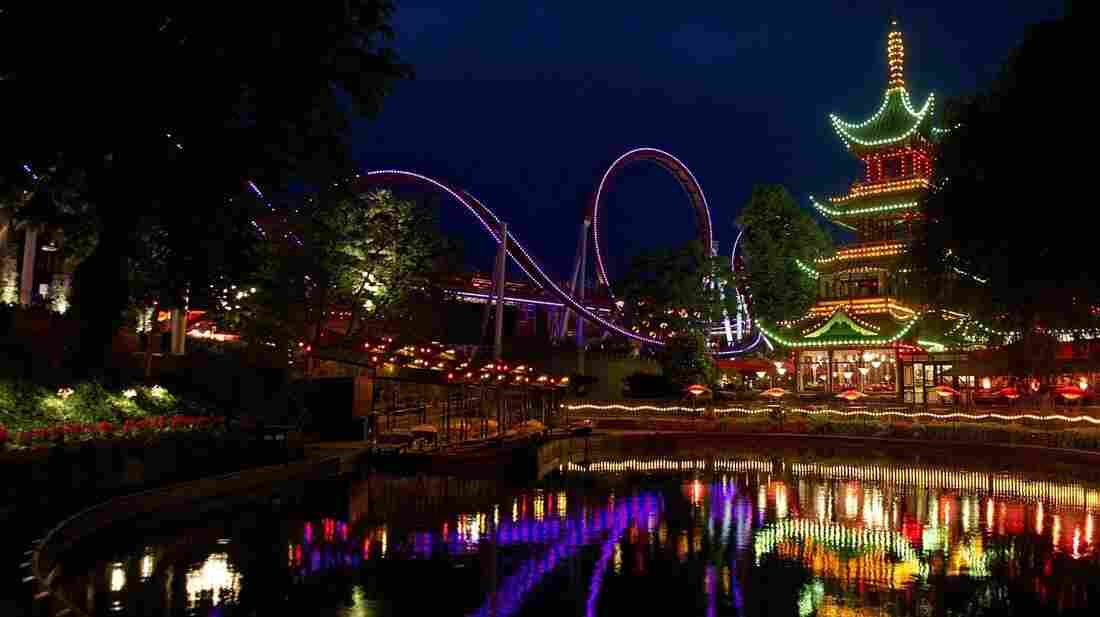 Tivoli Gardens, one of the world's oldest amusement parks, has been a landmark in Copenhagen, Denmark, since the middle of the 19th century. It remains hugely popular, particularly on summer nights. Courtesy of Tivoli hide caption 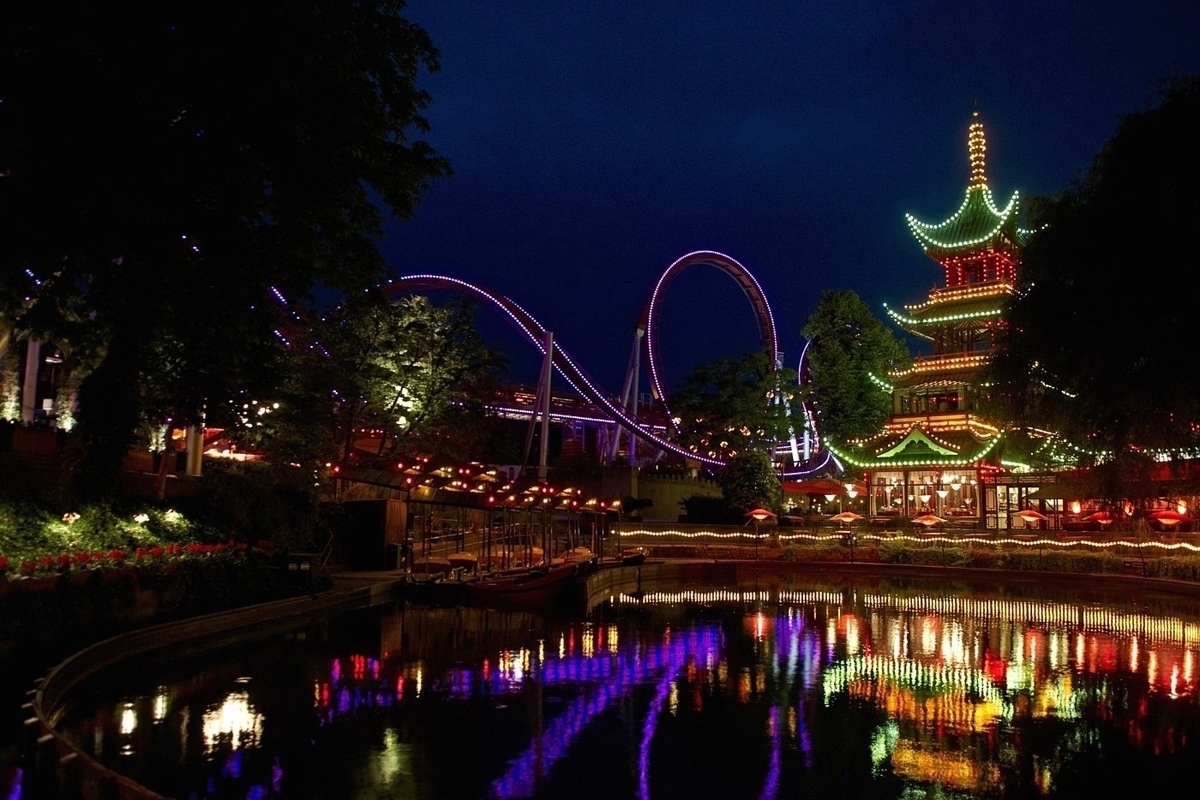 Tivoli Gardens, one of the world's oldest amusement parks, has been a landmark in Copenhagen, Denmark, since the middle of the 19th century. It remains hugely popular, particularly on summer nights.

Maybe it's because there are so few of them, but there is something special about a Scandinavian summer night. And there is no better place to spend one than at Copenhagen's Tivoli Gardens amusement park.

Long before there was Disney, there was Tivoli, the second-oldest amusement park in the world. (The oldest, Dyrehavsbakken, or Deer Park Hill, is also in Denmark.) For nearly 170 years, people have been enjoying the magic of a summer night here.

Founded in 1843 and inspired by the romantic pleasure gardens in Europe of the day, Tivoli's founder, George Carstensen, convinced Denmark's King Christian VIII to give him the land by telling him, "When the people are amusing themselves, they do not think about politics."

Certainly politics seems to be the farthest thing from anyone's mind here on one recent night.

"For the Danish people, it is our national garden. It's a symbol of Copenhagen, a wonderful amusement park, a wonderful place to come," says Tom Holstubro, who is stretched out on the grass, enjoying the classic pantomime ballet held in one of the park's historic, open-air theaters.

Tivoli's pantomime is inspired by Italian commedia dell'arte and the farces of Moliere. Many say pantomime in its true, old form survives only at Tivoli. 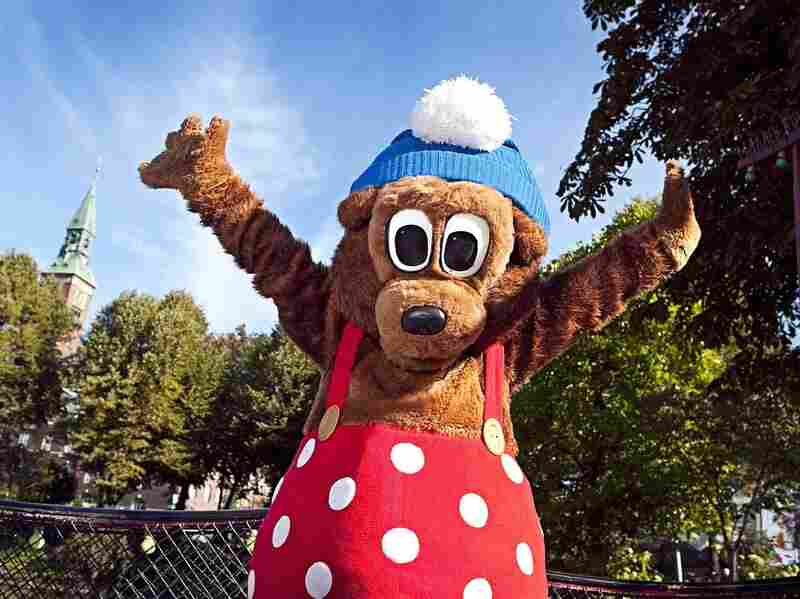 Tivoli Gardens is part Disney, part state fair. Walt Disney was a visitor and give it rave reviews. Many Danes first come as children and return as adults. Courtesy of Tivoli hide caption 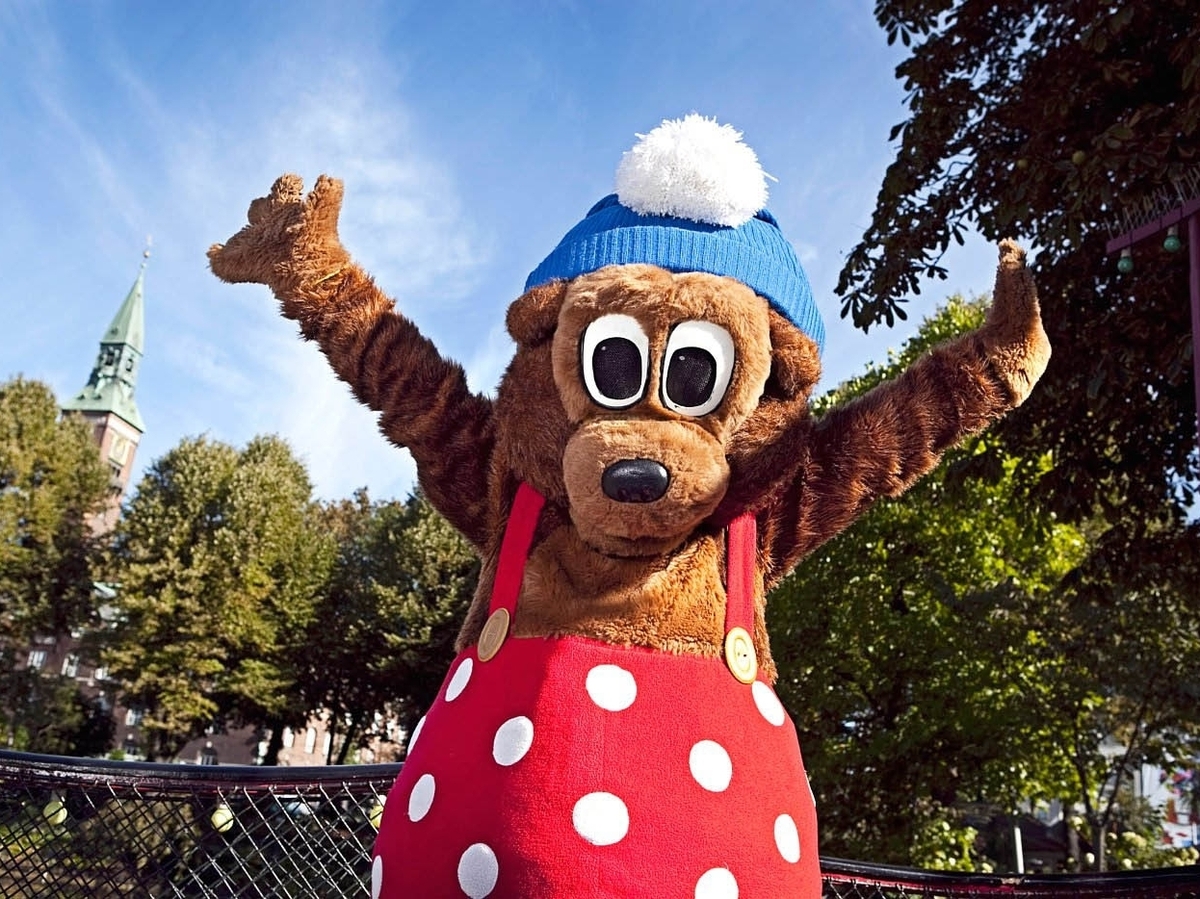 Tivoli Gardens is part Disney, part state fair. Walt Disney was a visitor and give it rave reviews. Many Danes first come as children and return as adults.

When it was built, Tivoli was outside the city. Today, it sits snugly in the center, as Copenhagen has grown around it. That's what makes Tivoli unique, says visitor Morten Sven.

"Tivoli Gardens is this special garden in the middle of the city, a fairy-tale land," says Sven. "This was the greatest place on Earth for me when I was a child."

Danes form a lifelong relationship with Tivoli. Sven is back this night for a concert and to celebrate his 23rd birthday.

Tivoli isn't just about concerts and pantomimes. There are dozens of restaurants, games and rides.

One of the world's most famous wooden roller coasters, Bjergbanen, or the Mountain Coaster, is a big hit. Built in 1914, it is still in operation and is considered a classic by roller coaster enthusiasts around the world.

The 20-acre park can't get any larger, so it grows up. Coaster loops now take riders above the trees, and swings give visitors a bird's-eye view of Copenhagen's church spires and clock towers.

Tivoli's founder was famous for saying the park will never be finished. Torben Plank, who works in Tivoli's communications office, says the park renews itself, while keeping its soul.

"Each year we are asking ourselves, 'What can we do differently from last year?' " he says. "Tradition and new thinking go hand in hand. That's very important for Tivoli."

An Inspiration For Famous Visitors

The author Hans Christian Andersen was a frequent visitor to Tivoli. His fairy tale The Nightingale was said to be inspired by the oriental gardens and decor here.

Walt Disney was so enthralled during a visit, he said he wanted his parks to emulate Tivoli's "happy, unbuttoned atmosphere of fun." Tivoli is part Disney, part Iowa State Fair. Think of the musical The Music Man. For Copenhagen native John Severin, Tivoli is romance.

"The first time I met my wife, we were up in the balloon," he says. "It's like when you find the girl you love very much, you take her to the Tivoli. Because that goes into our hearts."

Perhaps that's why this park, in the heart of Copenhagen, has seduced summer night visitors for so many years.