Accessibility links
'Cosmopolis' Captures Decadent Spirit Of The Age In David Cronenberg's adaptation of Don DeLillo's novel, Twilight heartthrob Robert Pattinson plays a Wall Street billionaire — essentially a corporation-as-person. The movie is constructed as a series of dialogues, but what it lacks in drama it makes up for in incisiveness. 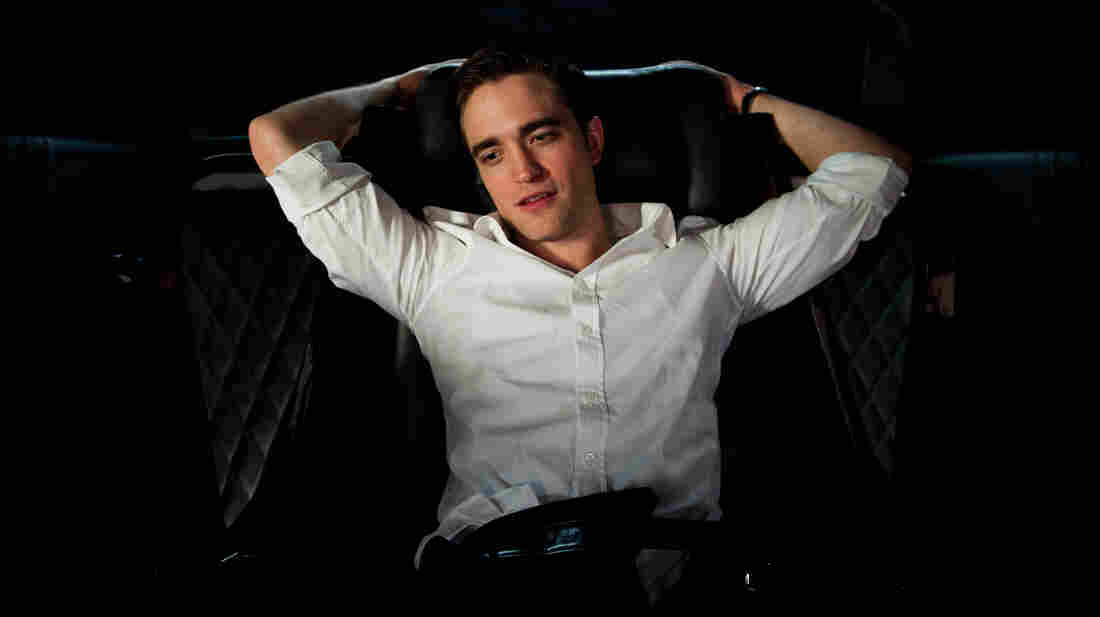 Rated R for some strong sexual content including graphic nudity, violence and language

A matinee idol for the age of HDTVs and "retina displays," Robert Pattinson has a face that seems to require a higher resolution — glossy and ghostly pale, all sleek lines and alabaster skin. As Edward Cullen, the emo vampire in the Twilight saga, Pattinson plays a creature so immaculately inhuman that he literally sparkles in the sunlight. Edward may be over a century old, but Pattinson has become a thoroughly modern, even futuristic teen heartthrob, looking at all times as airbrushed as his many Entertainment Weekly covers.

Pattinson plays a different sort of vampire in Cosmopolis -- a soulless Wall Street billionaire who inches across Manhattan in a white stretch limousine, oblivious to the turmoil outside his hermetic coffin. His casting remains the most compelling thing about David Cronenberg's cerebral adaptation of Don DeLillo's 2003 novel, both because it's a dramatic left turn from the florid, teen-friendly romance of the Twilight movies and because it so cunningly exploits his robotic beauty. As an unfeeling cipher who operates at a stark disconnect from the world around him, Pattinson embodies that infamous Mitt Romney line from the campaign trail: "Corporations are people, my friend."

Updating DeLillo's book to reflect the contemporary backdrop of Occupy Wall Street, Cronenberg stages Cosmopolis as a series of self-contained dialogues that come together in a patchwork of moral and economic decay. Over warnings of a presidential motorcade clogging up the already busy streets — and a "credible threat" to his own life — Eric Packer (Pattinson) decides to travel across the city for a haircut he doesn't need. It's the kind of absurd indulgence that billionaires like Eric can afford, but on this day he probably needs a break from the office, since his empire is collapsing. He has made a big bet that the Chinese yuan will stop increasing in value, and he's come up snake eyes.

Without always explaining how the other characters get in and out of the limo, the film finds Eric visited by a steady stream of business consultants and available women (including the ravishing Juliette Binoche), as well as his equally wealthy and chilly wife (Sarah Gadon) and a doctor who examines him regularly for "an asymmetrical prostate." Eric philosophizes with his guests and gets physical with a few of them, but beyond the threat to his life and the linked deterioration of his fortune and marriage, there's nothing terribly dramatic about Cosmopolis. And how could there be, with a hero this bloodless? 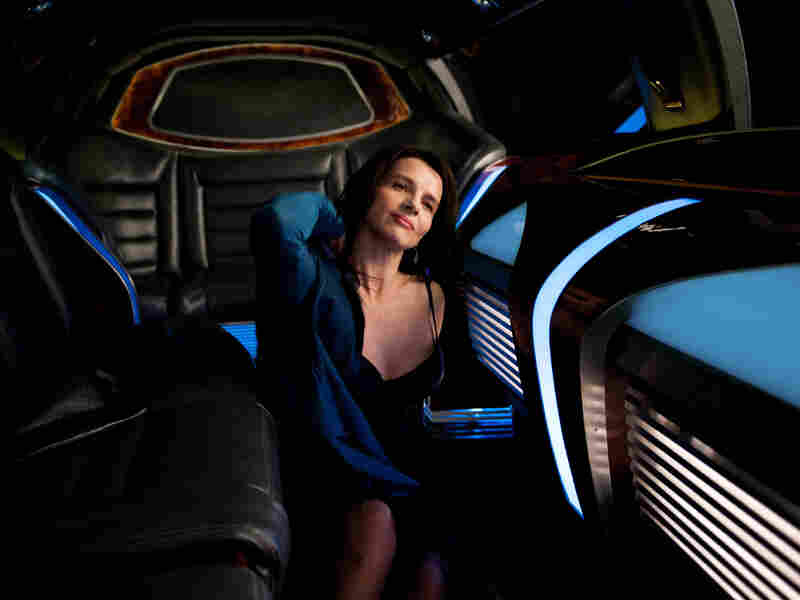 Didi Fancher (Juliette Binoche) is just one of the many characters who conference with Eric Packer in his limo. Entertainment One hide caption 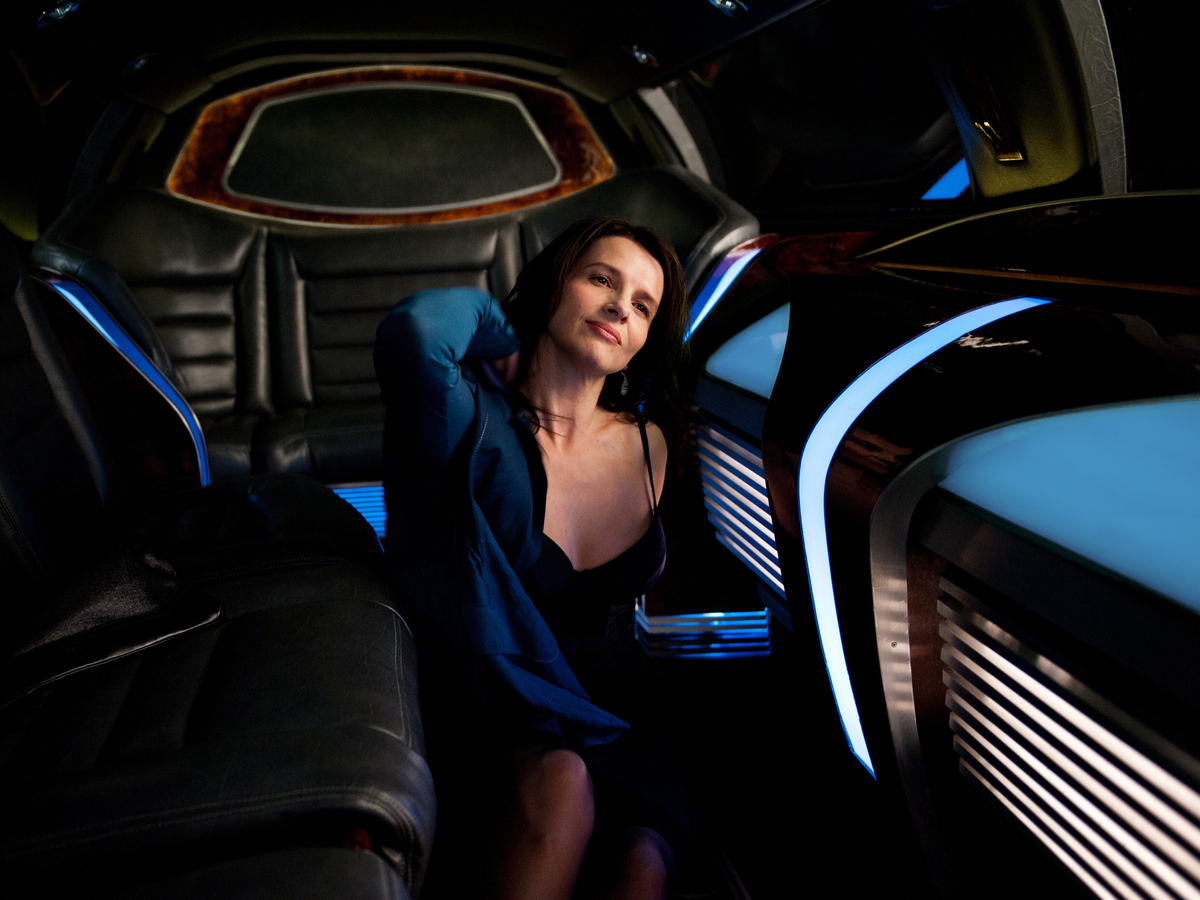 Didi Fancher (Juliette Binoche) is just one of the many characters who conference with Eric Packer in his limo.

Cosmopolis is the first screenplay Cronenberg has written for one of his films since 1999's eXistenZ, and while the earlier project is a wholly original repository of Cronenbergian themes about technology and body horror, both films are perfect time-capsule movies, assessing what it's like to live now. Images like Pattinson's one-percenter obliviously discussing financials while "the 99 percent" are outside trashing his limo give the film a very specific time stamp that should resonate as much in the future as it does now. Its value comes more from being a vivid emblem of the era than a dramatic powerhouse.

To some degree, Cosmopolis is another of Cronenberg's semi-perverse exercises in adapting the unadaptable, joining other such screen-resistant works as William S. Burroughs' Naked Lunch and J.G. Ballard's Crash. Eric's plotless encounters are compelling scene by scene, but they can feel a bit enervating over the long haul, because there's nothing driving the film forward — certainly not the limo. It's like a dream that engages and drifts, until waking with a start in a finale that's as bracing and raw as the rest of the film is coolly distant.

Corporations may be people, my friend, but Cosmopolis goes deep in trying to understand what that person might be like and how far he'd be removed from the rest of the species. Cronenberg isn't a flame-throwing agitator by nature, but he taps into an undercurrent of paranoia, unrest and class resentment that's sharply political and of the moment. He hasn't made a movie. He has made a vibe.