Accessibility links
Frank Langella: A Career 'Like A Chekhov Play' In the new movie Robot & Frank, the actor plays an aging ex-burglar who learns to take advantage of his robot caretaker. Langella, 74, tells Fresh Air why he was drawn to the role, and discusses the ups and downs of his long career. 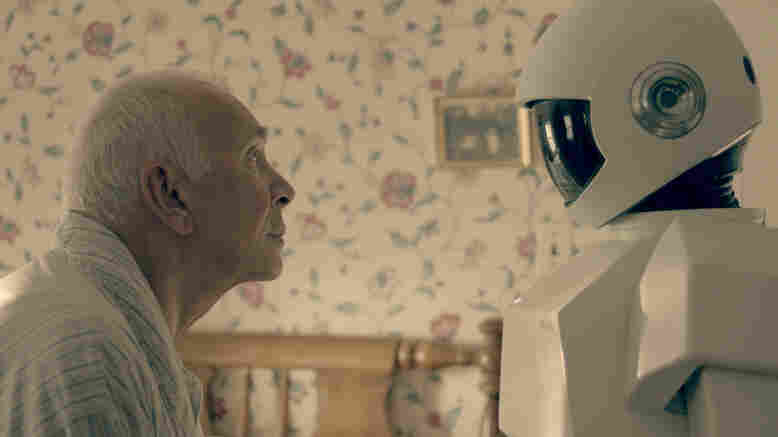 In Robot & Frank, a robot cares for an aging ex-burglar who has dementia. Frank Langella, who plays the burglar, says his character "becomes fond of the robot only because it is a tool for his wicked, wicked ways." Samuel Goldwyn Films and Stage 6 Films hide caption

Frank Langella's career has not been an upward trajectory of success — and he likes it that way. He's had memorable roles on stage and screen, and times when he couldn't find work, or even an agent.

Now at 74, Langella is as busy as ever, and, as he tells Fresh Air's Dave Davies, he's never been hungrier to act.

In the new futuristic film Robot & Frank, Langella plays an aging ex-burglar whose caregiver is a robot. Frank's children hire the robot (with the voice of Peter Sarsgaard) to tend to Frank as he experiences symptoms of dementia. At first, Langella's character hates the robot, but he slowly warms up when he realizes the robot can get him back into the theft business.

"He becomes fond of the robot only because it is a tool for his wicked, wicked ways," Langella says.

Langella got attention in the 1970s with his performances in Diary of a Mad Housewife and Dracula. In 1993, he played an imposing White House chief of staff in the comedy Dave, and more recently, he earned an Oscar nomination for his portrayal of Richard Nixon in Frost/Nixon, a role he also performed onstage.

Langella was drawn to his latest role, he says, because he had to be honest opposite a machine.

"It was only going to feed me back the information it had been fed," he says.

And Langella says he liked the unsentimental nature of the story.

The robot "enables Frank to get back some of his vigor and youth, and do the thing he loves most, which is to steal from the rich."

On the unsentimental relationship between his character and the robot

"I think the movie would be less successful and less appreciated, for that matter, if in fact we went in the direction of, here comes love, here comes a warm cuddly relationship; [that's] not realistic in my mind. ... 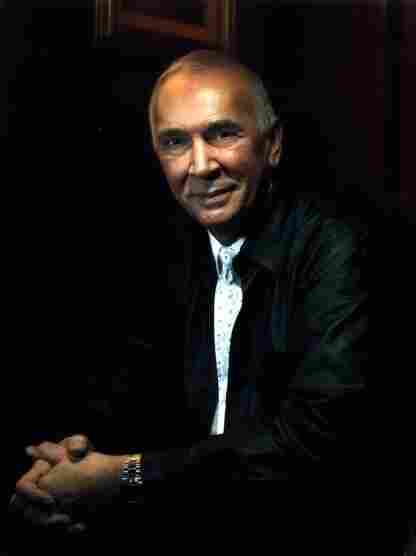 Frank Langella, who earned an Oscar nomination for his portrayal of Richard Nixon in Frost/Nixon, stars in the new film Robot & Frank, about an aging ex-burglar. He says he was drawn to the unsentimental role. Joe Fornabaio hide caption 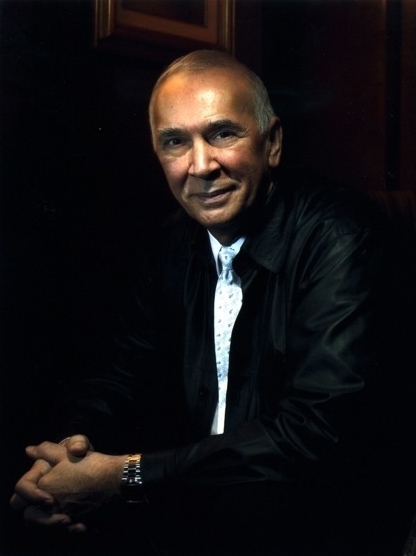 Frank Langella, who earned an Oscar nomination for his portrayal of Richard Nixon in Frost/Nixon, stars in the new film Robot & Frank, about an aging ex-burglar. He says he was drawn to the unsentimental role.

"What we tried to achieve was the notion of what's going to happen to all of us in the near future — every one of us is going to go through aging and all sorts of processes, many people suffering from dementia. And if you put a machine in there to help, the notion of making it about love and buddy-ness and warmth is kind of scary in a way, because that's what you should be doing with other human beings. So having the robot stay exactly as it always is and having Frank use it for nefarious purposes, I thought was wonderful."

On what the movie made him ponder

"I know I'm closer to the end than the beginning, so I'm trying to be far more conscious of any time wasted, which I still waste, as everybody does. But because it's inevitable and because there's nothing I can do about it, and I was taught at a fairly young age — not young enough, I wish I had learned earlier — that to waste any time on the inevitable or the thing you cannot control or fix is absolute nonsense. ...

On the ups and downs of his career

"My career has been really very much like a Chekhov play, which is, it just ebbs and flows ... It's not like exposition, and then the plot turns, and then there's a great big climax and then a denouement, it's been wildly up and down. And I've liked it that way — great, great periods of enormous success, and then even sometimes greater periods where I couldn't get a job, I couldn't get an agent even, where you just feel like somehow you're not going to pull out of whatever the slump is that you're in.

"So the thing I think I had in my back pocket that a lot of actors don't have is that I trained myself for the stage. There was never a period in my life when I couldn't do that. ... I didn't run to bad television or do commercials or things like that, I went on the stage and played great roles. The movies would be dead to me for three, four, five years — nobody wanted me, and then suddenly, something would come along and start a whole new period."

On taking on Nixon's voice in Frost/Nixon

"I didn't think Richard Nixon's particular way of being was in my bag of tricks. I just didn't think I was going to be able to find quite the soul of this guy, and it was enough reason for me then to decide to do it. ...

"And it was a very painful three or four weeks. I sounded like Mr. Magoo for a certain period of time, then I sounded a little bit like Jimmy Stewart ... but it was when I sat and watched Richard Nixon in slow motion that I began to get into his soul and to his heart, and then what I sounded like didn't matter to me. Then a noise began to come out of me that was a result of what was in my imagination going on inside him."