Accessibility links
States Aren't Submitting Records To Gun Database A federal database with the names of mentally ill people barred from buying guns still lacks millions of records it needs to be effective. Fourteen years after it was created, the National Instant Criminal Background Check System isn't receiving the required mental health records from many states. 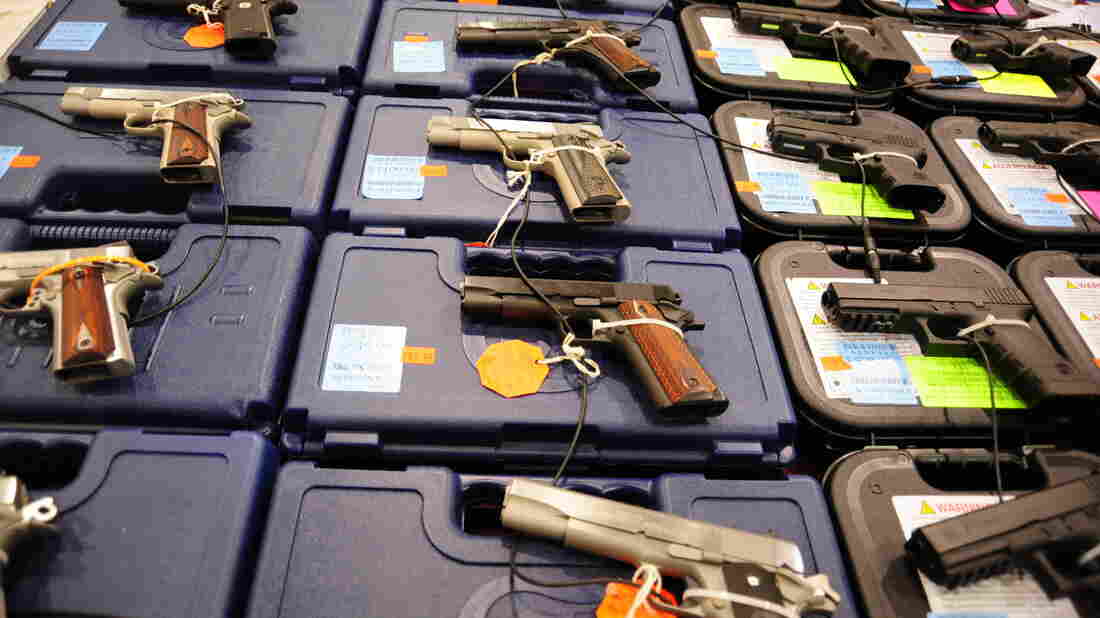 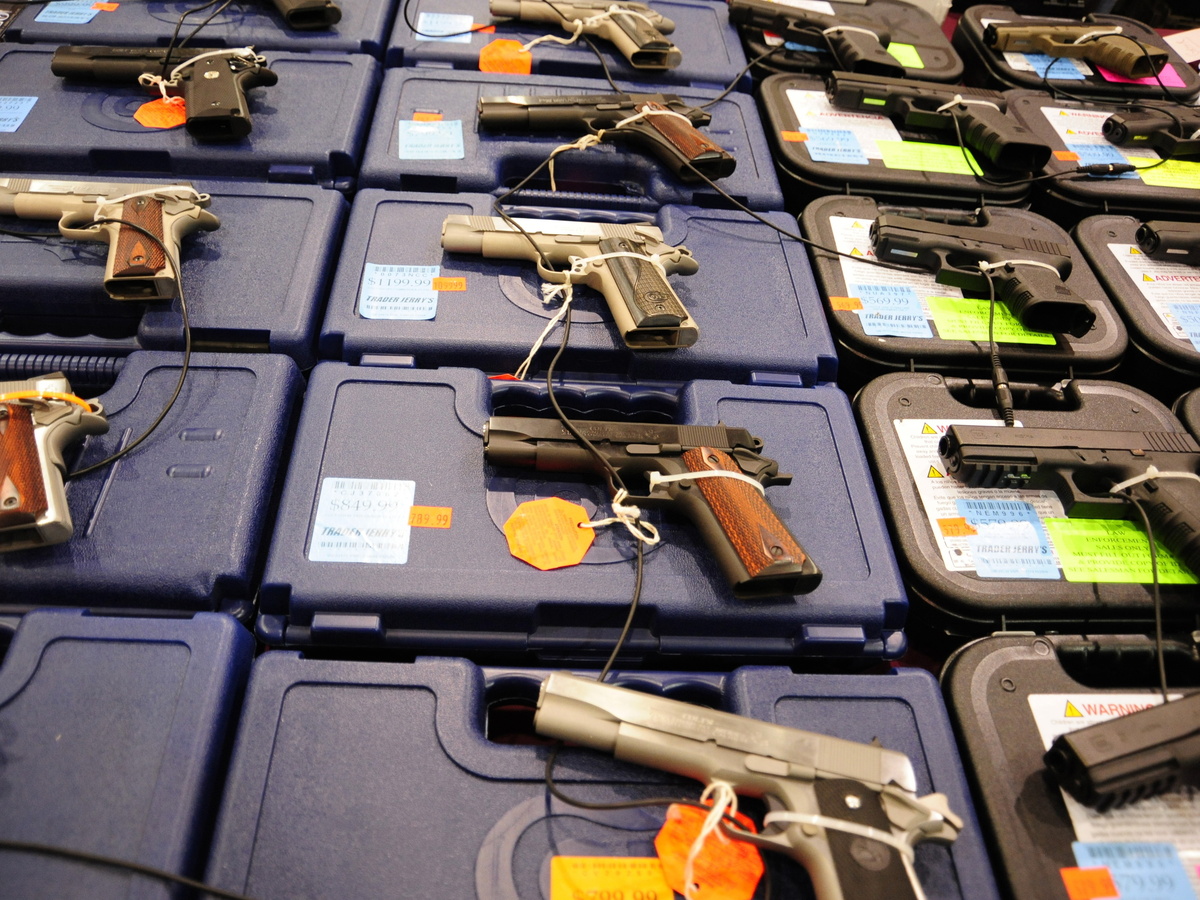 A database of mentally ill people barred from buying guns lacks all the records required.

A federal database with the names of mentally ill people barred from buying guns still lacks millions of records it needs to be effective. A new report from Mayors Against Illegal Guns points to gaps in the National Instant Criminal Background Check System (NICS).

The problem is that 14 years after NICS was put in place, states still aren't submitting all the required mental health records.

"I think that those states are doing a disservice to their citizens," says Lori Haas, whose daughter Emily was injured in the 2007 Virginia Tech shooting. "They're not doing what they can to protect public safety and to keep firearms out of the hands of potentially dangerous people." 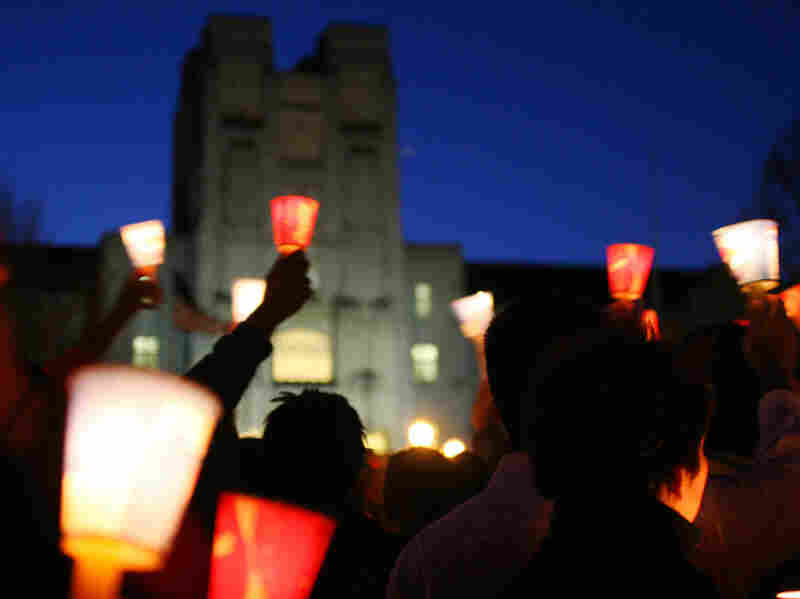 Mourners hold candles at a vigil at Virginia Tech to honor victims in a campus shooting in 2007. The shooter's name should have been in a national database, preventing him from legally buying guns, but it wasn't. Christina O'Connor/AP hide caption 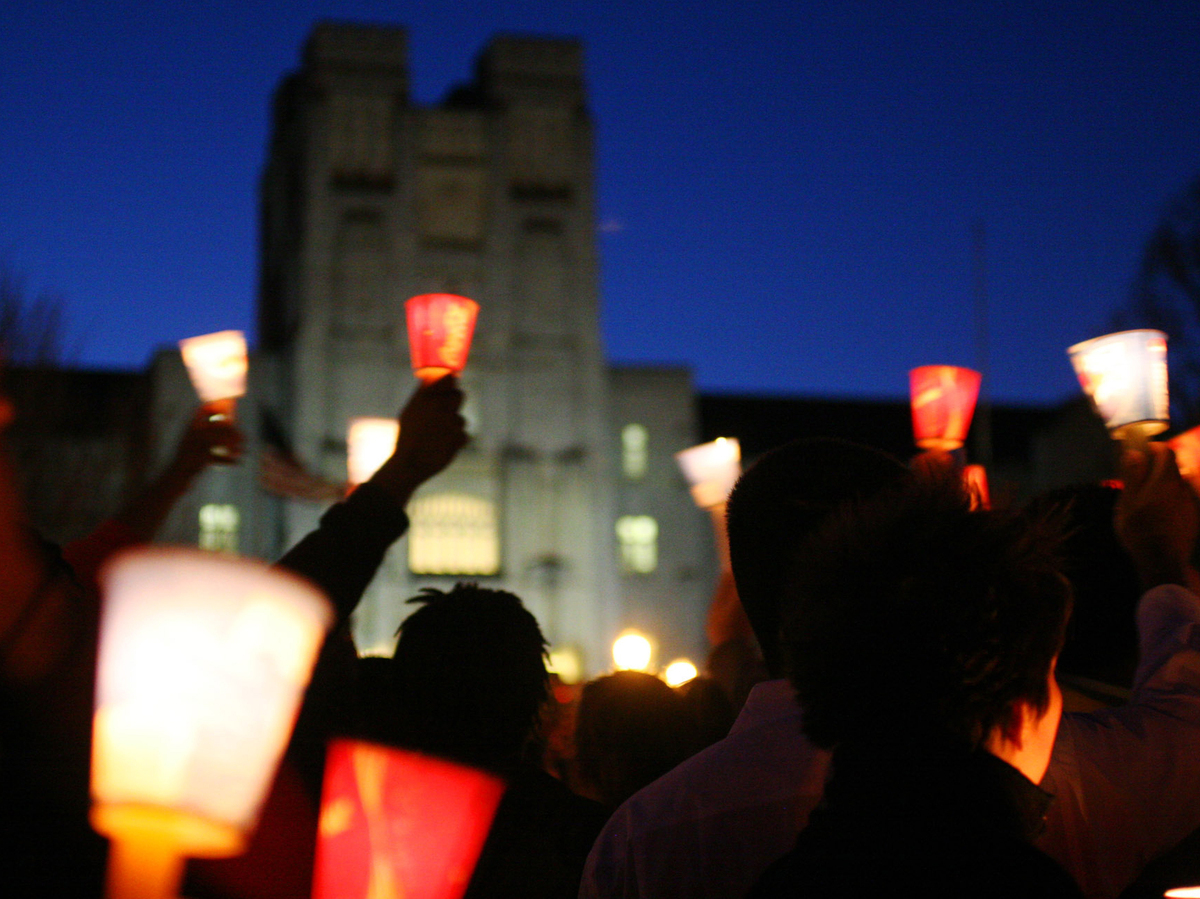 Mourners hold candles at a vigil at Virginia Tech to honor victims in a campus shooting in 2007. The shooter's name should have been in a national database, preventing him from legally buying guns, but it wasn't.

Haas has become an activist for stricter gun laws. She says Virginia Tech gunman Seung-Hui Cho had been ordered by a court to seek mental health treatment. His name should have been in the NICS database, preventing him from legally buying guns, but it wasn't. At the time, Virginia was among the states not fully participating in NICS.

Since the shooting, Virginia has become a model, submitting more than 170,000 records of people with mental illnesses. But the Mayors Against Illegal Guns report shows 21 other states have reported fewer than 100 records.

The Government Accountability Office (GAO) examined why states aren't submitting records in a July report. Some cited bureaucratic barriers, others technical ones, like switching from paper-based to computer systems. And some states contend it violates their laws to forward mental health records to the federal database. A few states are changing their laws.

"Texas enacted a law in 2009 and was then able to increase the number of records by about 190,000," says Carol R. Cha, acting director in GAO's Homeland Security and Justice division.

But recent shootings — like the ones in Colorado and Texas — demonstrate that people with mental illnesses are still able to buy guns. Victims want a national plan to address gun violence. Mayors Against Illegal Guns launched a campaign that includes a video with victims from the 2011 Tucson shooting. In it, they ask President Obama and presumptive Republican nominee Mitt Romney to address gun violence in their campaigns.

The Thin Line Between Hate Speech And Real Threat

Federal law bars access to guns only if a court determines someone is seriously mentally ill or if they've been involuntarily committed. There are state laws too, but they vary widely.

California has some of the toughest restrictions. Someone held for 72 hours at a mental health facility for observation is barred from owning a gun for five years; and someone who issues a threat against a specific person in front of a psychotherapist can temporarily lose their right to buy a gun.

"The psychotherapist then has to report the person, and that person becomes prohibited for six months from possessing guns," says Lindsay Nichols, staff attorney at the Law Center to Prevent Gun Violence.

Second Amendment advocates, like the National Rifle Association, didn't respond to repeated requests to comment on the wide variation in state laws. But others say there are some important things to keep in mind.

"It's often assumed that people with significant mental problems like schizophrenia are inherently more violent," says Dr. Joe Simpson, assistant clinical professor of psychiatry at the University of Southern California. "But the data doesn't really bear that out, that this is a greatly more violent population."

But no one has come forward advocating for the right of mentally ill people who may not be violent to buy guns.

"Gun rights can always be restored," says Nick Wilcox, whose daughter was murdered by a mentally ill man in 2001 in California, and who is also a volunteer state lobbyist in California with the Brady Campaign to Prevent Gun Violence.

"But our daughter does not have the opportunity to come back to life," he says. "So we feel it's always best to err on the side of public safety, and you can worry about the civil rights of the mental health patients at a later time."