Accessibility links
Love Is The Balm For Trauma In 'The Matchmaker' In Haifa in 1968, 16-year-old Arik is fascinated by World War II, which many of his elders lived through. He reluctantly enters the employ of Bride, a matchmaker with unusual methods, which leads Arik to both love and a better understanding of the horrors of the past.

Love Is The Balm For Trauma In 'The Matchmaker'

Love Is The Balm For Trauma In 'The Matchmaker' 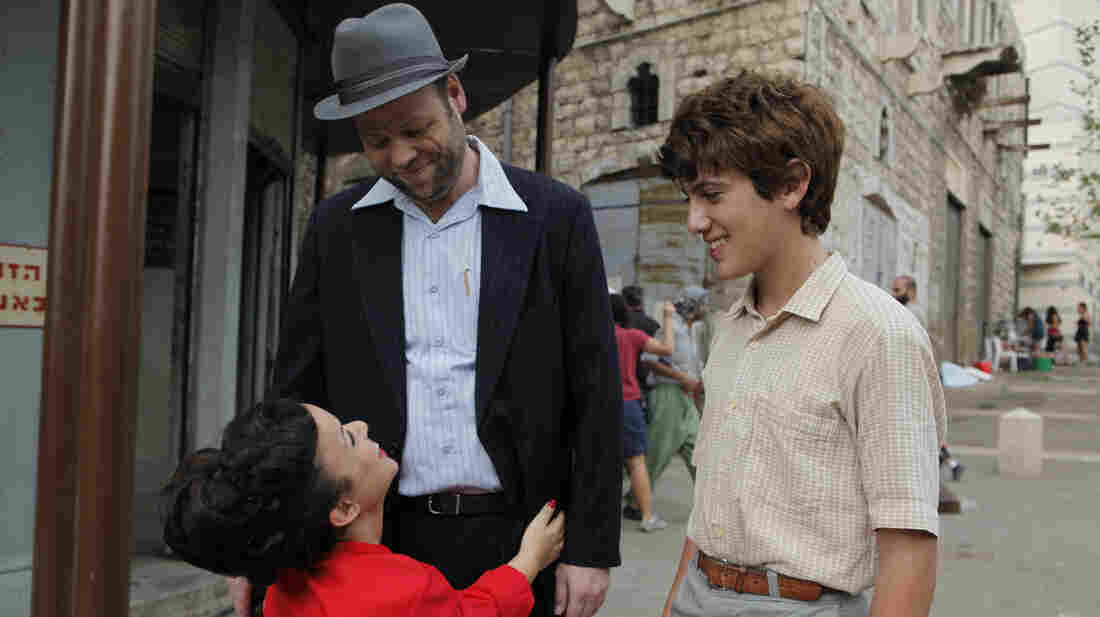 Arik, the 16-year-old Israeli at the center of The Matchmaker, doesn't get why everyone keeps talking about love. It's the summer of 1968 in Haifa, and though the American summer of love is just a recent memory, Arik (Tuval Shafir) couldn't care less — he finds war immensely more interesting.

Of course, the crucial factor to Arik's interest may be that he has experienced neither, being shy in his approach to girls and curious about the realities of World War II — the horrors of which his parents survived but rarely discuss. Then a chance meeting gives Arik the opportunity to learn about both, in what turns out to be a sensitive coming-of-age story whose innocence is tempered by the lingering darkness of the Holocaust.

During a game of soccer outside of their apartment building, Arik and his friends are approached by Yankele Bride (Adir Miller), a tall, world-weary man with a grizzled look and a surprisingly compassionate smile. He introduces himself as a matchmaker and asks the boys an odd question: Does anyone live nearby who may be in need of a mate — in particular, anyone peculiar?

Arik takes advantage of the man's simple trust, playing a practical joke that unexpectedly backfires when it turns out Arik's father knew Bride when they were children in Romania. Each overjoyed to learn the other survived the concentration camps, they sit down to dinner, where, hearing that Arik likes detective novels and is in need of a summer job, Bride offers Arik some unconventional work.

It's a vague job description, but that's by design: Bride works out of a seedy district in Haifa, and his matchmaking business may not be on the up and up. To Arik, his methods seem distasteful, if not unethical: On the street, Bride approaches the less attractive or the socially outcast, and reading the newspaper each day, he also reviews the death notices looking for widows who may be on the market for a spouse. 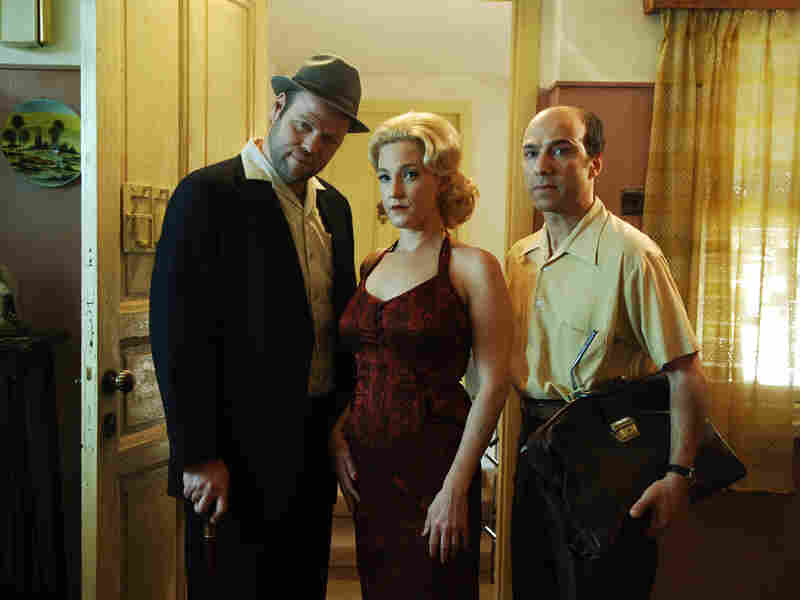 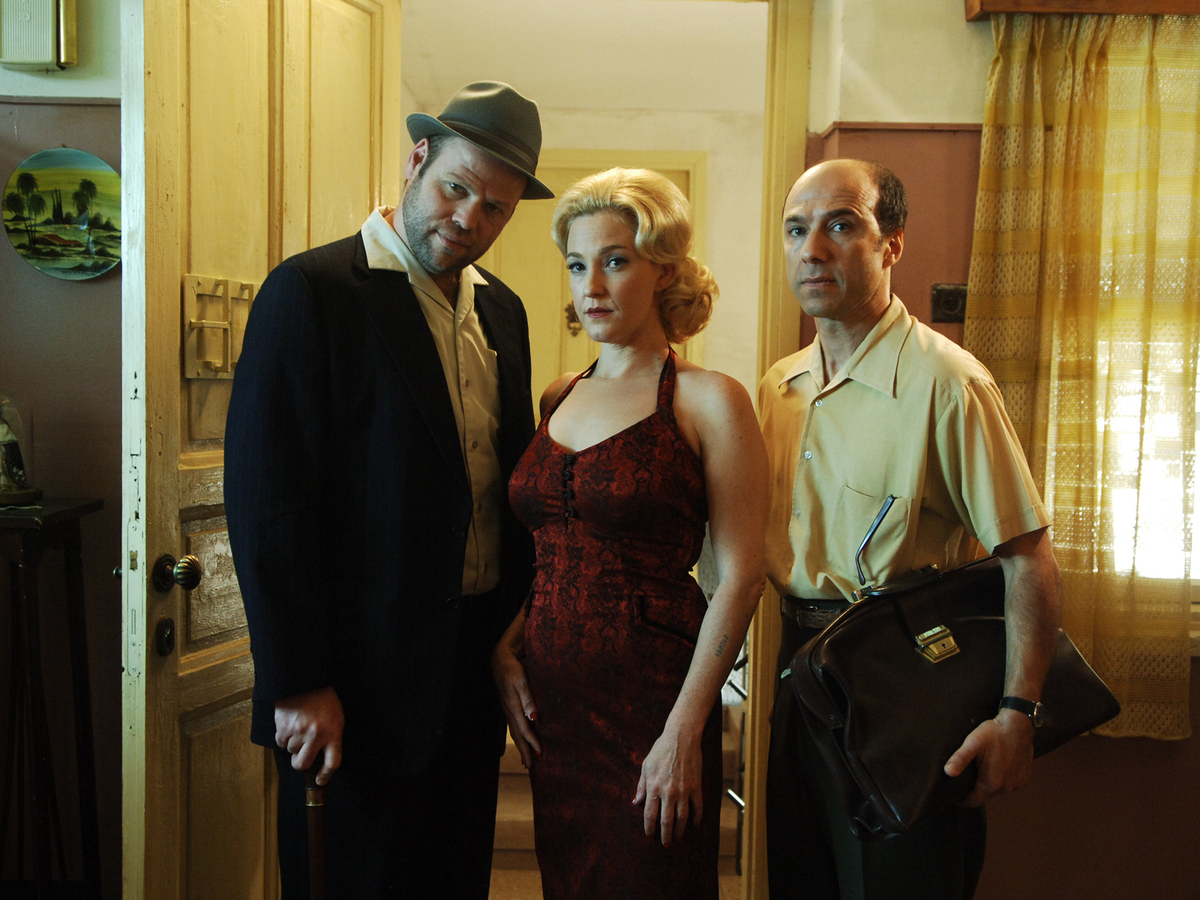 Arik supports the business by tailing Bride's clients. Living out his Dashiell Hammett novels, Arik records everything he sees, and in doing so quickly learns that Bride's intentions are anything but shady. Rather than being asked to obtain information that could compromise Bride's clients, Arik is instructed to confirm that they're seeing a matchmaker for the right reasons, and whether they'd likely cheat on their future spouse.

Because at heart the enigmatic Bride, played by Miller with a scene-stealing mix of warmth and restraint, is a softie: He seeks out those marginalized by society because he believes everyone deserves love, and he willingly takes on clients at no cost if it means he can find them someone special. And he exhibits the same sense of fairness when he sees someone being bullied, taking a considerably harder line.

Arik comes to admire Bride, and the latter encourages the former's budding interest in writing, all while dispensing idiosyncratic advice on love and life.

But it's not all sweetly cinematic mentor-protege moments. A reminder of the stark scarcity Bride must have endured during the war comes when Arik finishes eating lunch one day. Bride sternly tells him to eat the rest of the food. That Arik is full means nothing: "Never leave food on your plate."

When Arik discovers his boss makes his money primarily through smuggling, a much fiercer and more threatening Bride emerges, before his partner in crime Clara (May Dagan) convinces him that Arik is trustworthy.

Bride's passion for his work is linked to his own complicated feelings for Clara, who gives dating lessons to Bride's shyer male suitors. In the course of her duties, she exudes charisma and sexual confidence, reassuring insecure men like Meir (Dror Keren), the local librarian, that they are as attractive as any American film star.

But in private, Clara is paralyzed by anxiety. When Arik picks up work for her, cleaning up after an illegal card game, he sees her at her lowest, tearfully admitting to him that she sent her own son to the kibbutz because she feels too broken to care for him. Although Dagan's performance tends toward the melodramatic, Clara represents a chilling new possibility to Arik — someone so haunted by her experience of the Holocaust that living in the present seems almost impossible.

Although the film suffers when it shifts tone abruptly, it balances its darkness and its uneasy scenes of characters reckoning with their pasts with the lightness of youthful romantic anxieties. Arik develops a crush on Tamara (Neta Porat), the beautiful and rebellious cousin of one of his friends in the apartments. She welcomes the advance, but Arik withholds his feelings because another friend hit on her sooner. He only slowly internalizes Bride's advice that he should be willing to take risks for love.

As much as the film is interested in a generation's coming of age, it also explores the experience of living as a survivor, years after a conflict's end. Some, like Clara, are unable to fully escape the past; they live in fear that it could all happen again. Others, like Arik's father, choose to move forward by never discussing the past. And some who didn't suffer through the horrors question what compromises the living must have made to survive.

Unlike films that depict the Holocaust directly, The Matchmaker expresses its permeating presence through implication — as Arik would have seen it — yet shows, through its portrayal of young love, that it need not be all-consuming. Ignoring a slapdash ending that leaves the tale feeling unfinished, and a framing narrative set during the 2006 Lebanon war that doesn't add much to the story, the film intelligently portrays how, even years later, the memories of trauma can be enough to inhibit a person from finding happiness — and consequently, how essential love is.