Accessibility links
Jailed Young, Inmates Seek A New Day In Court Lawyers in Pennsylvania are working furiously to help file petitions for the state's juvenile lifers before the end of the month. A recent Supreme Court ruling struck down mandatory juvenile life terms, and hundreds of Pennsylvania prisoners are hoping they can get new sentencing hearings. 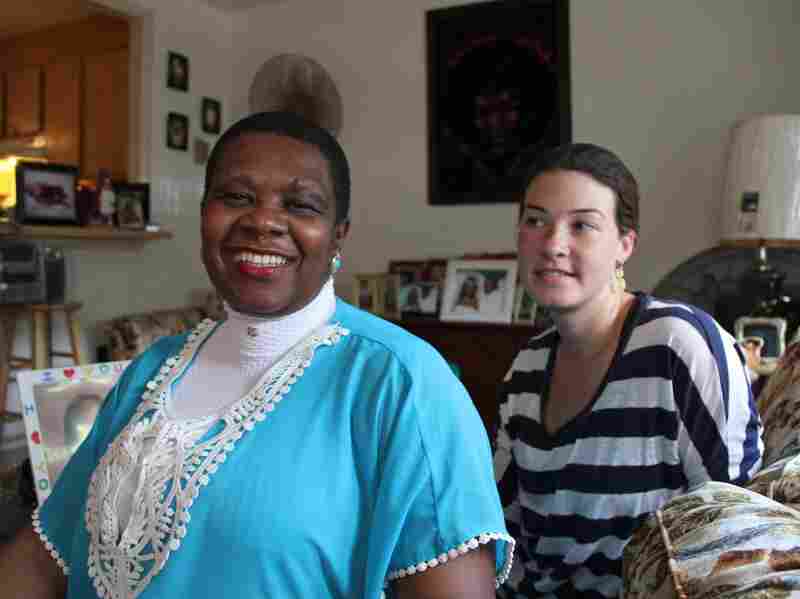 Ruth "Margo" Gee (left) is hopeful that her brother, Tyrone Jones, convicted of murder as a juvenile, will soon be freed from prison. Lawyer Charlotte Whitmore is helping her. Emma Lee for NPR hide caption 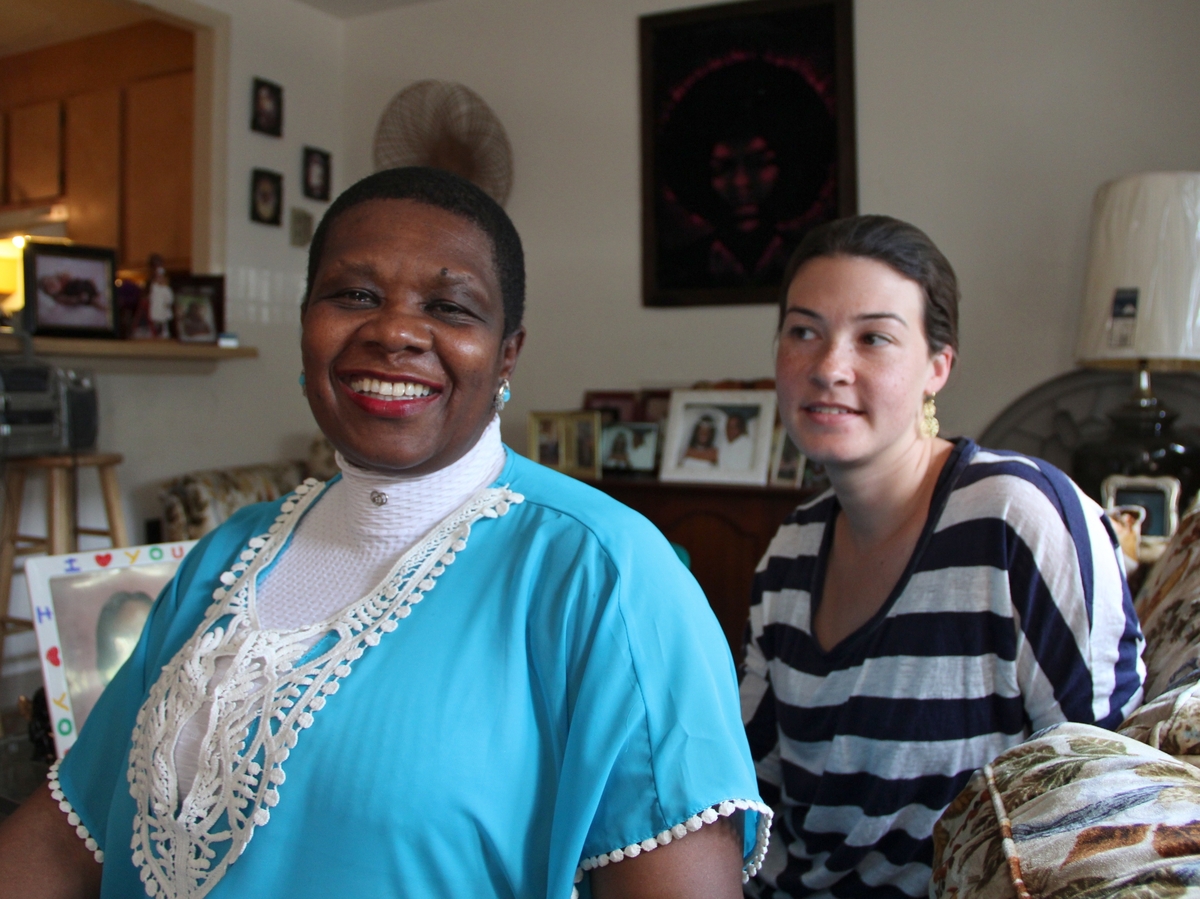 Ruth "Margo" Gee (left) is hopeful that her brother, Tyrone Jones, convicted of murder as a juvenile, will soon be freed from prison. Lawyer Charlotte Whitmore is helping her.

A recent Supreme Court decision striking down mandatory life terms for juveniles has touched off a flurry of activity across the country, especially in Pennsylvania, where lawyers are advising about 500 prisoners to file requests for new sentencing hearings before the end of next week.

Bradley Bridge with the Defender Association of Philadelphia has received more than 200 letters from prisoners in the past two months asking about the Supreme Court ruling.

"The letters are all pretty much the same. They're saying, 'I heard about this case from the United States Supreme Court. Does it apply to me, and what do I need to do?' " Bridge says.

The letters are all pretty much the same. They're saying, 'I heard about this case from the United States Supreme Court. Does it apply to me, and what do I need to do?'

Bradley Bridge of the Defender Association of Philadelphia

He believes the ruling applies to inmates already behind bars. For those people, Bridge says, the clock is ticking.

"If there's a new case from the United States Supreme Court that renders what happened before — sentencing or a conviction — invalid, under Pennsylvania law, you have a window of 60 days to petition the court to reopen your case. Other states have much longer. Some states have a year."

While juvenile lifers and their advocates are rushing to beat the deadline, Ruth "Margo" Gee continues to wait. For her, the Supreme Court decision is personal. Her brother, Tyrone Jones, has lived behind bars for nearly four decades. He was convicted of first-degree murder for a fatal shooting in North Philadelphia that happened when he was 16. Gee says she believes her brother's claim that he's innocent.

Sitting in her mother's home in Philadelphia, surrounded by family photographs, Gee says her brother's a good guy who deserves his freedom.

On a recent trip, Gee says, it was clear that news of the Supreme Court ruling had permeated prison walls. "The whole place is excited. Everybody's going around, 'Congratulations Ty, go Ty.' And he's just got a lot of hope now. He had hope before, but now he's like, 'There's light!' I mean, he knows it might not be tomorrow," Gee says.

There's no guarantee that Jones, now 56, will get a new sentencing hearing.

"We'll fight it case by case. I don't think it is or should be retroactive," says Scott Burns, the executive director of the National District Attorneys Association. "Families of victims of juvenile murderers are coordinating. They're doing everything they can to motivate prosecutors and others to challenge each and every one of these cases to make sure that a conviction is preserved and a sentence is preserved."

Burns says in thinking about the prisoners, it's important to remember the horrific crimes.

We'll fight it case by case. I don't think it is or should be retroactive.

"We're talking about somebody two weeks short of their 18th birthday that carjacks a mother, shoots her in the head, drives down the road. Before police can get there [he] has shot her 8- and 7-year-old son and daughter in the head. And they call him a child, and they say it's cruel and unusual punishment that this child would be subjected to the rest of his life in prison," Burns says.

"In a way, these new sentencing hearings will likely look something like the penalty phase in death penalty cases where we expect that these individuals will have the opportunity certainly to present mitigating evidence of who they are today, what they have experienced, what their lives have been like in prison. Individuals would be able to testify on their behalf."

So even if someone like Tyrone Jones is awarded an opportunity for a new sentencing hearing, it could take months or maybe even years for him to get his new day in court.