Accessibility links
Valomilks: A Sweet Treat That Runs Down Your Chin The chocolate cups filled with oozy marshmallow have been around for eight decades. They're made by the Sifers family, whose legend holds that the gooey treats were created by a candy maker who imbibed a bit too much vanilla. 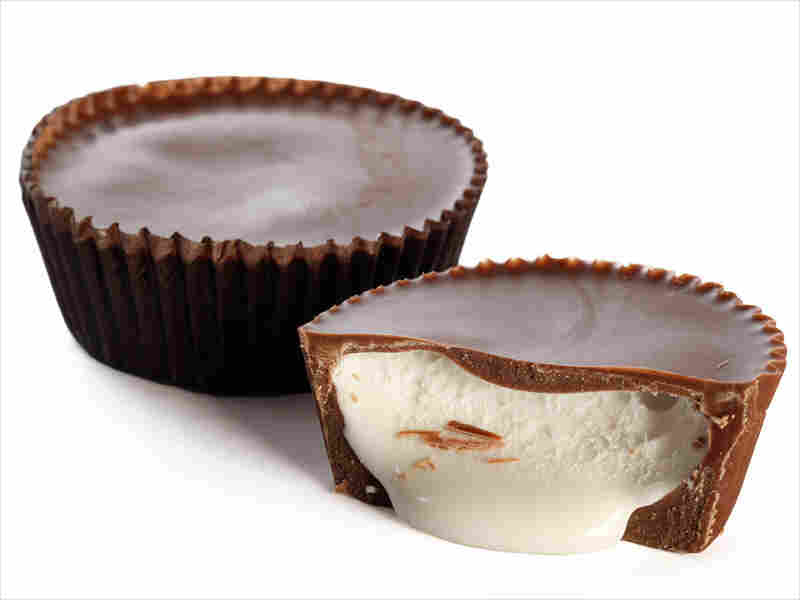 The Valomilk was once advertised as "the 5-cent candy bar with the 50-cent taste." And while the price has changed, the product has not.

For more than 80 years, the family-owned Russell Sifers Candy Company has been using the same recipe to churn out a rich concoction of chocolate and creamy marshmallow goo.

The candy-making machines are busy on the factory floor in Merriam, Kan., just southwest of Kansas City. This is the headquarters of the century-old company, where Russell Sifers himself is a fourth-generation candy maker.

This factory produces one thing and one thing only.

"We make Valomilks. It's the only product we make," Sifers says. "They come in only one size and only one flavor. I don't think anybody else in the world makes only one product."

Singular they may be, but this little candy's name tells you little about what you'll find when you unwrap one. That is, until Sifers breaks it all down.

The "V" in Valomilk comes from the real Bourbon vanilla the company uses, Sifer says. "Alo" alludes to the marshmallow, and "milk" gives the name a creamy feel — all wrapped up in two pure milk chocolate cups.

"When you bite into the crisp chocolate shell — which is hand-tempered — the marshmallow will ooze out and run down your chin," he says.

Indeed, it's easy to make a mess while eating one, but that doesn't worry Sifers. "We have a saying: You know it's a Valomilk when it runs down your chin," he says. "Guaranteed to be the messiest candy in the country, but that makes 'em fun."

Legend has it that the Valomilk was created almost by accident back in 1931. A candy-maker named Tommy was making candies known as penny marshmallows, Sifers says.

"Well, one day, Tommy got drunk," he says. "You see, vanilla has a high alcohol content, and in the old days, candy-makers were notorious for taking a few snorts now and then.

"One time, Tommy had a few too many and messed up a batch of marshmallow," Sifers says. "Instead of setting up, where it could be cut, it remained runny — even after it had cooled down."

Sifers says his grandfather didn't want to see the batch go to waste and thought, " 'Hmmm. Why don't we take a scoop of that and put it into a chocolate cup ... and see what it tastes like?' "

So they filled a chocolate cup with the marshmallow goo and put some chocolate on top, Sifers says. "Cooled the chocolate back down, and when they bit into it, it ran. That's not supposed to run. It's wrong! 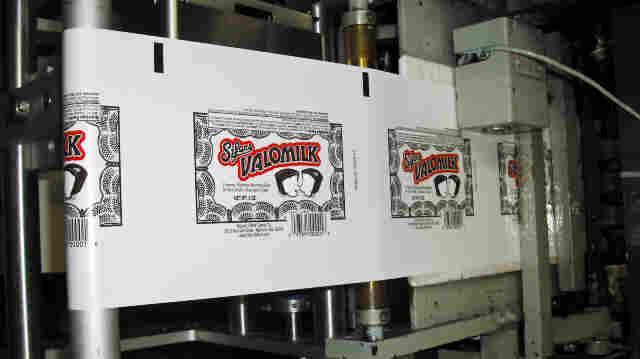 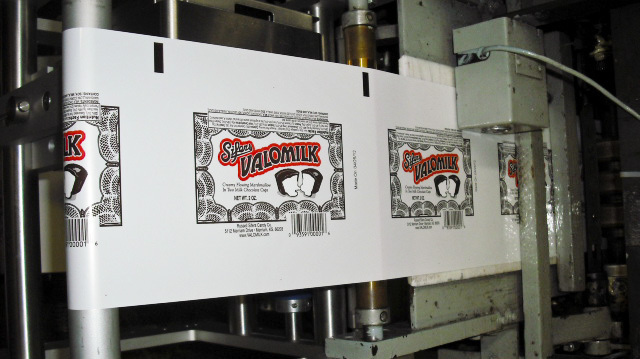