Accessibility links
First Listen: Swans, 'The Seer' The noise-rock band's 12th album is a cacophonous vault into the sublime. Yet for all its Wagnerian bombast, for all its incredible power, The Seer is a nuanced work. 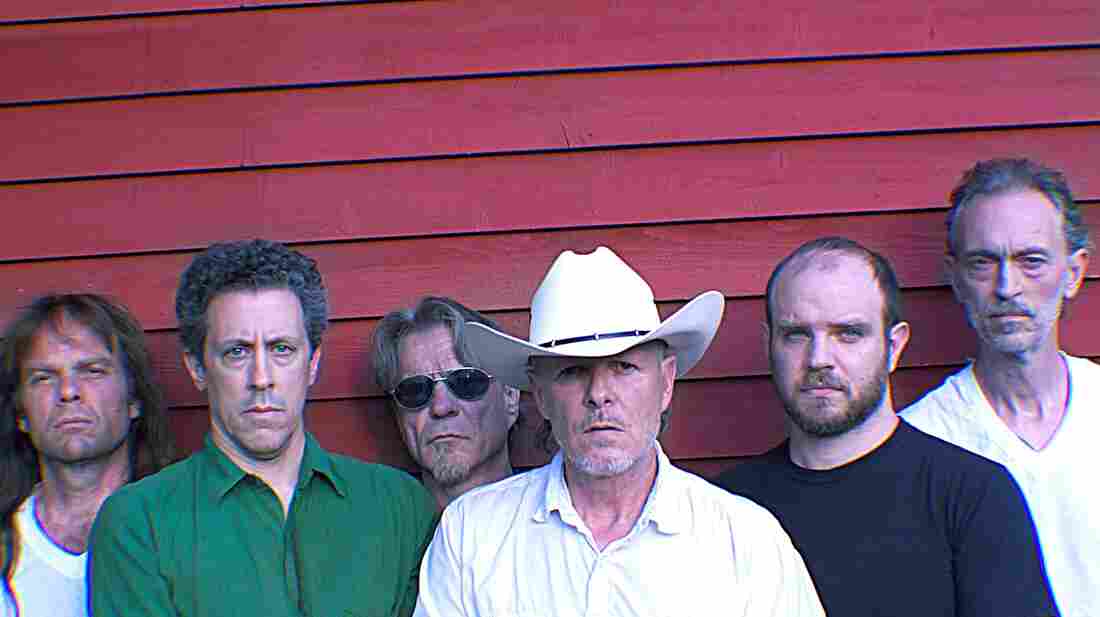 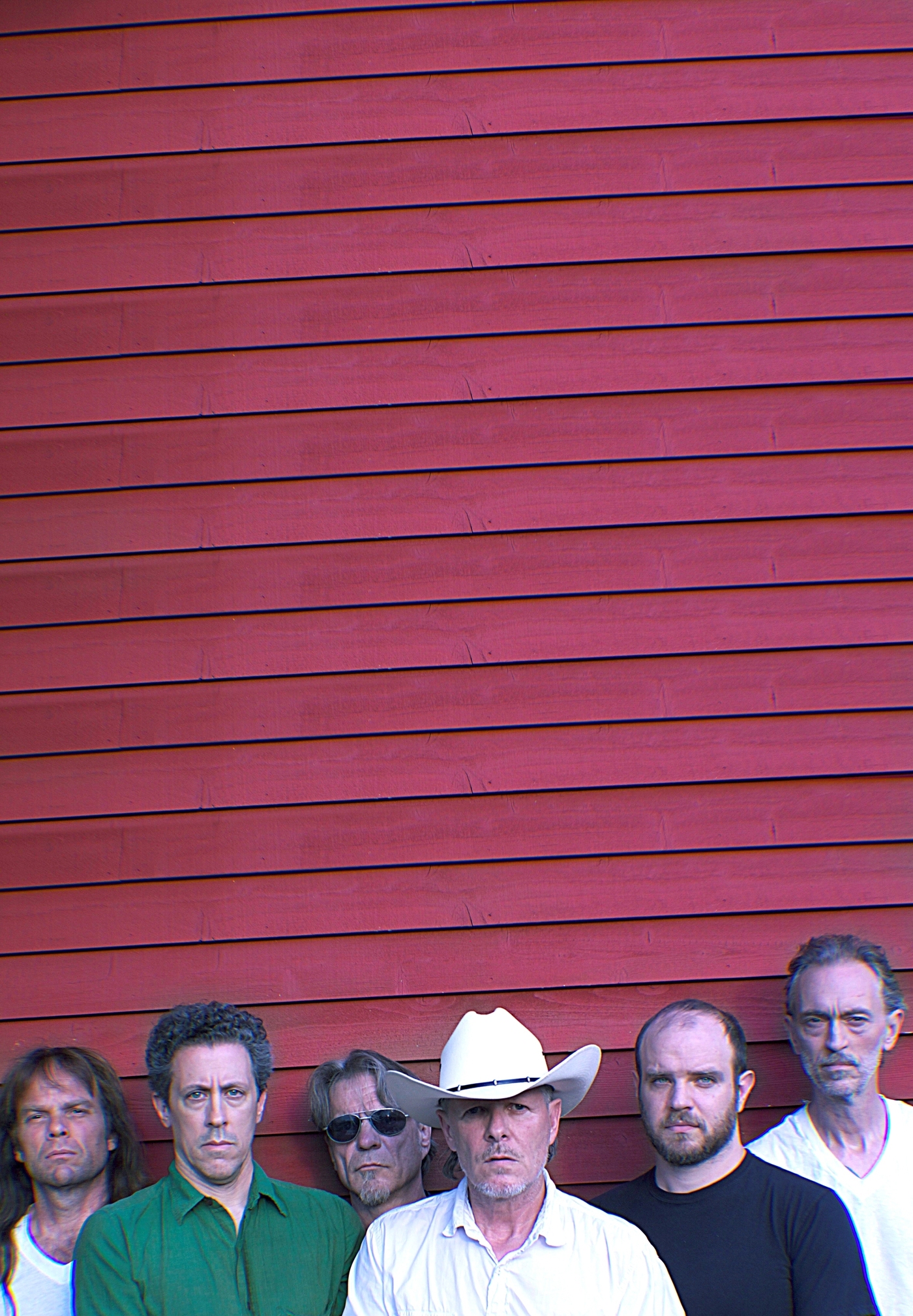 Michael Gira calls The Seer "unfishished." But at two hours long, one might ask, "How could there be any more of this?" Yet as the shepherd of Swans, Gira has a broad view of his life's work — 30 years, in fact — and The Seer, out Aug. 28, is far brighter and more rapturous than anything in the Swans canon.

When Gira reconvened Swans in 2010 after a hiatus of more than a decade, it was not as a reunion, but as the next step after his largely acoustic Angels of Light project. Throughout the '80s and most of the '90s, Swans functioned as nihilistic noise-rock catharsis, with Gira snarling and intoning over slow-motion proto-industrial metal dirges. By the end of its first run in 1997, the catharsis had spread to ambient music, field recordings, post-rock, genuine ballads and a brief dip into the mainstream with 1989's The Burning World. That Bill Laswell-produced record has recently been reissued and is worth critical reevaluation, even if Gira calls it a "colossal failure."

"Lunacy" begins the new record like a Hans Zimmer soundtrack, with quiet and haunting scales that leap into discord and heavy percussion. Gira is then joined by Low's Alan Sparhawk and Mimi Parker in menacingly close harmony to chant the song's title again and again. Later, in a bluesy coo, they proclaim that "your childhood is over." The question with Gira is always "Were we ever innocent?" And as if to answer, the following "Mother of the World" skips like a copy of King Crimson's Red to one jagged riff for four and half minutes before shortly resolving into a explosive groove and this damning, naturalistic phrase: "Where are you now, oh mother of the world?/Ah, we feed from your hands and we drink your filth and your oil."

The 32-minute title track is one of the long-form pieces Swans has been developing over the last year in its epic two-hour shows. Like the new live version of the Swans classic "I Crawled" (which you can find on the two-disc We Rose from Your Bed with the Sun in Our Head), "The Seer" is a cacophonous vault into the sublime. At the 2011 All Tomorrow's Parties Festival, Gira directed the dramatic chords, unrelenting drones, howling harmonica and rhythmic doomsday like Moses at the Red Sea. He reprises the role here with absolute authority.

But for all its Wagnerian bombast, for all its incredible power, The Seer is a nuanced work. Gira is more exposed than ever as a lyricist, still indulging unhinged Bacchanalia ("The Seer Returns" is particularly Leveque-ian), societal ills and the apocalypse, but also digging for hope in the madness. Light is a constant theme for Gira, and here he celebrates and corrupts it. (Side note: Light has almost eclipsed blood as one of Gira's most common words, though "Piece of the Sky" adds to the tally of the latter, and refers to swans, no less). In The Seer, light represents trust in "Avatar" ("Your light is in my hand"), submission in "The Seer Returns" ("Put your light in my mouth"), and hope in "Song for a Warrior" ("There is a growing, golden light/A flower unfolding, behind the mirror of your eyes").

Sung primarily by Yeah Yeah Yeahs' Karen O, "Song for the Warrior" is a like a letter written to the soldier abroad whose battles extend beyond the battlefield. Gira has written for other voices before (most recently, Devendra Banhart on "You F------ People Make Me Sick" from 2010's My Father Will Guide Me Up a Rope to the Sky), but never with such an understanding for what's essential about the song and its singer. Karen O can be hurt when she wants to be ("Maps" being the obvious example), but when she sings "Now you are the warrior who will conquer this land," I believe her restrained rallying call. She's allowed to be the narrator, not the subject, and it's downright powerful in her broken delivery.

The Seer's two final tracks are enough to fill both sides of an LP. "A Piece of the Sky" features an enveloping voice collage by Jarboe, a former and formidable member of Swans. In recent interviews, Gira acts as if Jarboe's return is anything but business as usual, yet she really sets the stage for one of Swans' most blissfully dense stream-of-consciousness pop songs. But "A Piece of the Sky" is the calm before the storm. "The Apostate" not only repeats the dastardly noisy musical motifs of The Seer but also Swans' career-spanning lyrical themes (ladders to God, especially) in the midst of chest-beating yawps and cathartically screamed expletives. It's the kind of ritualistic cleansing that demands destruction, then rebuilding in the wake of chaos.

The Seer isn't set in stone — it's a living, breathing work at war with its beautifully damned existence. And it's oddly affirming that Gira, the man guiding this aural apocalypse, isn't quite sure what happens next either.