Accessibility links
Crime-Riddled N.J. City Considers Axing Police Force Supporters of a regional police force in New Jersey are pulling together a plan to replace Camden's police department with a new division operated by the county. Some Camden residents, however, fear the move could jeopardize public safety in a city already ravaged by crime. 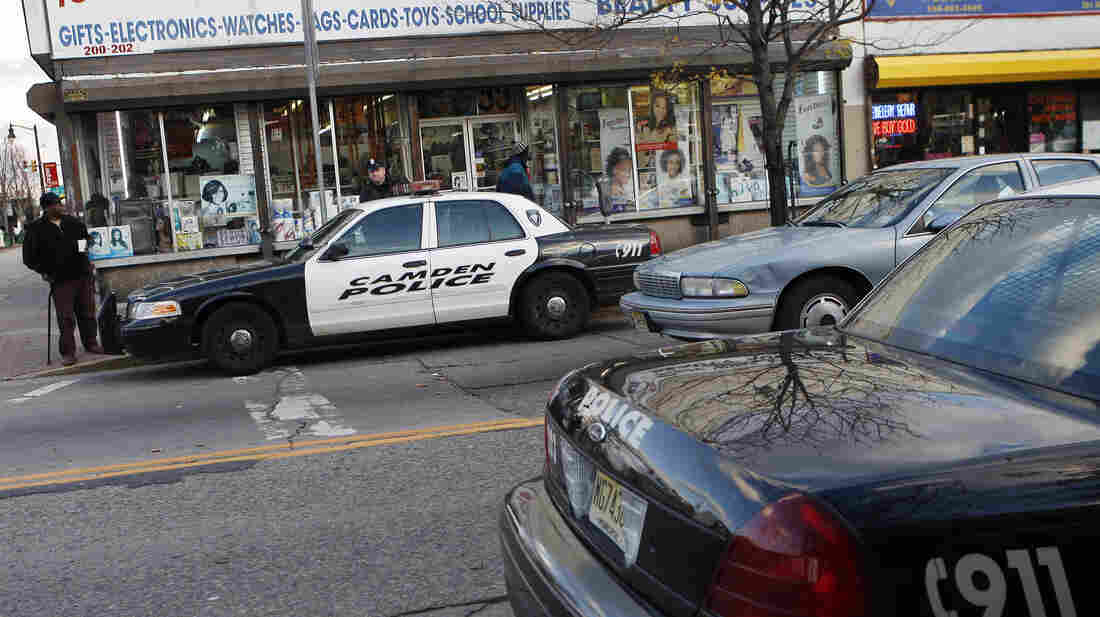 The city of Camden, N.J., is considering getting rid of its own police force and turning to the county to try and combat record crime. Mel Evans/AP hide caption 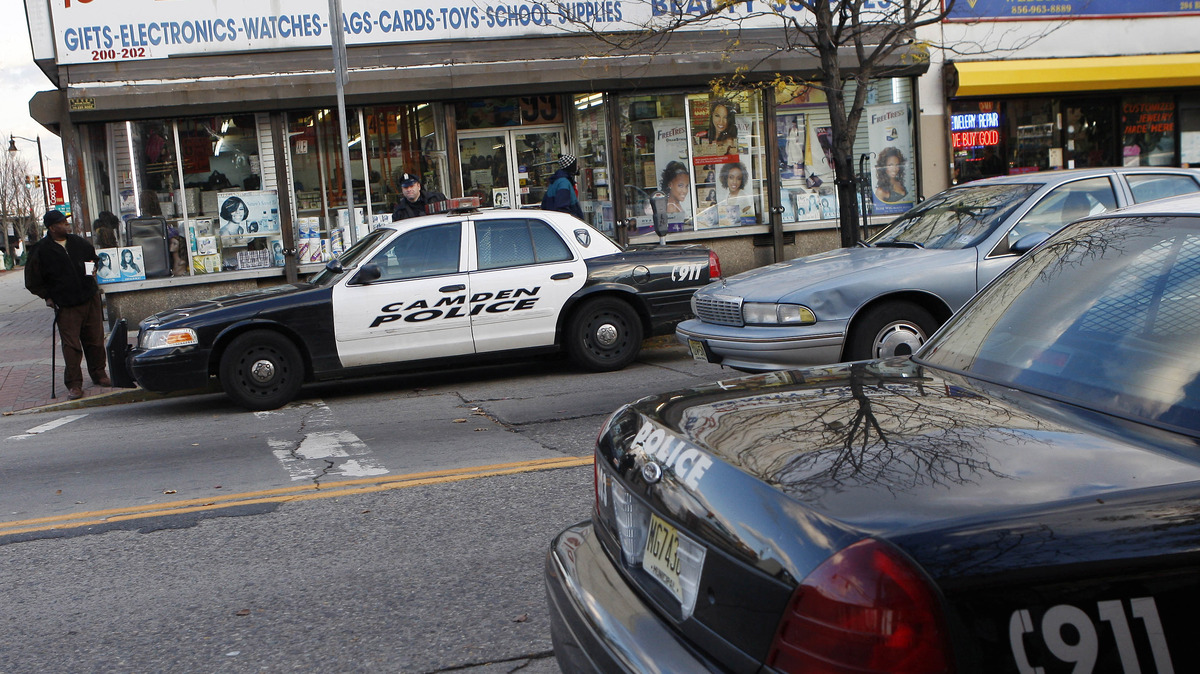 The city of Camden, N.J., is considering getting rid of its own police force and turning to the county to try and combat record crime.

Although considered one of the most dangerous places in the country, past budget cuts in Camden, N.J., have forced police layoffs. Now the city is considering even more dramatic steps: replacing the city's police force with one operated by the county.

Camden is on pace to break a record for homicides and shootings this year, and many in the crime-ravaged city say something has to change.

"The status quo is not working with our current policing model," says Camden City attorney Marc Riondino. He says it's time for Camden to take a new approach to public safety, with a new police force operated by the county.

"We have explored our options, and the best model for us is shared services," he says. "In Camden, it's well-known we have an uptick in violence; we have to enter into a new paradigm and make residents feel safe and that's the only reason we're doing this."

Camden City Council President Frank Moran, who was born and raised in Camden, says even with financial help, Camden is struggling to protect itself.

"We are under a transitional aid agreement with the state, and every year the state will reduce our aid, and it's what the governor has implemented," Moran says. "Unfortunately we have to live with [it], so we have to do everything in our power to be creative."

Some Camden residents are speaking out against the plan.

At a rally outside the Camden Fraternal Order of Police headquarters, opponents of the dismantling gather to protest. Eulisis Delgado expresses his opinion, pointing to signs he's taped to a truck.

"This one right here says, 'Stop the killing and the shooting and the robberies in our city,'" he reads.

Longtime Camden resident Larry Shaw is also worried about getting rid of the city police force.

"Not too long ago, we [were] considered the worst city in crime in the nation and what do they do? Give up the cops," Shaw says. "The cops that are here now are more than just cops. I mean you can talk to them, they know the people and they're your friends and they protect you."

'A Creative Way To Break A Union'

Opponents of the plan, including the city's police union, have filed an appeal to stop the local force from being dismantled.

The current Camden police department is unionized. Camden County spokesman Dan Keashen says that because the new force will be an entirely new entity, the old contract terms will not apply. Officers in the new force can, however, form their own union and will be able to negotiate a union contract.

"This is a creative way to break a union and break the financial obligations you have to a union," says Scot DeCristofaro, a spokesman for the Camden Fraternal Order of Police.

Jose Cordero, a consultant who's been hired to develop and implement the new police force, says that a lot of the labor contracts have been negotiated over many years. They reflect years past and "not necessarily the challenges in terms of both economic challenges and public safety challenges that Camden city faces."

Cordero says the plan is to hire more officers with about the same budget. One way the regional force could save money, he says, is by hiring civilians to do work that is done by police.

While the economy has prompted police departments around the country to look at similar moves, legislative obstacles and other challenges have kept many from actually taking the plunge.

So far, the city of Camden is the only member to join the regional force; no other New Jersey communities have signed on. The price tag for the new force is still uncertain, but Camden leaders say they've got to move forward even if they have to go it alone.