Accessibility links
Robert Crais: L.A. Is 'Natural Canvas' For Nightmare From murder in the Venice canals to human trafficking in the desert, Los Angeles serves as the perfect setting for Robert Crais' noir novels, starring Elvis Cole and Joe Pike, two PIs who are desperately seeking normal — both for their clients and themselves. 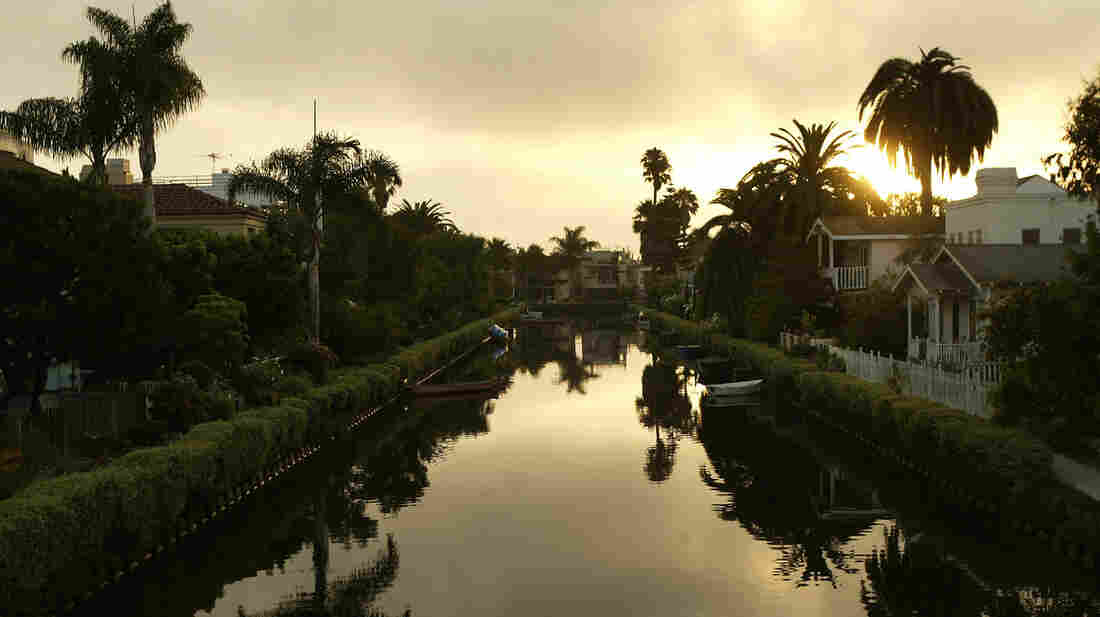 It's been a few decades, and many published books, but Robert Crais can tell you exactly when mystery writing first caught his attention: He was a bright 15-year-old living in Baton Rouge, La., when he read Raymond Chandler's The Little Sister, which depicted the shady side of sunny Los Angeles through the eyes of private investigator Philip Marlowe.

Since then, Crais has found huge success with his own crime novels, also set in LA. The city is the perfect canvas for a modern mystery, and Crais' eyes still grow wide when he talks about what Chandler painted on it.

"The way Chandler and his language portrayed Los Angeles, portrayed Philip Marlowe, lit me up the way no other fiction prior to that had," he says.

So it's especially satisfying for Crais when critics describe him as one of Chandler's natural descendants; but instead of the wryly laconic Marlowe, Crais' protagonist is a smart-aleck investigator named Elvis Cole.

"In the very first book, The Monkey's Raincoat, I say this is not his birth name. He was actually named Philip James Cole, but his mother changed his name when he was 6 years old," Crais says.

After Cole's single, party-girl mother had a blast at an Elvis Presley concert, she came home and legally changed his name to Elvis. Crais says the consequences of that have dogged his PI ever since. 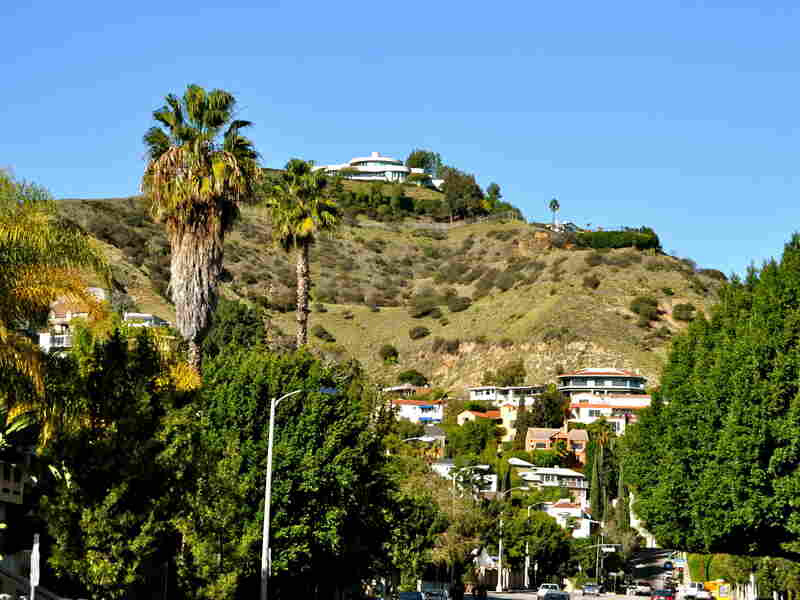 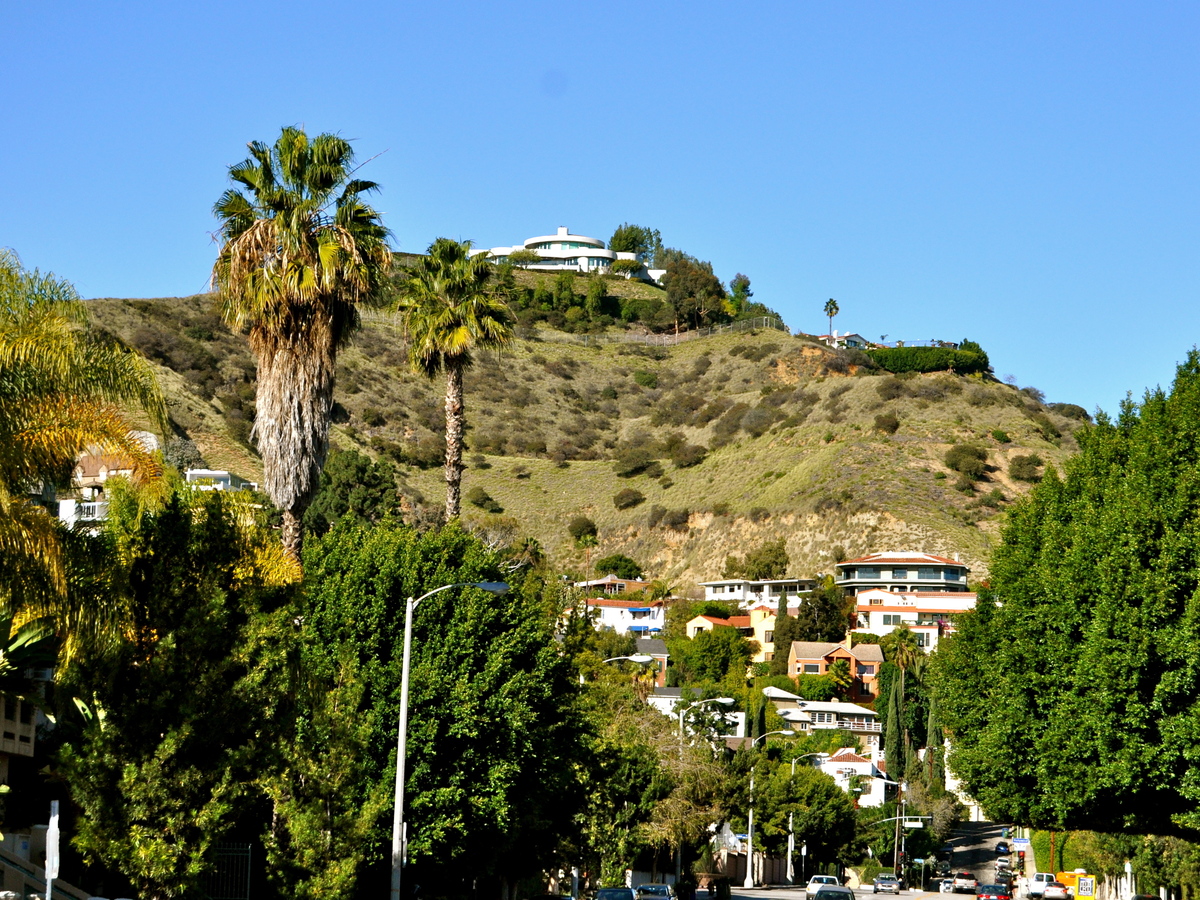 Cole's partner and best friend is Joe Pike, essentially Cole's opposite — as taciturn as Cole is glibly chatty. Cole dresses in colorful Hawaiian shirts, while Pike is black and gray. Cole seems open; Pike is purposefully inscrutable. Crais says Cole's job is to restore normalcy to his clients' lives, even as he knows it's personally unattainable.

"He admires normal," Crais says. "I think, in many ways, Joe Pike does, too. They're trying to achieve balance and normalcy because they admire it, but they don't know how to get there. That's one of the reasons they're so much fun for me to write."

'Potential For Horror And Nightmare'

At the mouth of the Venice canals, in LA's Venice neighborhood, Crais points to large locks that control the flow of water into and out of the waterways. Dozens of these canals were built in the early 1900s in homage to the Italian city that is their namesake. Most were later paved over, but the remaining ones are expensive real estate, lined with colorful homes and fragrant gardens. Crais explains how the neighborhood, and its quirky engineering, played a role in his 2011 novel, The Sentry.

Read an excerpt of The Sentry

"My notion, of course, in the book was that if there were a body floating in the canals, as the canal drained, it would go downstream and be caught in the locks," he says. "And that's one of the devices I used."

Walking along the paths that line the canals, Crais notes how tranquil the neighborhood is: Egrets fish in the reeds at the water's edge and the quiet is only disturbed by an occasional bark. It's a good place for things to go wrong.

"It's a natural canvas," Crais says. "You know, where there is peace and when there is tranquility, there's always the potential for horror and nightmare."

'Chasing That Dream Of A Better Life'

Crais' most recent book, Taken, is set all over the city and out in the desert. It focuses on human trafficking, which Crais says flourishes in LA because of how the city draws all kinds of people with hopes of reinvention.

Read an excerpt of Taken

"People come to LA because they're chasing that dream of a better life," he says. "That's why I came here, because I thought it would be a place where I would find other people like me; people who wanted to write, people who had a dream of being something else. And that proved to be true."

Crais has prospered in LA. He was so certain that writing would be his life that he dropped out of Louisiana State University a semester short of graduation, packed his car and drove to Hollywood. His ear for dialogue got him work on television scripts in the '70s and '80s — he's written for Hill Street Blues, L.A. Law and Cagney & Lacey — but novels, especially mysteries, always tugged at him, and eventually he turned his back on a lucrative television career to write books full time. After that, he's never looked back.

Crais' 18 books, three stand-alone novels and 15 in the Cole-Pike series, have made him financially comfortable — and kind of famous. After all, not many New York Times best-selling authors can say they've had a pizza named after them. Down the street from the canals, in the cafe at Small World Books, where dishes are named for famous writers, waitress Rachel Hanak lists the ingredients of the Robert Crais Pizza: salami, garlic, pepperoni and mushrooms.

Get a Sneak Peak At Robert Crais' Upcoming Novel:

Read an excerpt of Suspect

In his car, driving up into the Hollywood Hills and Runyon Canyon, Crais points to the kind of house Elvis Cole lives in — a glass-front A-frame with a panoramic view of the Los Angeles Basin. He says he glimpsed a similar house when he first moved to LA, and it became something for him to aspire to.

"And, many years later, when I created Elvis Cole, I thought why not put him in a place that had meant so much to me? So I gave him an A-frame house," Crais says.

He also sends Cole and Pike on regular runs through the hills. From up here, the view of the city is stunning. Crais gazes fondly on the houses and apartments; the palm trees and the skyscrapers' glass windows winking in the distance. LA can be a hard city, but it will always be home for Crais.

"There's the Hollywood sign; there's Griffith Observatory; there's the great, amazing Los Angeles Basin," he says. "It's 465 square miles of insanity and the best food on the planet."

It's also a never-ending source of inspiration for one of modern crime's most admired writers.

1. He ran away to join the circus when he was a kid. He was 13 and his parents let him do it for the summer. He worked as the assistant to the human cannonball, but it didn't last very long. After he discovered that the alleged explosion was actually an illusion, he decided the paying public needed to know they were being had. "He's a fake! The human cannonball is a fake!" didn't go over too well with the circus owners, so they returned Bobby to the bosom of his family. But his sense of justice and fair play lives on in the persona of Elvis Cole.

2. He was almost an engineer, which would have been a tragedy for lovers of crime fiction. He was in the School of Engineering at Louisiana State University, but engineering wasn't something he wanted to do. He wanted to write, so a semester short of graduation, he dropped out. "It did not go over well on the homefront," Crais says, "as you can imagine." Presumably, all is now forgiven.

3. He doesn't know what Elvis Cole or Joe Pike look like. "I can see their bodies; I can see their movement when I'm writing them, their arms, legs and so forth," Crais says, "but their faces are always blurs. Probably if I saw their faces, I wouldn't be able to write them. I don't know why."

4. And he doesn't want you to, either. Crais says he wants his readers to feel free to imagine what Cole and Pike look like for themselves. It's part of the pleasure of reading, he says: "I don't do this alone, you know. It's like a compact between the reader and the writer. Together, we create this experience." That's why he won't ever sell his Cole-Pike novels to Hollywood — not for TV, not for movies. And there have been several offers. (He does allow the stand-alones to be made, however: Hostage, a thriller about a beaten-down police negotiator who is called in to try to free a terrorized family, starred Bruce Willis.)

5. He is not, he insists, Elvis Cole. But they do share two important things: the aforementioned sense of justice and fair play, and an unfortunate affinity for some of the loudest, most colorful shirts ever sold. Crais says, "Elvis is not me; he's his own person, and that's important to remember. But I do happen to like really colorful shirts — OK, really loud prints. And I thought, 'Hey, this is something that Elvis could have — my fashion sense.'" Yikes. You'd have to borrow Pike's sunglasses to look at Crais. (Not sure how you'd take them off him, though. Crais guesses Pike has maybe removed his sunglasses four times in the whole 15-book series.)