Accessibility links
Weary Wis. Union Workers Face Another Campaign In the lakeside city of Oshkosh, a group of union workers say they're tired but ready to keep fighting. They've been through months of bitter battles over state employees' collective-bargaining rights — including a failed attempt to recall Gov. Scott Walker. 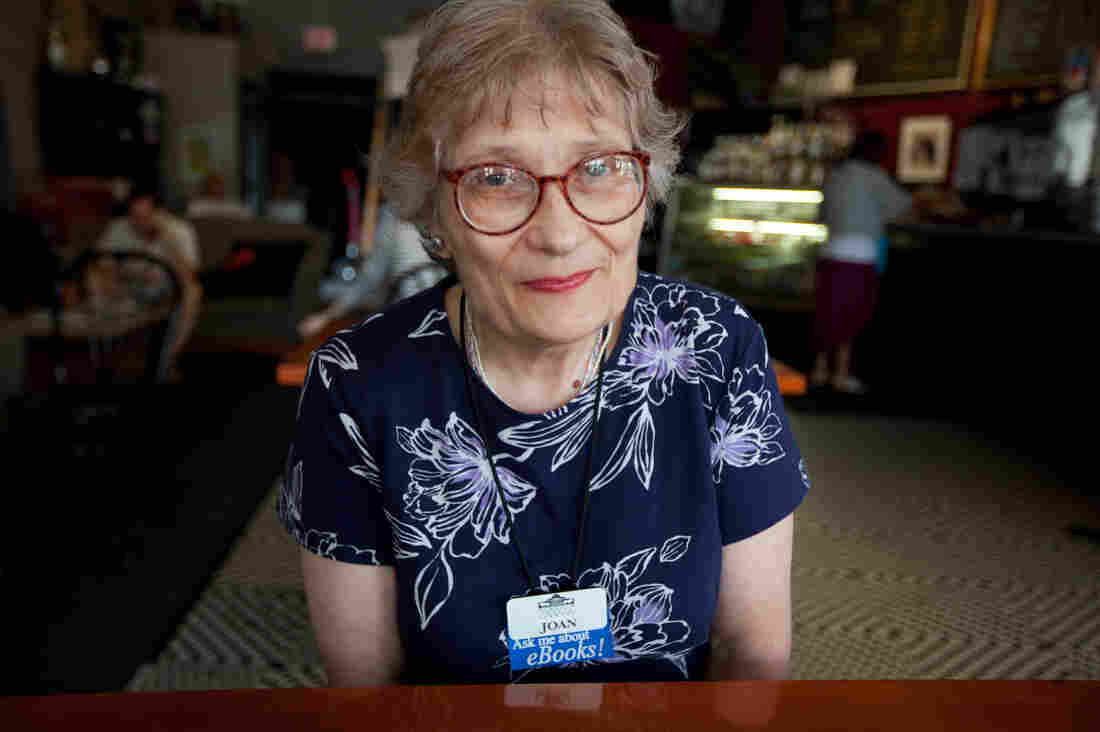 Joan Kaeding is a reference assistant at the Oshkosh Public Library. NPR talked to her at New Moon Cafe in downtown Oshkosh. She says she's fielding lots of questions at the library about the new health care law. John W. Poole/NPR hide caption

As the presidential election nears, Morning Edition is visiting swing counties in swing states for our series First and Main. We're listening to voters where they live — to understand what's shaping their thinking this election year.

This week, we're visiting Winnebago County, Wis. — a county that went Republican in the 2004 presidential election and flipped to the Democrats in 2008.

Now to really understand Wisconsin politics, you have to remember what that state has been through: a bitter fight over whether to recall Republican Gov. Scott Walker.

Walker took away collective-bargaining rights for state employees. That made many people angry. Still, Walker had more supporters than detractors, and he kept his job. It's been two months since that recall fight.

Our first stop in Winnebago County is the lakeside city of Oshkosh.

At lunchtime on a recent workday, the scene is lively — people are sprawled out in a park in the center of the city, eating ice cream and listening to a jazz band.

But that really happy vibe almost gave us the feeling that people were desperate for some kind of release.

And that's just what we heard when we walked into the New Moon Cafe on the square along Main Street to sit down with a few people from the local unions: one teacher, two librarians and a corrections officer.

Just to my right was Paulette Feld, a university librarian in Oshkosh and president of the Wisconsin State Employees Union. Her big, welcoming smile seemed to be hiding something.

"Right now, I'm a little tired," she says. "I think just because we've been through so many campaigns."

That includes the failed campaign to recall the governor.

When Walker took away collective bargaining for state employees, this group said, they felt they lost most of their basic rights as workers.

They're ready to keep fighting. But maybe just a little break?

"I mean, I didn't plant my garden this summer until the middle of June," Feld says. "I look at it now [and] I'm like, 'This is really pitiful.' And that's the way the past year has been, so ... feeling this way is kind of different for me. But I think it'll happen, and I'll get involved and I'll do what I have to do, like I always do."

In addition to being tired, she says it's now harder for union members to get involved in campaigns.

"We don't have all the options to get involved as we had before. We could get off of work and do a little bit of campaigning for people in the past. We can't do that anymore," she says, "so I think that's going to make a big difference." 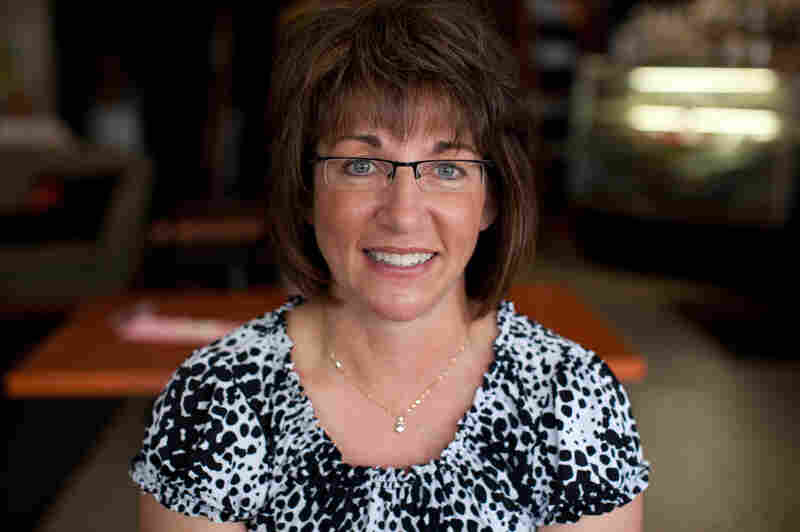 Patti Clark-Stojke, a speech and language pathologist with the Appleton-area school district, says it's hard to find joy in what you do "when you're frozen." John W. Poole/NPR hide caption 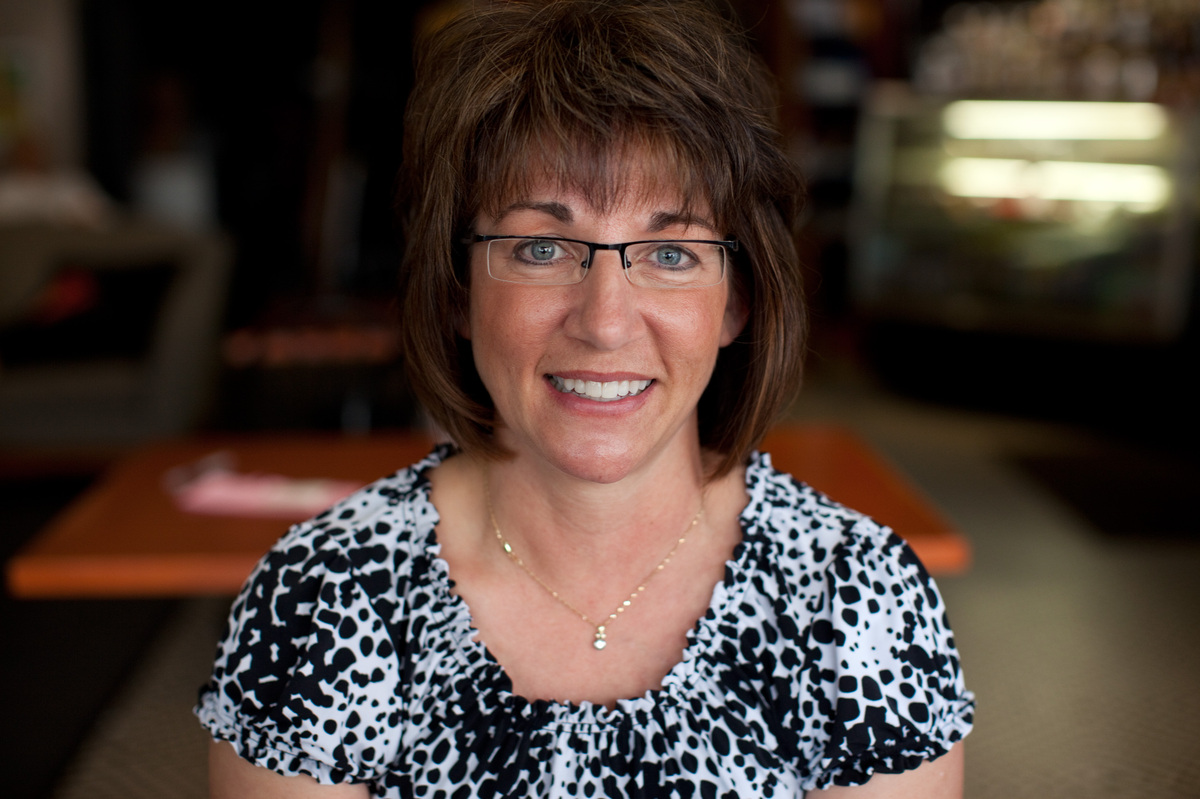 Patti Clark-Stojke, a speech and language pathologist with the Appleton-area school district, says it's hard to find joy in what you do "when you're frozen."

'Everything Has Been Frozen'

Across the table from me was Patti Clark-Stojke, a speech pathologist in the public schools. She was involved in the very first demonstrations against Walker.

"I think back to the irony of how freezing cold my feet got that day, and now thinking how that feels like our life has been for the last year and a half — everything has been frozen, everything is cold and miserable," she says. "And to find happiness and joy in what we do ... the things that we love to do in education and teaching children and helping them reach their potential — it's hard to do when you're frozen."

That loss of joy may well say something about the country as a whole.

"And, you know, we'd have conversation. We'd agree to disagree and we'd compromise and we'd work together," Clark-Stojke says. "Now there's such a polarization."

That extends even to families, she says.

"I just heard a story last night from another teacher. And she said, 'At Thanksgiving, I walked out of the room, and I walked into the kitchen, and I found something else to do — because I wasn't going to get into a discussion or even an argument with a family member.' She said, 'I made a vow from that day forward that at Christmas, Easter, whatever, family reunion, I'm not going to walk out of the conversation anymore. Because I'm just as important as Uncle Walter or Aunt Beth.'

"So I was proud that, you know, a fellow educator was willing to step forward and say: You know what, whether we agree or disagree, I'm going to have my voice."

Jason Menzel, who works as a corrections officer at a local prison, says he's had difficult moments with neighbors and family members. 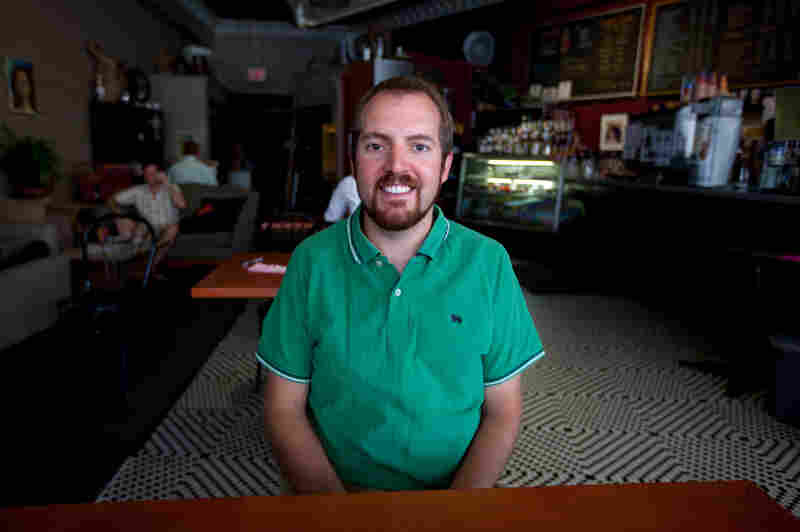 Jason Menzel, who works as a corrections officer at Oshkosh Correctional Institution, is undecided in the presidential election. John W. Poole/NPR hide caption 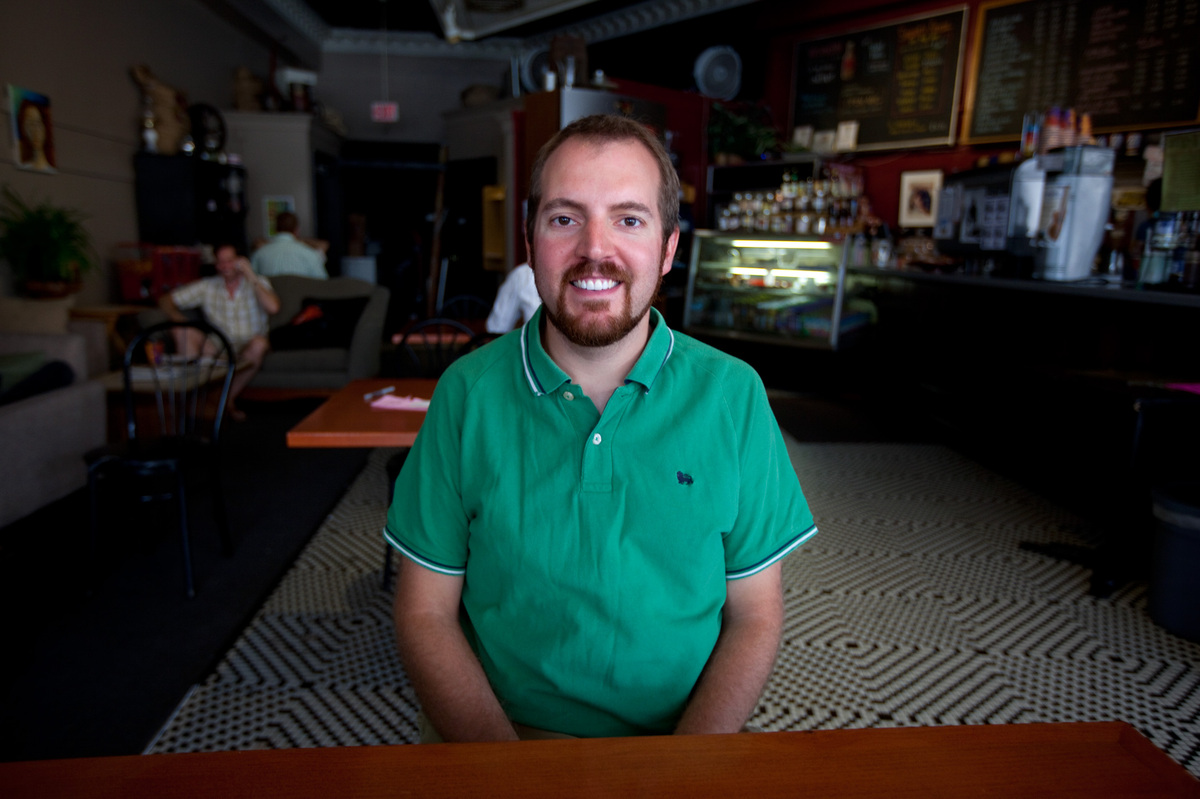 Jason Menzel, who works as a corrections officer at Oshkosh Correctional Institution, is undecided in the presidential election.

"You're better off just not talking about it, I've found," he says. "I've been affected by it so adversely that I want to talk about it, but it's like trying to get through a two-layer-thick brick wall. Because you can't get through [to] them.

"I can explain as best I can all of the horrible things that have happened to me in my work life, and everybody's like, 'Well, then find a new job,' but it's not that simple. And somebody still has to do the job one way or the other."

Menzel, a soft-spoken young man, got really fired up in the fight to defend his union.

"I've never been involved in politics until what happened in 2011 was thrown in my lap, and I realized how much I've been affected by it," he says.

He says he'd like to get involved in a presidential campaign. Only, he's undecided.

One thing that's perplexed him is the whole debate over health care. From what he's been able to decipher, he doesn't like President Obama's national health care law.

To him, the government is handing out insurance, and Menzel doesn't think that should be its role.

Turns out, a lot of people in Oshkosh want more information about the health care law.

Joan Kaeding, the fourth member of our group, works at the reference desk at the Oshkosh Public Library. She was proudly wearing her button that says "Ask me about eBooks!"

Well, one thing people have been asking about is health care policy.

"It's a very complicated plan," she says. "People don't understand it, haven't read it, including myself. Yes, I am at the library, I have access to it, but you can offer to print it out, you can offer to let them look at it — it is a really overwhelming document for people to understand and know what's in there.

"So more education needs to be done by the administration and all of us about what's in that plan."

It's a common refrain we heard from voters during our visit to Wisconsin — that amid all the noise and rhetoric, the campaigns have forgotten how to give some simple explanations for their ideas.

Now, the three women around the table with us at the New Moon Cafe said they will be voting for Obama in November.

As for Menzel — he has always made up his mind at the eleventh hour.

"I would go on the computer and I would Google search every candidate that I knew that I was going to be voting for, and I'd quick read up on them," he says. "And then from that, I would make my decision on who I would vote for. And I'd write it down on a little piece of paper and I'd take that in the booth with me. But I would do my research the day before."

He says he's still open-minded about who he will vote for in November.

"I will be Googling again, the day of the election," he says.

Campaigns, take note: If you're looking for an undecided voter, here's one in Winnebago County, Wis.