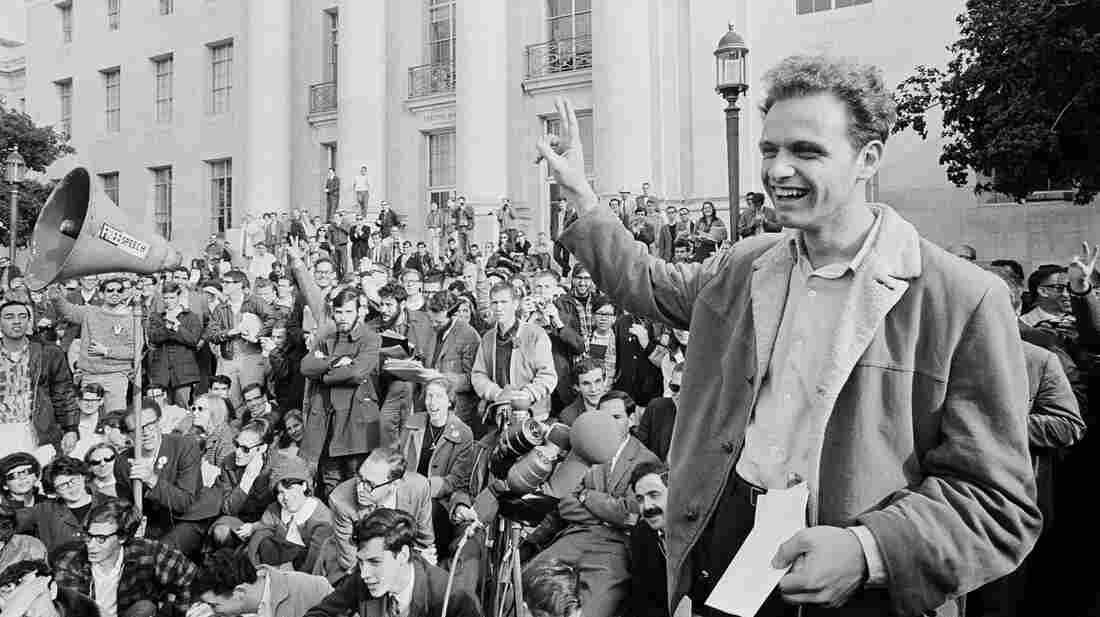 Mario Savio, shown here at a victory rally in UC Berkeley's Sproul Plaza on Dec. 9, 1964, was the face of the free speech movement. AP hide caption 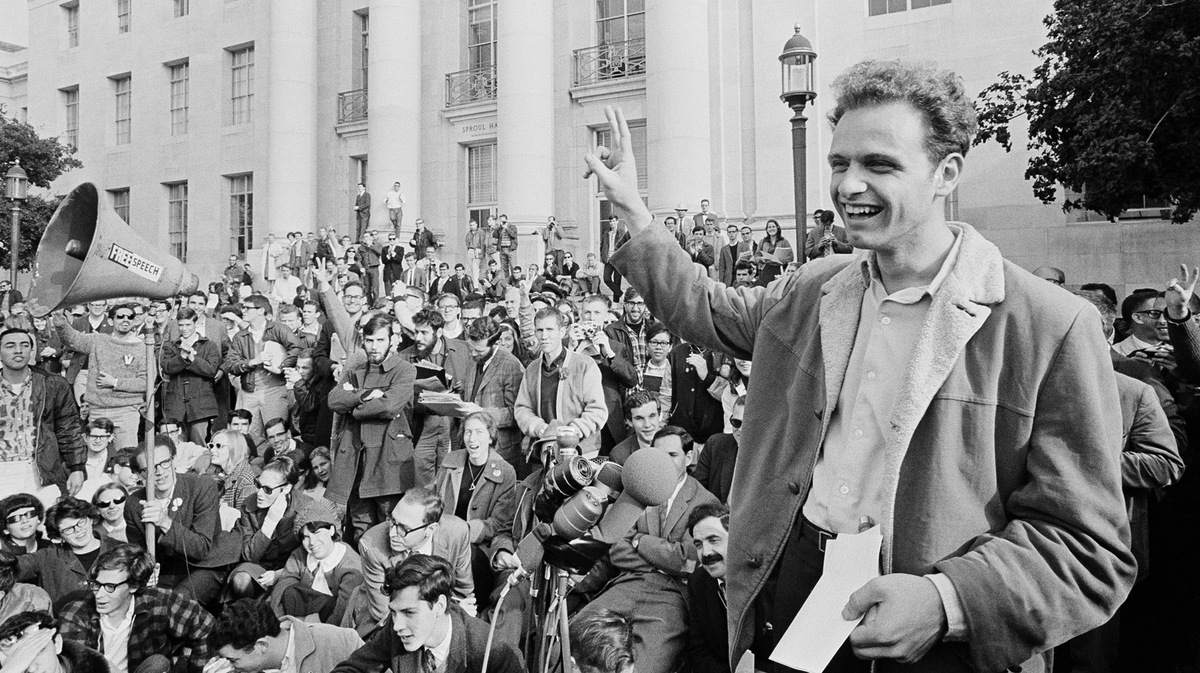 Mario Savio, shown here at a victory rally in UC Berkeley's Sproul Plaza on Dec. 9, 1964, was the face of the free speech movement. 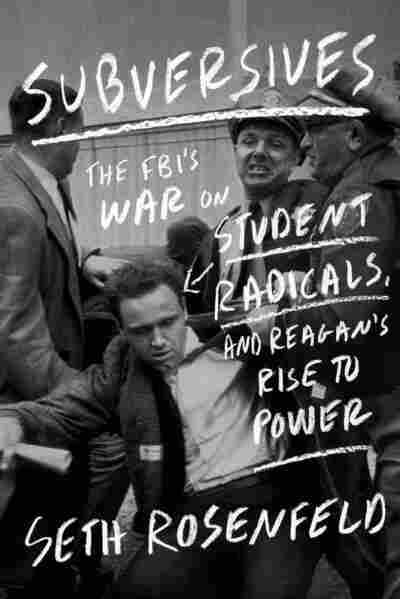 The FBI's War on Student Radicals, and Reagan's Rise to Power

In 1964, students at the University of California, Berkeley, formed a protest movement to repeal a campus rule banning students from engaging in political activities.

So Hoover ordered his agents to look into whether the movement was subversive. When they returned and said that it wasn't, Hoover not only continued to investigate the group but also used "dirty tricks to stifle dissent on the campus," according to Rosenfeld.

Rosenfeld's new book, Subversives: The FBI's War on Student Radicals and Reagan's Rise to Power, details how the FBI employed fake reporters to plant ideas and shape public opinion about the student movement; how they planted stories with real reporters; and how they even managed — with the help of then-Gov. Ronald Reagan — to get the UC Berkeley's President Clark Kerr fired.

To research the book, Rosenfeld pored over 300,000 pages of records obtained over 30 years from five lengthy Freedom of Information Act lawsuits against the FBI.

The records "show that during the Cold War, the FBI sought to change the course of history by secretly interceding in events, by manipulating public opinion and taking sides in partisan politics," Rosenfeld says.

The book also details how the FBI influenced Reagan's politics as president of the Screen Actors Guild, governor of California and finally as president.

On the FBI's interest in the free speech movement

"[FBI Director] Hoover instantly ordered a major investigation of the free speech movement and assigned a lot of agents to look into it and whether it was a subversive plot. And they determined that while there were a few Communists and socialists involved in the protest, it would have happened anyway, because it was really just a protest about this campus rule [a rule banning students from political engagement]. His agents repeatedly told [Hoover] that it would have happened anyway." 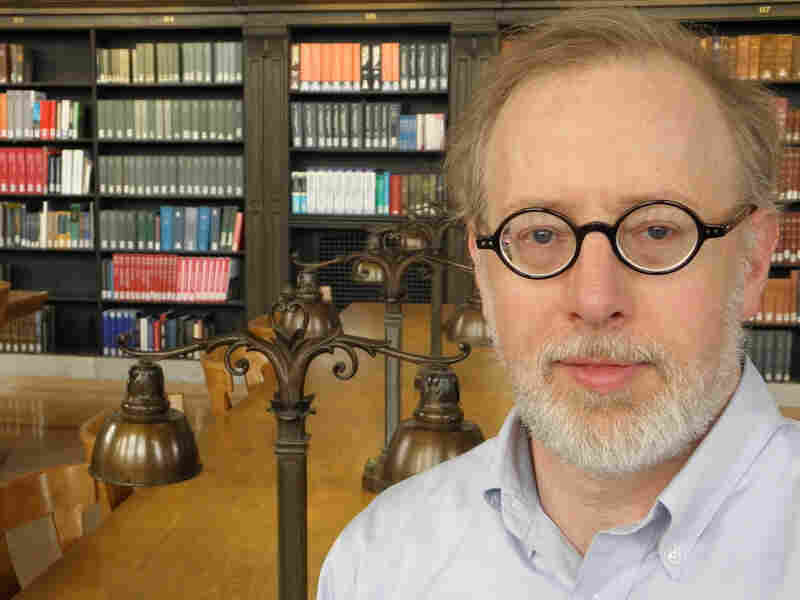 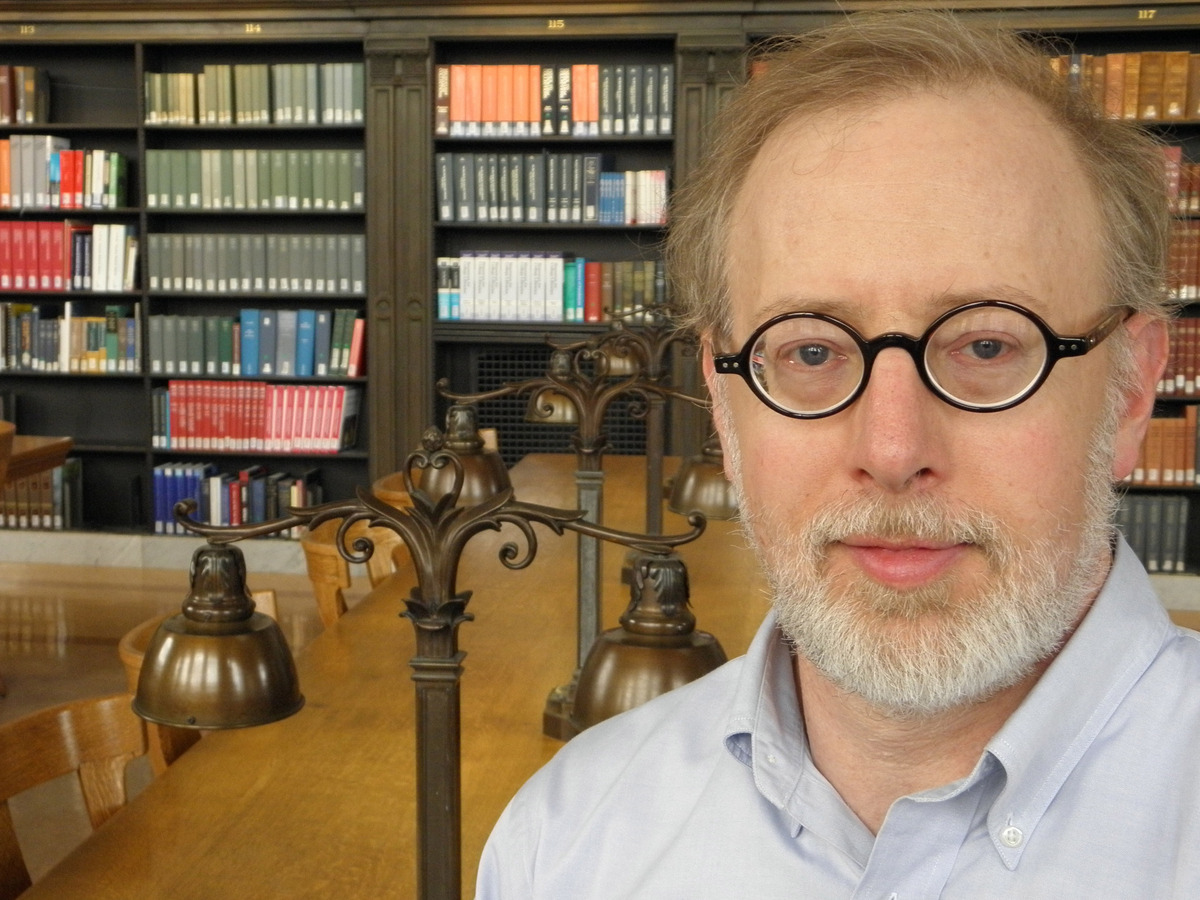 Seth Rosenfeld is a journalist based in the San Francisco Bay Area.

"The FBI saw Mario Savio as a potentially dangerous person because he was a very charismatic leader; he was very effective in rallying students and even more broadly members of public to the cause of the free speech movement. Hoover tried to counteract that by taking certain steps that would discredit Savio by portraying him in news stories as an associate of Communists and socialists. At one point, the FBI designated Savio as a key activist, putting him on a list of people whom the FBI would attempt to neutralize through intensive surveillance and harassment. ... An FBI agent contacted Savio's employer, and sometime later Savio lost his job."

On the president of the University of California, Berkeley

"Clark Kerr was the man in the middle, and he had done so much for the university. He is one of the towering figures in American higher education. He expanded the university, and he also developed a master plan for education — the system of colleges that's now used not only around the country but all over the world. He also opened the campus to free speech in many ways. He lifted the ban against Communist speakers, saying the role of the university is not to make ideas safe for students but to make students safe for ideas. He believed that students could make up their minds and make the correct decision if they were allowed to consider all sides.

"But times were changing. Kerr had opened the campus to free speech in many ways, but when the student movement in the early '60s began, he was taken by surprise. He didn't expect the students to be as aggressive as they were and he was not quick enough to more fully open the campus. The free speech movement was ultimately successful: It reversed the rule against students' engaging in political activity on campus. Kerr later said he regretted that he had not acted more swiftly to lift that rule."

On how the FBI attempted to discredit Kerr

"When I met with [Kerr], and showed him some of his FBI files, he was quite astonished that the FBI had tried to get him fired from his job as university president. The document showed that J. Edgar Hoover had ordered agents to leak information to members of the Board of Regents in an effort to convince them that Clark Kerr was not being tough enough on student protesters and that he had to be fired."

On Reagan's affiliation with the FBI

"Starting in Hollywood in the 1940s, Ronald Reagan developed a special relationship with the FBI. He became an FBI informer, reporting other actors whom he suspected of subversive activities, and later, when he became president of the Screen Actors Guild, the FBI had wide access to the guild's information on various actors. At one point, the guild turned over information on 54 actors it was investigating as possible subversives — so the FBI viewed Reagan as an extremely cooperative source in Hollywood. He was far more active than we know from previously released FBI records. As a result of this, Hoover repaid him with personal and political favors later."

Read an excerpt of Subversives