A Put-Upon Hardbody, But A 'Teddy Bear' At Heart

A Put-Upon Hardbody, But A 'Teddy Bear' At Heart 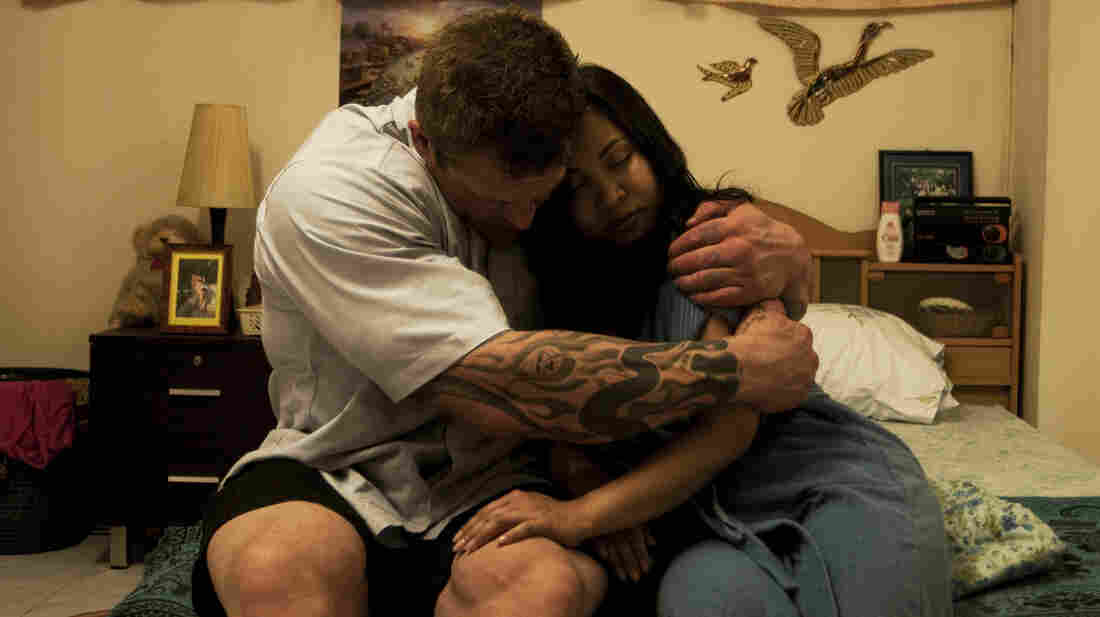 In English, Danish and Thai with subtitles

Set in contemporary Denmark and in Thailand, Mads Matthiesen's Teddy Bear is a sweetly muted domestic drama struggling to contain a fierce and ancient folk tale.

In a desperate bid for freedom, Dennis, a gentle giant played with quiet diffidence by real-life bodybuilder Kim Kold, journeys to a far-off land. There he plays Gulliver in Lilliput to a bunch of mischievous sex pixies — hookers and mail-order brides hovering around the age of consent.

Despite his thuggish looks, Dennis is a sensitive soul who's hungry for love. So the sex tourism goes badly, until he meets some friendly goblins — local bodybuilders for whom Dennis, to his innocent delight, is a legend — and a seasoned princess named Toi (Lamaiporn Sangmanee Hougaard). A widow who owns the gym where Dennis finds a haven from all the loveless hyper-sexuality, Toi has a lot of patience for a prince with a whole lot of baggage and next to no experience.

Back home, though, the mere existence of a rival for her son's affections brings out every potion in the wicked witch's arsenal. Played with insidious relish (and a telling lick of desperation) by veteran Danish actress Elsebeth Steentoft, Mom sulks, threatens, castrates and manipulates as needed, and for a while it looks as though she may prevail.

Dennis' graduation to adulthood makes a touching, often funny story, its protagonists' awkward decency enhanced by the stiff performances of the mostly non-pro actors. As a love story, though, Teddy Bear is a touch thin, perhaps because the warm heart it wears on its sleeve keeps cracking to reveal buried domestic horror. Talk about something rotten in Denmark. 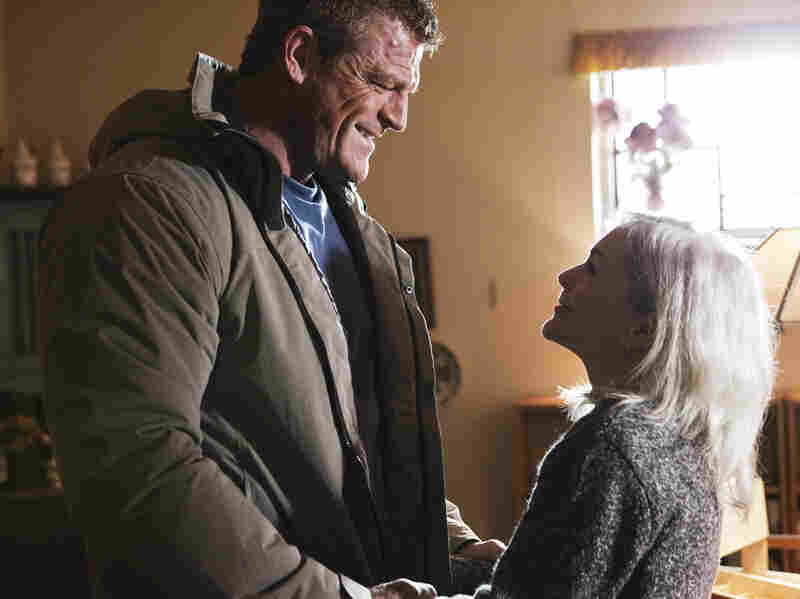 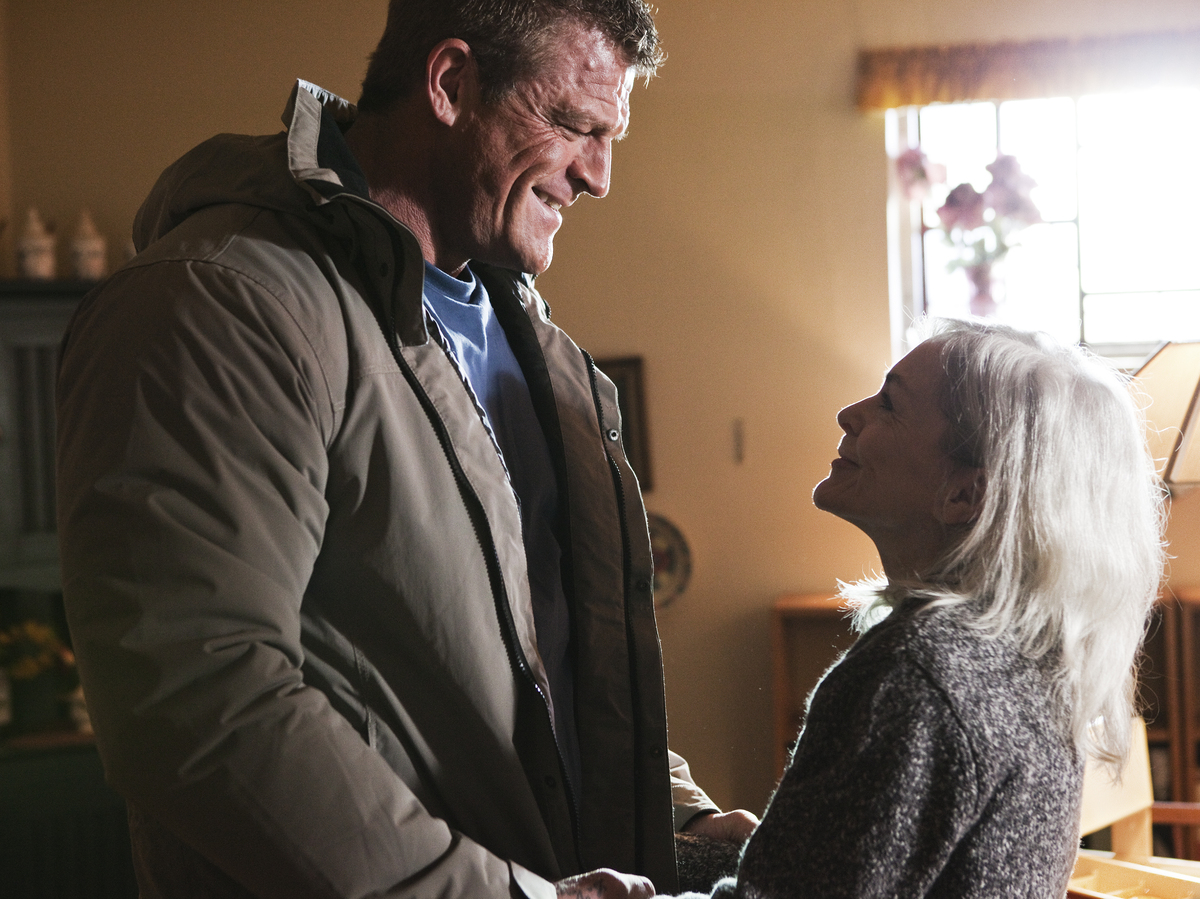 Dennis (Kold) has an unhealthy relationship with his controlling mother, Ingrid (Elsebeth Steentoft).

Dennis never knew his father, nor what early terrors in her own life turned his mother into such a gorgon, so it's right that we're left in the dark too. What's hard to fathom, though, is how Dennis grew into such a mensch.

It's true that some children have mysterious survival instincts that sustain them against the odds of their upbringing, and Matthiesen makes canny use of silence to evoke the pent-up longing for emotional connection of this bossed-around man-child. Dennis doesn't say much — he doesn't know how — but his actions bespeak a soul of incorruptible purity.

Deprived as he is of the rites of passage into manhood, he seems strangely incapable of Oedipal rage. His gentlemanly separation from Mom seems lifted from some inspirational Lifetime playbook.

Yet there's aggression in the visceral physicality of Dennis's pumped-up body, with its grotesquely enlarged muscles and the threatening tattoos snaking up his enormous back to his preternaturally thick neck. At the gym — the only place where he feels competent and can express untrammeled masculinity — Shrek morphs into the Incredible Hulk. Intended or not, there's something frightening about Dennis's size, about his endless bicep-flexing. For all his civility, there's reason to give thanks that Dennis found love. If not for that, he might be an axe-murderer waiting to happen. (Recommended)