Accessibility links
Head Start To Absentee Dads: Please Come Back A Head Start program in New Haven, Conn., is trying to get absentee fathers back into the parenting game. The program offers parenting classes in the hopes that even men with troubled lives can find redemption by connecting with their children. 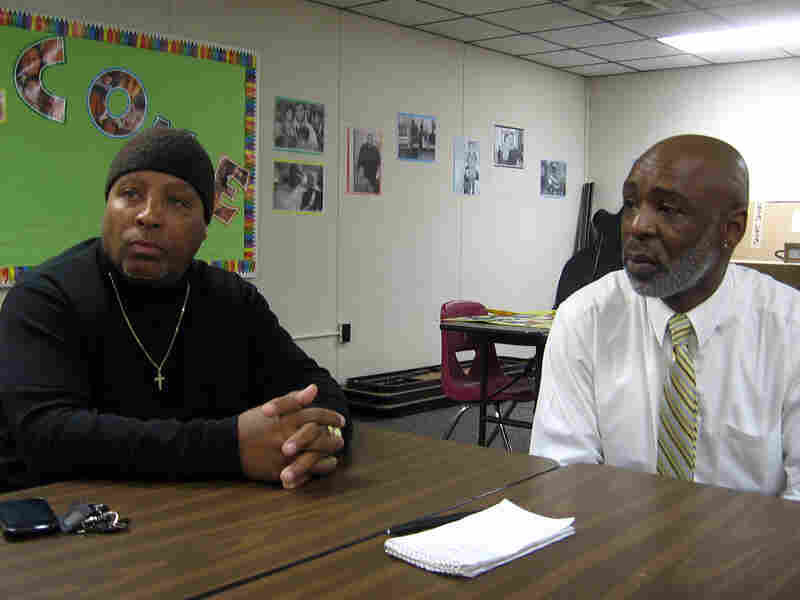 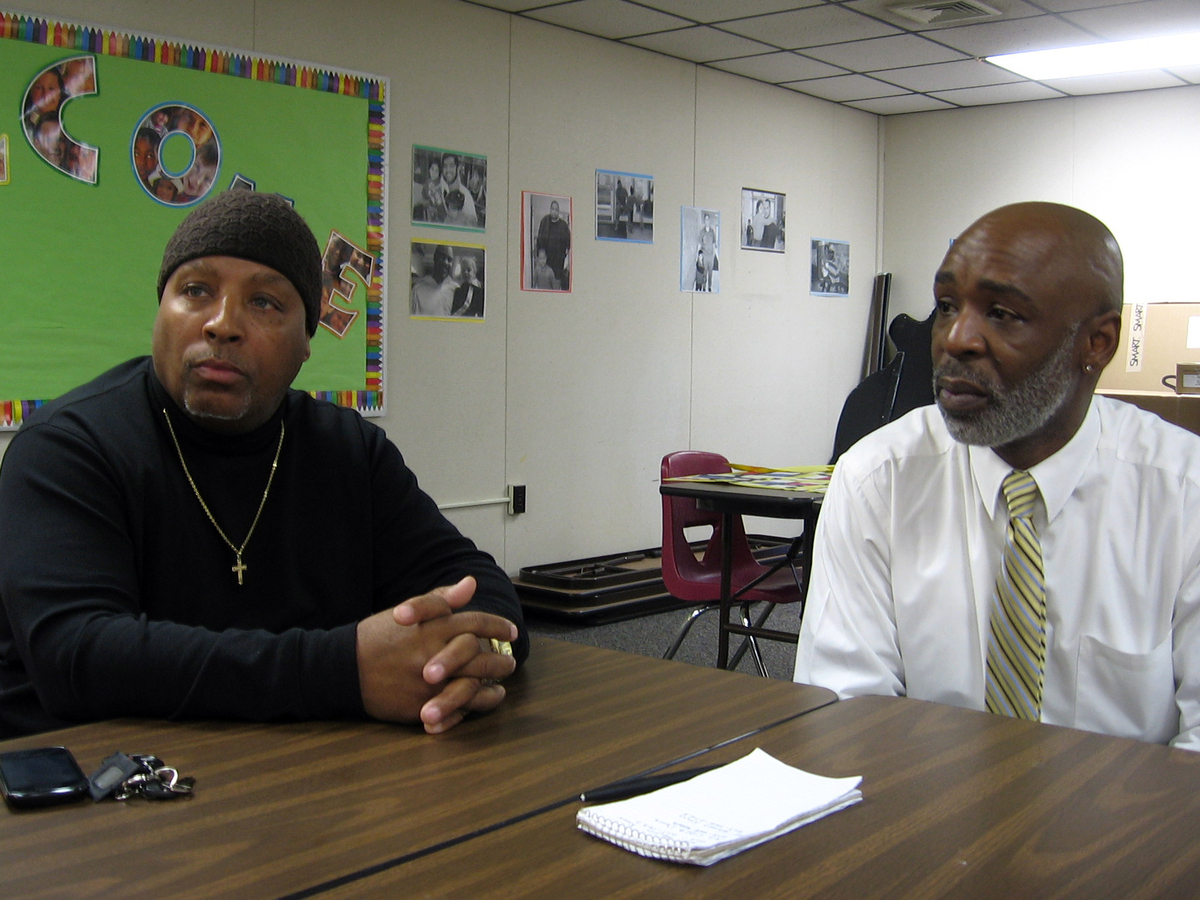 It's a typical day at a Head Start center near downtown New Haven, Conn., and restless 3- and 4-year-olds squirm and bounce on a colorful shaggy rug vying for their teacher's attention. Down the hallway several women make their way to a parenting class, stopping to marvel at a 4-month-old baby.

What you don't see, says the center's Keith Young, is men, fathers.

Young is the center's male involvement coordinator and community outreach partner liaison, a complicated title for a man with a simple message about fathers.

"We want to be nurturers," he says.

The center has embarked on an effort to bring fathers back into the picture to help raise their children. And Young works tirelessly to find absent fathers and bring them to parenting classes at centers like this one.

But why would anyone want these men involved, especially if they've been kicked out of their home or been abusive?

"It's very hard to know how and when to allow that individual who's ripped your heart and soul apart into the lives of your children," says Susan Chorley, who has worked with battered women and was once a victim herself. She is ambivalent about men with a history of abuse reconnecting with their children.

And yet, Chorley concedes the research shows kids lose out when they have no contact with their fathers.

"We see it a lot with the boys in our shelter who are really yearning for a male role model, a male relationship, and if their father is not there for whatever reason and can't be there, you can see the heartbreak," she says.

Young believes deeply that even men with troubled lives can find redemption by connecting with their children. That's what his weekly meetings with the fathers in his program are all about.

Caleb Davis, a tall, soft-spoken man in his mid-30s, is raising his 4-year-old daughter on his own. "It's hard being a single father, raising a daughter and not given that much credit. I have to fight for my rights and coming here talking to Keith helped me deal with that," Davis says.

But for some men, says Young, fatherhood is one big question mark.

"I had one guy say to me, 'I don't know what it is to be a father.' He never had a father in his life. He spent a good portion of his life in prison, and he came out and now he's ready for this child and he didn't know how to be a father," Young says.

Across the table, a stocky older man with a black beanie and gold crucifix necklace nods in agreement. Rickie Knox comes to Head Start almost every day to be with his two grandchildren. He says it has helped him make up for his mistakes as a father.

"My son is 31. He's a grown man. We were never really close, but this program has allowed me to become closer to my son," Knox says.

Knox's only son is in prison for drugs and weapons possession. Knox takes his grandchildren to visit their dad at least once a month. He says his son now realizes how much he needs his children and how much they need him.

Dads do care. We just have to look deep enough.

Experts say reconnecting absent fathers with their kids is a good thing as long as mothers have a say, too. Fernando Mederos has studied domestic violence and the role of fathers for the past 30 years.

"We need to be sensitive and aware of that. It doesn't mean that because we want to work with fathers, you'll roll out a red carpet for all fathers," Mederos says. "I think what we owe these women is to say to them, 'What are your concerns about him and is there any way having him involved with your kids in a safe way, even in a helpful way, to you?' "

Young says that's the whole point — to reconcile fathers with their families for the sake of the children.

"Dads do care. We just have to look deep enough," Young says.