Accessibility links
In California, An Effort To Fight Human Trafficking A state ballot initiative would strengthen penalties for those involved in the sex trafficking of women and children. In Los Angeles, a major hub for child sex trafficking, the average age of victims is 13. Some who escape the life are rescued by group homes; others wind up at juvenile hall. 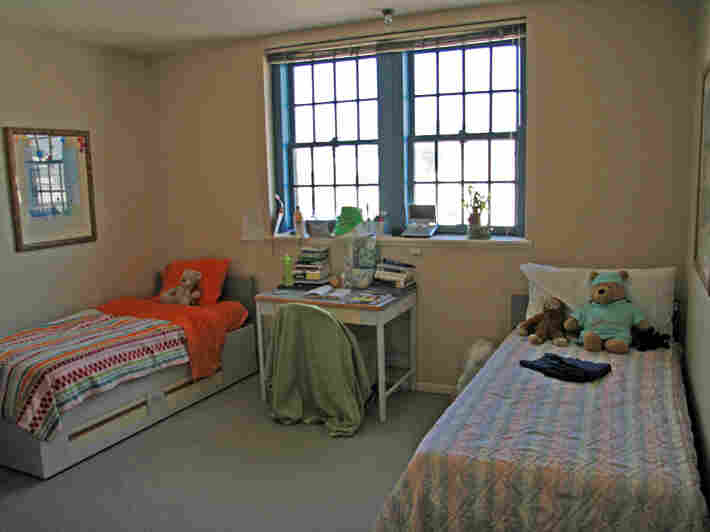 toggle caption
Courtesy of Children of the Night 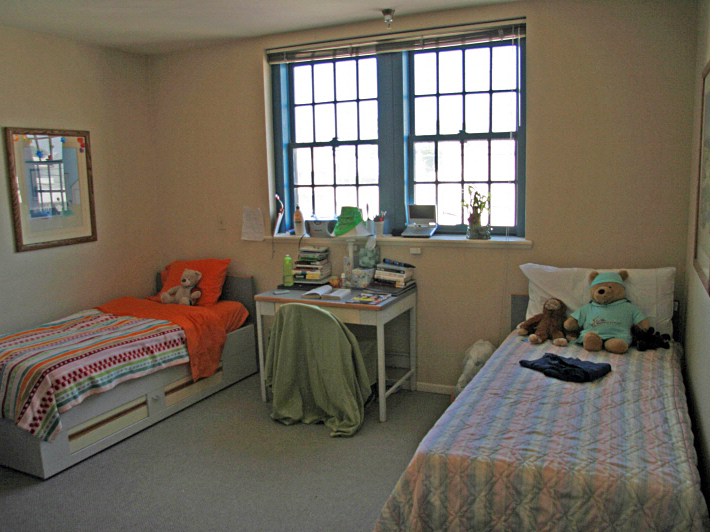 A girls' room at Children of the Night, a private group home in Los Angeles for children involved in prostitution.

Courtesy of Children of the Night

This November, California voters will decide on a ballot initiative that would strengthen penalties for those involved in the sex trafficking of women and children. The CASE Act — or Californians Against Sexual Exploitation — would make those cases easier to prosecute. And if it passes, those convicted of the crime would have to register as sex offenders, which they're not currently required to do.

Los Angeles is a major hub for child sex trafficking in the state, though the LAPD does not give out numbers on how widespread the problem is because it is such an underreported crime. The average age of victims, according to Lt. Andre Dawson, head of the LAPD's Human Trafficking Unit, is 13 years old.

Pulling up the website, Backpage.com, Dawson reads from a posted ad.

"It says 'Stunning, beautiful, sexy, no disappointments.' It shows the age of being 22, but when you look at the pictures, you can that tell this picture is not of a 22-year-old girl," he says.

On the Internet or the street, it's the same story.

What CASE Would Do

Californians Against Sexual Exploitation (CASE) is slated as a ballot initiative in November. It would:

There could be a hundred different reasons of how and why a girl ends up trafficked by a pimp. And chances are, undercover officers Kristen Humphries and Aaron Korth have heard every single one.

"We just interviewed a girl that had an $800-a-day quota, and that's every day," Humphries says. "They don't get a break. They don't get much time to sleep; they don't even get much to eat, really."

Arresting a pimp isn't easy — and don't even get them started about the customers, the johns.

"It's just a misdemeanor for the johns, and personally I think there needs to be much heavier penalties for the people who are the demand side of the supply-and-demand equation here," Humphries says.

Children Of The Night

"I tried to leave him, but he told me that he would kill me," says a former prostitute who is just 14 years old. (Because she's so young, NPR is withholding her name.) "He would post me on the Internet, and he'd put a fake name and everything and the number where to call me at. And so I would just tell them what hotel to come to and the room number."

She says some of the men who came to that Santa Barbara hotel would ask her age. She told them she was 19, though she looks much younger. 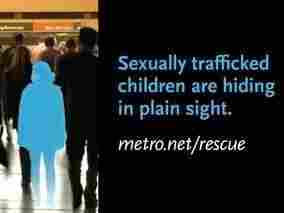 This billboard is part of a campaign to raise awareness about child sex trafficking in Los Angeles. It was launched at area bus and rail stations about four months ago. Courtesy of LA County Metro hide caption

Today, she is a resident of Children of the Night, a private group home for children involved in prostitution. Here, she has been given a second chance.

"I wasn't the person who I really am, and I didn't get a chance to have the teenage experiences," she says.

Not all of the kids pulled from the streets of Los Angeles County are as lucky to make it to a place as Children of the Night.

Some wind up in the girls units of Los Padrinos Juvenile Hall, a regular stop for Hania Cardenas and Michelle Guymon of the Los Angeles County Probation Department.

Cardenas says they are working hard to change the perception of the girls to victims rather than criminals. "But we still have to bring them here unfortunately because there is nothing in the community that would keep them safe," Cardenas says.

The girl they came to see? She had just been released from the hospital. She was hit by a car.

"They think it was the trafficker because she wanted to leave and her facial structure was fractured, two black eyes, they had to resuscitate her twice. She's got a broken leg in three places," Guymon says.

"The worst things you can imagine happen to these girls. I mean, continuous rapes and beatings and branding," Cardenas says.

Back on the street, officers Humphries and Korth are juggling a full caseload.

"We come away thinking to ourselves, 'Good Lord, we've seen it all.' And then the next case is kind of the same thing. You just never hear it all," Humphries says.