Accessibility links
Some Israeli Parents Rethink Ritual Circumcision A debate is growing among Israel's secular Jewish majority over the question of whether to circumcise newborn sons. The vast majority still chooses to have the procedure done, but voices of dissent are on the rise. 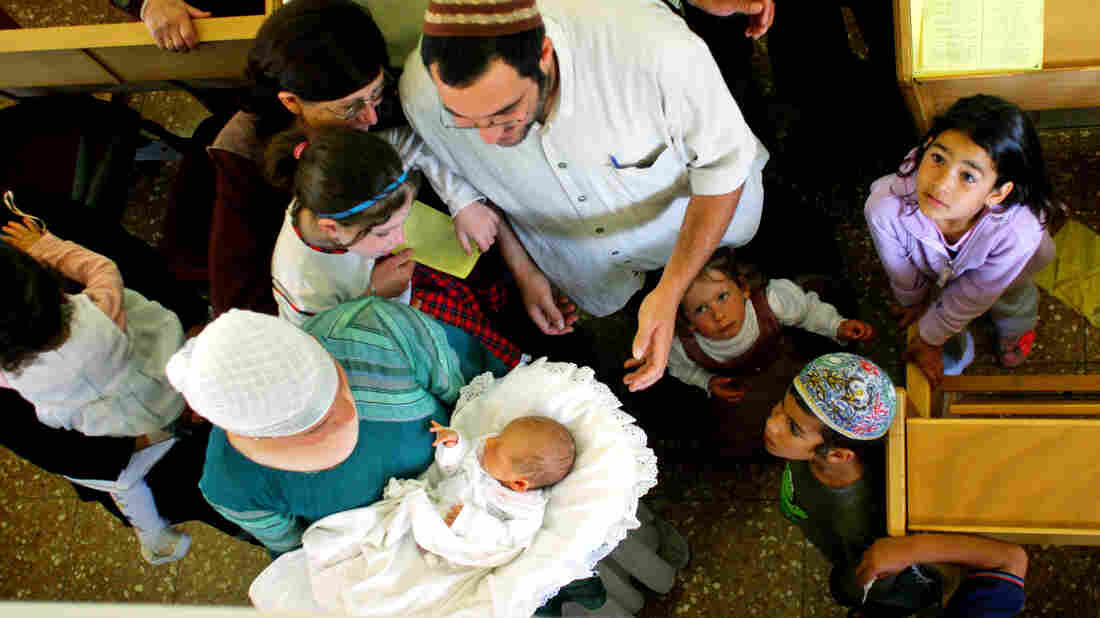 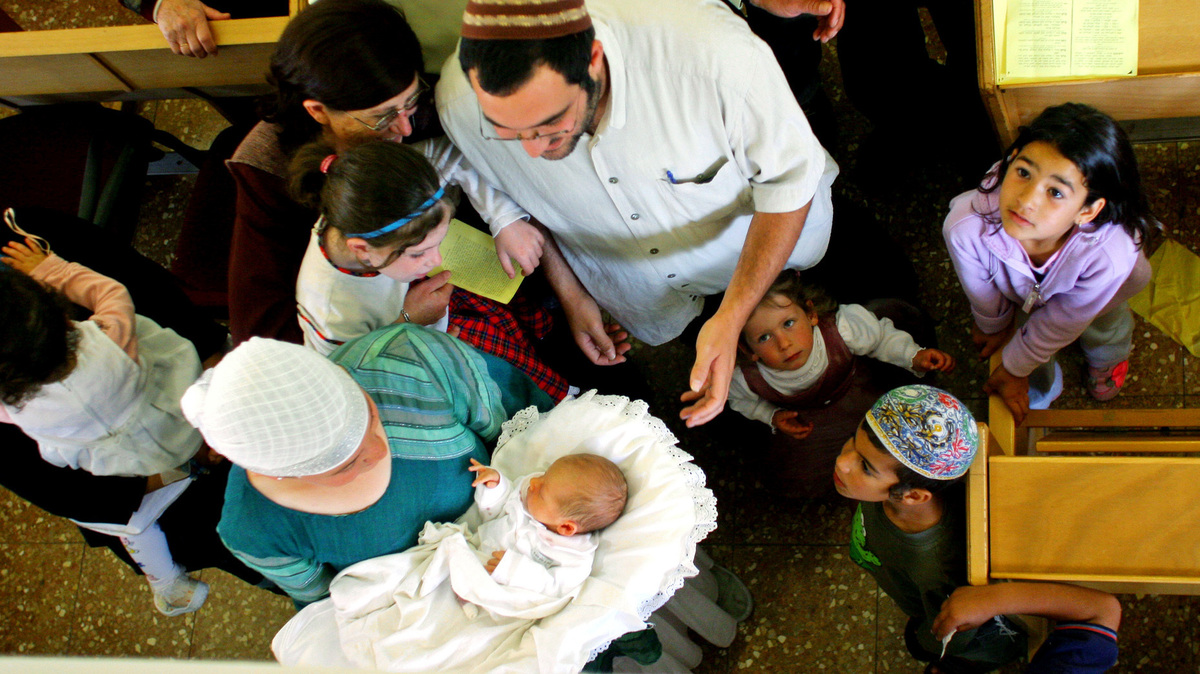 The question of whether to circumcise a newborn son is no question at all for most observant Jews. In Europe, the practice has come under fire. This summer, a German regional court ruled that circumcision is physical abuse, and a Swiss hospital temporarily banned the procedure. The debate has infuriated Jewish community leaders there.

In Israel, even the most secular Jews overwhelmingly have their sons circumcised. But the debate in Europe has drawn attention to a still small but growing number of Israeli Jews who are forgoing the procedure.

Many Israelis think like Uri Nathan, whose son was recently circumcised. Even though Nathan isn't a religiously observant Jew, he figured that he was circumcised, his father was circumcised, so why break a tradition his family has kept for generations?

"I'm actually feeling proud to do this to my son," he says. "To have him as part of my people."

These days, though, there are expectant mothers who are rethinking the ritual, like Hila Petreikov.

In 1997, a few Israelis founded an advocacy group called the Organization Against Cutting Babies' Sex Organs. The name was just as provocative as the message. Just registering the group in the phone book took some convincing, says anti-circumcision activist Ronit Tamir.

"I wanted to put it in the yellow pages," she recalls. "So the agent taking the information from me said, 'What is it, who is cutting babies? You are exaggerating.' "

The group later changed its name to Whole Child. In 2000, Tamir helped found another group, the Forum for Parents of Intact Children. It was a kind of support network for parents who were still a little nervous about their decision to forgo the custom.

"We thought that one day, when the babies will be grown-ups or teenagers, they will experience social problems, or maybe health problems, that are related to the foreskin," she says.

But no one ever had any problems, Tamir says. She used to keep a list of parents whose kids were uncircumcised, but five years ago the numbers were getting so large she stopped counting. There are no official statistics, but Tamir estimates about 20,000 boys in Israel — still a small number — are uncircumcised.

This summer, Haaretz, a liberal Israeli newspaper, ran a long article about parents who have given up the rite. For Rabbi David Stav, it was a wake-up call.

"As a matter of fact, I met someone who told me that one of his friends, after reading that article, decided not to have circumcision on his son," Stav says. "As a result of that, we understood that it is time to do something."

Stav heads Tzohar, an organization that encourages secular Jewish Israelis to connect to religion. The group trained 12 ritual circumcisers to put a happier face on circumcision. They promise to charge just $200 — cheaper than many. The group plans to spread the word in hospital delivery rooms.

For the past decade, the American Academy of Pediatrics has said there's not enough scientific evidence to recommend the practice. But the group is about to update its position.

The Washington Post reports that the pediatric association still won't recommend routine circumcisions, but it will say circumcision can prevent some diseases and is beneficial to public health.

In Israel, if there's one thing that both sides of the debate are happy about, it's that the ritual is no longer an automatic task, like changing a diaper. More parents in Israel today are actually taking a moment to think about it.