Accessibility links
'Sleepwalk' Never So Awake As When Star Is Asleep Comic Mike Birbiglia's autobiographical Sleepwalk with Me, adapted from his one-man show and novel, chronicles the exploits of a guy struggling with commitment, his career and an unusual sleepwalking affliction.

'Sleepwalk' Never So Awake As When Star Is Asleep

'Sleepwalk' Never So Awake As When Star Is Asleep 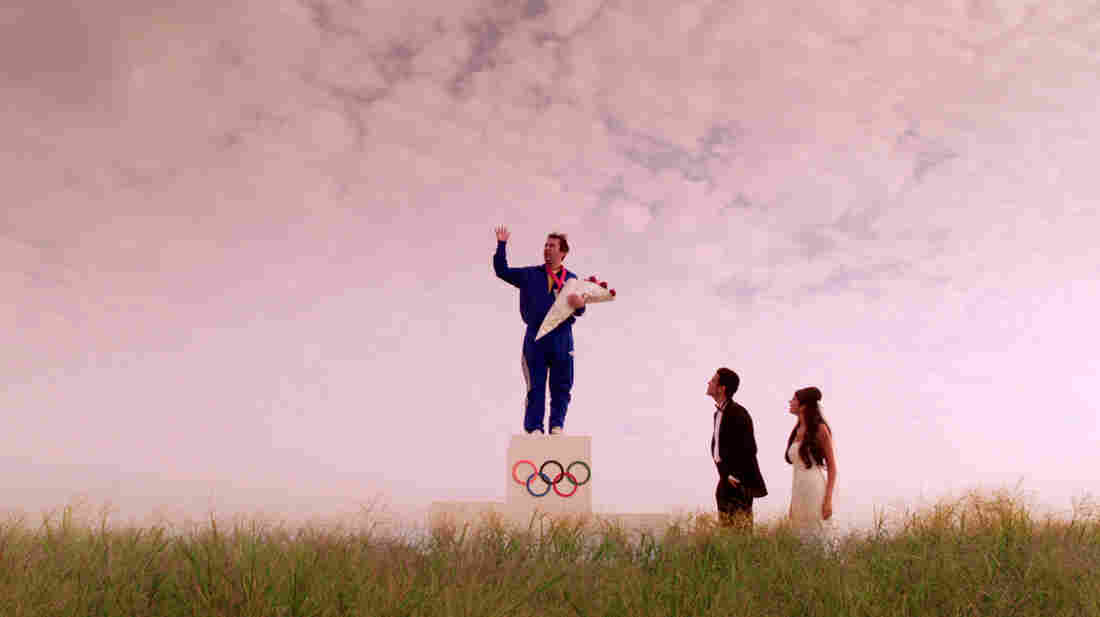 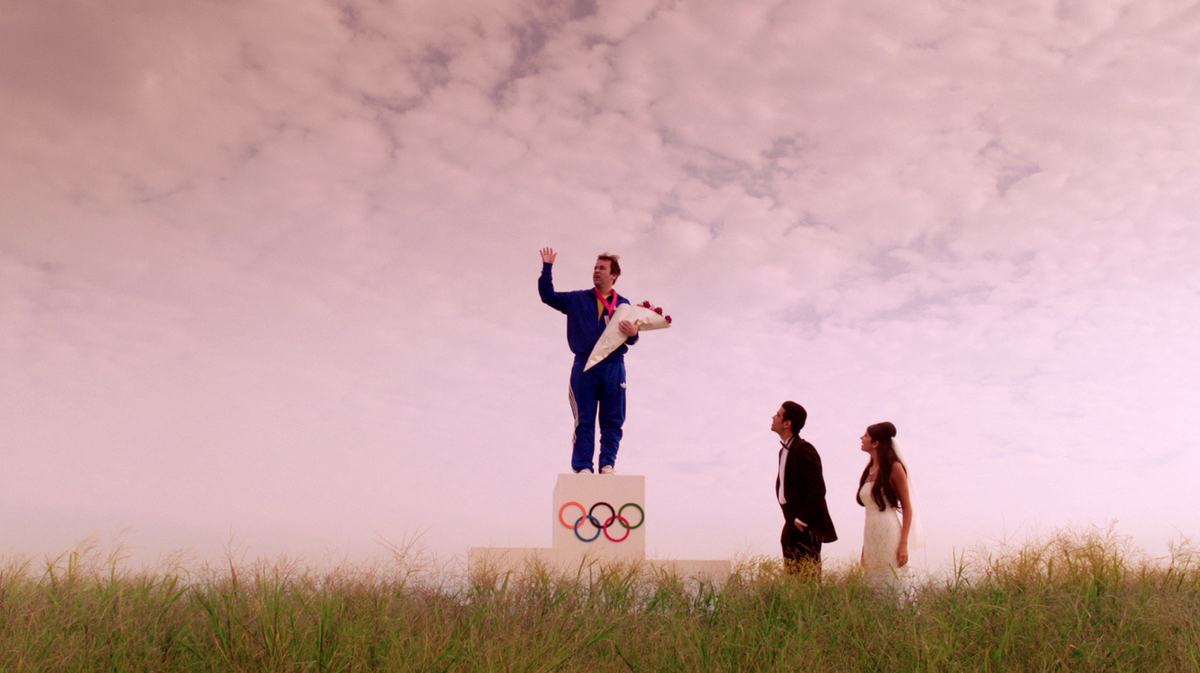 Matt Pandamiglio (Mike Birbiglia) faces elaborate sleepwalking hallucinations while he struggles to accomplish anything substantial in his waking life.

Mike Birbiglia's autobiographical comedy Sleepwalk with Me is about at least three things, in ascending order of significance: the lead character's fear of commitment, his wayward efforts to launch a career as a standup comedian, and his strange proclivity for getting out of bed in the middle of the night and making loud, nonsensical proclamations like, "There's a jackal in the room!"

Lots of people hesitate to commit, and plenty of people aspire to unrealistic careers. But not everybody wanders around in his PJs ferreting out invisible wildlife, and that's the angle of Sleepwalk with Me that's most fascinating, and ultimately most touching.

Birbiglia, an unassuming and somewhat passive presence, stars as a fictionalized version of himself named Matt Pandamiglio, a fairly recent college grad who has just moved in with his girlfriend, Abby (Lauren Ambrose). Like most young people, Matt has no idea what to do with his life. He hopes to get a foothold in standup, but the best he can do, as he puts it, is to land a job at "a bar where they have comedy." Cut to an image of poor, sad Matt swabbing down a restroom floor, though he also tends bar and occasionally gets a chance to take the stage when there's a little extra time to be filled between acts.

Meanwhile, Abby, the love of his deeply discontented life, appears to be growing restless for marriage and perhaps even a baby. It doesn't help that Matt's sister has just gotten married, and that his parents, played by a delightfully mismatched James Rebhorn and Carol Kane, seem to wish he'd start pushing his life in a definitive direction. 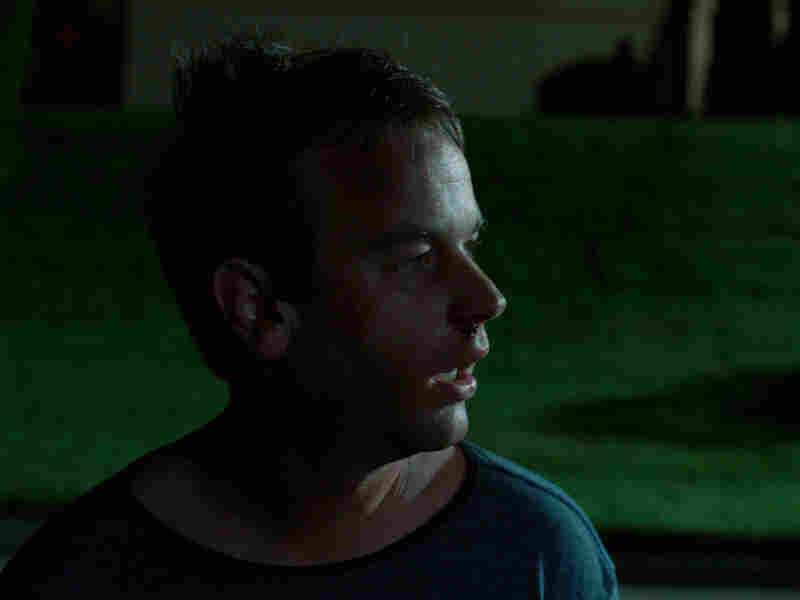 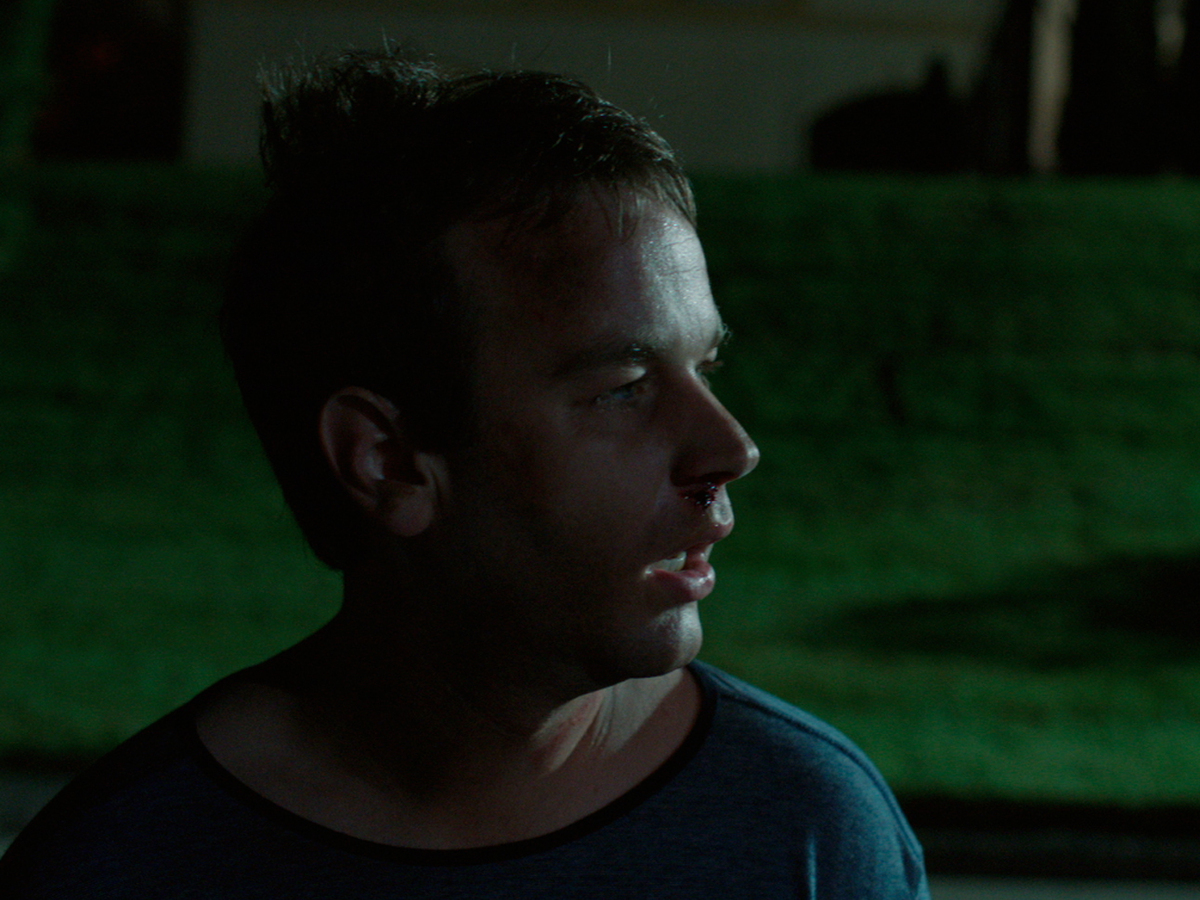 Matt often wakes up in places he doesn't remember venturing to — part of his REM behavior disorder.

Matt isn't a confrontational type, and he responds to these pressures by escaping them: After connecting with a grouchy, barely efficient agent (played by a crotchety-funny Sondra James), he takes a series of standup gigs across the Northeast that barely pay enough to cover the cost of gas and lodging.

Unfortunately, too much of Sleepwalk with Me fixates on Matt's ineptitude as a standup novice; he gets better as the movie progresses, but by that point, we see only dots and dashes of his polished routines. Matt's learning curve is probably supposed to be entertaining, or endearing, or something, but mostly it just sends the movie lurching into inertia.

And while Matt whines and kvetches, onstage and off, about his reluctance to settle down with Abby, she's at home holding down the fort — and presumably paying the rent. That's a reality the character never even acknowledges.

It's much easier to feel sympathy for Matt — and for Birbiglia — as we learn more about those mysterious, thorny sleepwalking incidents, which, Matt discovers, are caused by REM behavior disorder. (Birbiglia suffers from this condition in real life, and though it can be somewhat controlled by medication, there's no real cure.) At one point Matt awakens in the shower, believing he's being sprayed with hot pizza sauce. (It's a long story.)

Later, he has an episode that genuinely endangers his life. Birbiglia and Barrish stage the moment skillfully: It's both funny and deeply unnerving, the point at which you recognize just what's at stake for this character. Everything else — the commitment stuff, the standup business — pales in comparison. Unfortunately, it also eats up most of the movie. It's only through sleepwalking that Matt really wakes up.