Accessibility links
U. Of Colorado To Students: No Guns In Dorms, Please The University of Colorado, Boulder, is now allowing students with concealed carry permits to carry handguns in almost all campus areas. The policy follows a state Supreme Court ruling that overturned a university ban on all handguns on campus. 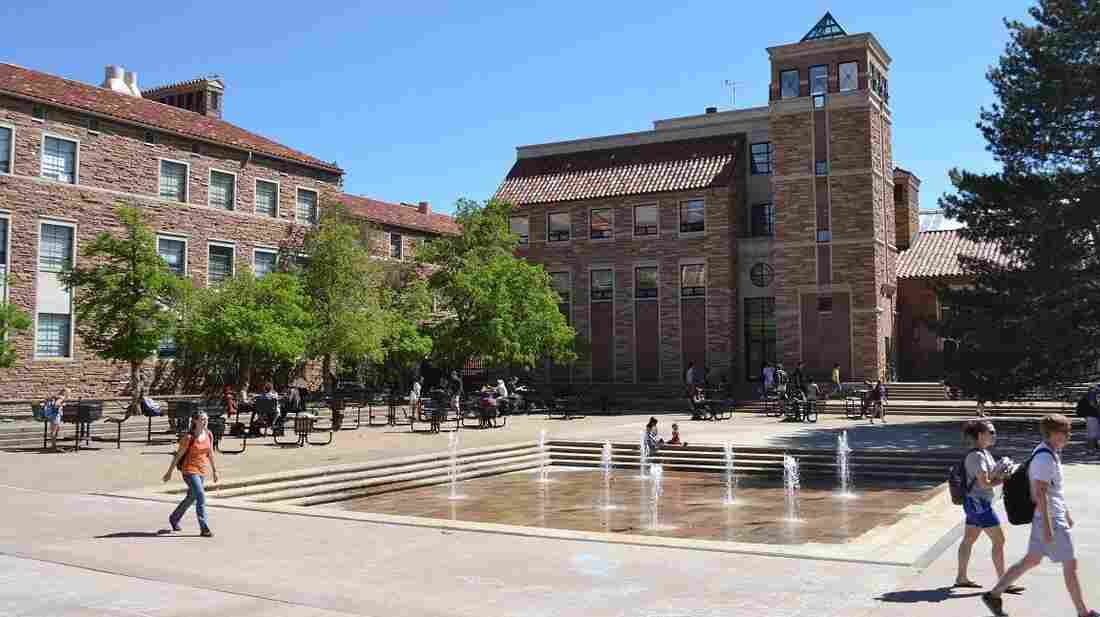 Starting this school year, students with concealed carry permits at the University of Colorado Boulder will be allowed to carry handguns in almost all areas of campus. Kirk Siegler for NPR hide caption 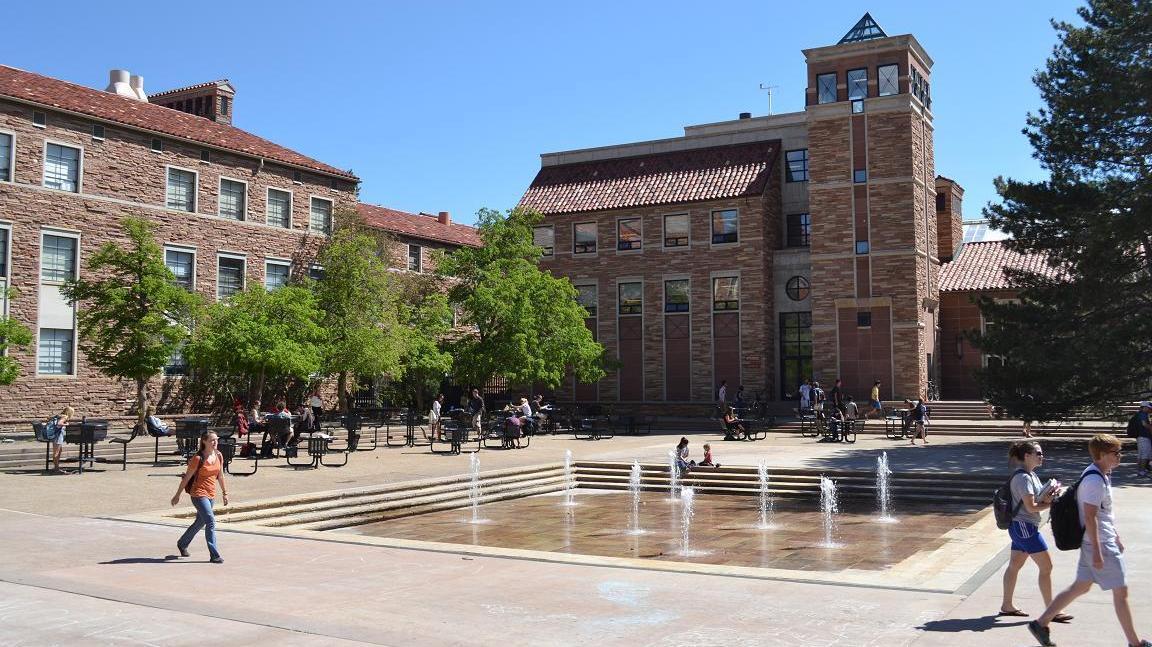 Starting this school year, students with concealed carry permits at the University of Colorado Boulder will be allowed to carry handguns in almost all areas of campus.

Freshmen chatter anxiously as they stream out of their dorms for orientation at the University of Colorado in Boulder this week. There's a buzz and energy around campus that you might expect this time of year.

But Deb Coffin, vice chancellor for student affairs, says one thing is different: "It is legal now to bring your concealed carry weapon with you, as long as you're a permit holder and keep it concealed."

The school has reluctantly complied with the state Supreme Court ruling in March that overturned a campus ban on all firearms. In Colorado, you must be 21 to be eligible for a concealed carry permit. But now, if students have one, they can bring their guns to class, the bookstore, the quad — almost anywhere on the stately campus.

There are some restrictions, however. According to the school's new policy, guns are still banned from sporting events and dorms. All but a tiny fraction of students in campus dorms are freshman and under 21 anyway, Coffin says, and most are just leaving the nest for the first time.

"We're actually more concerned about someone who's not experienced or trained in the use of a handgun getting access to one by accident or on purpose," she says, "and possibly causing injury to themselves or others."

The university would prefer that students with concealed carry permits not bring their guns into on-campus housing at all. But, if students insist, school policy requires them to move to a graduate student housing complex at the far north end of campus.

"CU's policy, particularly as it applies to the dorms, is a policy in search of a problem," says Jim Manley, the attorney who represented the students who challenged the university's gun ban back in 2008. Manley wonders whether the new compliance plan would apply to parents with concealed weapons visiting their children's dorm rooms.

Either way, Manley believes bans like these don't work.

"The Aurora theater where the Batman shooting occurred also had a gun-free policy," Manley says. "But these policies don't disarm criminals, they disarm law-abiding citizens who see the sign and respect the law and say, 'I'm not going to carry in this place because the law doesn't allow it.'"

Manley says students with concealed carry permits should have the right to protect themselves on campus if another mass shooting occurs. His clients brought their suit after the state passed a concealed carry law trumping local bans, but also in response to the Virginia Tech shootings.

Joe Ramsburger, an incoming freshman from Florida, is unloading an SUV in front of Farrand Hall. He can understand why guns won't be allowed in his new dorm, but he says he can see both sides.

"Especially with what happened in Aurora a couple of weeks ago, and Virginia Tech, and all of the stuff that's happened on college campuses now," Ramsburger says. "You never know what's going to happen."

Most major universities still do not allow guns on campuses under any circumstances. That is just fine with Cindy Rosenthal of Scottsdale, Ariz., who was on campus this week helping her freshman daughter move in.

"Yeah, it makes me very uncomfortable, sure," Rosenthal says. "I definitely would not feel safe if they allowed guns on campus, in the halls. I would not be comfortable with that at all."

This is the first Rosenthal has heard that concealed weapons are now allowed on most of the campus. And it's not yet clear how many students at this university, known for its liberal politics, will be affected by the new policy. School officials say they have not yet received any requests from concealed-carry permit holders who want to bring guns to their dorms.