Accessibility links
U.S. Faces Growing 'Insider Attacks' In Afghanistan The top U.S. commander in Afghanistan cites multiple reasons for the increase in attacks by men in Afghan uniforms. Taliban infiltrators, friction between NATO and Afghan troops, and even Ramadan are all seen as factors. 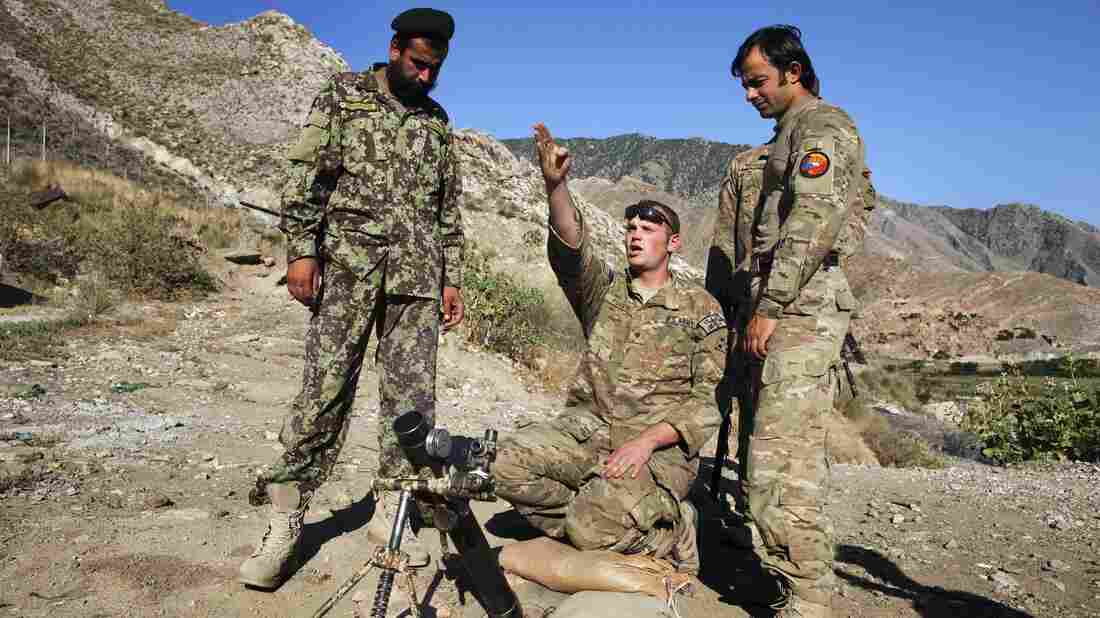 Spc. Ben Purvis (center) helps train Afghan troops on how to use mortars in the eastern province of Kunar in June. The top U.S. commander in Afghanistan, Gen. John Allen, points to several factors in the rise of "insider attacks" on American forces. He says relations between U.S. and Afghan troops are good overall. Lucas Jackson/Reuters/Landov hide caption 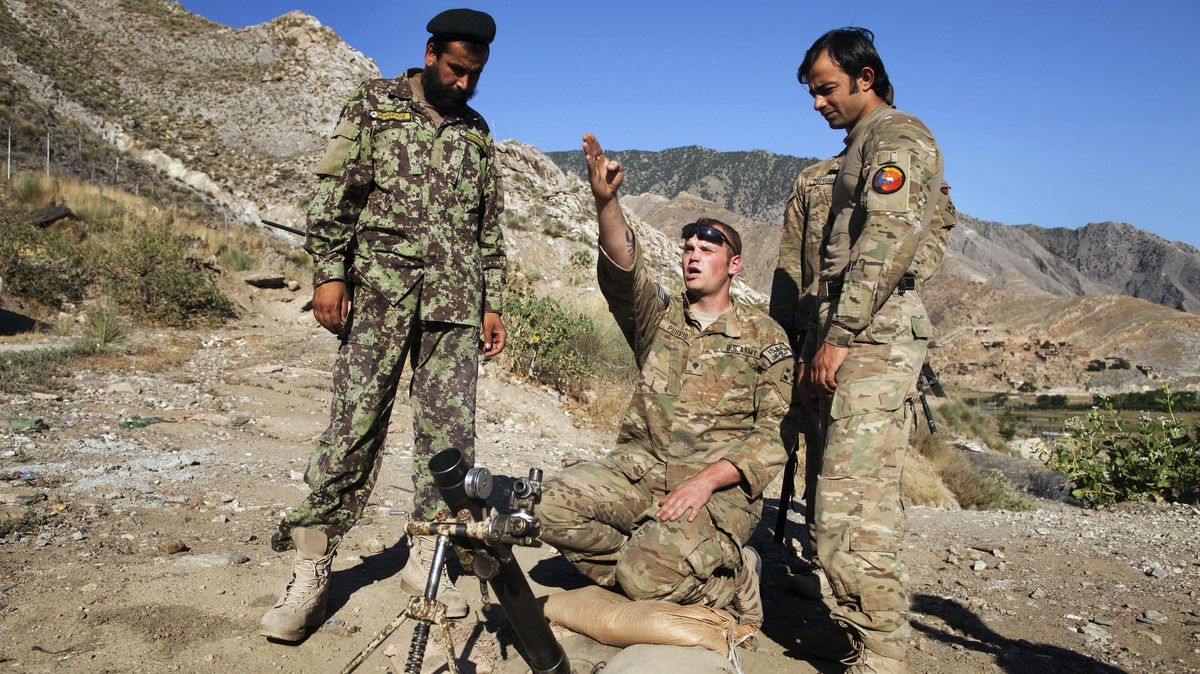 Spc. Ben Purvis (center) helps train Afghan troops on how to use mortars in the eastern province of Kunar in June. The top U.S. commander in Afghanistan, Gen. John Allen, points to several factors in the rise of "insider attacks" on American forces. He says relations between U.S. and Afghan troops are good overall.

Gunmen wearing Afghan police and army uniforms have killed 40 U.S. and NATO troops so far this year, and the top American commander in Afghanistan says there is no single reason — and no simple solution.

Taliban infiltrators, disputes between NATO and Afghan security forces, and even the timing of Ramadan, the Muslim holy month, are all factors, according to Gen. John Allen.

"We think the reasons for these attacks are complex," says Allen, who spoke by video link from Kabul on Thursday. Ten of the American deaths have come in just the past two weeks.

The Taliban have carried out some attacks by dressing in Afghan uniforms or by threatening Afghan soldiers and police and forcing them to kill Americans, the general said.

"Some of them, we do believe, are about infiltration, impersonation, coercion, and we think that's about 25 percent or so," he says.

Allen says other killings are the result of grudges or personal grievances between Afghan and U.S. troops. And he also laid some of the blame on the calendar. Ramadan, when Muslims fast from dawn to dusk, landed in the summer this year, when the fighting in Afghanistan peaks.

"Ramadan fell in the middle of the fighting season, during some of the harshest time for the climate, compounded by the sacrifice associated with fasting," he says. "The combination of many of these particular factors may have come together in the past few weeks to generate the larger numbers."

These deaths at the hands of Afghan believed to be partners have caused Allen to beef up security. U.S. troops are now required to carry loaded weapons at all times. And an armed American, called a Guardian Angel, accompanies U.S. officers to meetings with Afghans.

Some in the U.S. intelligence community think that the Taliban have carried out more than a quarter of these attacks. And the Taliban leader, Mullah Omar, has claimed his fighters are infiltrating the Afghan ranks.

If true, it might be actually be easier to deal with this, according to some analysts.

"I wish it were a Taliban infiltration problem because then it would be a largely counterintelligence problem," says Andrew Exum, a former Army Ranger who served in Afghanistan. He says the U.S. and Afghans can reduce the Taliban threat with better background checks, for example.

Exum says it would be more troubling if the rise in insider attacks means that more and more Afghans are tiring of the American presence.

"If this represents a structural breakdown in relations between Afghan forces and their partners over 11 years of contact, that's a much more difficult problem to address," he says.

Allen says the insider attacks don't signal a breakdown in relations and that U.S. and Afghan forces are working well together.

"Every single day in this battle space there are tens of thousands of interactions with the Afghans," he says. "And in the vast, vast majority of those instances and cases, the result of that interaction is a growing friendship and a deeper relationship."

The concern is that these insider attacks will only increase. That's what the Marines' top officer, Gen. Jim Amos, warned in a recent letter to Marines.

And U.S. troops could find themselves even more vulnerable to these attacks. By the end of next month, more than 20,000 American troops will leave Afghanistan. And large combat forces are being replaced by small American training teams, working with Afghan units.

"We're going to have to accept more risk, not less," says Exum, the former Army Ranger. "The only people that are really going to protect you from these attacks are the Afghans themselves."

That's what Allen thinks too.

"The closer the relationship, the more secure, ultimately, our troops will be," he says.