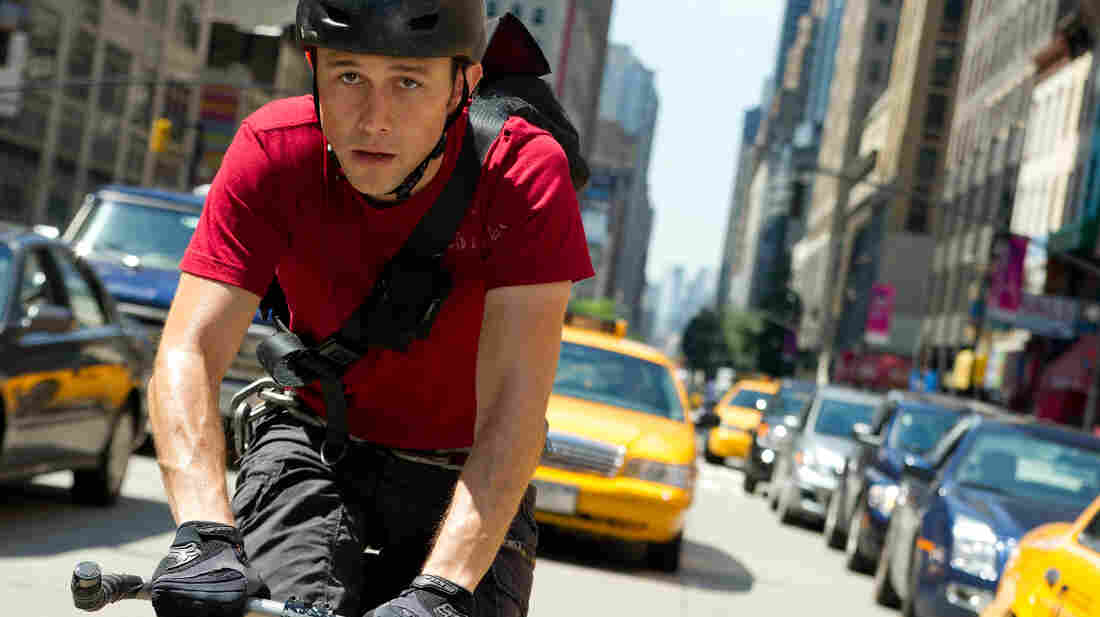 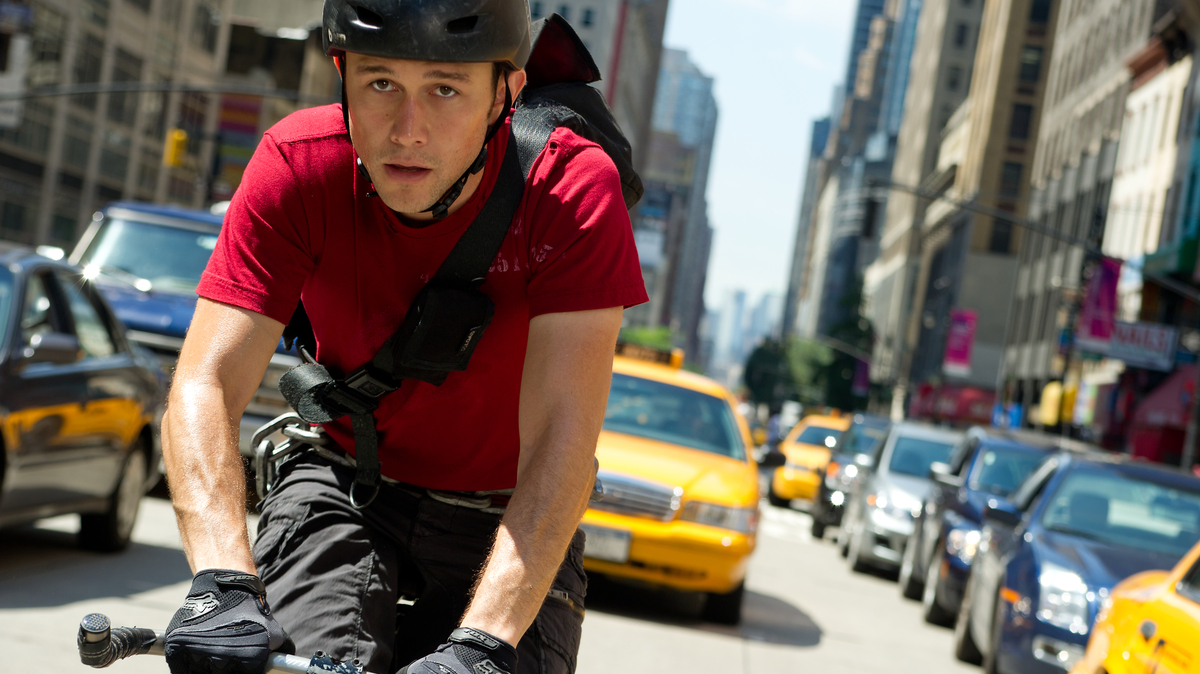 Bike messenger Wilee (Joseph Gordon-Levitt) finds himself carrying a package that leads to a perilous chase.

Rated PG-13 for some violence, intense action sequences and language

A character we've yet to meet flies through the air in slow motion, above a busy New York street, arms and legs splayed. He's wearing a bike helmet, which is a good thing — because as The Who's "Baba O'Riley" pulses in the background and numbers come up on the screen telling us it's 6:33 p.m., he lands with a thud on the pavement.

For a second or two, he lies there staring — at a car careering toward him, a woman mouthing his name, a bike that lies crumpled at his side. You might want to take those moments to catch your breath. You won't be offered many other chances.

Because a few seconds later, the film rewinds, leaping back in time to tell you how he got here: An envelope at Columbia University needed delivering to Chinatown, and as played by Joseph Gordon-Levitt, this guy's a pedal-pumping courier. His name is Wilee (his nickname is Coyote, though he's more the Roadrunner in this story), and almost from the moment he picks up the envelope, he's scooting up alleys and darting against traffic to get away from a corrupt cop who covets what's in it.

Officer Monday, both menacing and hapless as played by Michael Shannon, is at a real disadvantage driving a car. On Manhattan's jammed avenues, he can't begin to keep up with Wiley, who has evidently given up a legal career for what qualifies as something of a contact sport — zipping through Manhattan on a stripped-down "fixie," a bike with no gearshift and no brakes. In a flashback Wilee's girlfriend, who is also a messenger, wonders if he has a death wish; it's a question that might reasonably be asked of the film's actors as well. 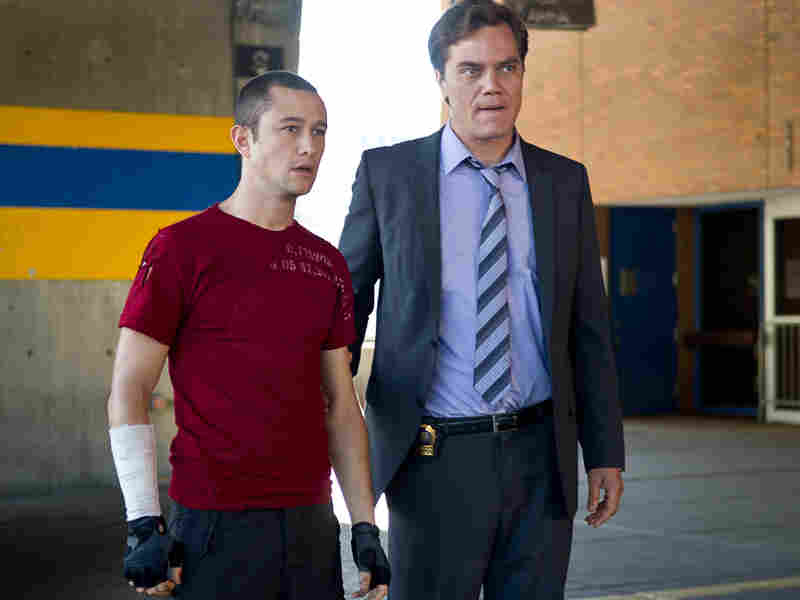 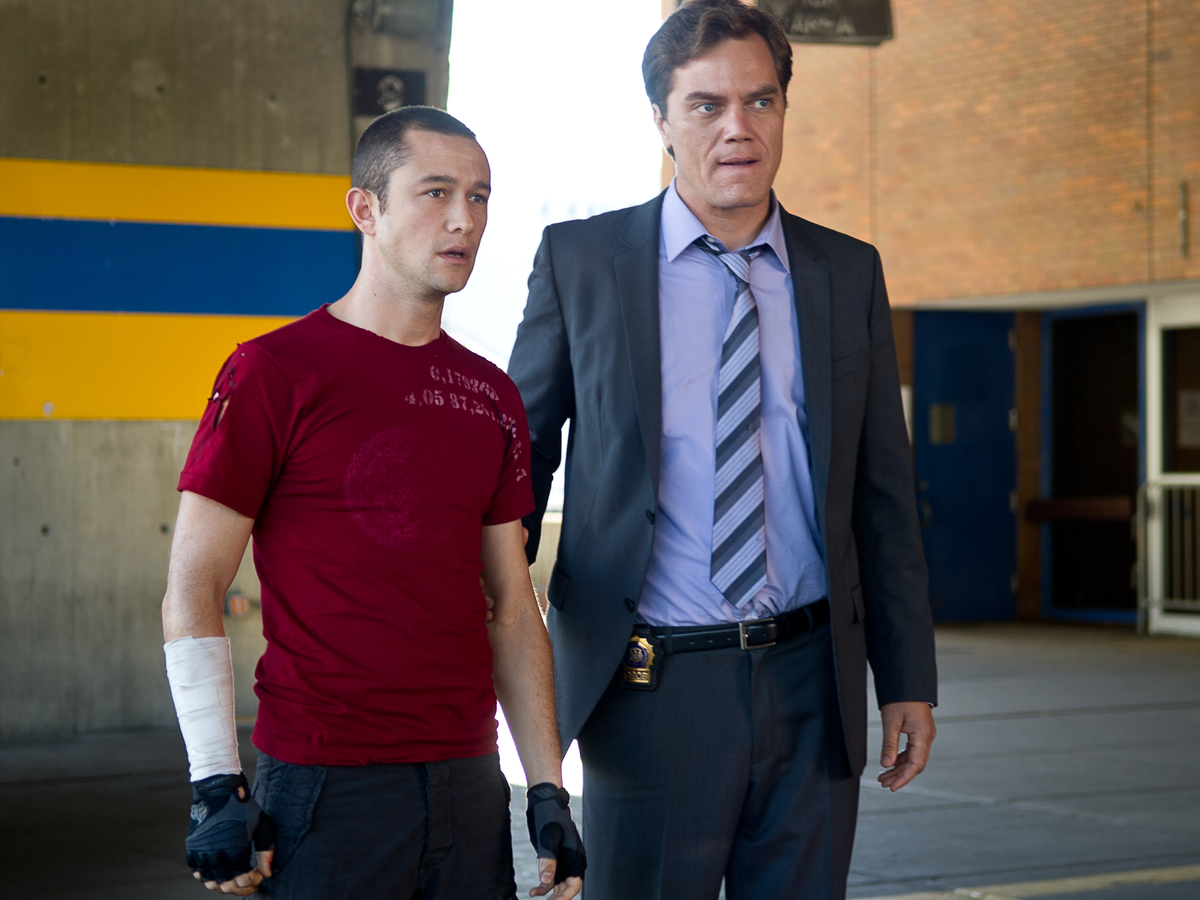 Officer Bobby Monday (Michael Shannon) is interested in what Wilee is carrying.

Writer-director David Koepp, who has penned dozens of action scripts from Spider-Man all the way back to Jurassic Park, doesn't seem terribly anxious to freight any of this with meaning; Premium Rush is just a fun ride.

But the director does do a few things in it that are unusual for Tinseltown: His New York actually looks like New York, with a largely Asian-, Hispanic-, and African-American cast. And that's really New York they're all careering through at breakneck speed, not some studio back lot.

Gordon-Levitt even did a lot of his own stunts — and took his own falls, as an end-credits outtake makes clear. All of which means this young actor's star, already bright — he's currently the most humanizing aspect of The Dark Knight Rises and has the much-anticipated Looper opening next month — will only burn brighter in the Hollywood firmament. It also means Premium Rush offers a pretty decent end-of-summer adrenaline rush.