Accessibility links
An Inmate Firefighter Finds His Proudest Moment In Wyoming, as in several Western states, many wildfires are fought by prison inmates. Daniel Ross, serving time in a Wyoming prison for assault, has spent two seasons fighting fires. He says he's been overwhelmed by the gratitude of the townspeople his team has helped. 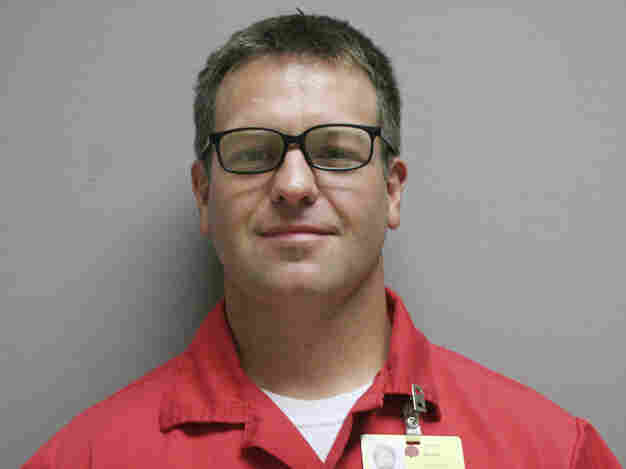 Daniel Ross, currently serving time in a Wyoming prison, is a member of a prison firefighting team. He told StoryCorps about the kindness of those he's helped. StoryCorps hide caption 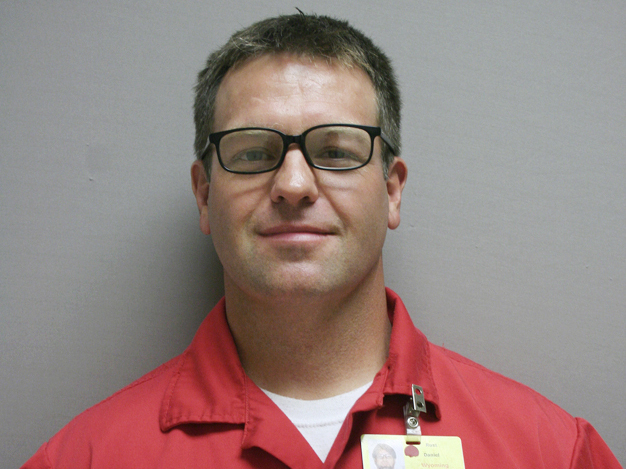 Daniel Ross, currently serving time in a Wyoming prison, is a member of a prison firefighting team. He told StoryCorps about the kindness of those he's helped.

Severe drought has parched huge swaths of the United States this year, the first time since the mid 1950s that drought has affected so much of the nation.

With so much scorched land, the center of the country could be described as a tinderbox; in recent months, severe wildfires have raged across several states. And in at least 10 Western states, including Wyoming, many fires are fought by teams of prison inmates.

The pay rate for the work varies by state; in Wyoming, inmates are paid $1.50 per hour initially, and may be paid as much as $4 per hour, depending on how many fires they fight.

Daniel Ross, 40, works with one of those teams. He's a former crystal-meth addict, currently serving a 17- to 50-year sentence for aggravated assault against a Wyoming police officer.

Last year was Ross' first experience with firefighting. "That first night, we were just dripping sweat," Ross recalls. "Can't see nothing. Coughing. Eyes are all watering. And these trees just exploding in front of me. I was horrified."

Ross says fighting fires is one of the hardest things he's ever done — but that the risks are well worth it.

"When we go on the fires, people treat you different," says Ross. "Even if they do know you're an inmate, alls they see is a hard-working person that's helping them. And it feels great."

His work on the team has had a deep emotional impact on Ross. He recalls another time, when his crew was dispatched to help the southern Wyoming town of Saratoga.

"At the end of our stay, townspeople wanted to donate us a prime rib dinner," he says.

"Now, we don't get prime rib very much here in prison. And I'd noticed that these people that were waiting on us, in this really fancy, beautiful restaurant, were in plain-Jane clothes."

Before the team was served their main course, Ross says, "the owners came up, and they said, 'I want to introduce you guys to the people that volunteered to help wait on you tonight.'

"And all these townspeople got up and gave their testimonies. And they said that we helped save their lives, you know. And I was just overwhelmed to see it in their eyes and to hear it in their voices.

"It was so moving that I had to get up and go compose myself," Ross says. "That was my proudest moment, hands down."