Accessibility links
Pre-Election Legal Battles Target Voting Rules New laws on voter identification and early voting are being challenged in court. Some cases could drag on until Nov. 6, Election Day, and beyond. The outcomes will affect voters, and maybe even the results. 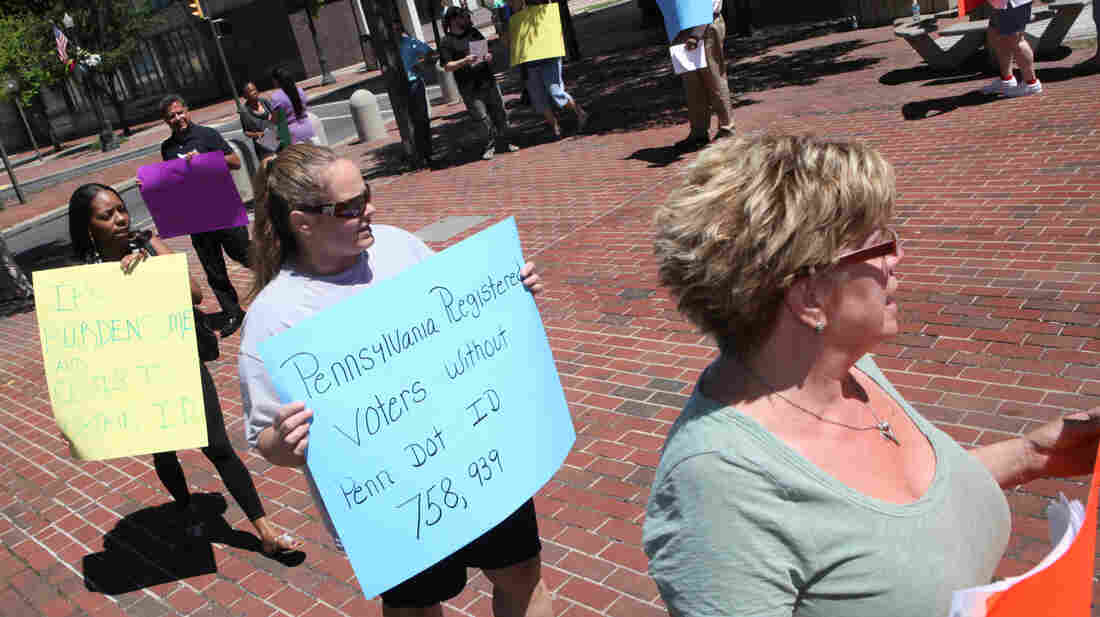 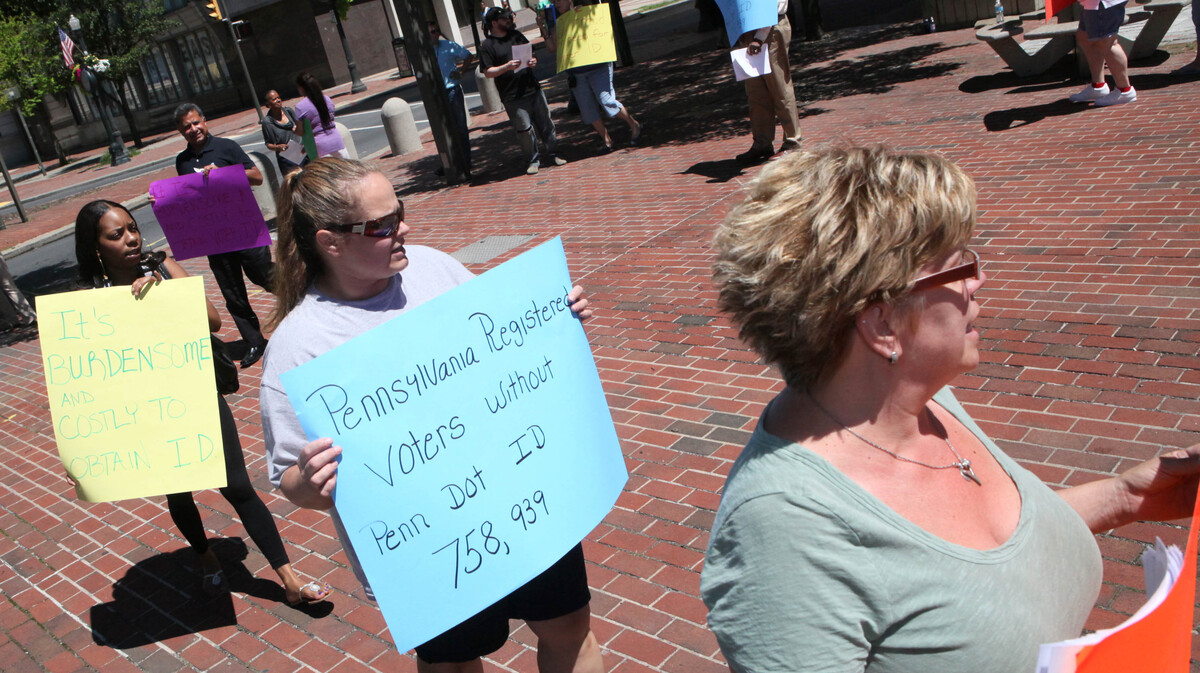 If you vote, you might very well be confused about what the rules will be when you go to cast your ballot this fall. There's been a flood of new laws on things such as voter identification and early voting, and many of them are now being challenged in court.

Some cases could drag on until Nov. 6, Election Day, and beyond. The outcomes will affect voters, and maybe even the results.

Last week alone, a Pennsylvania judge rejected an effort to stop that state's new voter ID law from going into effect. A federal panel blocked Florida's plan to limit early voting hours. Another court is expected to rule on a Texas voter ID law any day now. Those are just some of the highlights.

Down To The Wire

Dozens of pending lawsuits are under review by courts in key battleground states.

Edward Foley is an election expert at Moritz College of Law at Ohio State University, which maintains an online database of pending cases. Foley recalls the chaos of the 2000 presidential election, and says it's better to work out the kinks now, before the ballots are cast.

"If there is going to be lawsuits, it's better to have them early rather than later," he says.

This year, Foley is closely watching cases in Ohio, Florida and Pennsylvania where the legal battles are especially intense.

"I think everybody knows that they are potential swing states in the presidential election," he says. "And the lawyers know that, and so they know which states might matter the most and where the voting rules might really make a difference."

That's one reason why the Obama campaign is suing Ohio for its cut in early voting hours. Early voters tend to be Democrats.

Foley says another case, SEIU v. Husted, is also worth watching. Labor groups are challenging an Ohio law that would prevent a voter's provisional ballot from counting if a pollworker sends the person to the wrong precinct. It sounds arcane, but Foley says 14,000 Ohio votes weren't counted in 2008 for a similar reason.

A decision in that case is expected soon.

Wendy Weiser of the Brennan Center for Justice in New York is also tracking legal challenges to efforts in Florida, Iowa and other states to remove noncitizens from the registration rolls. Her group argues that it's unfair to do that so close to an election, when mistakes can easily be made.

"Many of these new laws are really just not reasonable election regulations, but rather more illegitimate attempts by politicians to manipulate the rules of elections for their own benefit," she says.

Of course, the laws' sponsors argue just the opposite in court. They say that the laws are needed to make sure voting is fair and free of fraud.

Nowhere is that fight more intense than in the debate over requirements that voters show photo ID at the polls. Advocacy groups say voter fraud is rare, and that hundreds of thousands of people, especially minorities and the elderly, lack the required ID and could be unable to vote. A judge rejected that claim in the Pennsylvania case, but Weiser is undeterred.

The Pennsylvania case is now under appeal. So too is a decision by a Wisconsin judge declaring that state's new voter ID law unconstitutional. And if Texas loses in federal district court, it could very well appeal to the Supreme Court.

Many things are still up in the air, but liberal advocacy groups think they're doing pretty well in court so far. Those pushing new laws in the name of election integrity disagree.

"Oh no, no. People that are in favor of election integrity are winning," says Hans Von Spakovksy of the Heritage Foundation, and a leading advocate of voter ID.

Von Spakovsky says he's encouraged by the Pennsylvania decision and earlier ones upholding ID laws in Indiana and Georgia. He sees a winning streak ahead.

"[Be]cause when it actually comes to providing evidence that these laws are somehow discriminatory, they're unable to do so, because they're not discriminatory," he says.

He notes that the even the lead plaintiff in the Pennsylvania case, a 93-year-old Philadelphia woman, was able to get her photo ID the day after the judge ruled.

But that state case is hardly the final word. The Department of Justice is investigating whether Pennsylvania's law violates the federal Voting Rights Act, and that case too could end up in court.