Accessibility links
Lance Armstrong: When A Hero Lets Us Down The Hall of Fallen American Heroes is long and wide. There is a portrait of Bill Clinton. Over there is a sculpture of Tiger Woods. Toppled from that pedestal is Gary Hart. Watch out for the broken busts of John Edwards, Richard Nixon, Pete Rose, Mark McGwire and many, many others. Should the curators now make room for Armstrong?

Lance Armstrong: When A Hero Lets Us Down

Lance Armstrong: When A Hero Lets Us Down 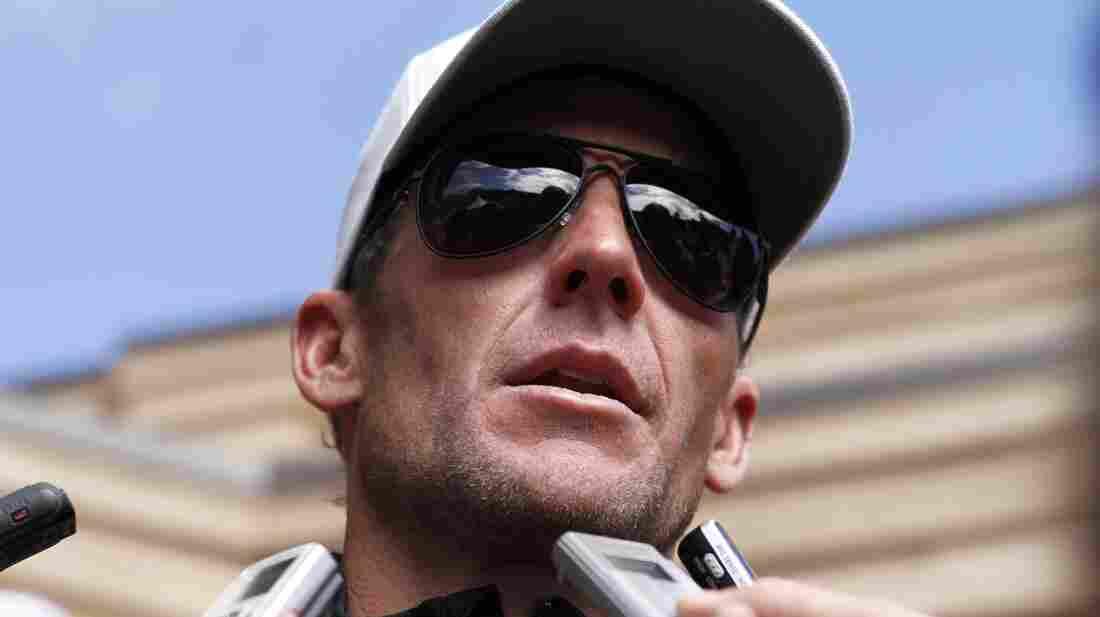 Lance Armstrong speaks to the media after the February 2011 Xterra Nationals triathlon. On Friday, the cyclist said he would no longer fight doping allegations. Jim Urquhart/AP hide caption 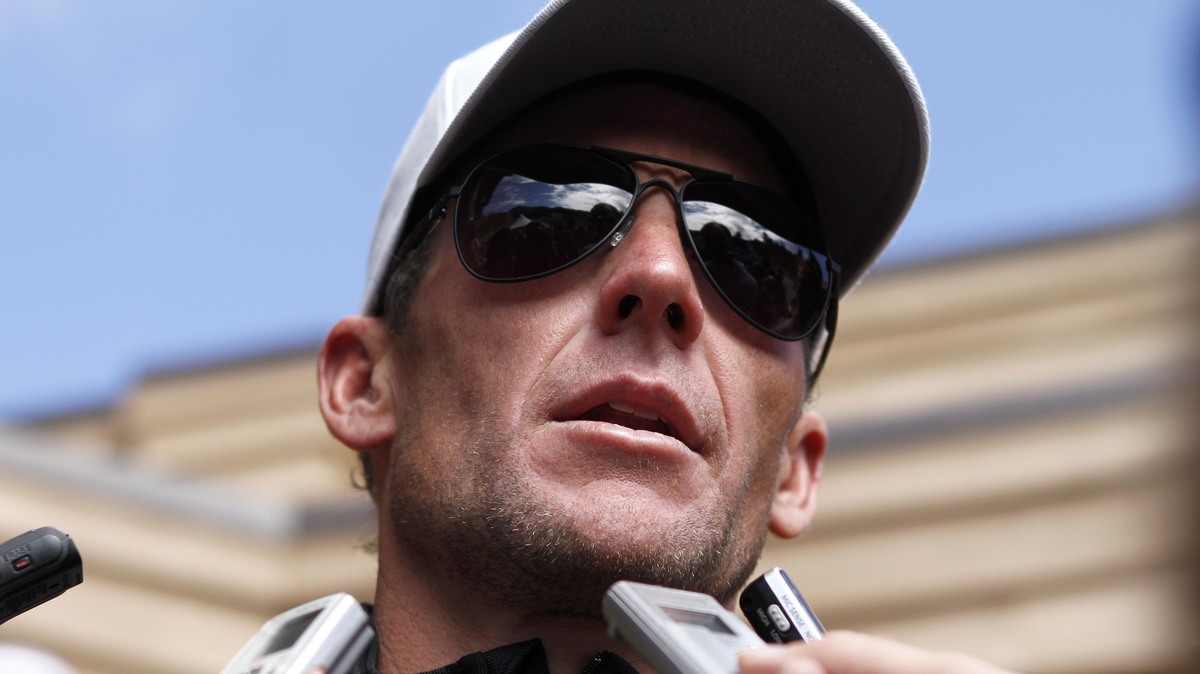 Lance Armstrong speaks to the media after the February 2011 Xterra Nationals triathlon. On Friday, the cyclist said he would no longer fight doping allegations.

Lance Armstrong. He has a superhero's name, right out of the comic books. He moved from conquering stages of one kind — bike racing — to stages of another kind — cancer. He's chiseled and driven and known all over the world.

But now we learn that the superhero has given up in one of his biggest battles. He says he will no longer continue to fight charges by the United States Anti-Doping Agency that he used performance enhancing drugs to win bicycle races.

Because of the charges — and the subsequent stripping away of seven Tour De France titles — the popular image of Armstrong may be forever tarnished.

To some, Armstrong will be seen as a fallen idol. To others he remains a powerful symbol of someone who battled against the odds. The simplicity of loving him as a winner, however, has grown very complicated.

But in early 21st century America, we are accustomed to complex heroes — people thought to be good who ultimately disappoint. Our popular culture is teeming with conflicted champions and superheroes who discover their dark sides and turn out to be mirror images of archenemies.

So how are we supposed to feel about Lance Armstrong?

"When I was following Lance's tour victories," Stokes says, "I kind of knew in my heart of hearts that he was getting some help."

As a purveyor of high-end bikes, Stokes knows well the world of high-level professional biking. "It's dog eat dog," he says.

But Armstrong's apparent straight-from-the-lab advantage was OK with Stokes because he sensed that many other professional cyclists were pumped up on performance enhancing drugs as well. "I sort of knew that everybody was doing it," he says.

Get A Handle On The Lance Armstrong Story

After all, bicycle racers have been trying to improve their endurance and speed for decades. "They were taking strychnine in the '20s and '30s," Stokes says. Enhancement was "always sort of a given."

Stokes is especially bitter that the Anti-Doping Agency continued to pursue Armstrong. Going after, and finally triumphing over Armstrong, Stokes says, comes at a great cost for biking. "There won't be positive fallout from this."

They are, he says, "making everybody look bad."

On one hand, Stokes says, Armstrong is still a winner. He has battled cancer. He has started the Lance Armstrong Foundation that employs a lot of people and has raised piles of money for cancer research and awareness. Countless bicyclists and other people wear — and are inspired by — the foundation's bright yellow Livestrong wristbands. Stokes worries what might happen to those heroic efforts.

But Stokes also takes the news somewhat personally. He pauses and recalls magical moments — watching Armstrong break away on mountains and cross the finish lines first, time and time again.

"I don't think I'll ever get that feeling back," he says with a sigh. "There's a shadow over everything now. But that's just life."

The Hall of Fallen American Heroes is long and wide. There is a portrait of Bill Clinton. Over there is a sculpture of Tiger Woods. Toppled from that pedestal is Gary Hart. Watch out for the broken busts of Richard Nixon, John Edwards, Pete Rose, Mark McGwire and many, many others.

Should the curators now make room for Armstrong?

If Armstrong did what he's been accused of — and no longer officially refutes — does he belong in the museum of marred masterpieces?

As Shapiro points out, our society is already addicted to performance enhancement technology for ourselves. We use drugs and machines and other boosters to work and play in more advanced ways than our ancestors.

Such behavior creates tacit acceptance of performance enhancing in sports as we cheer on athletes to break one record after another, says Shapiro, who wrote a novel, Morphed, about doping athletes. The result is a demand for ever greater, often drug-supported, superheroic feats.

Rather than fight against the evidence, Shapiro says, Armstrong should have taken the opportunity "to commit himself to helping to wipe out doping, especially for young kids and young athletes, because he is a hero to them."

Maybe our adoration is misplaced. Perhaps we should all be focusing on the feats and not the performers. Heroes let us down; heroics don't.

In a 2009 Psychology Today piece about our fascination with the destruction of heroes, Lawrence Rubin, a psychology professor at St. Thomas University in Miami, posited that rather than focus on our fascination with fallen heroes, "we should turn attention from them to ourselves, and search for real and tangible ways to be heroic in our own lives."

Following the Armstrong news, Rubin says in an interview, "Heroes are part of both popular and the broader culture as well."

They "are the rarefied and purified elements of the best of humanity," Rubin says. They are "the distilled essence of our hopes, dreams, strength and desire for immortality."

Ultimately, Rubin says, sullied superheroes do teach us something about ourselves. Fallen heroes "don't let us down. Their 'fall' merely reflects the inevitability of our mortality — the inescapable awareness of our fragility and transience."