Accessibility links
Meet Peter Lassally, Late Night 'Host Whisperer' From Johnny Carson to Jon Stewart, producer Peter Lassally has helped make many a talk show host. Still, he says, just because you're funny doesn't mean you'd be good at late night. "The gift that I keep looking for in people, whether they're hosts or guests, is likeability," he says. 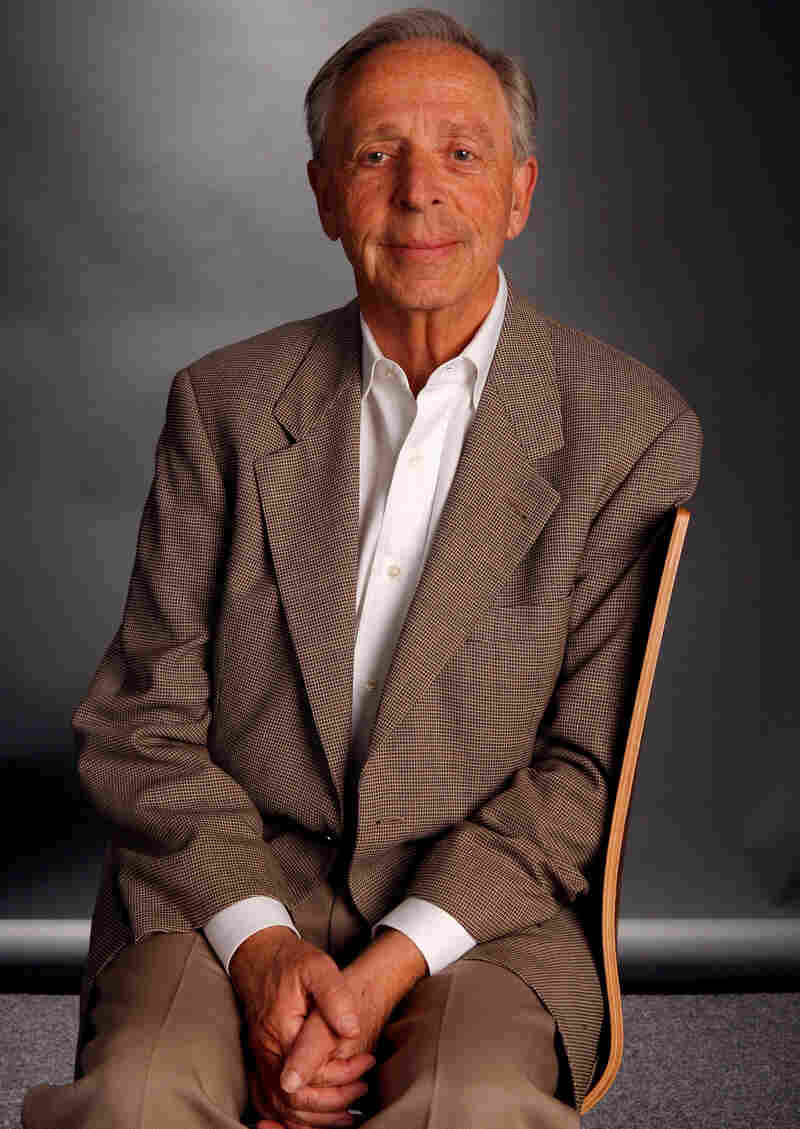 Longtime late night producer Peter Lassally tells Scott Simon that being interviewed for NPR is a "big, frightening experience." "I'm not a performer," he says. "I'm a quiet person who doesn't like to blow his own horn." Mark Mainz/Getty Images for AFI hide caption 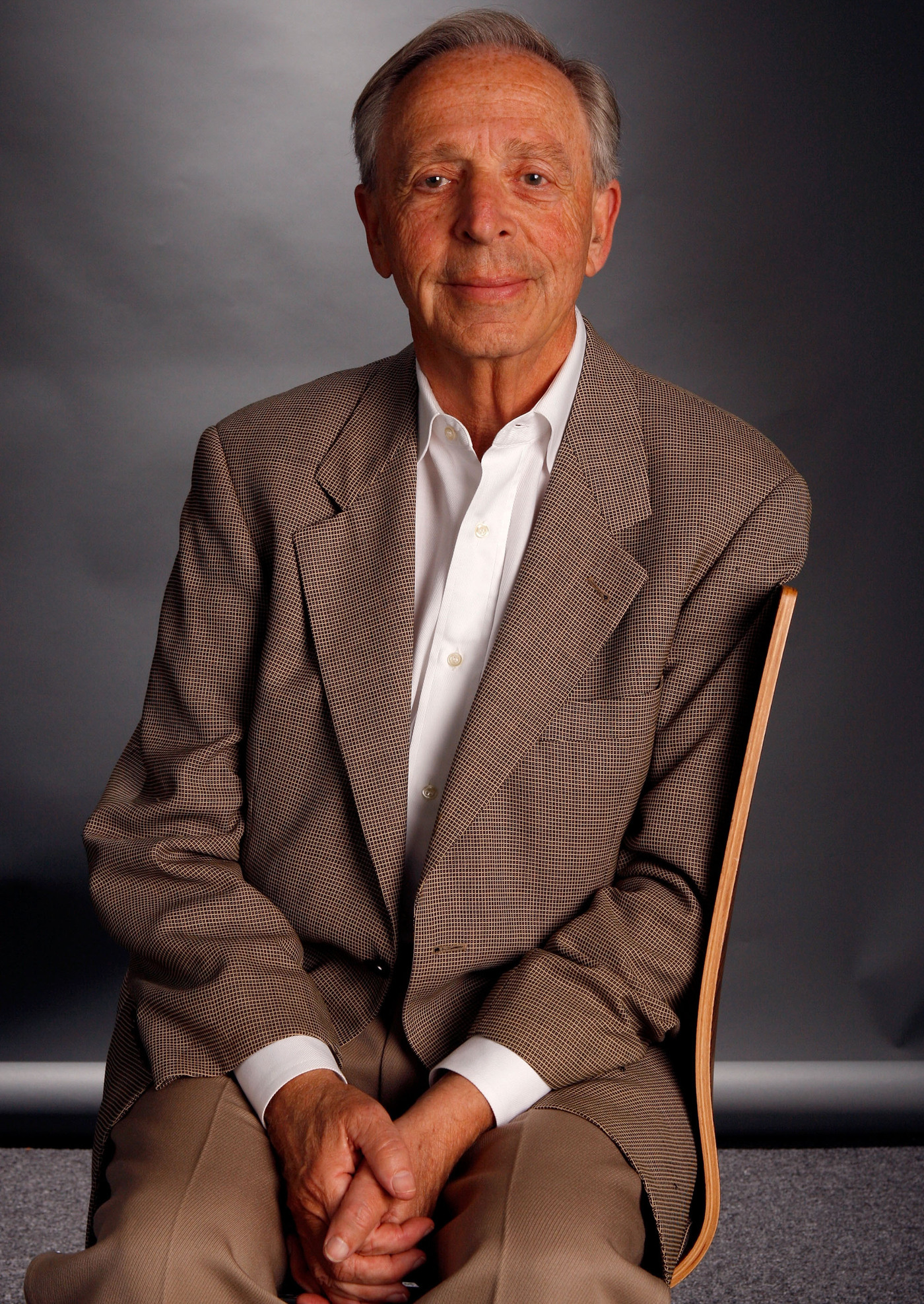 Longtime late night producer Peter Lassally tells Scott Simon that being interviewed for NPR is a "big, frightening experience." "I'm not a performer," he says. "I'm a quiet person who doesn't like to blow his own horn."

Peter Lassally is known as "the host whisperer." If you've ever watched a late night show with an opening monologue, a couch and guests bouncing off each other, then you've seen his work — he practically invented the form.

Lassally produced The Tonight Show with Johnny Carson for 23 years. He also produced Late Night with David Letterman and The Arthur Godfrey Show, which dominated broadcasting in the early 1950s. Now, at 79, he's executive producer of The Late Late Show with Craig Ferguson, which begins its ninth season on Monday.

Lassally has been known to counsel comedians, including Garry Shandling and Jon Stewart, on how a comic, who delivers punch lines, becomes a good host, who gives punch lines to others.

"Being a comedian does not make you a talk show host by any means," Lassally says. "It takes a lot more than that. It helps, possibly, in that you think funny; but doing a standup routine and hosting an interview program are two completely different things."

'Don't Be Too Scottish'

Scottish comic Craig Ferguson became host of The Late Late Show after a round of comedians, actors and talk show personalities auditioned on-air. Lassally says he had two big concerns when it came to hiring Ferguson: First, he was Scottish and not homebred, and, second, he had a strong accent that Lassally sometimes had trouble understanding.

"I was really, really concerned about it," he says. "Turns out, people think it's charming, his accent. My reaction was, 'I have no idea what you just said.' So I was very concerned about that and I shouldn't have been."

When African-American comic D.L. Hughley, who guest hosted The Late Late Show for a week, asked Lassally for advice, he told him the same thing he'd told Ferguson: "Don't be too Scottish." In other words, don't just rely on ethnicity, an accent or personal identity; be a surrogate for the audience.

According to comic Shandling, "One of Peter's real strengths is getting the host to understand how to listen, how to ask the questions that an audience might want to hear, and to listen to the answer and to not be thinking ahead with the joke."

From Nazi Camps To The Rockettes

Lassally's background is tragic and enthralling. He was born into a Jewish family who fled Hamburg, Germany, in the late 1930s and wound up in Amsterdam, where he went to grade school with Anne Frank. He offers an unvarnished observation about Frank, something that could perhaps only come from a concentration camp survivor: "She was not popular. Other girls did not like her. You know, she was a bit of a loner."

The Nazis eventually sent Lassally and his family to the Westerbork camp in the Netherlands, and then to Theresienstadt in Czechoslovakia, a kind of show camp used for Nazi propaganda.

"That was a very strange place," Lassally says of Theresienstadt. "That's where the Nazis fixed up the camp with all sorts of phony, wonderful decor, and invited the Red Cross to come and visit and see what wonderful things they were doing."

But the reality of Theresienstadt was quite different. Lassally's sister, for example, was part of a group charged with building gas chambers. "It was a hard time for all of us," he says.

Lassally's family came to the U.S. in 1947 and by the early '50s he was an usher at Radio City Music Hall in New York and a page at NBC, alongside Regis Philbin. He had gone from the camps to watching The Rockettes.

According to Lassally, if his background had anything to do with him seeking out a career in laughter, it was subconscious.

"I've always been drawn to comics," he says. "I love finding fresh comics, which is harder and harder every year."

The demise of so many comedy clubs and the rise of the Internet have made it harder for comics to develop. It's also encouraged many to imitate already successful acts.

Johnny Carson Gets The 'Masters' Treatment

"The gift that I keep looking for in people, whether they're hosts or guests, is likeability," he says. "I don't care if you have the No. 1 record or the No. 1 movie; if you're not likeable, I'd rather not put you on because I don't think the audience will stay up."

But there's also something to be said for experience. Lassally recalls the process of auditioning hosts of all ages for The Late Late Show:

"The problem with a young host or a young guest ... [is] they haven't lived long enough to have thoughts of their own and experiences they can use. If you book people from, let's say the Fox sitcoms, they may be very popular and successful, but they have nothing interesting to say. So, yes, I think age certainly helps in giving you something to talk about that might be more interesting."

Age certainly hasn't held Lassally back. Years ago, the producer worked with The Daily Show's Jon Stewart when he guest hosted The Late Late Show. Today, Stewart remains a fan and friend.

"In this business, you are not accustomed to spending a great deal of time around people with a lot of integrity and warmth and honesty," Stewart says. "So when you do, you are somewhat drawn to it, and that's what [Lassally] has in an effortless way."

In an age with so many competing late shows that some have begun to rely on scripted bits, Lassally says he still works for unscripted spontaneity

"I'm still in the game," he says, "and I'll probably continue to do it until I get to be completely senile."