Accessibility links
For Writers, The School Of Hard Cops After more than two decades on the force, retired police sergeant Derek Pacifico is teaching novelists and screenwriters how to create more realistic portrayals of police work. For one thing, he says, real cops never trample an investigation scene. 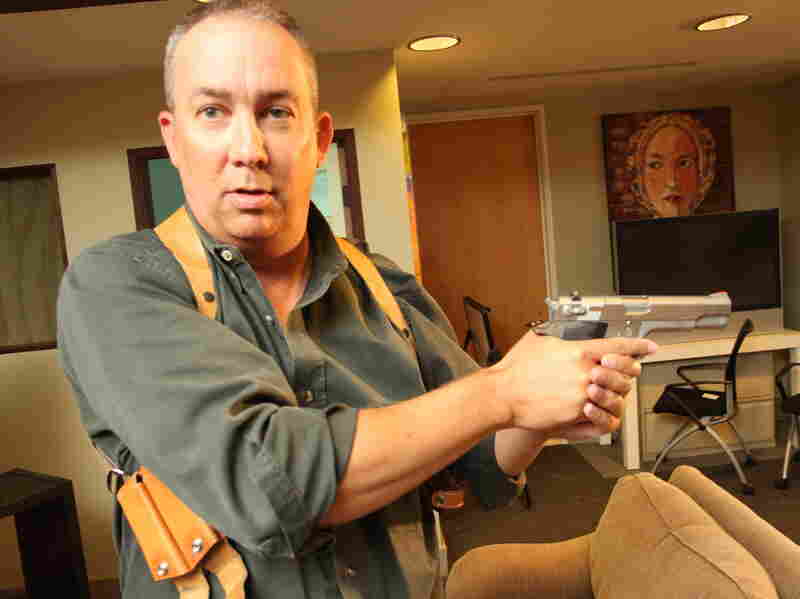 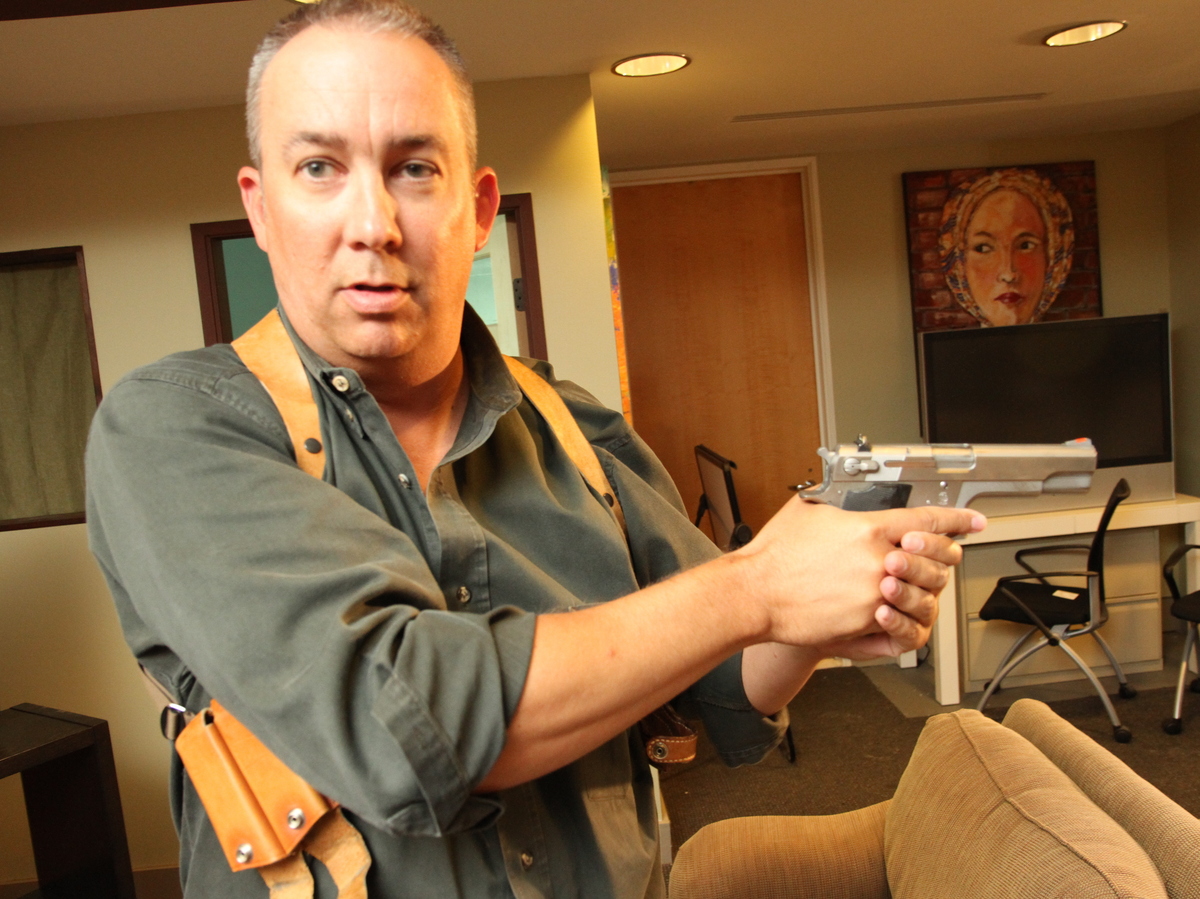 Police procedurals are the spaghetti and meatballs of television programming. With so many permutations of Laws and Order, CSI and wisecracking cops, you can practically see yellow crime-scene tape stretched around the prime-time schedule.

Sgt. Derek Pacifico spent more than two decades with the San Bernardino County (Calif.) Sherriff's Department, responding to emergency calls and walking a beat. He has investigated close to 200 murders, shootings and other crime cases.

Now, he hopes to teach novelists and screenwriters how to bring a little more realism into their crime stories. His company, Crime Writers Consultations, is teaching a course called the Writer's Homicide School in October in Southern California.

Many writers can use the help. "The No. 1 thing I see in crime scenes is people just trampling all over the place," Pacifico tells NPR's Scott Simon. "Everybody's touching something, and there's just lots of discussions and stomping around right inside of a crime scene that we would never allow."

That's not all, Pacifico says. "It's surprising to me how many people believe that most suspects will invoke their right and remain silent, when in fact, they don't." Bad guys, he adds, tend to have prepared stories that they're eager to try out. "And they're hoping that if they waive their rights and speak to us, they'll be able to baffle us, and we'll leave them alone and walk away."

But sometimes TV gets it right — for a few moments. For example, Pacifico points to an interrogation scene in NYPD Blue, where a detective initially uses "good cop" tactics to get a rape suspect to open up. "That's how we do it," he says. "The rest of the scene, he violates a couple of constitutional amendments by beating him and throwing him against the wall. That's kind of where the wheels come off the wagon with the truth. But it's good fiction TV."

There's a fine line between vernacular and gibberish when it comes to police language on TV, and much of the vernacular is regional. West Coast cops collar "suspects," while in the East they go after "perps," as in perpetrators, Pacifico says. TV can even influence the way police departments use language.

Why are police procedurals so popular? What kind of person becomes a cop?

"First of all, if anyone says they didn't get into law enforcement to drive a police car fast, with the lights and sirens, and come screeching into a parking lot sideways and jump out and tackle a guy, they're lying to you," Pacifico says. "There [are] other greater, noble reasons, but come on man, really? That's why we do it. It's fun. At least a couple times a week, you get another forehead-slapping moment where you just think, wow, this is what stories are made of."