Accessibility links
'The Magus': A Thrilling, Chilling Guilty Pleasure The Magus is the story of a man who wished for adventure — only to be disappointed when that wish comes true. Author Nick Dybek says he identified with the book when he read it at age 20. Was there ever a time you longed for a more interesting life? Tell us about it in the comments. 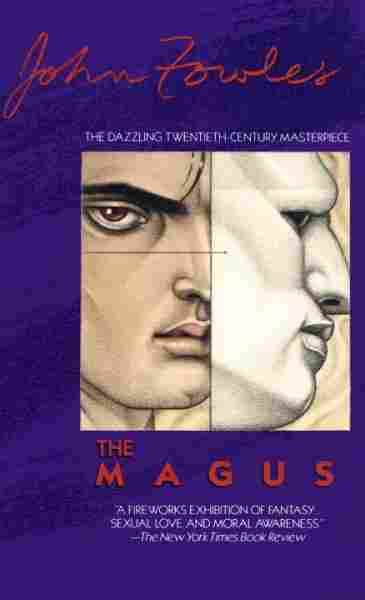 Nick Dybek is the author of When Captain Flint Was Still a Good Man.

The sinister face sneering from the cover is reason enough to keep John Fowles' The Magus tucked discreetly away. Then there's the 600 or so pages inside, which are filled with pretentious riffs on psychoanalysis, metaphysics, fascism and the occult.

Yet, when I first encountered the book at 20, I disappeared for a week. A quick scan of the morning paper showed no Magus news, so I threw it away. At lunch, my sandwich didn't taste like Magus, so I spit it out.

The book is narrated by Nicholas Urfe, a young Englishman who takes a teaching job on a Greek island only to be pulled into a complicated game of deception by the resident eccentric millionaire.

Conchis (whose name seems to be a pun on conscious) specializes in hypnotism and psychological manipulation, and the plot occasioned by his trickery is so convoluted it makes Lost seem like one of Aesop's Fables. Is the mysterious woman who comes to dinner the ghost of Conchis' dead lover? Or a schizophrenic patient? Or an actress held against her will? And was that a satyr chasing a nymph through Conchis' backyard?

And why does everything in the novel have to reference mythology or literature? Even while watching a "blue film" the narrator manages to allude to Artemis, Apollo, Anubis, Desdemona and Othello, and sums up the experience with the phrase, "I was Iago."

There's plenty to roll your eyes at here, but so what? The novel's setting is exotic, roaming from Greece to France to the isolated forests of Finland. The plot's twists and turns are riveting, and Fowles' pacing is masterful.

But, if I'm honest with myself, I didn't fall in love with the setting, plotting or pacing. I connected with Urfe's unjustified longing — which I, too, felt acutely at 20.

Fowles' narrator is a man of no special talent or distinction, who nonetheless feels life owes him more than it has offered. He's blessed with an education, a middle-class life and even a love interest with whom he sleeps late and goes to French movies. And yet he finds himself wondering: Is this it? As he says, with typical myopia, "The pattern of destiny seemed pretty clear: down and down, and down." 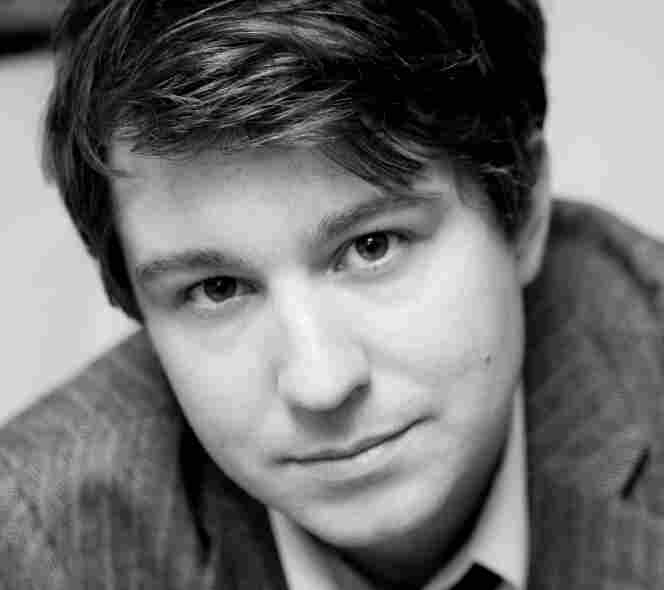 Nick Dybek is the author of When Captain Flint Was Still a Good Man. Melissa Blackall hide caption

Getting mixed up with Conchis offers his life a shape and proves that he is special. For a while anyway, he believes that his old life — his real life in the real world, with its small victories and disappointments — was just a dull smear of dust on the outside of the magical life he was supposed to live.

Maybe this kind of wish fulfillment is the guilty pleasure inherent in all fiction. And I'm not embarrassed to say that at age 20, I was seduced by the idea that a mysterious, glamorous and romantic life might lurk beneath the banal surface of my days, just as it waited behind the silly cover of Fowles' novel.

I'm slightly more embarrassed to say that, when I revisit the novel more than 10 years later, I still feel the pull of its fantasy. And I realize that part of me is still waiting for the mysteries of my own life to begin. At least I know that they wait inside Fowles' pages, and for that reason, The Magus might still be my favorite novel.

My Guilty Pleasure is edited and produced by Ellen Silva and Rose Friedman with production assistance from Andrew Otis.